The following is a chapter from the book Dr. Max Sandreczky and the Marienstift Children’s Hospital which chronicles the history of our building; this excerpt, the final chapter of the book, briefly tells the story of Shevet Achim. 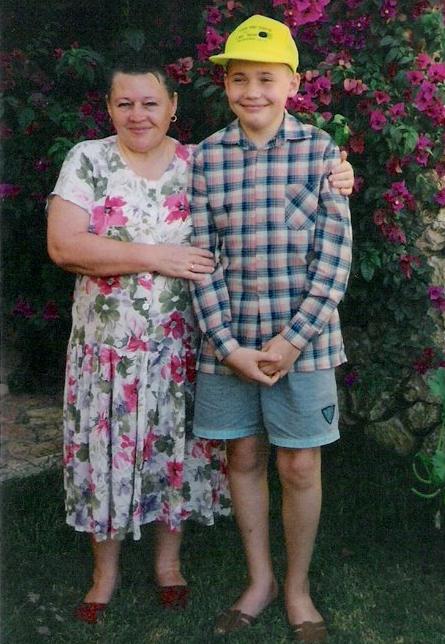 The amuta (Hebrew for “non-profit organization”) began its work in the summer of 1994. An American journalist was volunteering with a Christian organization, helping with the resettlement of Russian Jews, when a non-Jewish Ukrainian woman asked him to help her 13-year-old son Andrei, who needed a bone marrow transplant at the cost of $64,000. The professor in charge of the program at an Israeli hospital said that without treatment Andrei would die within a few months, and he believed it possible to save him. “But I have to tell you one thing: he could be dying in the doorway of the emergency room and we won’t let him through the door until every dollar has been paid.”

In response a coalition of Jews and Christians, secular and religious, came together to raise funds, and also asked the hospital to become a partner by lowering the cost. The professor said that would never happen, but within a few weeks the hospital management did agree to lower the cost by more than one-third.

“Tell me, how did you do this?” asked the professor.

Andrei had his transplant and appeared to be cured of his leukemia. A year later word came from the Ukraine that he had suddenly sickened and died. But he and his family knew that everything possible had been done for him, and that Andrei’s life was just as valuable as that of any other child.

In 1996 the journalist and his family moved to the city of Rafah in the southern Gaza Strip, where they lived in the Shaburra refugee camp. Responsibility for health care had been turned over to the newly-formed Palestinian Authority, and many Gaza children who needed urgent medical care could no longer get referrals to hospitals in Israel.

Dr. Ami Cohen was just starting his work with the amuta Save a Child’s Heart, which helped non-Israeli children undergo heart surgeries at the Wolfson Medical Center in Holon. Cohen wanted to reach Palestinian children but had difficulty making connections with the bureaucracy in the Gaza Strip, so the journalist began to find the children with congenital heart defects and bring them out to Israel.

The trickle grew into a stream and then a river; Cohen was a man of faith whose approach was “just bring the kids, we’ll find the money later.” He died unexpectedly while hiking on Mt. Kilaminjaro in 2001, but his colleagues have carried on and enlarged the program at the Wolfson Medical Center, to date treating more than 1000 Palestinian children. Shevet Achim continues to bring the children from Gaza across the border to Holon.

After the Gulf War ended in 2003 the journalist traveled to Iraq to see what was happening there with children with congenital heart defects. Visiting Saddam’s palace in Baghdad he saw the huge wall murals glorifying the launch of Scud missiles against Tel Aviv; it was hard to imagine that any children from this arch-enemy could ever have heart surgeries in that same city.

But while visiting a hospital in Kirkuk, a two-day-old baby girl was laid on the desk in front of the journalist. American army cardiologist John Scott did a makeshift echocardiogram with a battlefield sonar device, and said the child had transposition of the great arteries and needed surgery in an advanced medical center within two weeks. With tears in his eyes Scott described seeing children like this every week and having no way to help them.

The journalist knew the doctors in Israel would help that child. But would the family and the Iraqi and Israeli governments agree? The family had no passports, and the child needed an emergency procedure done in Baghdad before she could safely travel. It seemed impossible, but once again a coalition came together around saving an innocent child’s life. It was amazing to watch the Baghdad cardiologist, a relative of Saddam Hussein, pick up the phone to discuss the case with Israeli cardiologist Akiva Tamir. With the help of the Israeli embassy in Jordan, within a week the baby was at the Wolfson Medical Center (watch the video of the whole story here).

Once again the trickle has become a stream and may continue to grow by God’s grace. Today some 40 Iraqi children are coming each year for heart surgeries at the Wolfson, Schneider, and Sheba medical centers. Each child and one parent stay at 29 Prophets Street for a few weeks both before and after their heart surgeries, alongside the growing Shevet Achim staff of foreign and local volunteers.

Visitors are always welcome to come and meet the children and share a cup of tea or a meal. Shevet Achim is grateful to work alongside the people of Israel as we still fulfill Dr. Sandretzky’s vision–rooted in the Hebrew scriptures–of loving our neighbor’s child just as we love our own.