The Christ Church International Congregation in Jerusalem’s Old City has been a friend of Shevet Achim for several years, giving our tithes from time to time and supporting when we are able. As a congregation we do what we can to help the needy from all communities in Jerusalem, and in a city where there is often division, Shevet Achim is a wonderful work of reconciliation: a Christian group, bringing mainly Muslim children from Gaza and Iraq to be treated in Israel, which many have been taught is their enemy. The welcome, love and care they receive can transform their world view and open their eyes to something greater than politics.

This year we launched a project during Lent, in partnership with friends in Christ Church, Port Republic, Maryland, USA, to sponsor a boy from Gaza and a girl from Iraq. We printed some flyers with the names and pictures of the children and the printer was so enthusiastic about the project he gave us 10 posters free! 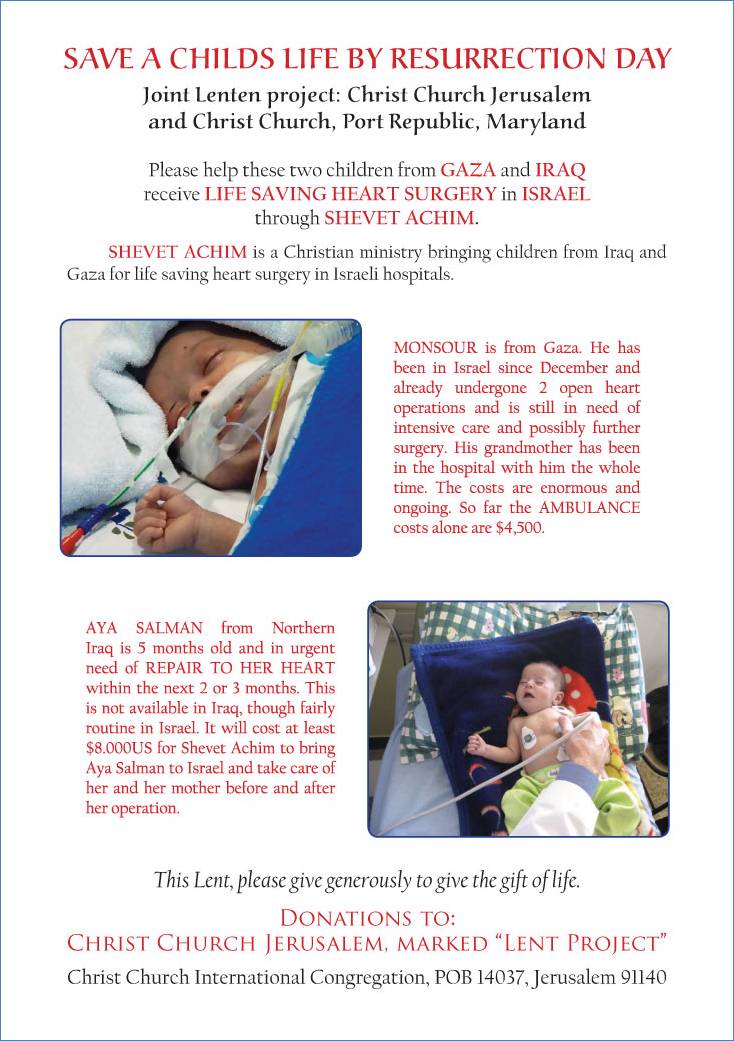 We prayed regularly for the children and the success of the appeal, and at the end of each service explained the project and invited the congregation, which often includes many tourists, to contribute as they left the church. Many were eager to help. Two Dutch musicians also gave a most beautiful harp and flute concert for the project which raised $700. 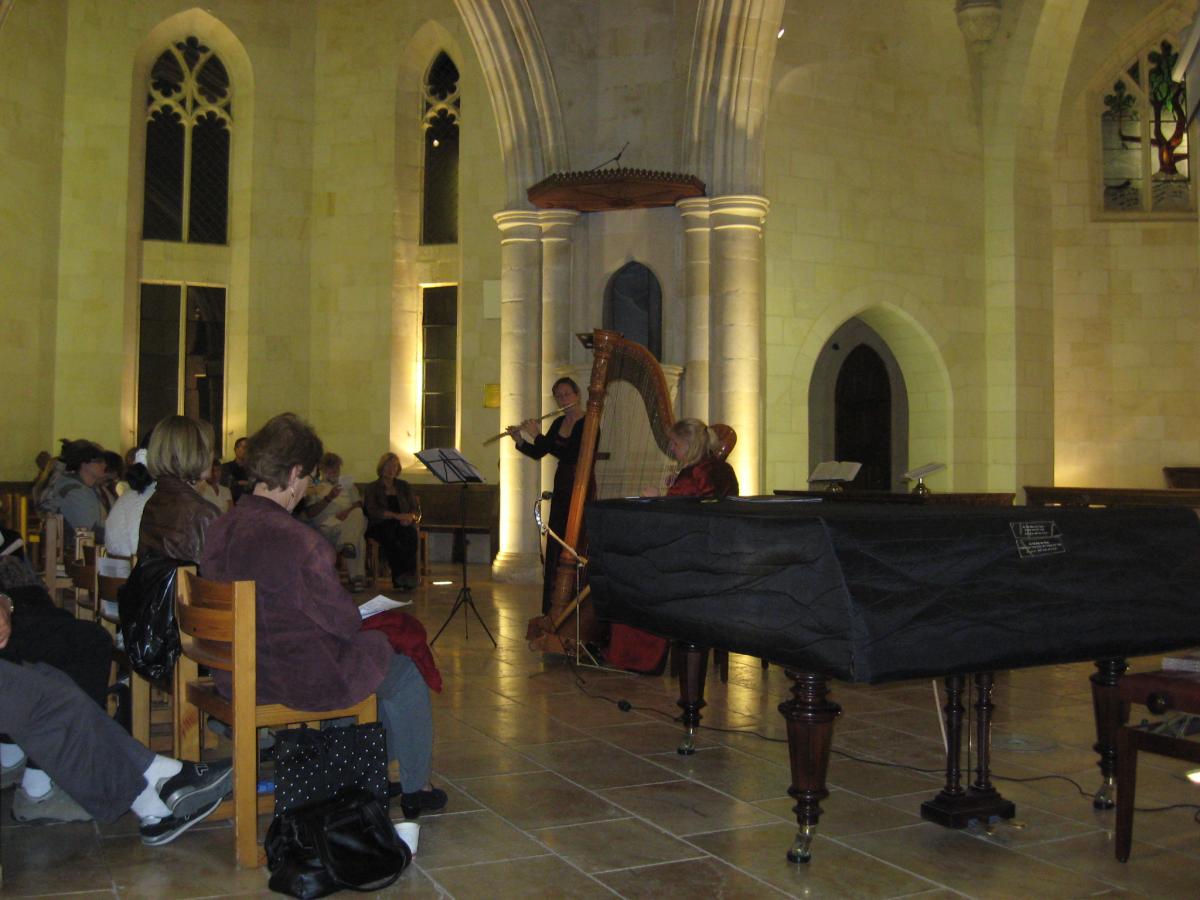 Some of the Shevet Achim staff, Mums and children came to it which made it all the more real. 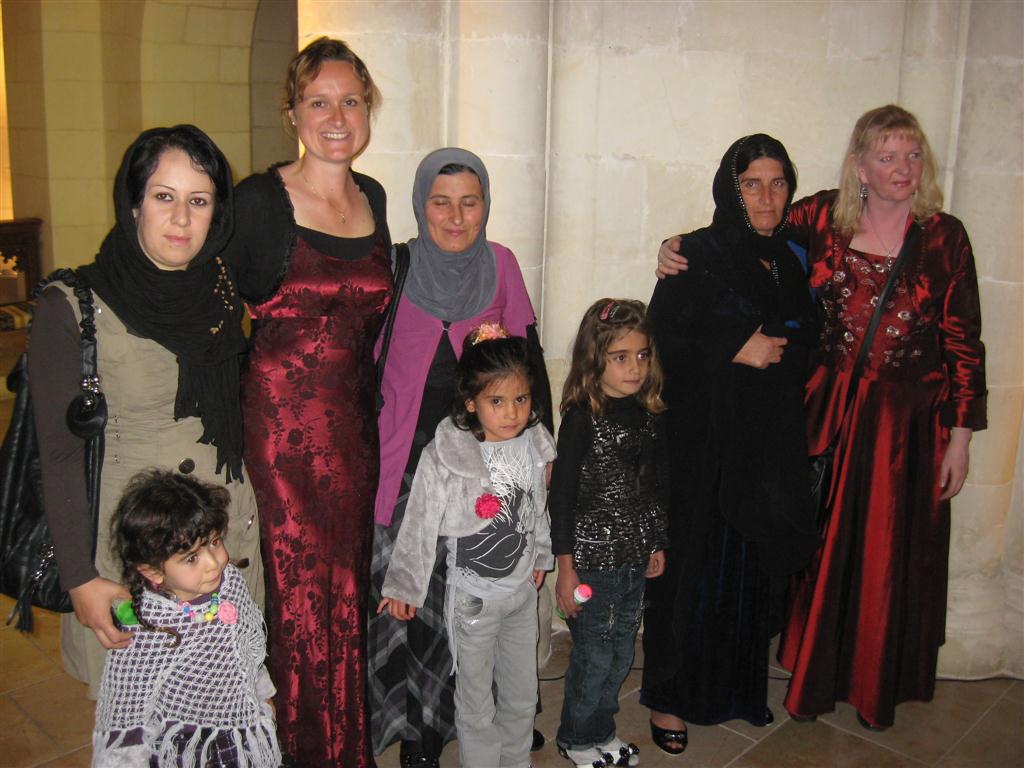 Our partner church in the USA used Lent Boxes for people to collect offerings in their homes. These were opened at Easter. It was exciting to see the basic total ($13,000) gradually being reached, and then surpassed, but also, to get to know some of the staff, and see how encouraged they were when I took the offerings up to them each week. It was really very simple to do, but captured people’s hearts and it is great to know that we have been able to help give two youngsters a chance of life. I would encourage everyone to ask the Lord for ideas that would work in their situation, and have a go. Whether it’s a bake sale, bazaar, concert or bucket at the door, try it! The needs are huge, but if we each do what we can, lives can be saved, communities touched and the Lord glorified.