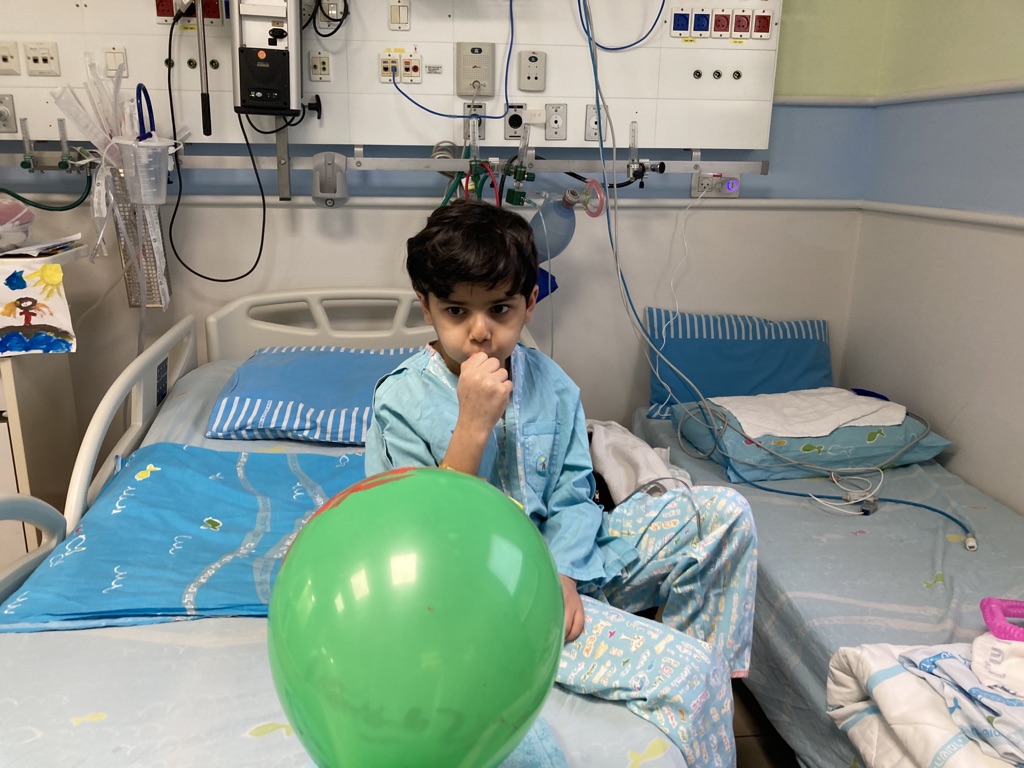 Today I went to Sheba Medical Center to visit Yassin. When I went to his room, his bed was empty and I had to search for him. He’s always happy and active, which I really like and enjoy. 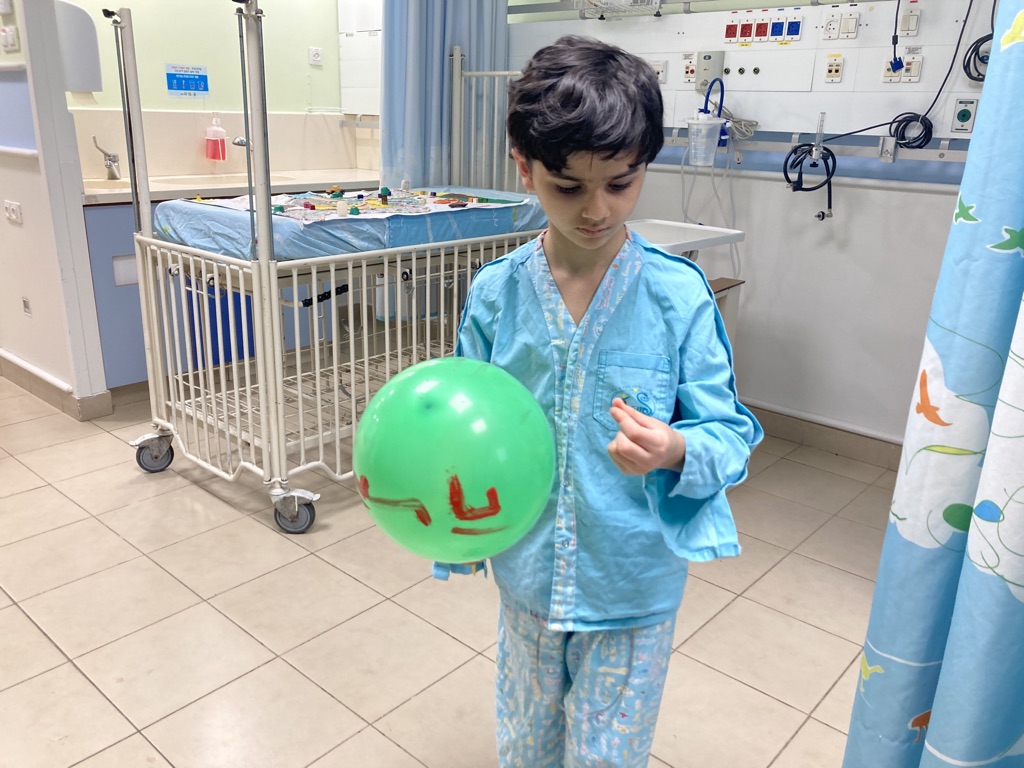 Because of the electrical abnormality of his heart, the doctors try some medications right now to see if he needs an implanted defibrillator or if the medications are enough to help him. Please pray for him and his lovely grandmother. 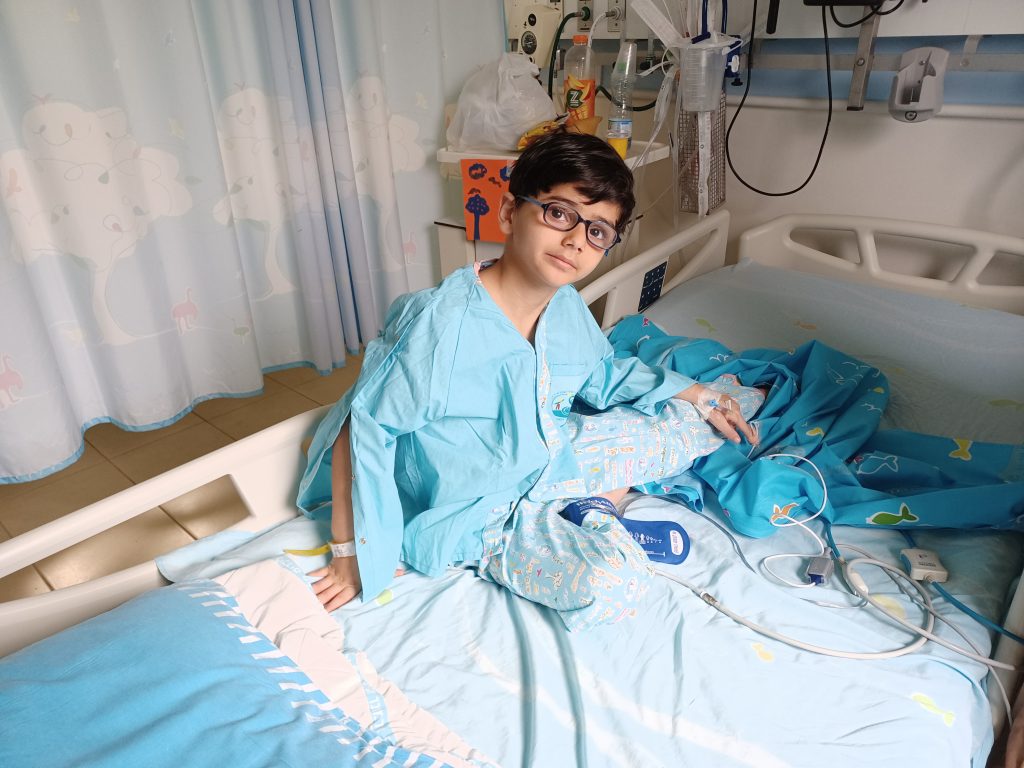 Today I visited Yassin and his grandmother at Sheba Hospital. His grandmother was very curious if there was any news about Yassin. I spoke to his cardiologist and he told me that he is close to a diagnosis for Yassin.
Yassin probably has long QT syndrome. This is a rare disease that has a lot of different forms, and he has one of the rarest forms of the syndrome. The cardiologist wants to involve more specialists to confirm his diagnosis. When the diagnosis is confirmed, the doctors will need to decide about a treatment plan.
We ask for your prayer for this situation. That God may give wisdom and patience.
Hide Comments Show Comments 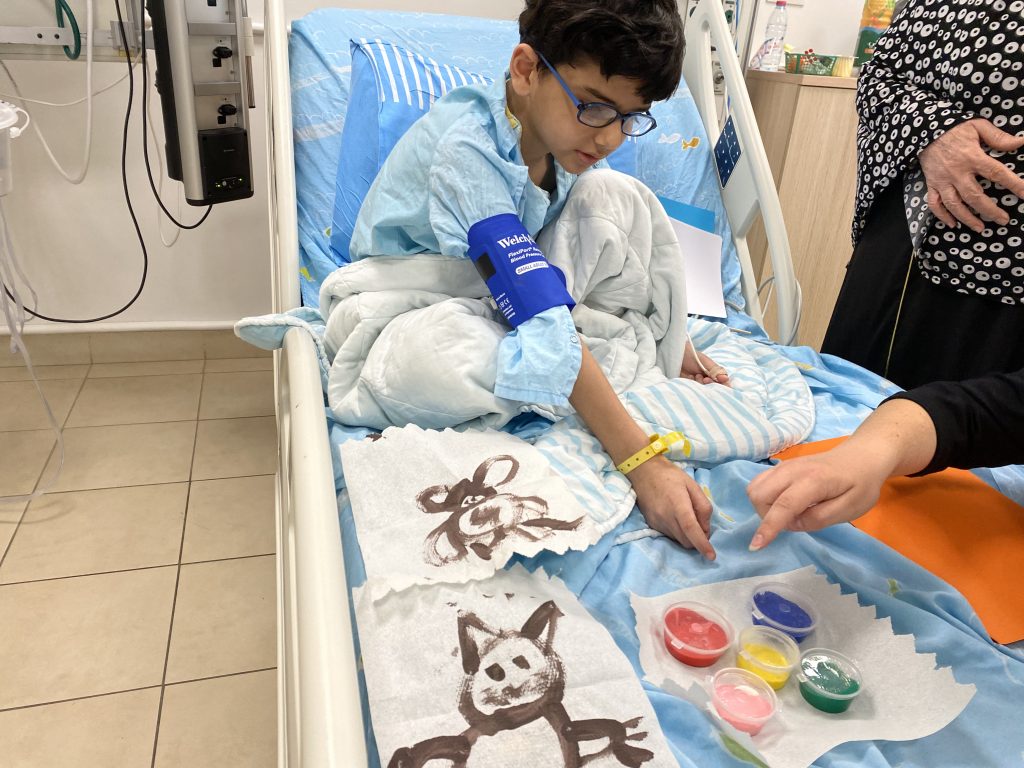 At Sheba Hospital today, Yassin had so many visits from different doctors. Yassin came to the hospital with a lot of medicine on board. The doctors decided for various reasons, to completely stop the medication; Yassin has so much medication in his blood and the doctors need the concentration of this medicine low, and that could take weeks. 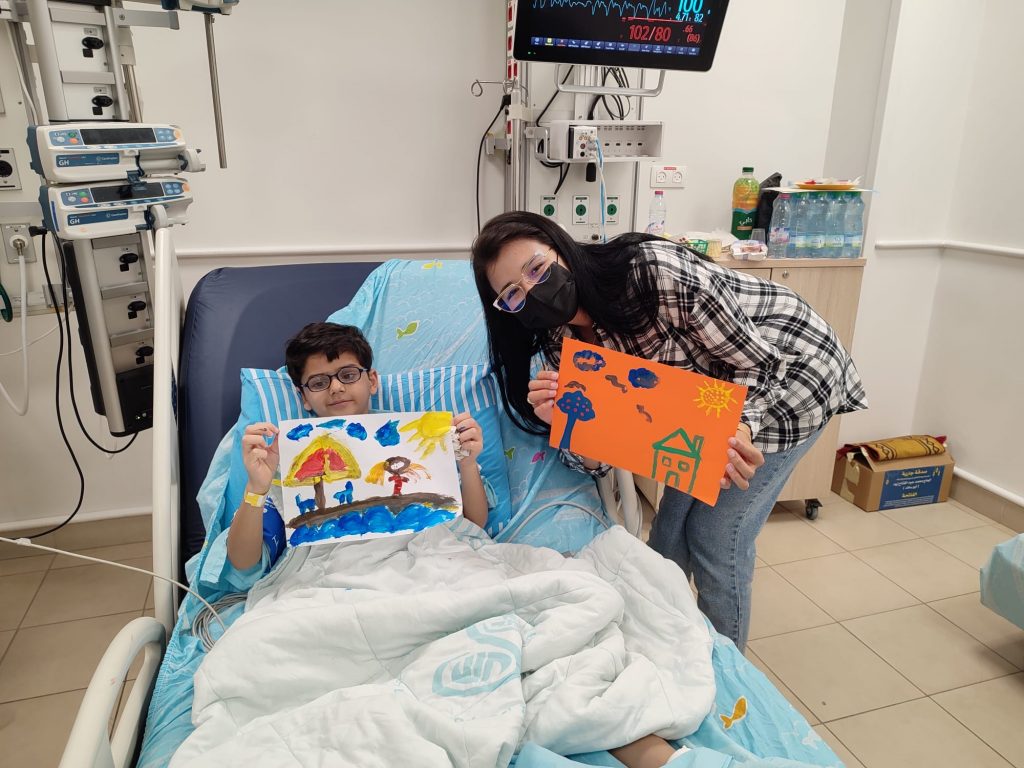 In the morning, we had a lot of fun with Yassin. Coworker Amelie and I, along with Yassin and his grandma, had a painting time right in the hospital room. 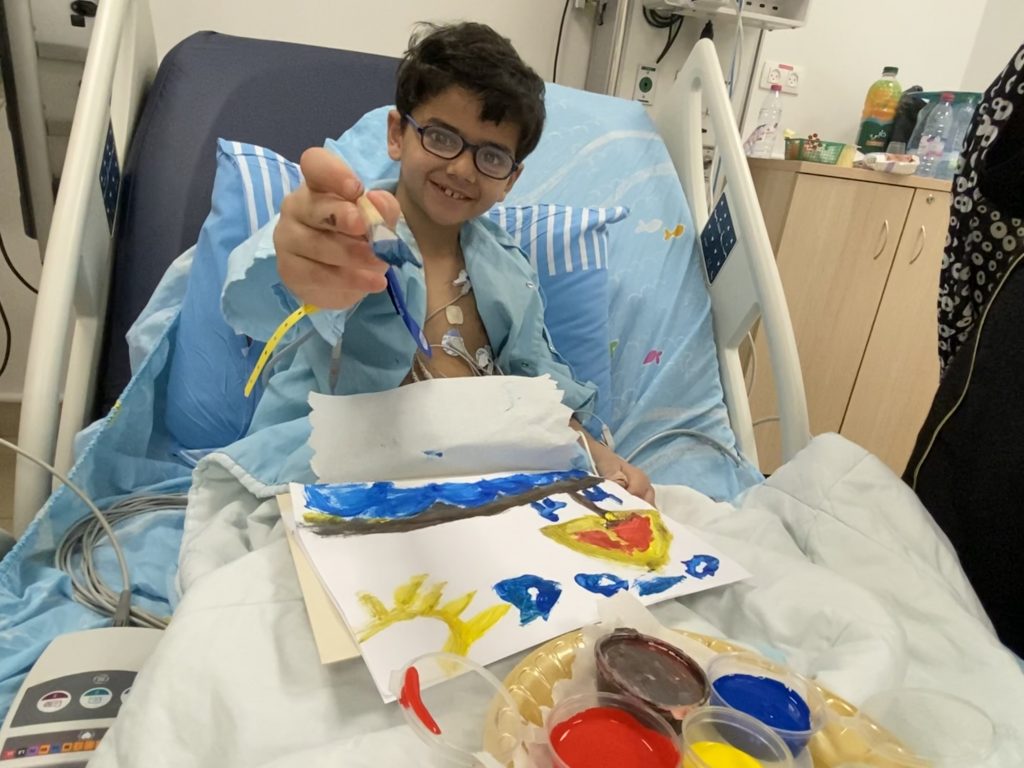 Yassin’s grandma told us he loves to swim and frequently does so in Gaza. 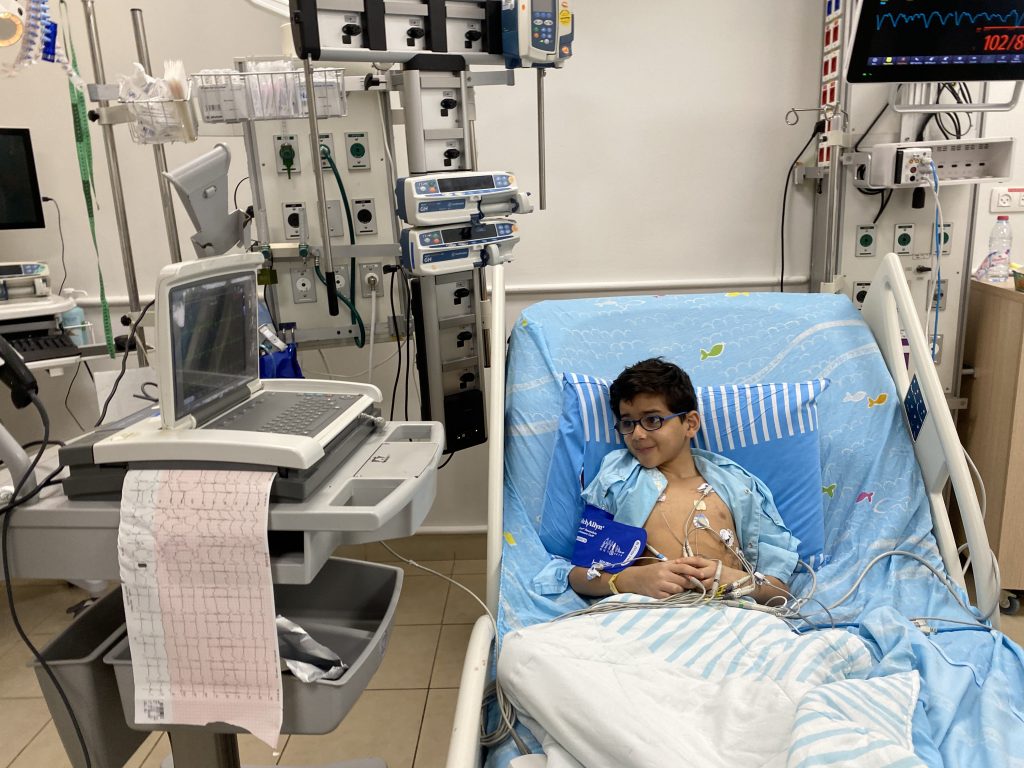 Yassin was curious about how his electrocardiography looks while he was doing the stress test. 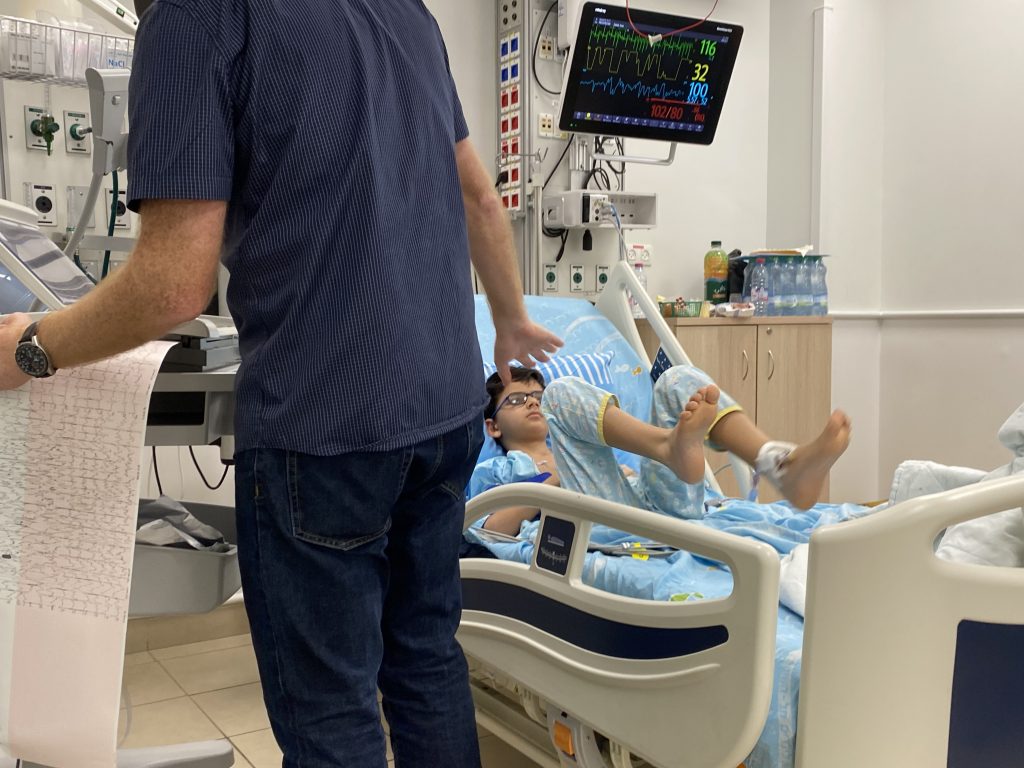 He also like sports, so he enjoyed making the cycling movement in his bed while the doctors tried to see how this action changed his heart’s electrical activity. 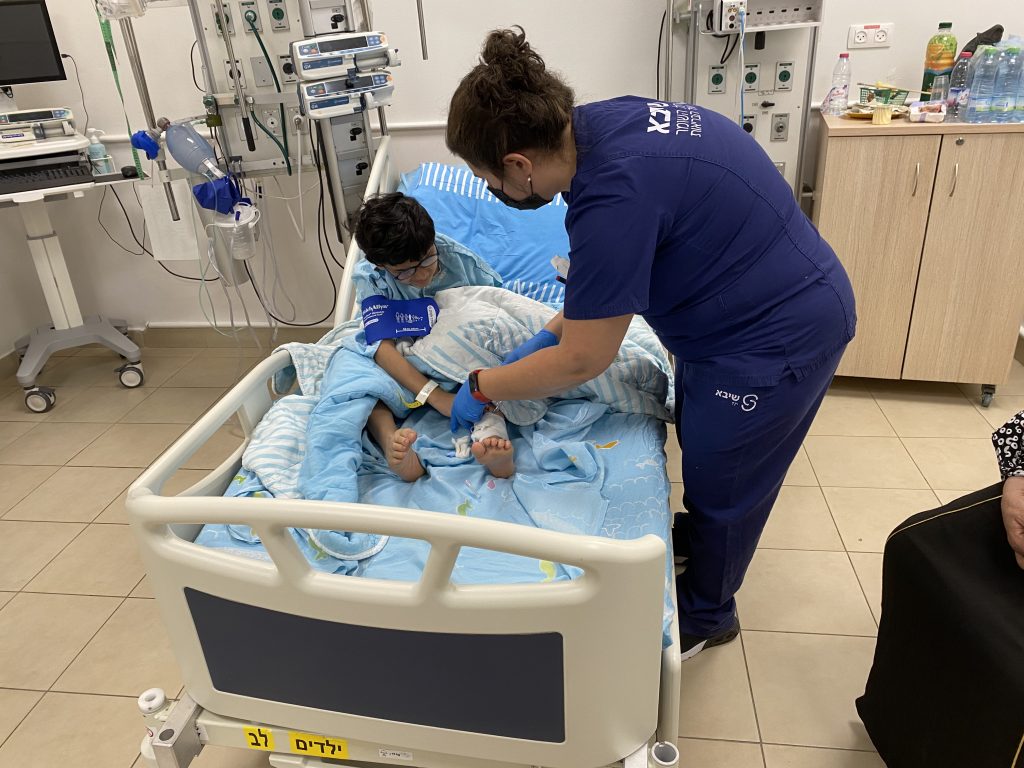 The doctors decided give to Yassin a medicine treatment to control his abnormal heart rhythms, and this made Yassin a little afraid, he hid below his duvet. For now we have to wait for the level of former medication to reduce in his bloodstream and then make more tests to help shape the best decision on the doctors’ part for proceeding in treatment for Yassin. 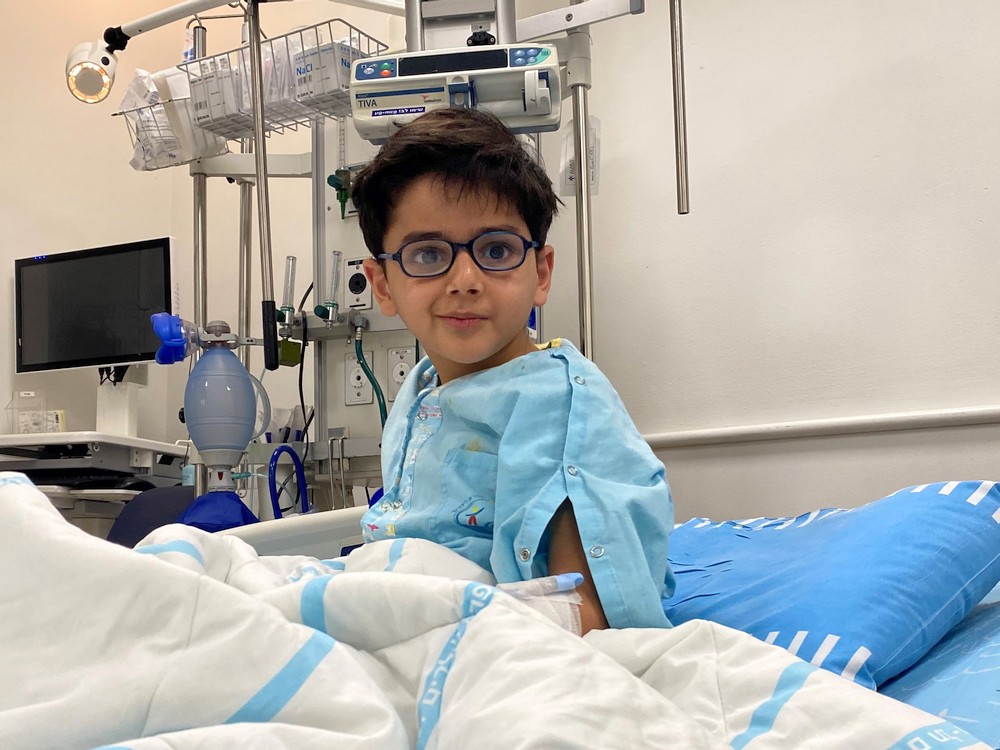 Yassin was admitted three days ago at the Sheba Medical Center as doctors seek to understand why his heart rhythm is abnormal. He already had an echocardiogram and today was fitted with a holter for a 24-hour recording of his heart’s electrical activity. Doctors say he is stable, and is responding well to medication.  They are trying to understand his heart, and Yassin is trying to understand Israeli cartoons and waiting. 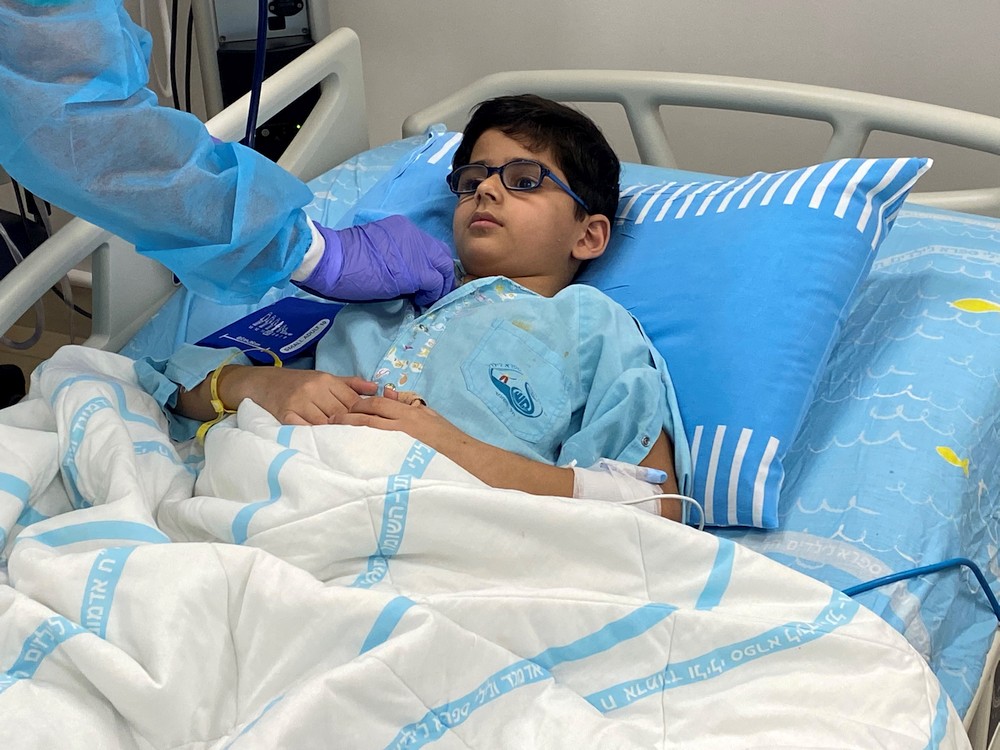 My time with Yassin and his grandma was a really nice time to talk. Yassin told me he has a big family of three sisters, two brothers and 18 uncles, Who are the best soccer players? A few names come out, the first were Benzema, Ronaldo, Neymar and Mohamed Salah.

Yassin is a charming boy, he told me he’s proud of his loose tooth, smiling as he showed me how his tooth moved. 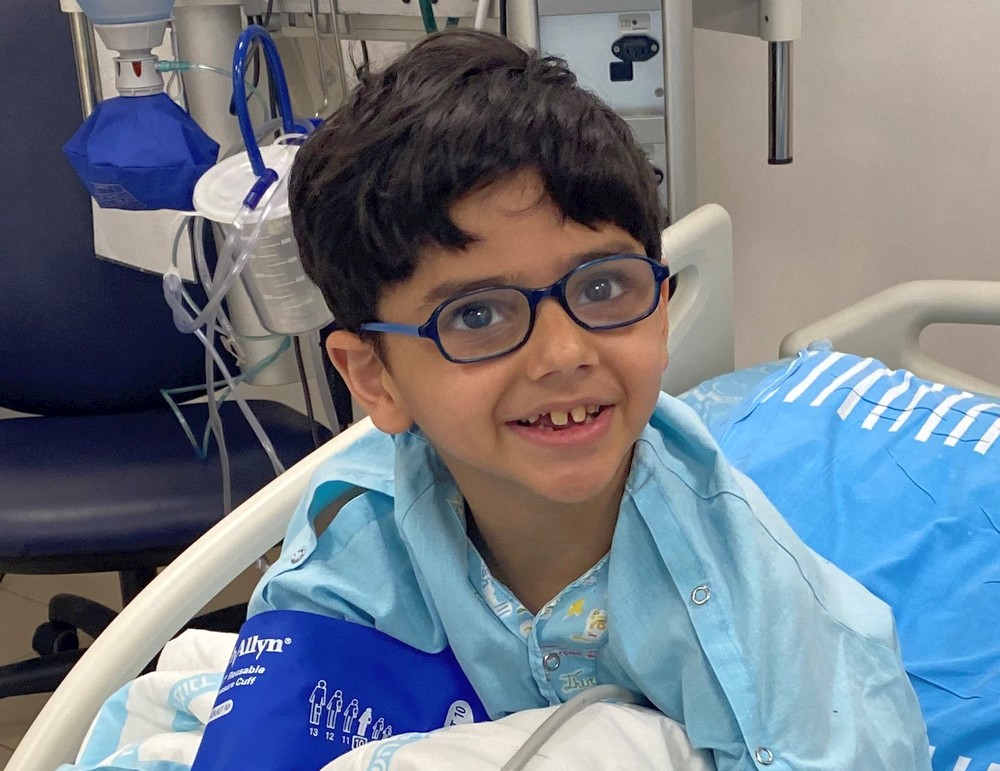 Doctors are considering whether Yassin will need a pacemaker. Please pray for wisdom for them to take the best decision for him. 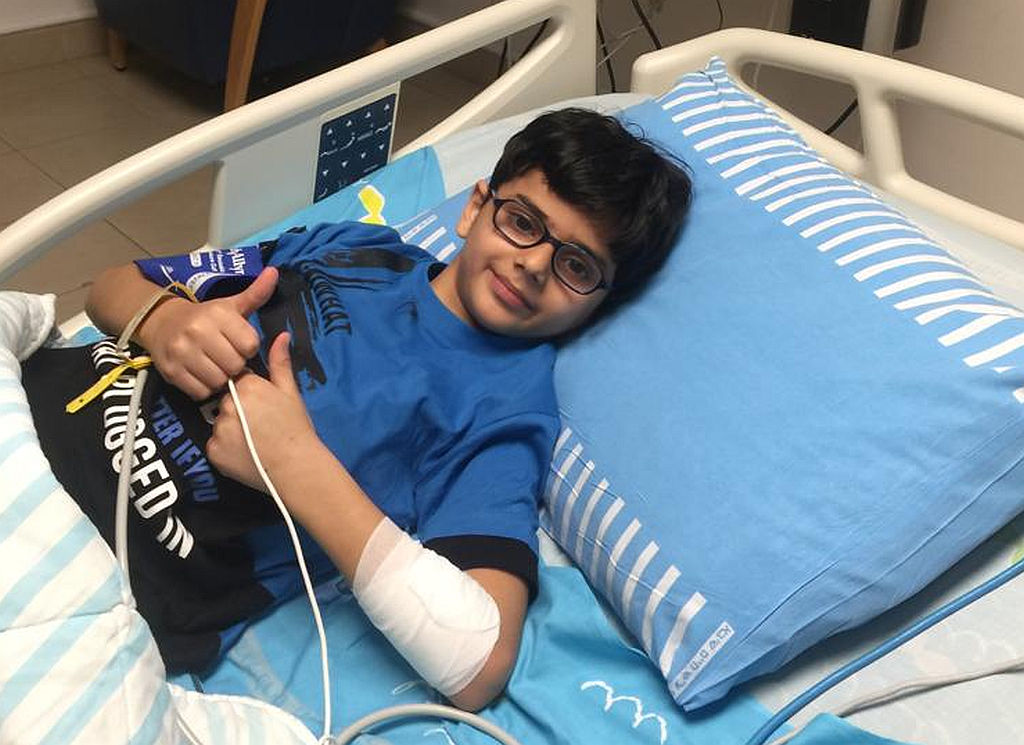 Yassin from Gaza has just turned seven years old, but his heart is failing. It is enlarged and completely out of rhythm. Doctors in Israel are unsure if that electrical problem has caused the enlargement, which is treatable, or if the enlargement is the primary cause, which may then be untreatable.

Yassin was rushed to Israel tonight to undergo an emergency battery of tests. 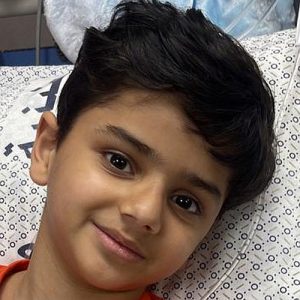 Yassin is a seven year old child from the Gaza Strip diagnosed with electrical abnormality of the heart.

Yassin does not yet have a local leader to advocate for prayer and financial support for his surgery.

As of right now, Yassin still needs $3000 toward surgery and related expenses.