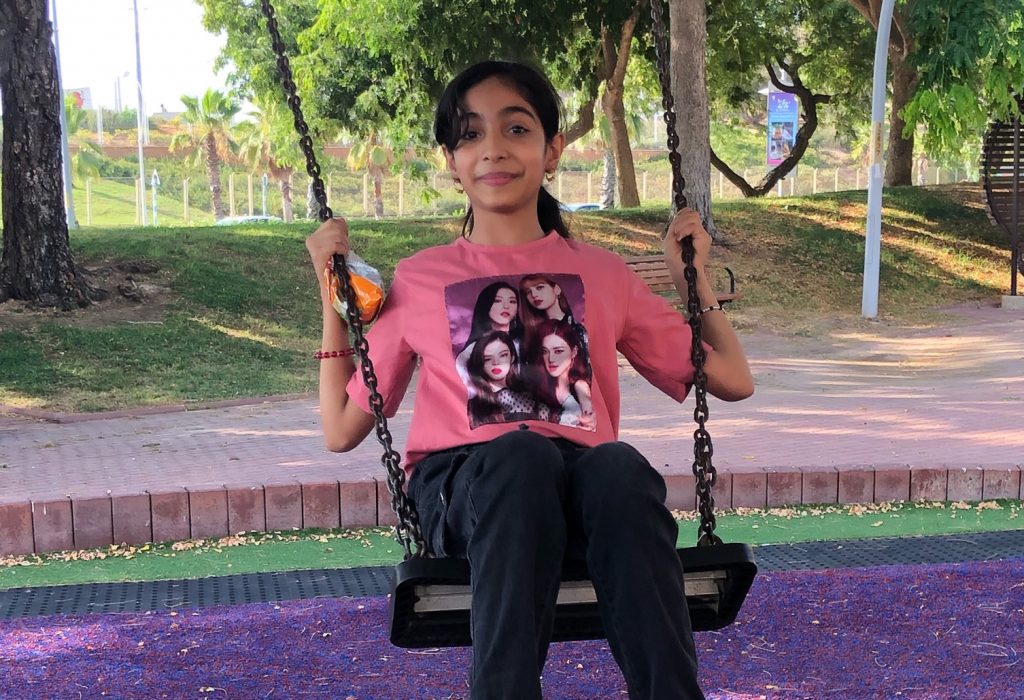 Lewan is a smart girl and she is gifted in many ways. When she arrived to Israel and our community, she was a little bit shy, but not anymore!

She is actually becoming a really good Kurdish teacher for me. We taught her how to play UNO and she absolutely loves it. She also enjoys doing puzzles and is caring well for the smaller children in the house. And she loves dancing. We even did some Kurdish dancing while we were stuck in the bomb shelter last weekend. 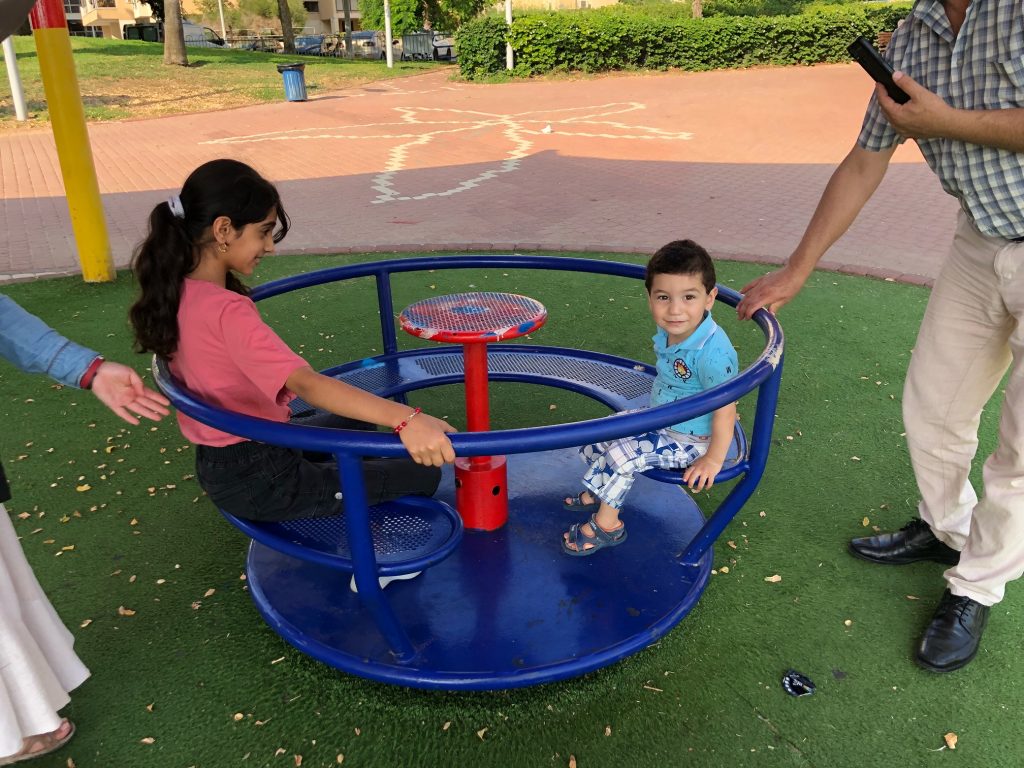 Today we went to city center of Ashdod with the families. Lewan especially enjoyed the playground that we discovered in a big park. 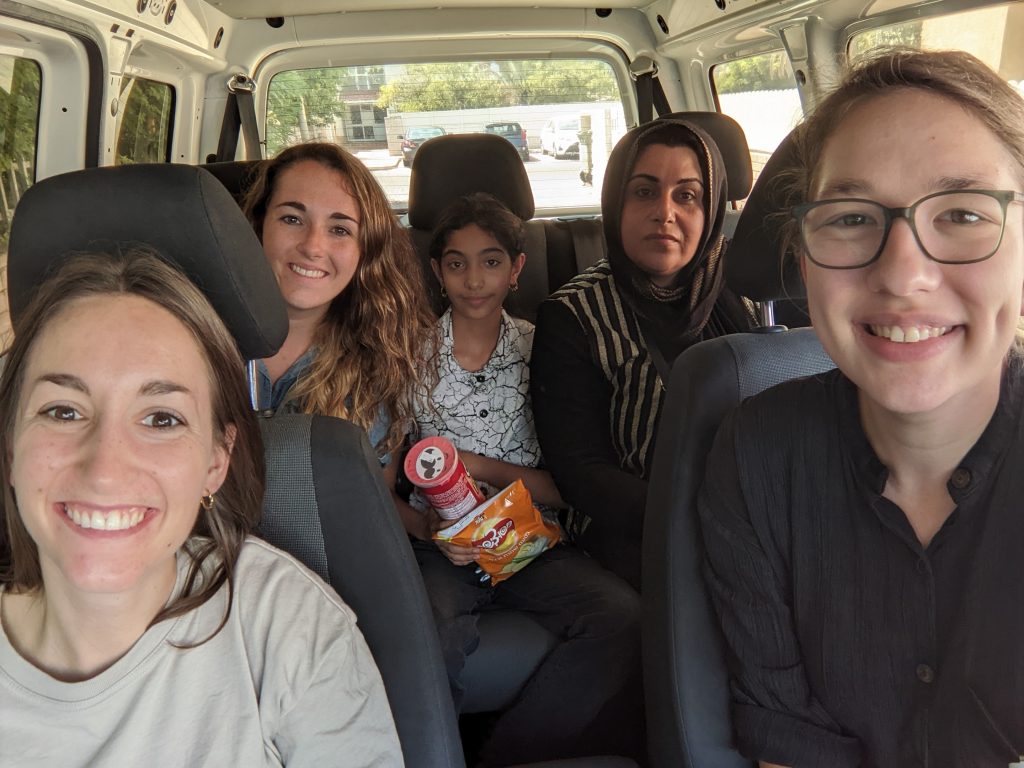 Beautiful Lewan had her first evaluation at Sheba hospital this morning. The whole process went very smoothly and we were finished within an hour.
Lewan had surgery to patch a VSD when she was four, and two years later, her echoes began showing pressure and regurgitation from one the valves in her heart. Now, at eleven, she needs surgery to repair the valve. The doctors will discuss her case at their meeting tomorrow and decide on the details of her surgery.
Lewan and her mother waited quite some time while Lucia and Laura and I visited all the children in the hospital, but they were so lovely and patient for the whole day. She showed me photos of her sisters and brother at home, as well as of all her best friends. We’re hoping for news from the doctors soon, but in the meantime we’re glad to enjoy our time with this sweet girl at home in Ashdod.
Hide Comments Show Comments 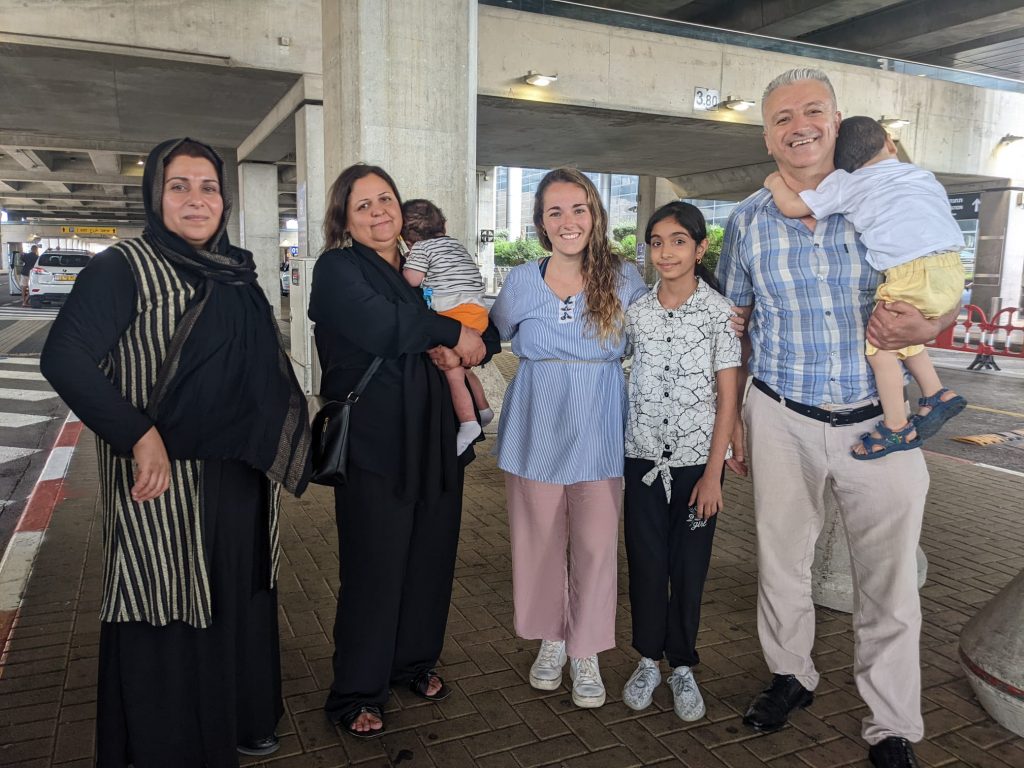 Beautiful Lewan and her mother arrived at Ben Gurion airport early this morning along with two other families from Kurdistan. 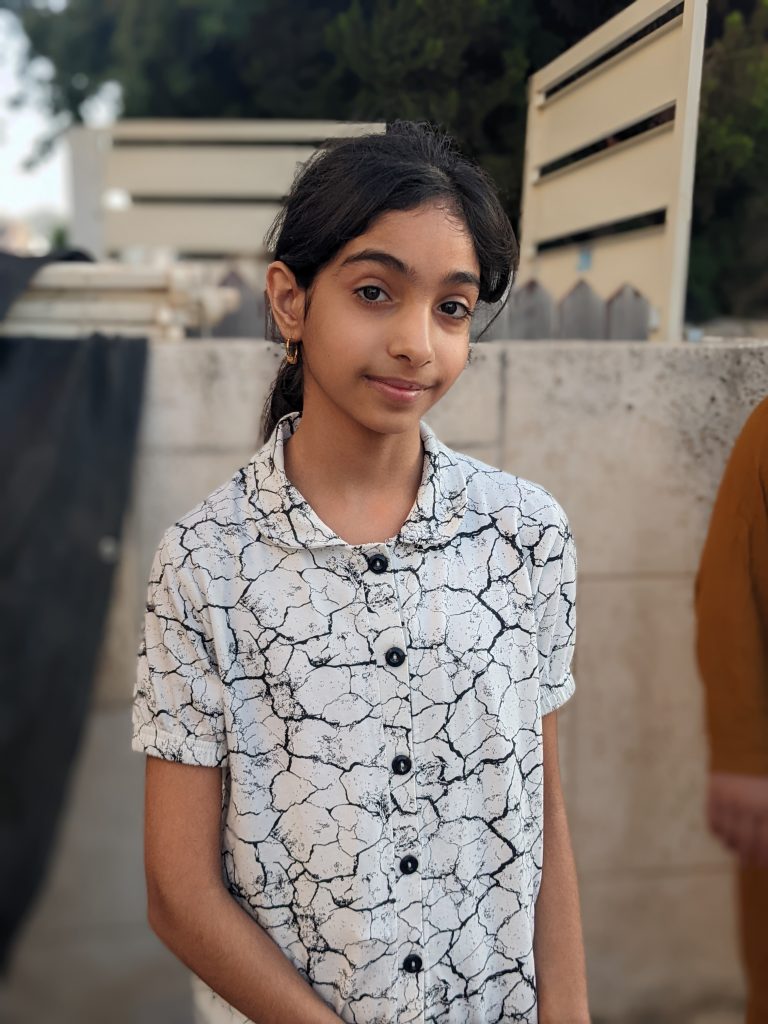 Lewan is eleven years old and no stranger to the world of hospitals and medicine, as she had surgery to repair a VSD when she was three. Now she’s having some trouble and needs further intervention to repair the VSD again.
It was a long night and an early morning for Lewan, but she was eager to meet everyone and take selfies with us. Her mother told me proudly that Lewan is very smart, and she’s definitely right. We’re looking forward to getting to know both of these sweet ladies in the coming days as we wait for Lewan’s first echo at Sheba next week.
Hide Comments Show Comments 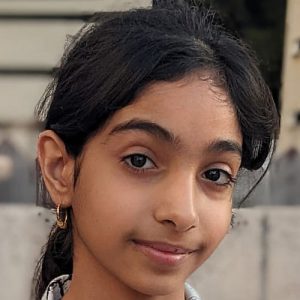 Lewan does not yet have a local leader to advocate for prayer and financial support for his surgery.

As of right now, Lewan still needs $6000 toward surgery and related expenses.