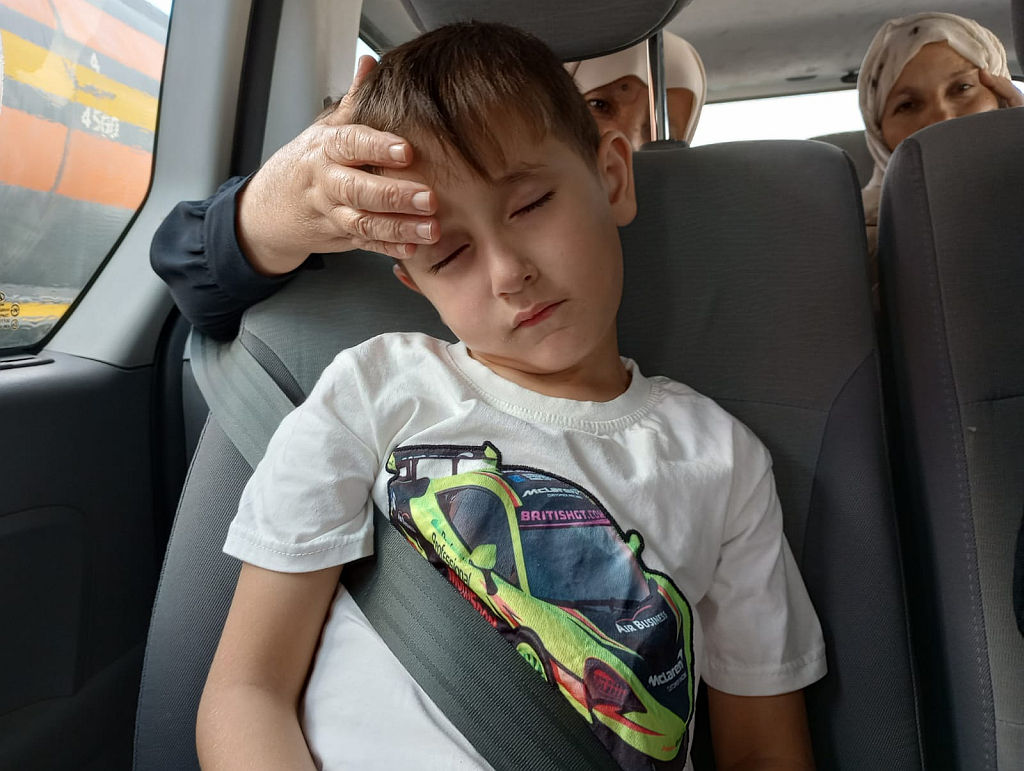 Our cheerful Hamza was discharged to Gaza today! He and his grandmother were very happy to go home. We’re going to miss him though, as will the doctors and nurses in the sixth floor ICU of Sheba Hospital. 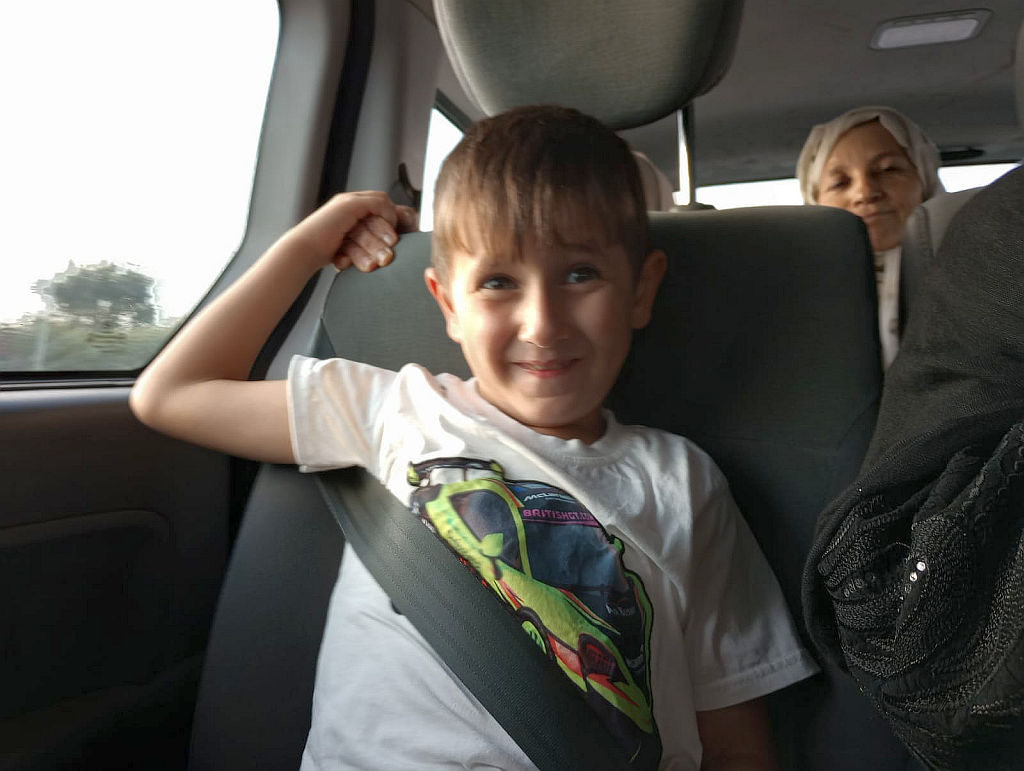 His happy smile and ringing laugh were always a welcome sight. He has recovered very well from his pacemaker implantation surgery, and he will only have to come back for a check-up in six week’s time.
Praise God for our sweet boy’s recovery!
Hide Comments Show Comments 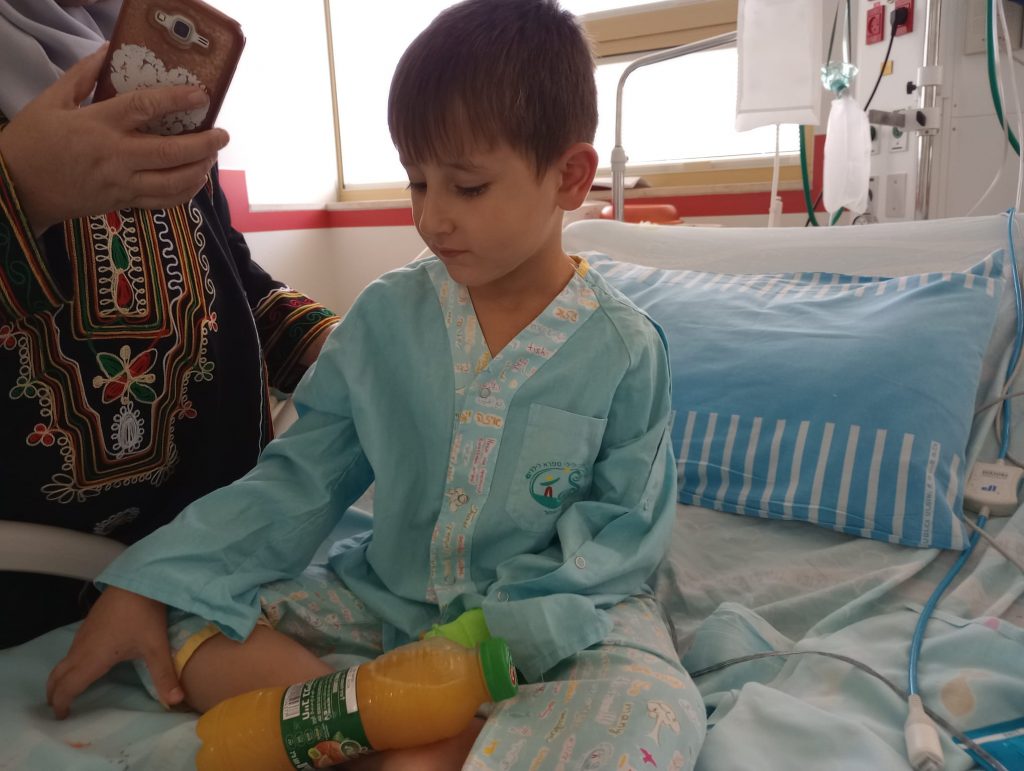 Today, a team of us went to Sheba Hospital to visit Hamza and his grandmother. He was sitting up in his bed and gave us a great smile as we came in. He got even happier when he saw the present we brought with us – a bottle of cold and fresh orange juice that he had been asking for since yesterday!
We also got a good report that Hamza is doing really well, better than yesterday even, and will very soon be able to go back home! We thank God for his faithfulness and rejoice together with the family!
Hide Comments Show Comments 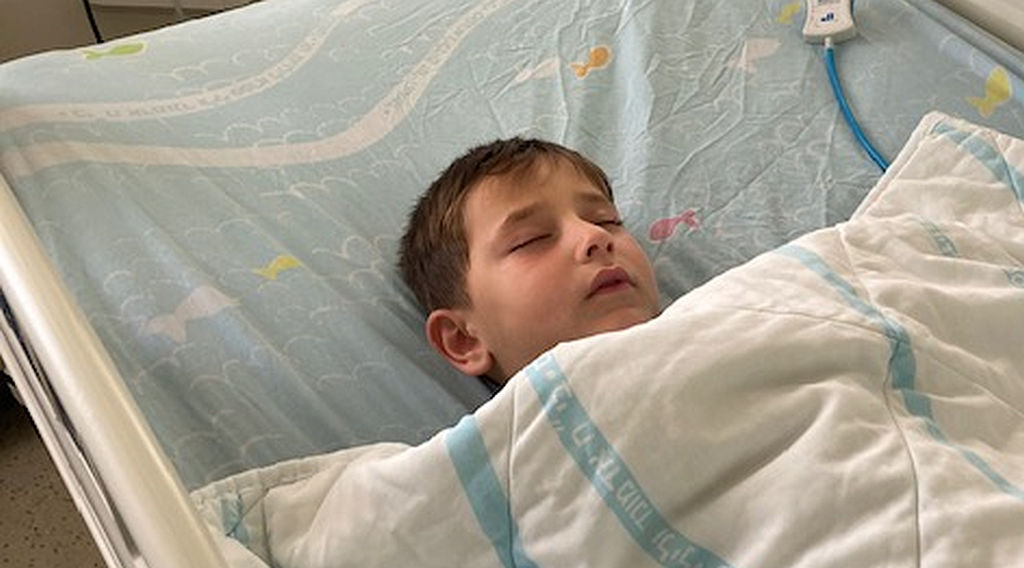 While doing visits at Sheba Hospital today, we checked in on Hamza and found he is doing well.

We were able to talk to his sister.  Hamza still has some pain when moving and he cried while his clothing and bedding was being changed.

Soon after however,  Hamza was soundly asleep.  His grandmother seems pleased.  She is a brave woman with her grandson. 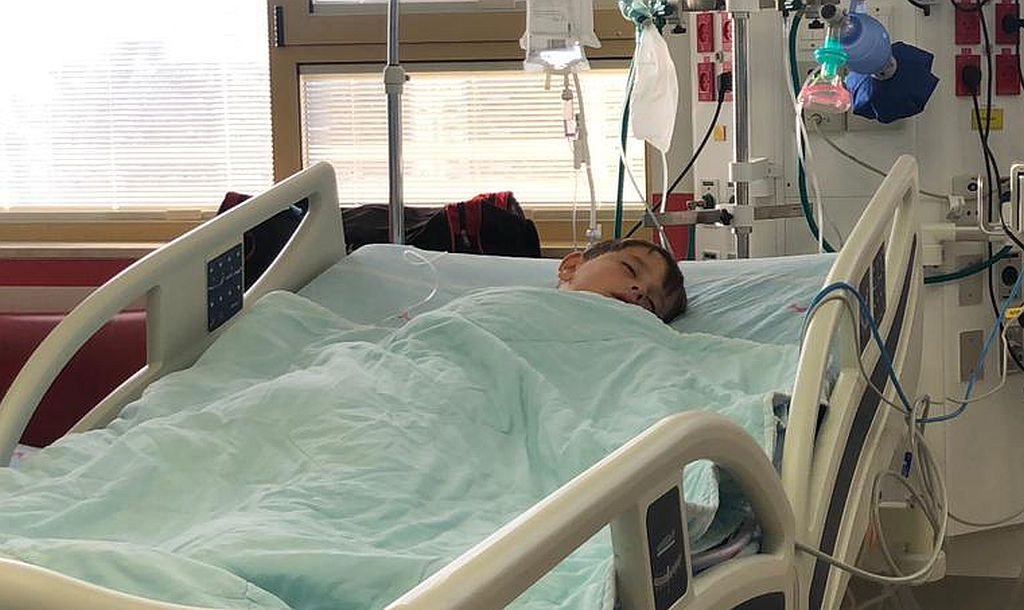 Today Hamza finally had his big surgery day at Sheba Hospital to place a pacemaker.  We waited during the day together with Hamza’s grandmother. She understandably felt worried and couldn’t help but to stand up and pace the floor off and on! The team members who accompanied her did their best to support her while waiting. It’s hard to imagine what a close relative must feel when their beloved child is undergoing heart surgery.

Finally in early evening, the surgery team rolled out Hamza to take him to the Pediatric ICU department. We soon found out that the surgery had been successful and we could rejoice with grandmother. God is great and faithful. We will continue to pray for his recovery.

Our fun Hamza was supposed to have a pacemaker implantation surgery today at Sheba Hospital. He waited patiently – and hungrily, since he wasn’t allowed to eat before surgery all day.
However, at about 3:30pm, the doctors decided to postpone Hamza’s surgery till tomorrow. Hamza was very glad to be allowed to eat again!

His time of waiting today was not a waste, however, as we played together for a long time, and Hamza learned how to cross his eyes. 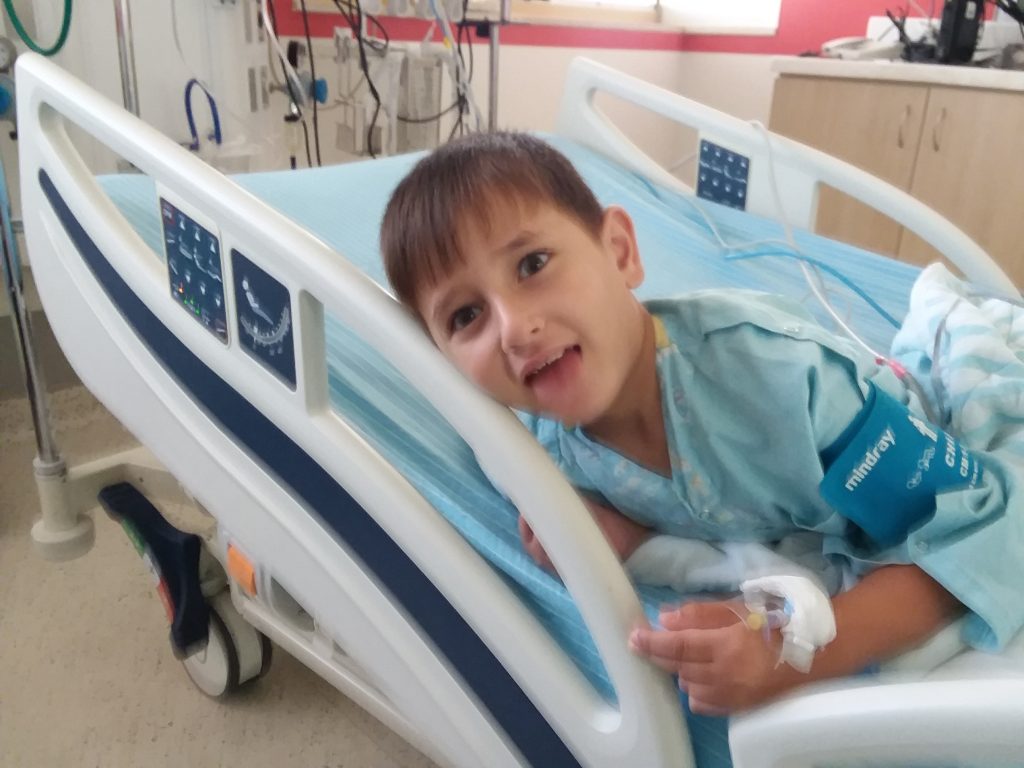 We also played a game where I would try to take a picture of him fast enough to catch him sticking out his tongue – I never quite managed it. Praise God for this happy boy!
Please pray that all goes well for him tomorrow!
Hide Comments Show Comments

Today was a very nice day in Sheba Hospital with Hamza. He was so good at playing with another little boy and made us all laugh now and then, including the little boy.

We brought Hamza to the hospital for his admission to the cardiac ICU because he will have a surgery tomorrow morning. He is supposed to have a pacemaker placed. Most children are afraid of the doctors or the tests they have to take before they can be admitted, but Hamza always has a smile on his face.

Join us in prayer for Hamza’s surgery tomorrow. We pray for strength for him and his family. 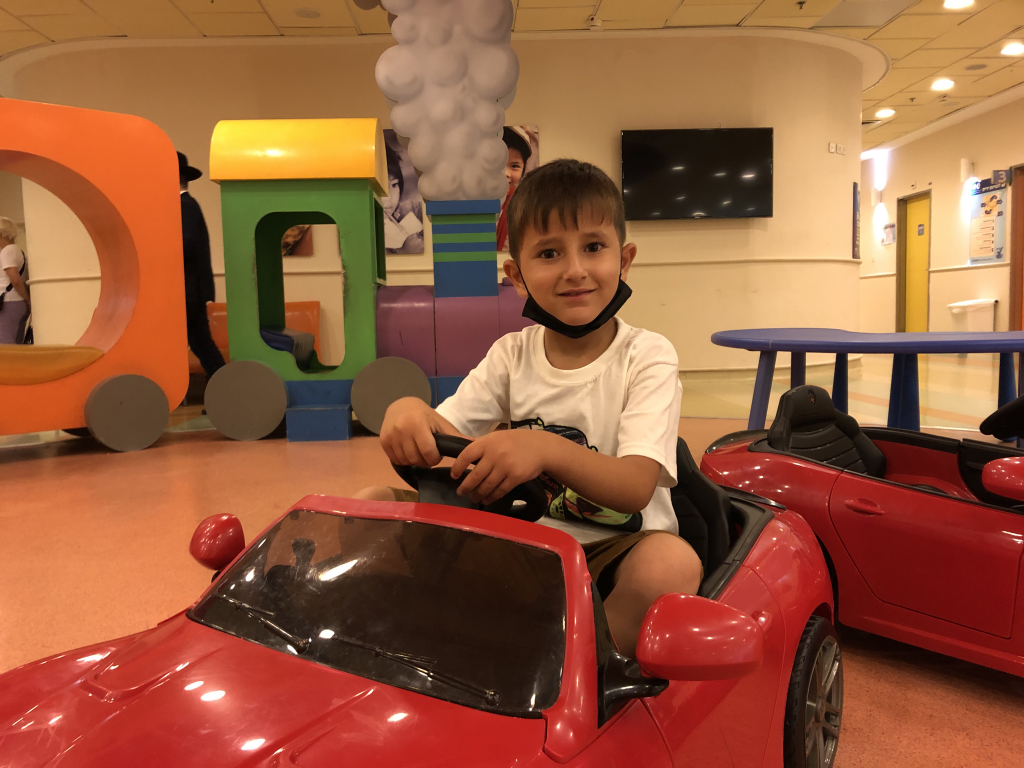 Today we welcomed a new boy named Hamza from Gaza as he had his first echo in Israel today. While waiting for his appointment and later on waiting for the doctor, I had a lot of fun with him and he often laughed. It was so great to see such a joyful child. He really lightened my day with laughing at every little thing and I am looking forward to the next months with him. 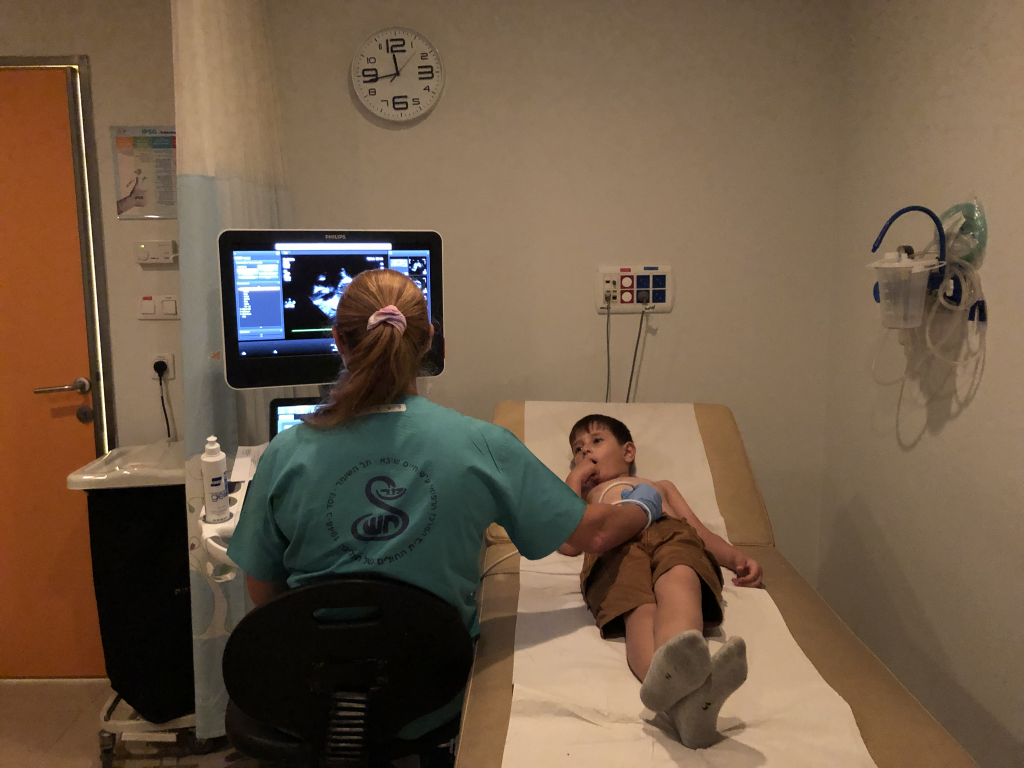 Afterwards the doctor said that they will decide on a surgery date after they have seen the results of the holter test. In his future surgery, Hamza will get a pacemaker as he has an electrical problem with his heart. He will stay with us in Ashdod together with his grandmother for the time being.

Join us in prayer for Hamza as well as for his doctors. We hope that his treatment can begin soon so that he can recover well. 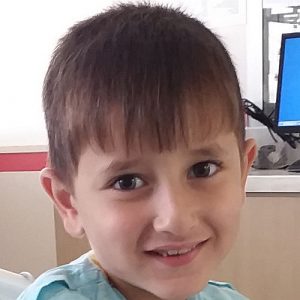 Hamza S. is a six year old child from the Gaza Strip diagnosed with electrical abnormality of the heart.

Hamza does not yet have a local leader to advocate for prayer and financial support for his surgery.

As of right now, Hamza S. still needs $3000 toward surgery and related expenses.