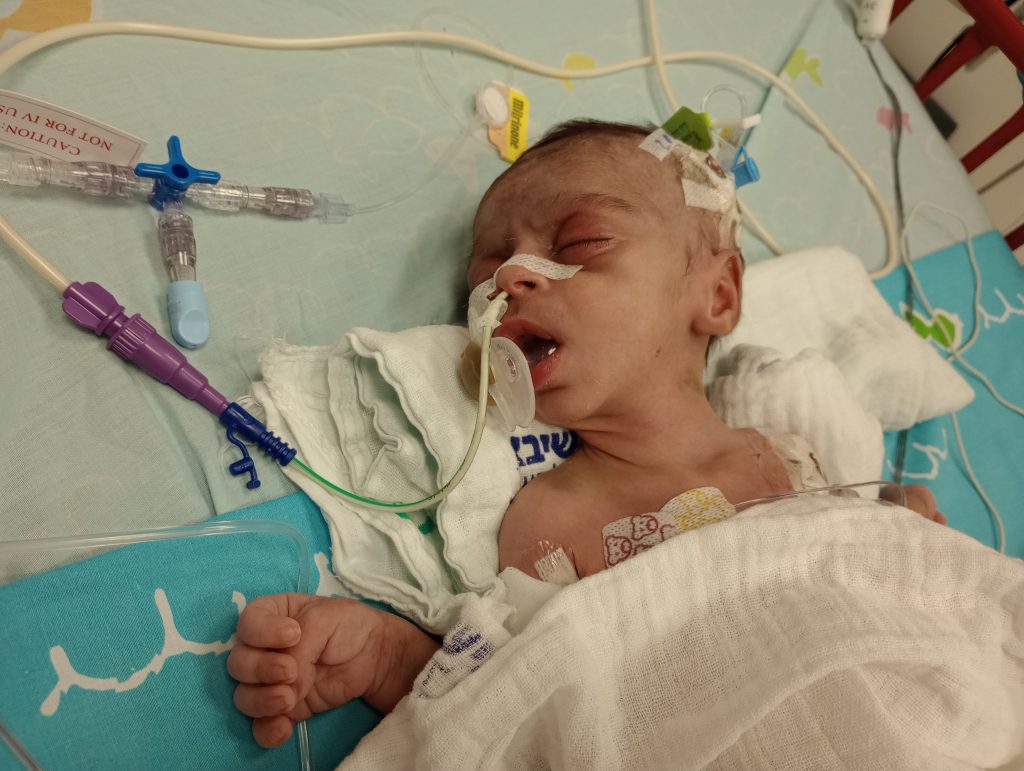 The day after his extubation Kamel is still stable and doing well. This is a huge step for him as he had to get reintubated the last two times they tried to extubate him. He doesn’t even get oxygen support anymore. The doctor also told me that his heart is still not very good and that they want to start a new medication soon.

Thank you Lord that Kamel is slowly getting better! 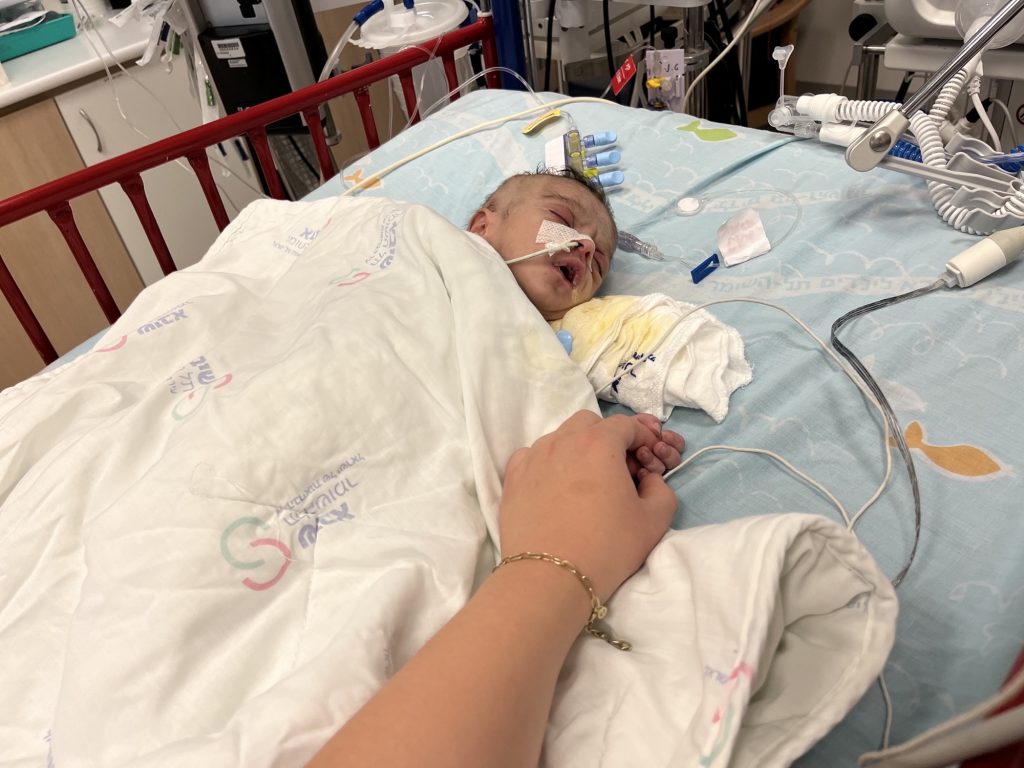 Today was my first time visiting little Kamel in the ICU of Sheba Hospital. Even though his grandmother did not know me or my coworker Tineke, she welcomed us very nicely and in the blink of an eye we were on a video call with some of the family of Kamel. While we were with them, Kamel slept peacefully. He was extubated yesterday and they started to feed him with a tube through his nose. The doctor was telling us that Kamel is digesting the food well so far. Right now he doesn’t need oxygen support anymore and the doctors are doing their best to see that it stays this way.

Pray for Kamel’s recovery and his lovely family so that they can have peace over the situation they are in right now.

When we entered Kamels room this morning at Sheba Hospital, there was one thing that we recognized right away: Kamel was extubated! It was very great to see him that lively during his dreams, and later on when he was awake trying to realize what is happening.

Although he cried a bit, he really seemed to be happy about some company. His grandmother is really caring for him, but she also seems to be a bit tired and exhausted. So coworker Luisa went out of the ICU with her to distract her a bit. She really seemed to enjoy it!

Dear Lord, we want to thank you for the big steps Kamel is making. Thank you for his wonderful grandmother that cares so much about him! Please give both of them strength to keep on going! 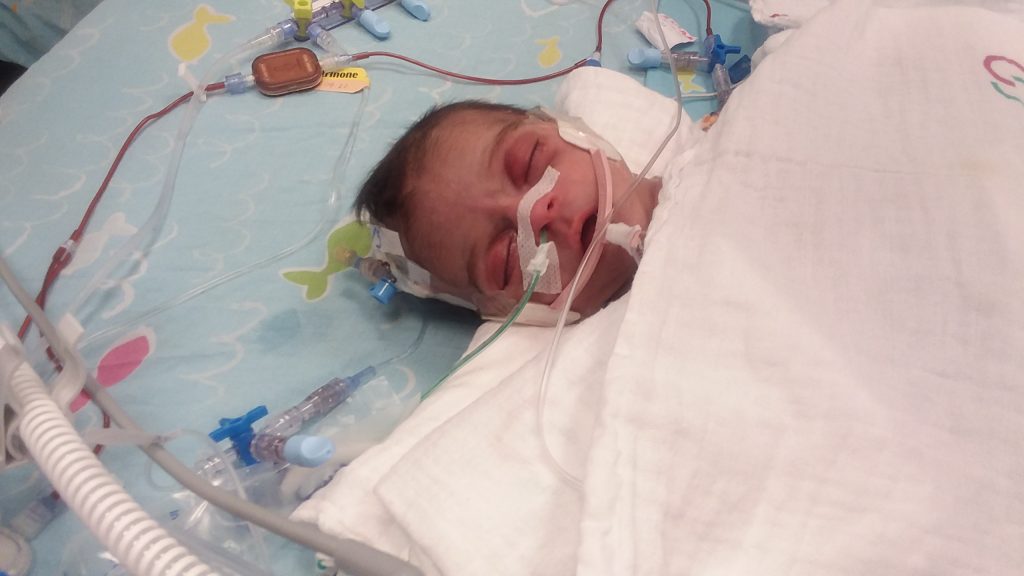 Little Kamel had a hard day today. In the morning he was extubated, but then he suddenly stopped breathing. The doctors hurried to reintubate him, and he was alright. He is stably intubated for now, but his doctor says that he has developed sepsis, and that they won’t try to extubate him for at least three days. His grandmother is doing very well, despite this hard news. We sat and talked together for several minutes afterwards. It is clear to see how much she cares about her grandson. Please pray for healing for this little boy!
Hide Comments Show Comments

At Sheba Hospital today, when we entered Kamel’s room, at first we just saw a big white mountain of his duvets. However,  on closer inspection, we saw this little cute boy lying inside the pile.
He looked kind of good and the doctor also said that he is doing really well. Tomorrow he will even have his extubation! They also told us the very good news that no more surgery will be needed because the cath fully fixed his pulmonary Atresia. When we heard this we felt so happy for this cute little boy and his grandmother, who stays always by his side!
Thank God for this good news, for the skilled doctors and medical staff at Sheba Hospital, and for the goodness of God evident in all of this work.
Hide Comments Show Comments 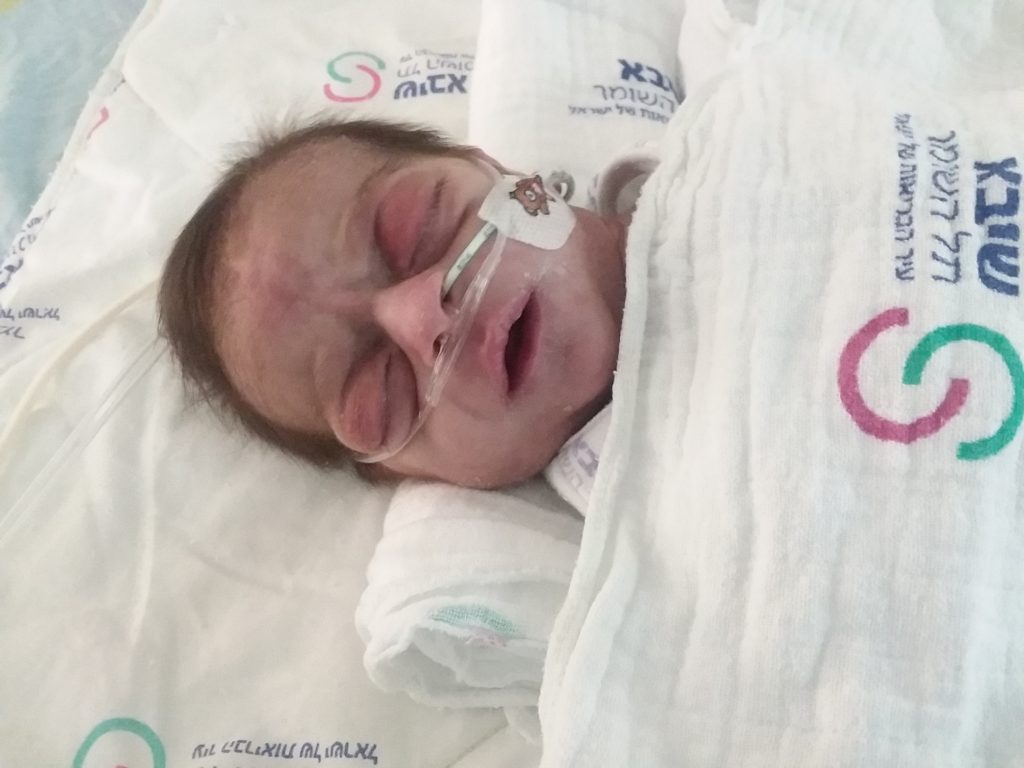 Little Kamel is recovering well after his cath at Sheba Hospital last week. He is now extubated and only receiving nasal oxygen. The doctor says that he has a bit of an infection, and that they are treating him with antibiotics.
Doctors won’t make any plans for surgery or anything else until he has recovered from the infection. Now that he is no longer sedated because of the intubation, he seems to be having a bit of pain. He was sleeping when I visited, but poor Kamel was grimacing in his sleep.
Please pray that our little boy will not be in pain, and that he will recover quickly from his infection.
Hide Comments Show Comments 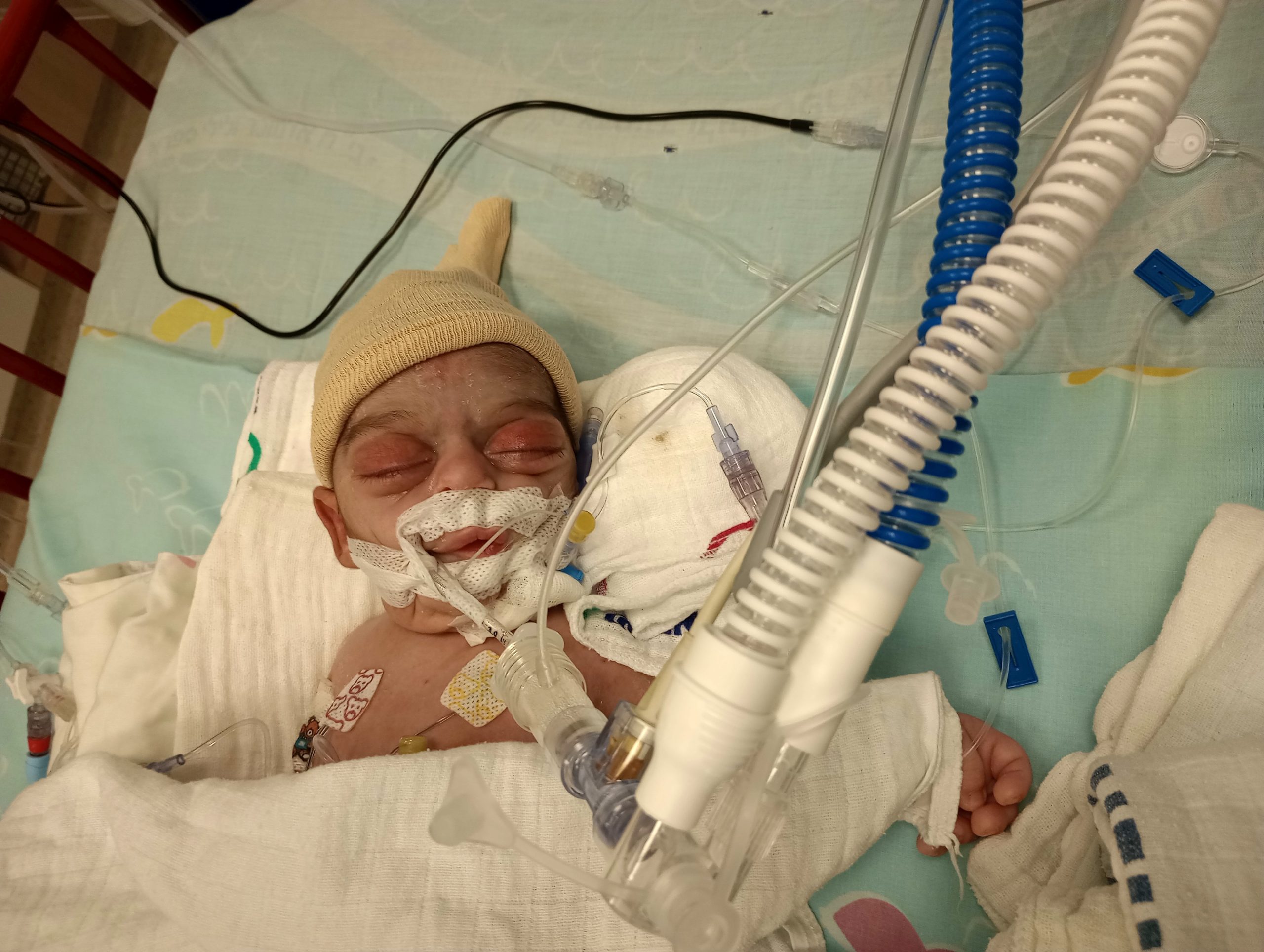 One day after his arrival in Israel, Kamel already had a catheterization at Sheba Hospital this morning. It was mostly diagnostic but the doctors also widened one of the valves in his heart. Kamel is doing well afterwards. The doctors are watching him closely to see if he will need further intervention or surgery.

Please continue to pray for this little boy and his grandmother. It’s not easy for her to be away from the family!

They brought him straight into the ICU and started right away to check if he is well. After that, they started to intubate him.

Unfortunately I wasn’t allowed to enter Kamel’s room, but I talked a bit to his grandmother and she seemed to be very calm. I’m sure she will be a big supporter for Kamel.

Please pray for little Kamel in this fragile time for him. 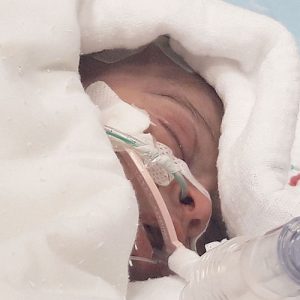 Kamel is a weeks old child from the Gaza Strip diagnosed with pulmonary atresia.

Kamal does not yet have a local leader to advocate for prayer and financial support for his surgery.

As of right now, Kamel still needs $3000 toward surgery and related expenses.