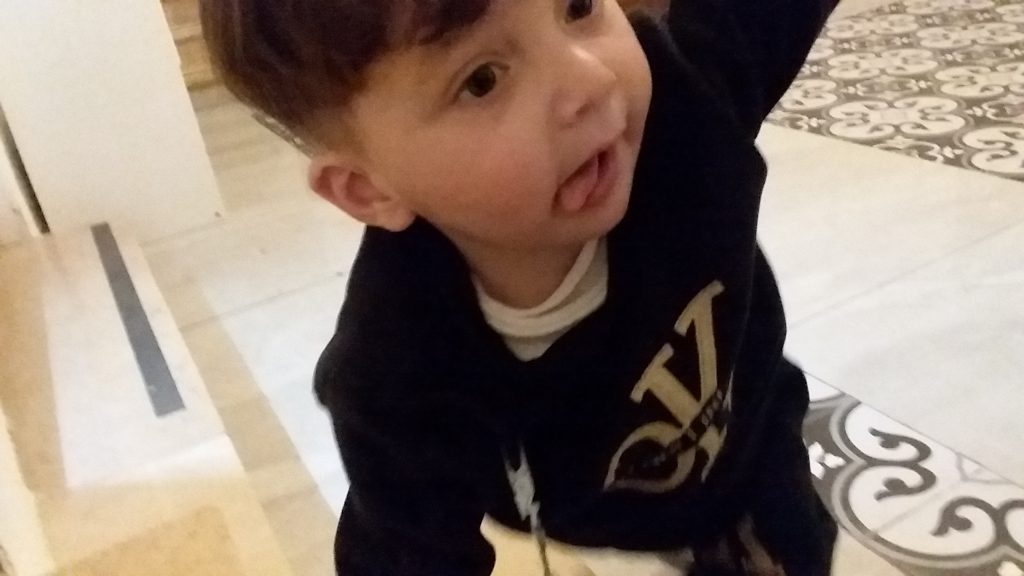 Chubby one-year-old Sineor is charming everyone he meets. He is learning to walk, though he doesn’t yet have enough confidence to go more than a few steps on his own. However, he will run off at great speeds while holding onto my finger. He really enjoys going up and down (and up and down again) the three stairs between the kitchen and the livingroom in our Jerusalem Guesthouse. 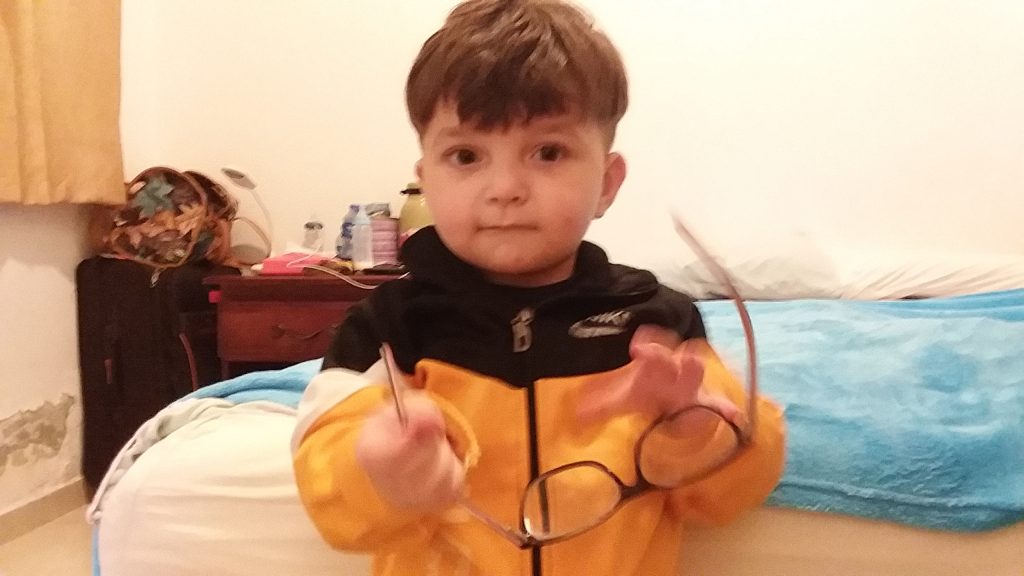 He is learning to talk a little bit, so when I start counting the stairs in Kurdish: “Yek, Do…” he will triumphantly finish, “Sey!” And then he wants to do it all over again. When he gets tired of the stairs, he will play with duplos – or with my glasses – or explore all the drawers and cabinets in the kitchen. 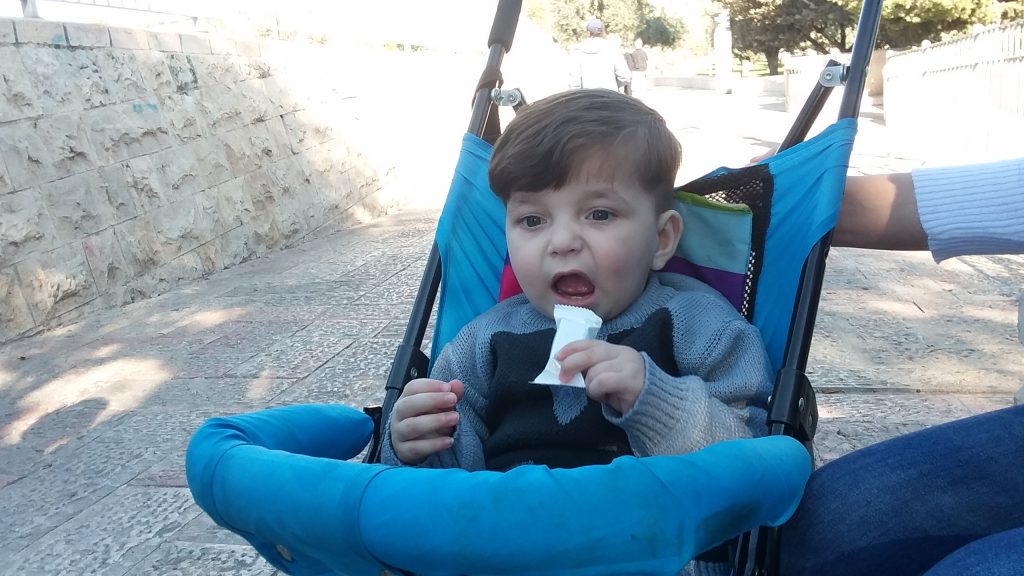 Today when we went to the old city, he was scared by the crowds. A young Muslim woman gave him a candy to cheer him up, and he held onto it for the rest of the day, becoming very upset whenever he dropped it. We love this sweet boy! 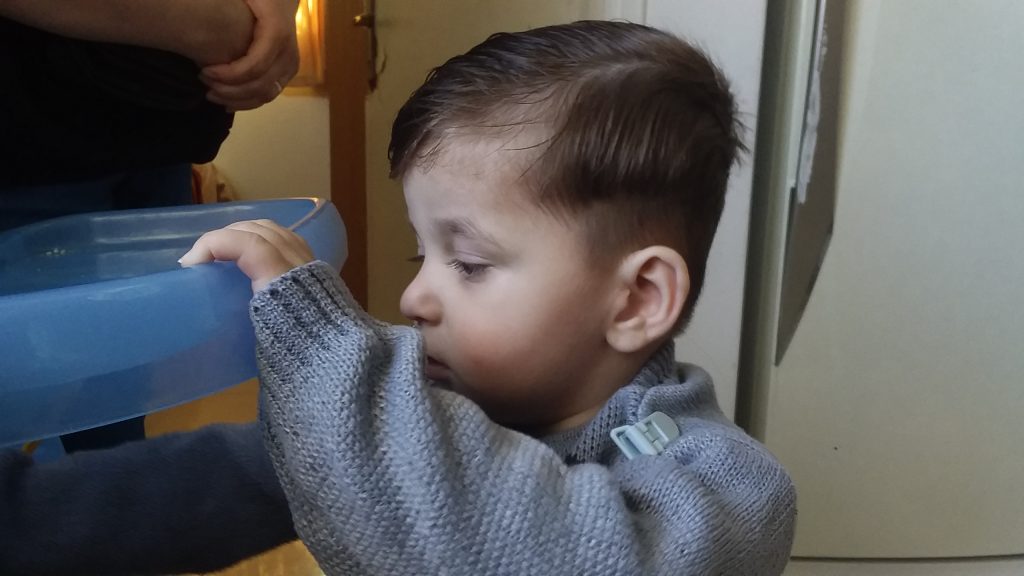 The surgeon at Hadassah hospital is on vacation for two weeks, so Sineor can’t have his surgery until he returns. However, I’m definitely not going to complain about having this cute boy in our house for a little longer! Please be praying when he does have surgery that all will go well, and that he’ll remain stable until then. 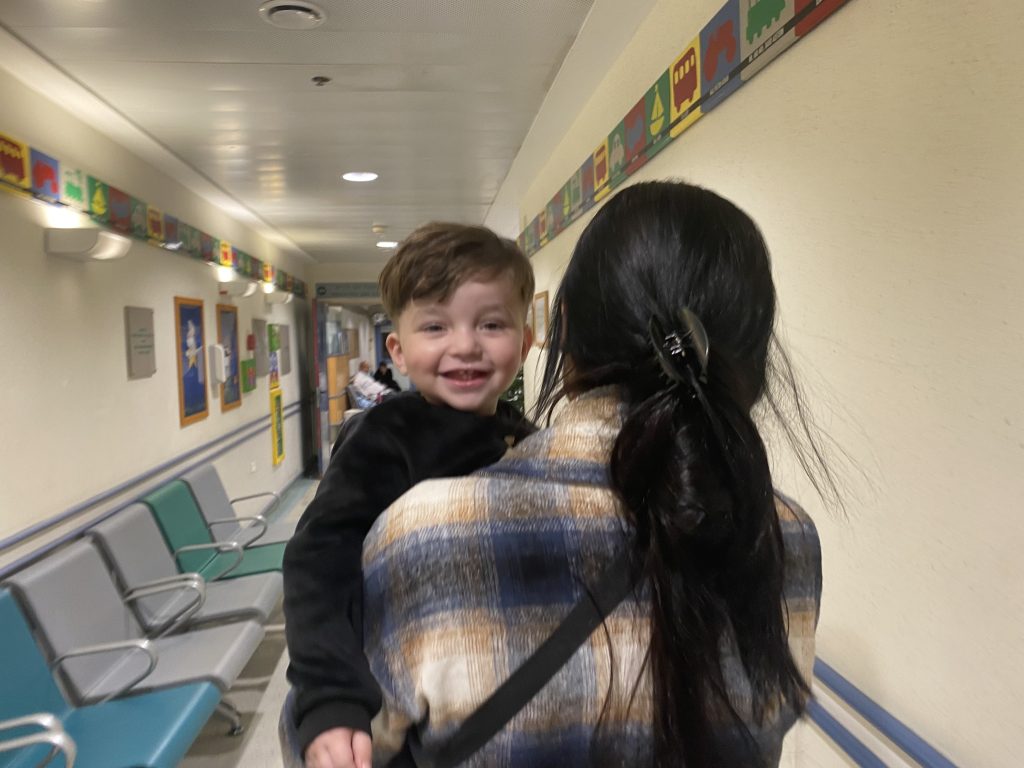 On his first day in Israel, Sineor had a diagnostic echo at Hadassah Hospital.

After a few hours of sleep in the Shevet Guesthouse Jerusalem, Sineor and his mother needed to go to the hospital for his appointment. 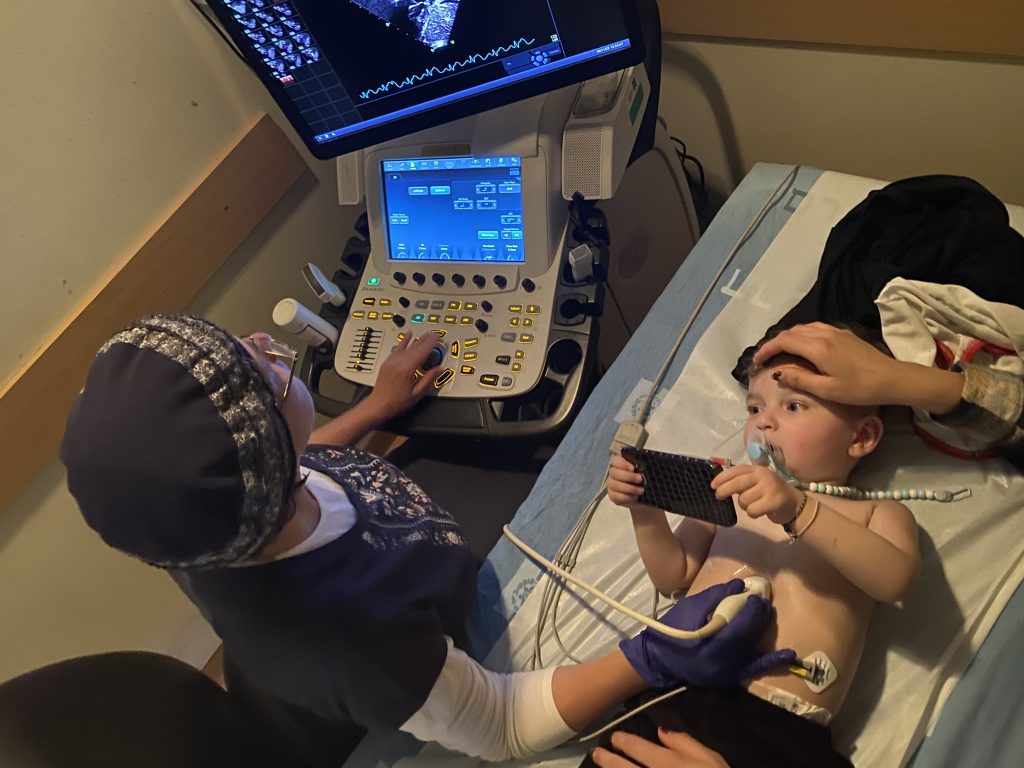 As soon as we arrived there, at the desk, the person in charge needed to create an internal profile for Sineor. 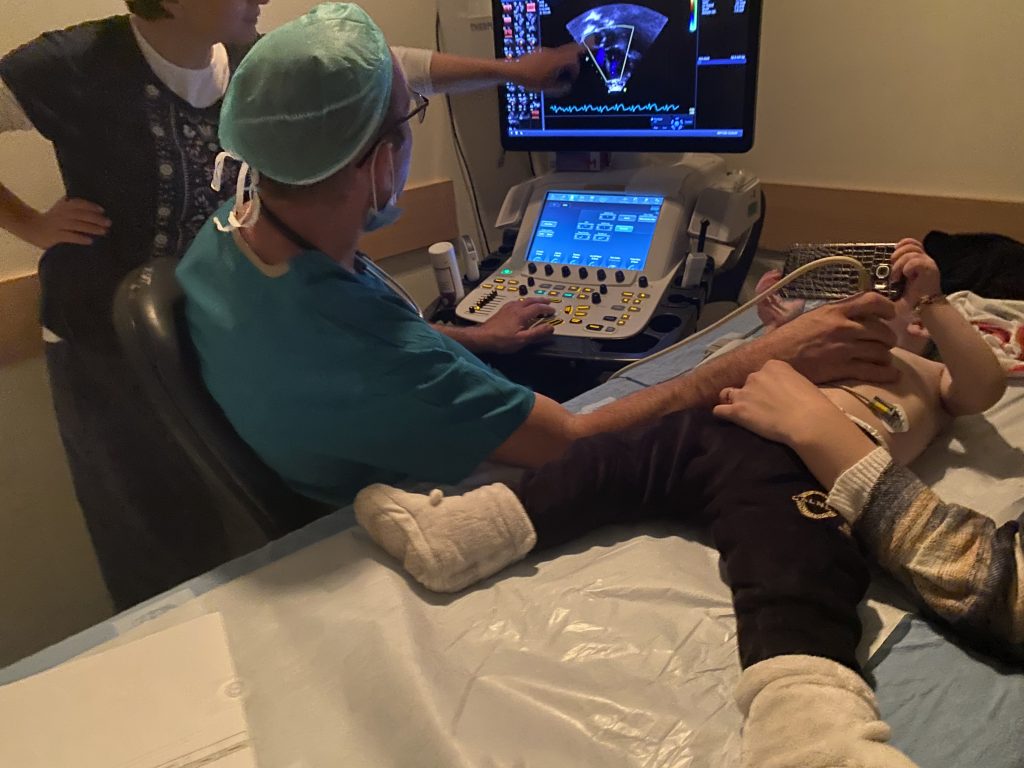 The echo takes more time than the Mom was expecting, so she started to ask if everything was fine, because two more doctors entered to the echo area to check Sineor’s heart.  They were pretty curious about Sineor’s heart,since because his oxygen rate was 90-95.

After the echo, Sineor’s mother was asking if her son will have surgery soon, to which the doctor replied yes, he will be admitted at some point in the very near future to the hospital to make his surgery. 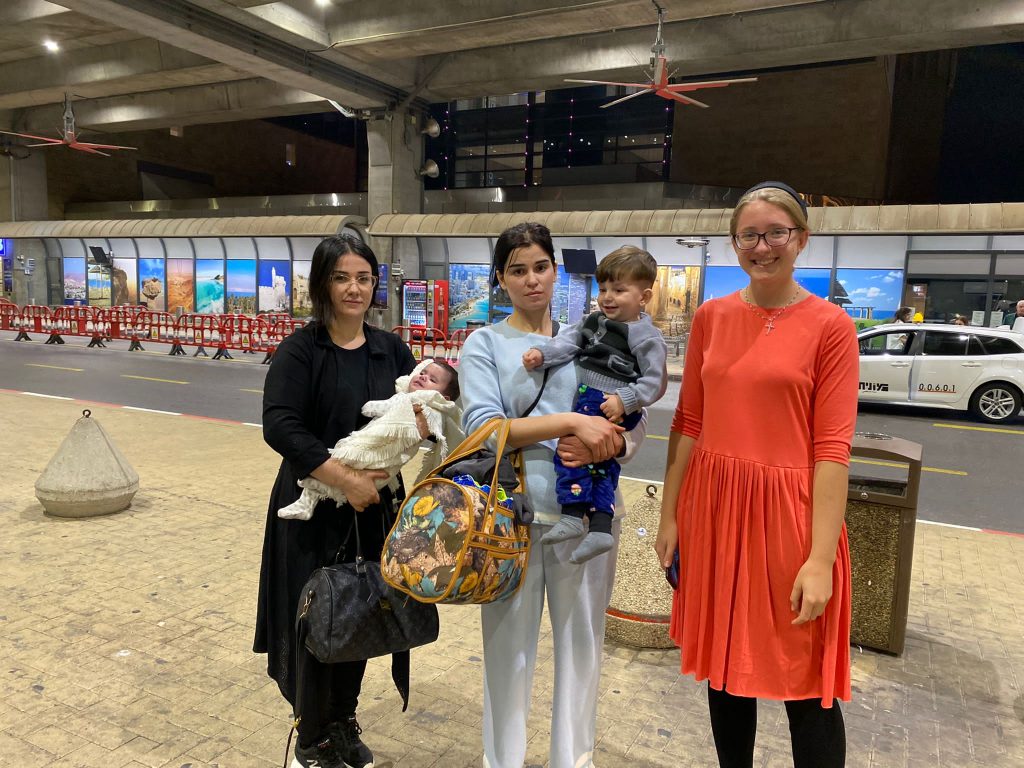 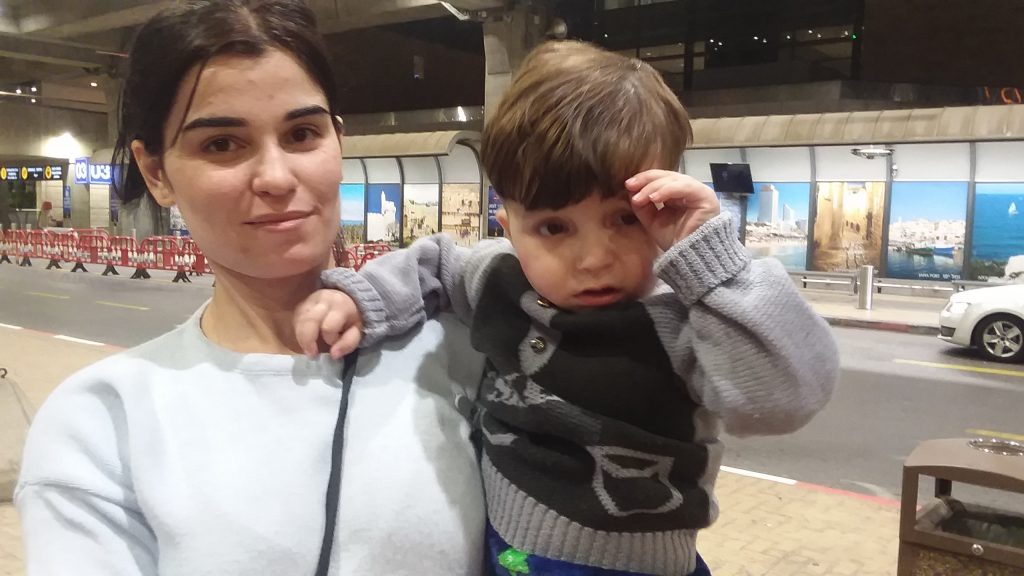 He was very tired, as was his lovely mother. 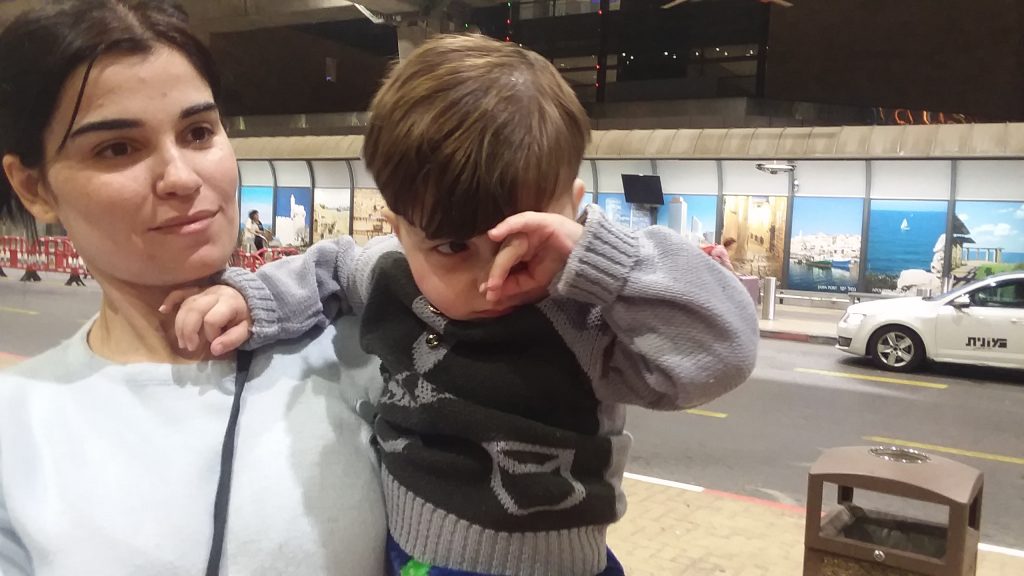 However, he couldn’t sleep in the car on the way to Jerusalem, so instead he listened to children’s songs on his mom’s phone. 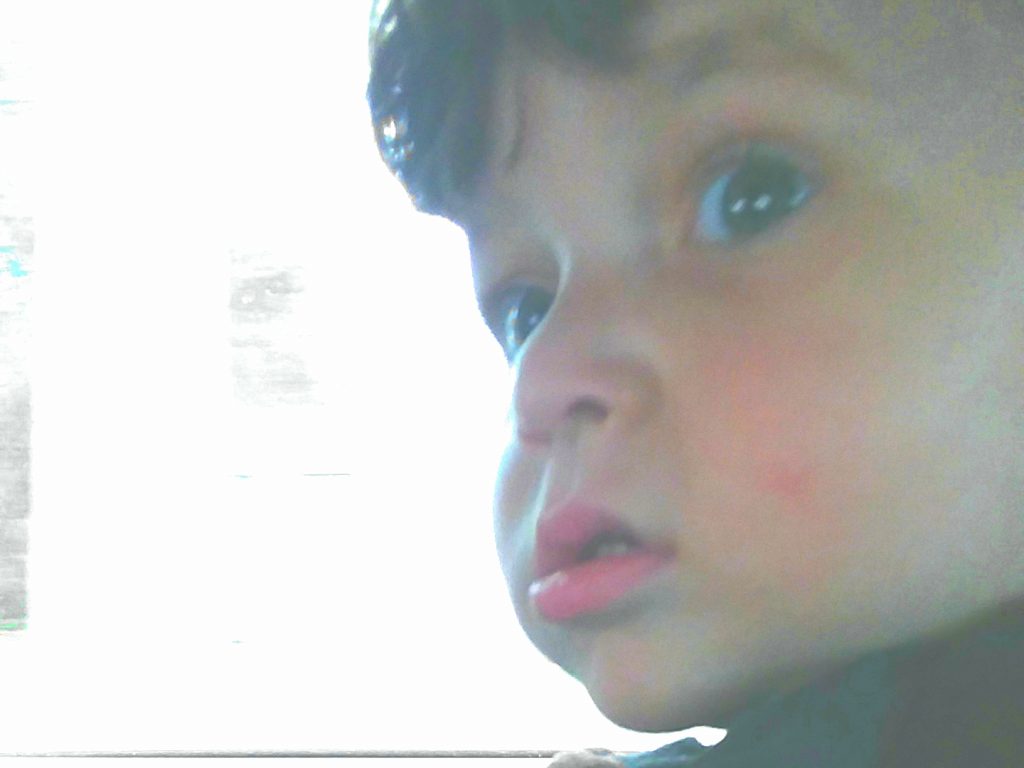 He’s much more awake this morning, and as I write this, he is babbling happily in the taxi on the way to Hadassah Hospital for his first appointment there. Please pray for this sweet little boy as he starts this new adventure in Israel.
Hide Comments Show Comments 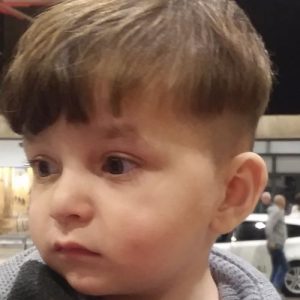 Sineor does not yet have a local leader to advocate for prayer and financial support for his surgery.

As of right now, Sineor still needs $6000 toward surgery and related expenses.