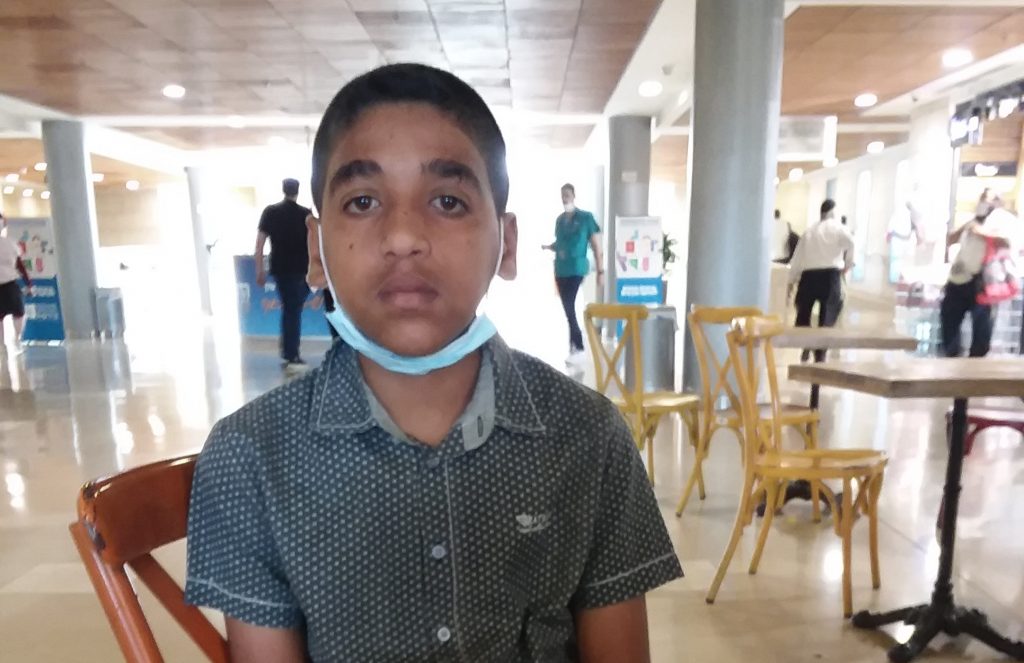 Twelve-year-old Ibrahim from Gaza had a good echo at Hadassah Hospital today; everything looks alright, and he will come back for a follow-up in six months.
There were some problems with his appointment scheduling which made us have to wait in the hospital for several hours longer than we had expected. I kept apologizing to Ibrahim and his mother for the unexpected wait, but Ibrahim’s mother responded every time with, “No problem!” She was very patient and gracious throughout the whole day, right up till they crossed the border back into Gaza.
Hide Comments Show Comments 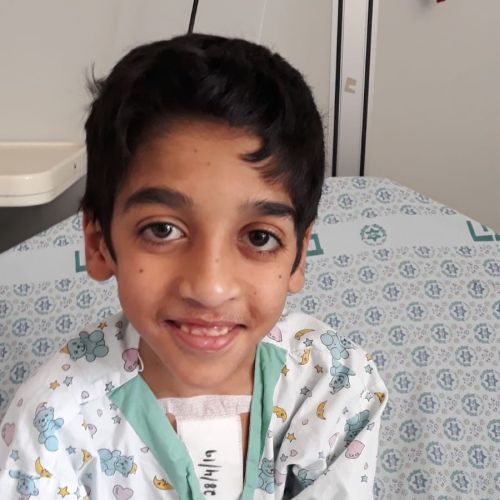 Today, we had the pleasure of meeting our new and urgent child Ibrahim from Gaza in Hadassah Hospital in Jerusalem. Driving trough such a beautiful landscape of our springlike nature, once again I was reminded of God’s care and love. Even after a long dry summer, God refreshes the soil with water, turns dust into something beautiful. And as we reached the small room of Ibrahim, we could also see this turn in him. Being in Ramallah the doctors didn’t know what to do for him. His condition got worse and worse. And then, the relieving news came from Hadassah: “We will take care. He can come!” After a life-or-death-surgery during Passover, when the doctors stepped out and also left their families at home, they could save his life by God’s grace. He would have lived only two more days, they said. And now, a few days later, he is already in the children’s department. His heart is looking good. God has turned his life upside down and breathed new life into this boy’s body! Praise to him! 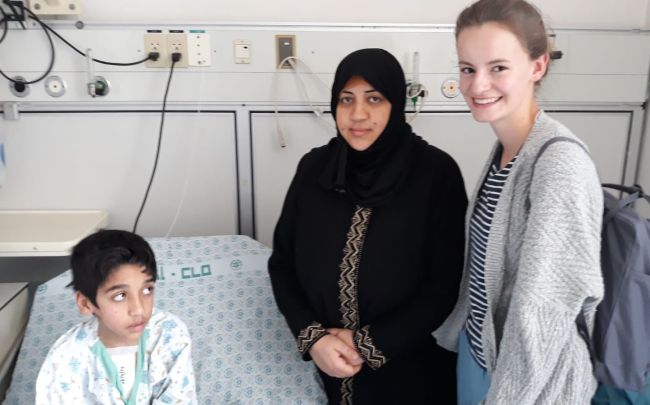 Unfortunately, another issue came up. Ibrahim got an infection, so he has to stay 40 more days. During this time, they will treat him with medication, mostly to prevent the infection harming his valves. Ibrahim himself just heard the news this morning. So, when we talked with his beautiful mother, his silent tears dropped on his pillow.”He wants to play and go to school,” his mother explained. She also shared her fears. Seeing Ibrahim so close to death, you can hardly imagine her feelings. She has also already lost one son due to a heart failure. The only thing we could really do in this situation was pray. And as we finished our prayer of blessing, protection, strength, freedom and peace over Ibrahim and his mother, she was so touched by our care for them. And we left the hospital joking with Ibrahim and kissing his mother.
Please really pray for this mother. Please pray, that she will feel and experience God’s love and care for her. May she also be changed from dryness to streams of living water. And may her broken heart be healed. May Ibrahim recover soon. Thank you all for your prayers!
Hide Comments Show Comments

There are some things we don’t understand until we see them with our own eyes. For more than a week we were getting frantic calls from the family of ten-year-old Ibrahim in Gaza. He was a Wolfson Medical Center patient, waiting at home for his turn for surgery, and now hospitalized in the ICU of a poorly-equipped hospital in Gaza. When I looked at his sparse medical report, I couldn’t see that it was a matter of life-and-death that would justify pulling him out of the Wolfson queue and taking him to another hospital in Israel. Finally Ibrahim was sent to an Islamic charitable hospital in East Jerusalem. They put together a comprehensive new medical report on Wednesday that looked more serious, and that night our Gaza coordinator Yousef and I went to see Ibrahim: 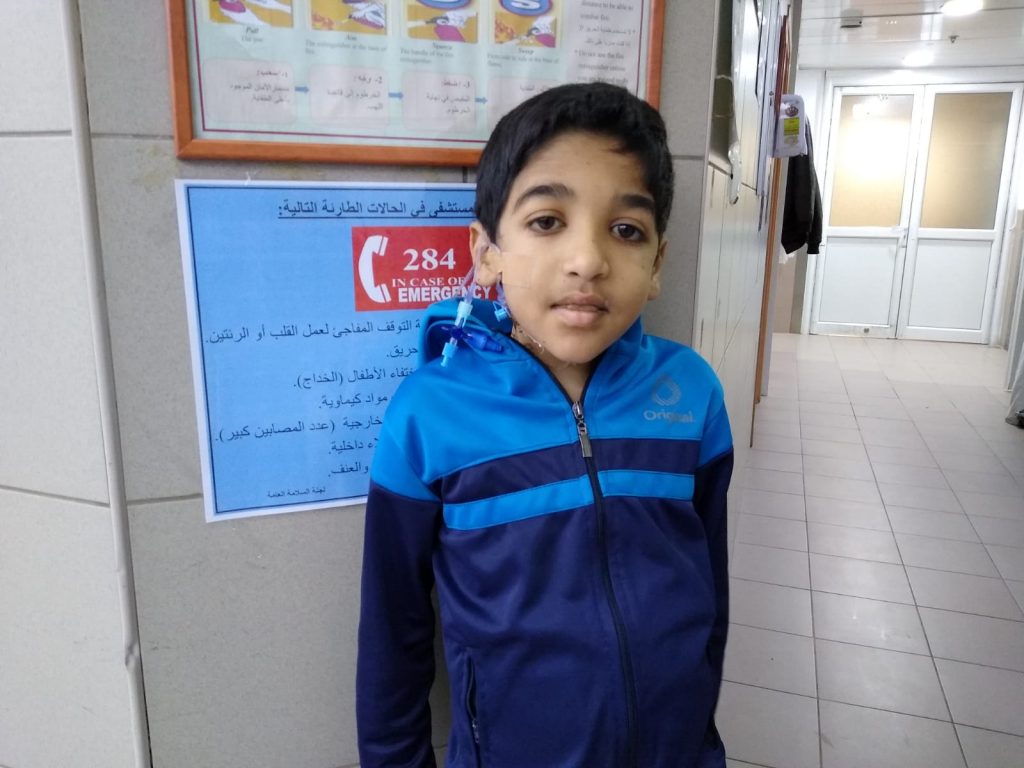 He was able to get up and shuffle over to us. When I asked how he was doing, he looked at me intently and said in a strained whisper that his stomach was hurting. The ICU staff told me they couldn’t do his surgery in Jerusalem, and they would send him urgently the next day to Ramallah. “Could they do the surgery there?” I asked. They shrugged–there was no alternative, since the Palestinian Authority has stopped referring patients to Israel. That’s when our calling became clear to me. Would I send my own son to be operated on in Ramallah? By no means. So what does it mean to love our neighbor as ourselves? The next morning Hadassah Hospital agreed to accept Ibrahim into their new cardiac critical care center, with our promise to contribute half the normal cost for a heart surgery: 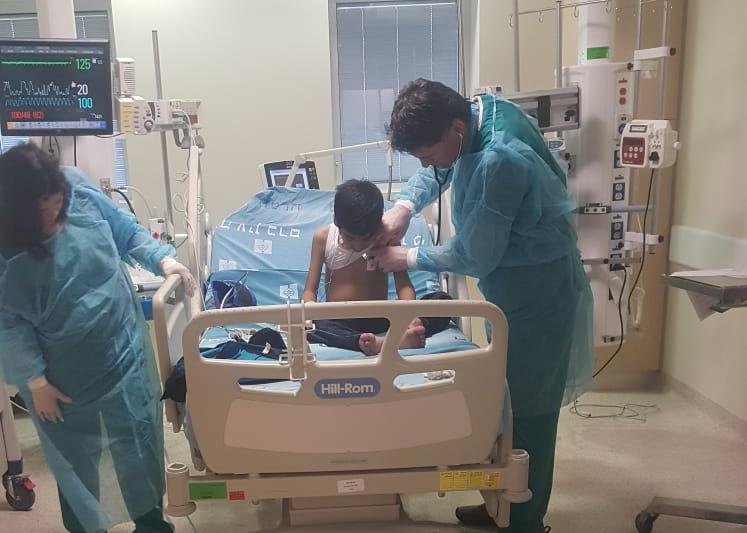 On first examination that afternoon they were shocked to see that Ibrahim’s aorta was torn, and he would not live another 48 hours without intervention. Finally this boy’s life was treated as the precious gift that it is. Doctors scrambled to emergently put together a surgical team, and Ibrahim was rushed in for a “huge, life-and-death operation” that replaced the stem and valve of his aorta, and the ascending aorta, with the blood vessel of a cow. 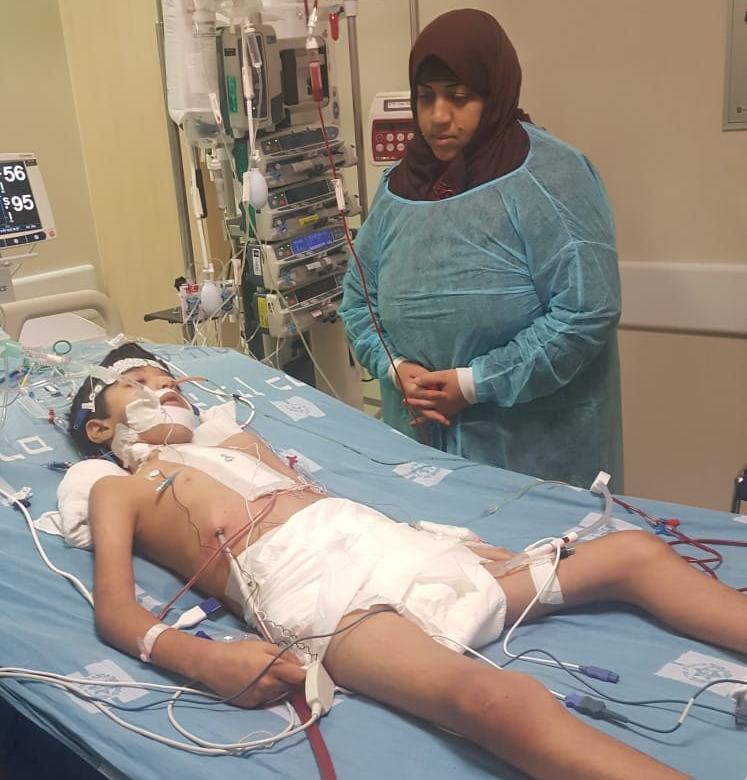 By the next day, our friend Dr. Uri texted to tell us that Ibrahim was awake and smiling. Praise God. 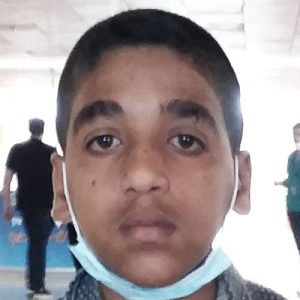 Ibrahim is a 12 year old child from the Gaza Strip diagnosed with a torn aorta.

Ibrahim does not yet have a local leader to advocate for prayer and financial support for his surgery.

As of right now, Ibrahim still needs $5500 toward surgery and related expenses.