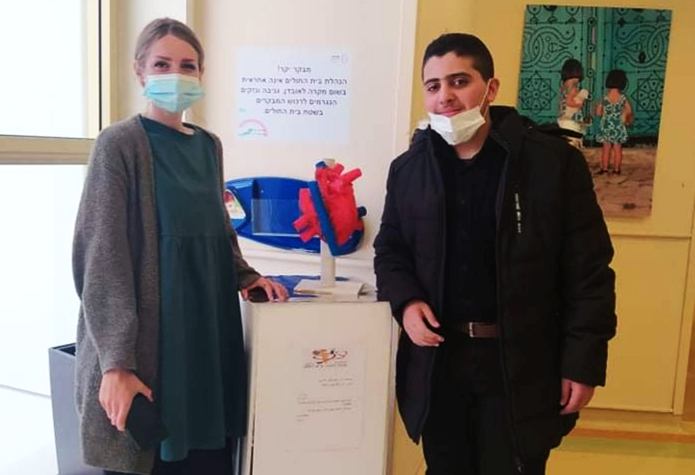 Mohammed recovered well from his catheterisation yesterday, and the doctors were happy to discharge him to Gaza today. Despite an aggressive attempt to identify an electrical cause for his palpitations yesterday, the doctors were confident that there are not any cardiac issues.
Therefore, a happy mother and son left the hospital, I think in some ways relieved to know that there are no problems of the heart, but also in some ways worried, as the problem which they had originally thought must be there, was not found and therefore not treated. 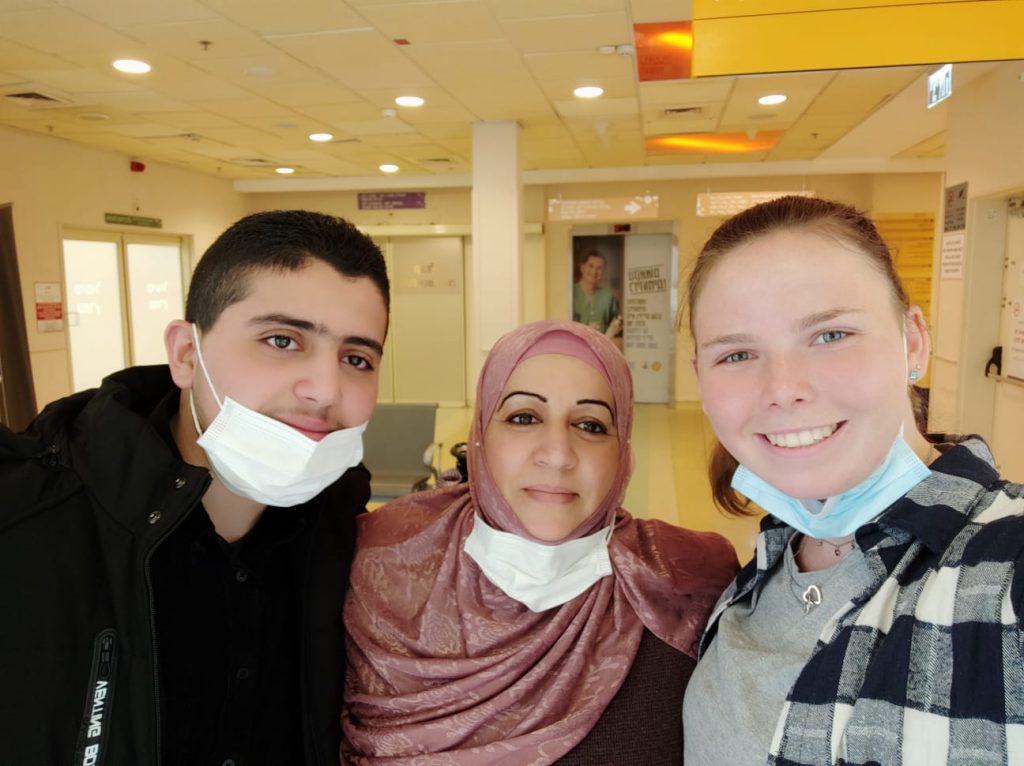 It was a big honour to be able to to spend the time with Mohammed, who is such a pleasant person and his kind mother. Please pray for them as they return home.
Hide Comments Show Comments 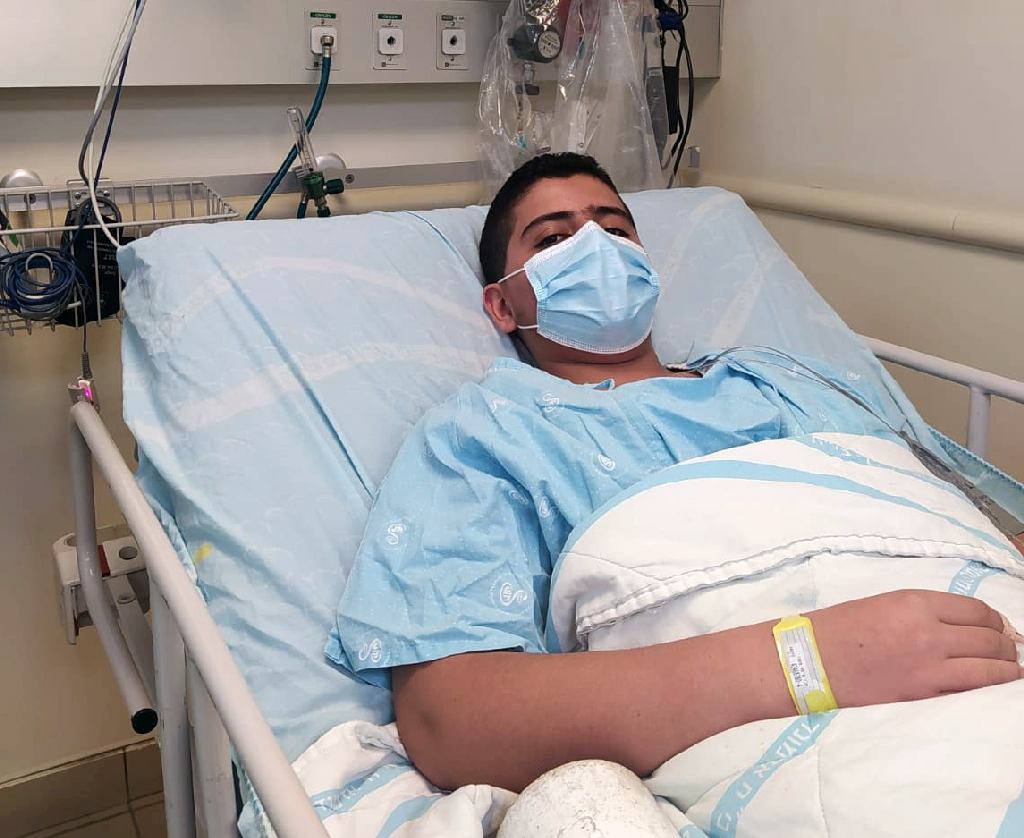 Today Mohammed underwent a special type of catheterization at Sheba Hospital, in which he was given a medicine to induce tachycardia so his heart could be observed via three catheters. There were two electrophysiologists in the cath, his pediatric specialist and one of the first electrophysiologists in Israel, who is now retired but still attends some interventions. 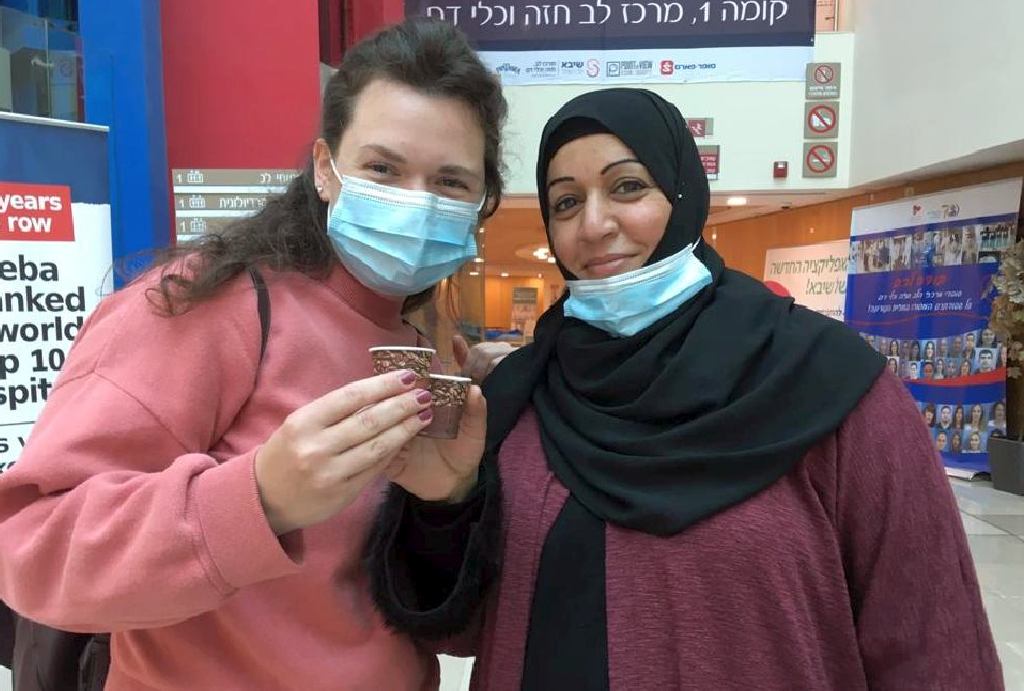 When co-worker Carina and I arrived to hospital, some of Mohammed’s extended family from Beersheva were there and they were such nice company to have. We joked that medicinal careers run in the family, as his mother is the head nurse of a cardiac unit in a Gaza hospital and her cousin who was visiting her, was an ambulance driver. They gave us true Arabic-style coffee in these miniature paper cups, which, if you’ve ever drank Arabic coffee, you know a little goes a long way for how strong it is.

At around ten in the morning, after two hours in the cath lab, the cardiologist came out to share some very good news. There are no electrical problems in Mohammed’s heart, it is completely normal. What he needs to do now is go and play outside and play soccer with his friends.

He and his mother were so excited to hear this news. It was a joy to know this outcome for this wonderful boy!

Mohammed and his mother went back to Sheba Hospital today. We very much enjoyed the days in our community house in Jaffa with this boy and his loving, friendly mother. We had a great time together.
It was a while ago, when I first came here to Shevet in October, that I had met this family. I remember the first time with them very well because Mohammed’s mother spoke in English and could help me a lot with translating to the other mothers in our community that also spoke a bit of English. I appreciated greatly the communication help, but I also enjoyed both of them so much and thought how nice they both were.  It was a lot of fun to spend time together then and now. I’m glad to have had this second time with them and that they have spent the weekend back in Jaffa together with us. Mohammed’s mother procured flowers  for us all for Valentine’s day today. 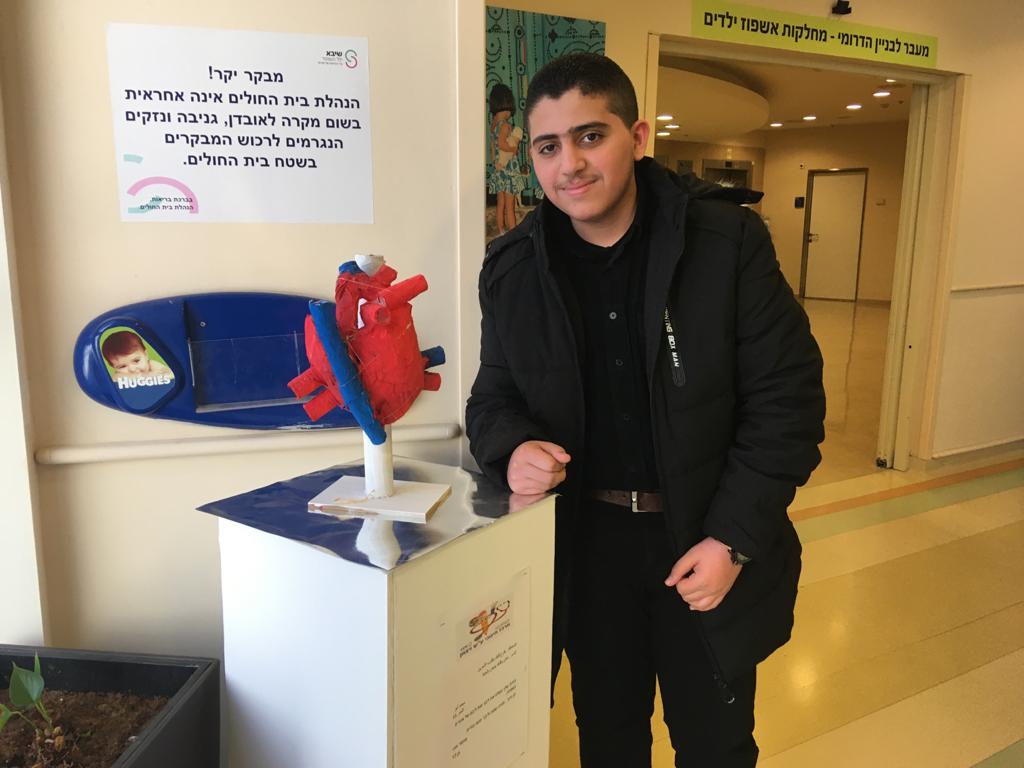 When I took them to Sheba hospital, they had to have a Corona test and wait a long time for the results. However, the wait was worth it because the Corona test was negative. During the waiting time, the art teacher of the hospital, the same one who helped Mohammed to create this great heart the last time he and his mother had to wait for a Corona Test result, she saw them in the hospital and it was a lovely moment. They had a lovely hug and chat together for a while.
Mohammed was scheduled for an Echo and an ECG. After these, one of the nice doctors explained to them what is going to happen next and why on begalf of her son Mohammed. He was a very friendly doctor and because the mother of Mohammed is a smart nurse back in Gaza and speaks English as well, she was able to understand the doctor and what he was telling her. Mohammed is now in the adult building of Sheba Medical Center. 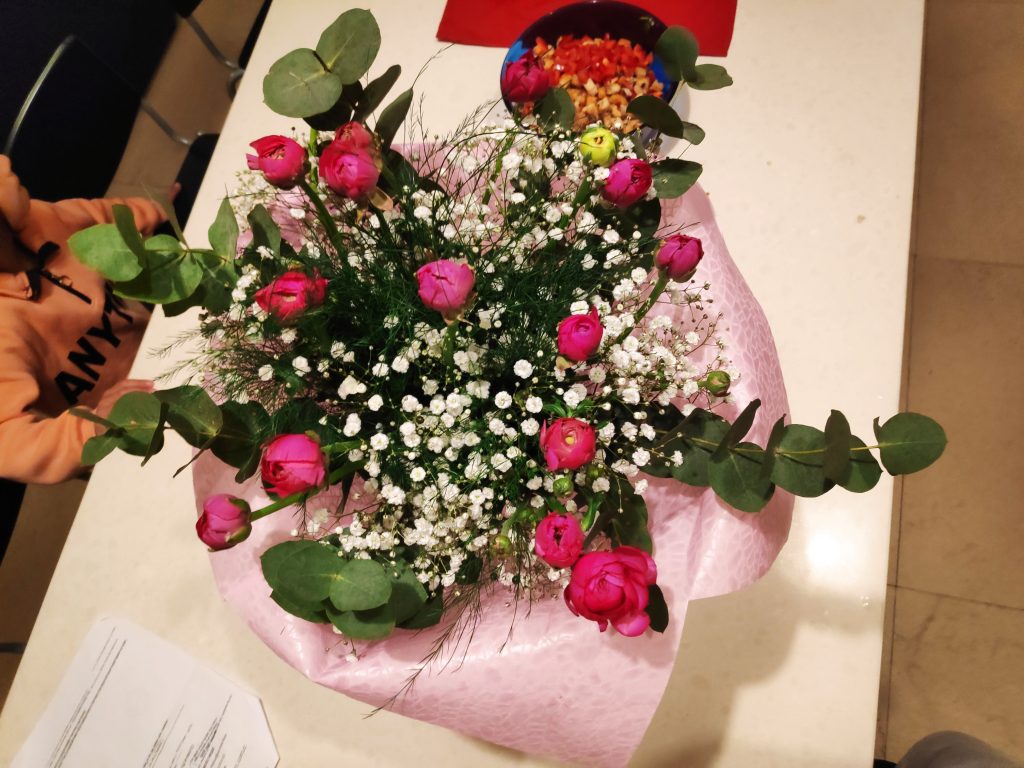 Tomorrow will be a big day for our precious Mohammed and his mother. A catheterization will be done for him and the doctors want to do a Tachycardie to assist in solving problems. If results allow, the doctors will discuss what they are going to do next with Mohammed.
But we can know with confidence that everything is in God’s hands and that He has the best plan for this young man.
Hide Comments Show Comments 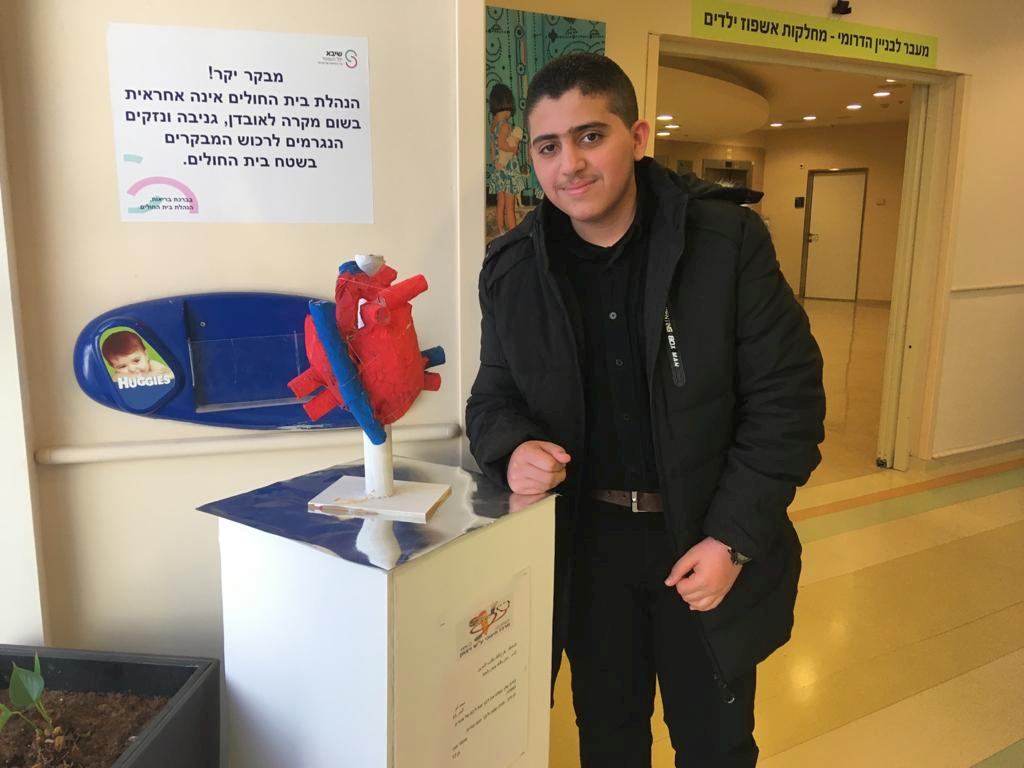 Thirteen year old Mohammed came with his mum today from Gaza. He has a condition called Tachycardia and was first here for treatment this past October and November. However, a mix-up in the schedule occurred, so his appointment was rescheduled for next week. He and his mother are staying with us in Jaffa for the time being.
When I saw his mum at Sheba hospital, we ran to embrace one another. Both her and Mohammed are some of the most kind and loving people I have ever met. The 3-D sculpture of a heart which Mohammed painted during his previous stay is still on display in the Cardiac floor. Besides somehow growing a good three inches taller in the span of three months, Mohammed is the same creative, funny, and intelligent young man I remember him being. 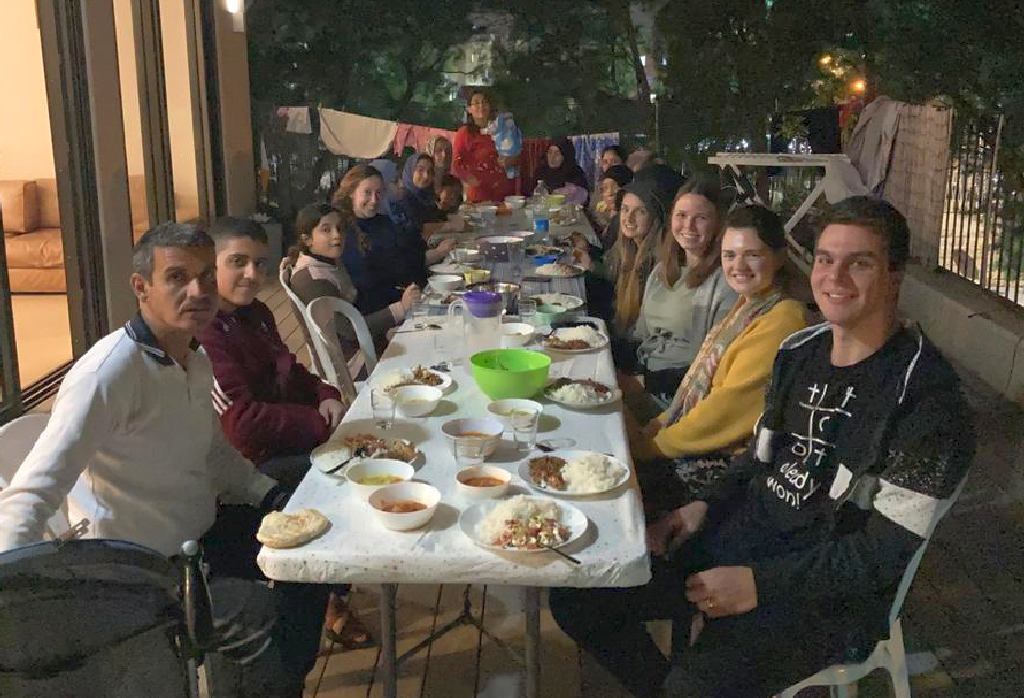 We had dinner together with all the Kurdish and Gaza families tonight. Afterwards, Mohammed, one of the fathers, and a few of us volunteers played a Kurdish-Arabic card game.
Please pray for Mohammed as he anticipates his catheterization next week, and may we be as family to them while they wait.
Hide Comments Show Comments 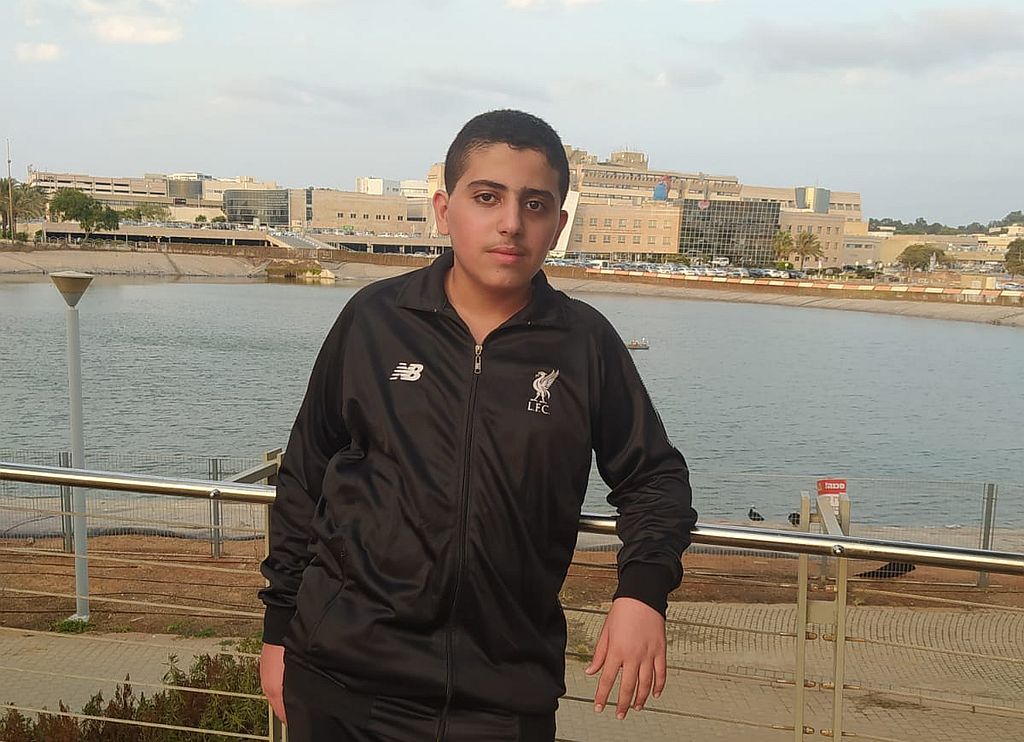 Mohammed was discharged from Sheba Medical hospital today for further observation. Please pray that the data for his condition would be available.

He is a really lovely boy. When I came outside to meet him and his mother, Mohammed was sitting with another boy whom I didn’t recognize. They were playing a game on a cell phone. Mohammed’s mother then told me that these two boys had just met and this new boy had been at the hospital for years.
This speaks to Mohammed’s nature even as a young teenager. He is making friends and sharing what he has. His desire to become a doctor and help children with his condition, fits perfectly with his character.
Please keep this young, aspiring doctor, in your continued prayers.
Hide Comments Show Comments 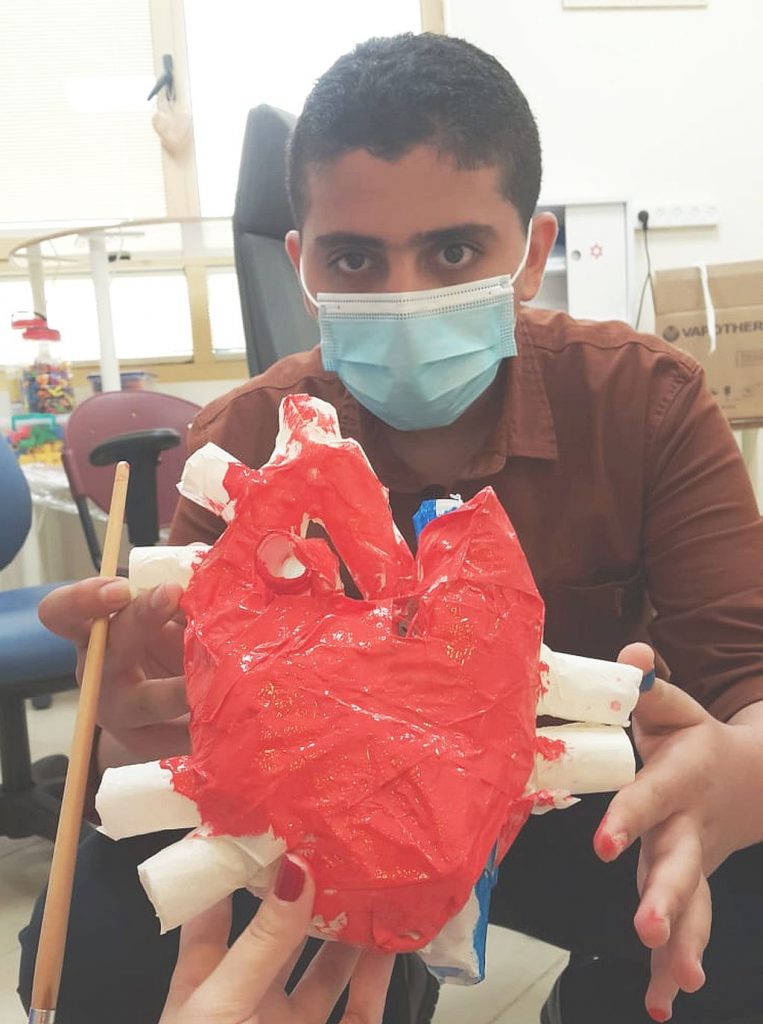 Mohammed and his mother spent a long day waiting for an admission to Sheba Hospital, where he will undergo an Electrophysiology study.

The day was long but the time for Mohammed passed in a really beautifully productive way. One of the staff at the hospital who works with the children on the wards, invited him to create a 3-D model of a heart. He approached the project with enthusiasm and determination. This project choice was really awesome especially given the fact that he wants to become a Cardiologist with a specialty in Electrophysiology. His mother said that he’s seen and felt the help he has received from these specialists and wants to do the same for others.

Because he has been admitted to the hospital, the project of the heart model will continue tomorrow, and his mother, who is a cardiac nurse, will also continue to enjoy the project!

Getting to know them has been a gift, and I pray for their future, that God will use his life to bless others. 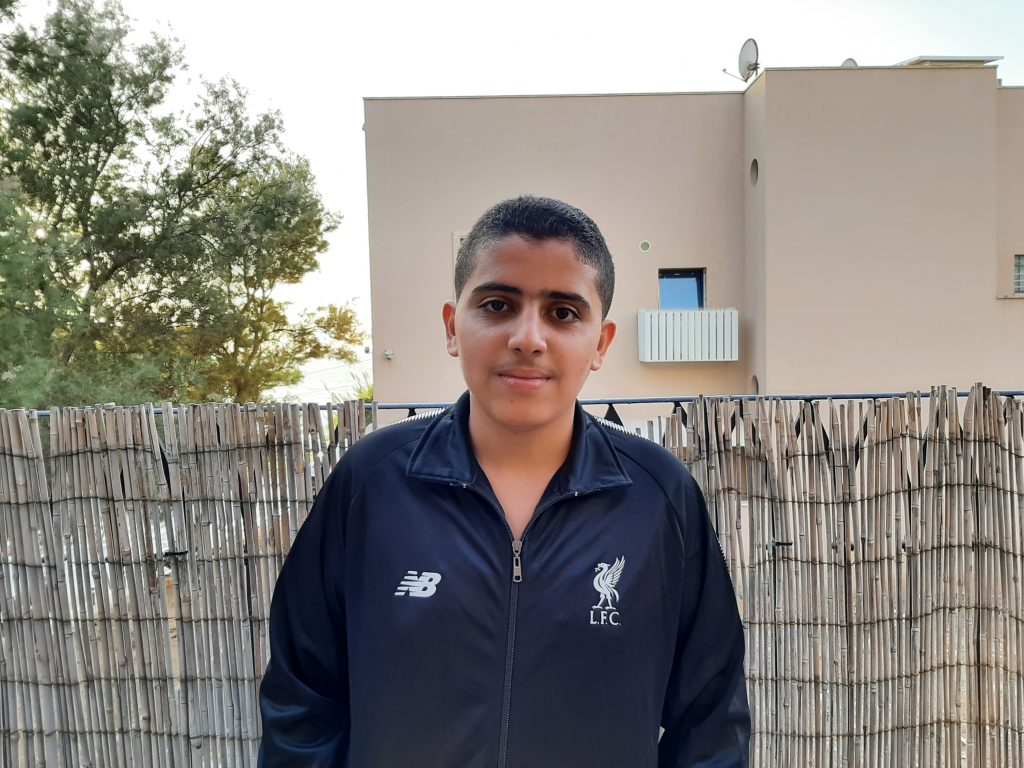 Mohammed is a 13-year-old from Gaza. He is here with his mother who is the head nurse of a cardiac surgery unit at a hospital in Gaza. Mohammed has traveled much in his life, with a previous consultation at Sheba Hospital and two cardiac ablation procedures at Hadassah in Jerusalem and a hospital in Hebron.

He experiences heart arrhythmias often, and has even experienced fainting episodes due to his condition. Mohammed loves football, and I hope that one day he will be able to run without pain and play football with a team.

Mohammed is currently staying with Shevet Achim in Jaffa until the hospital has availability to perform various diagnostic tests to determine if he would be a candidate for an electrophysiology study and catheter ablation procedure. Please pray for Mohammed and his mother as they wait. 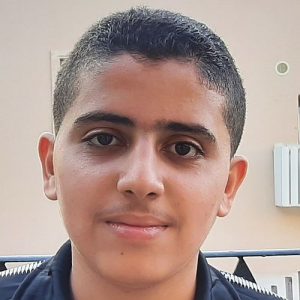 Mohammed A.E. is a 13 year old child from the Gaza Strip diagnosed with an electrophysiological disorder.

Mohammed does not yet have a local leader to advocate for prayer and financial support for his treatment.

As of right now, Mohammed A.E. still needs $2400 toward surgery and related expenses.