Zain’s parents had a precious 24 hours together with their son before he died Wednesday evening, and then came to spend the night with our Jerusalem community and to pray on the Temple Mount early Thursday morning before returning by ambulance for Zain’s burial in Gaza. We ask the Father for comfort and mercy for Zain’s young parents, and also for our coworkers who have now endured four deaths of beloved children in one week. We hope to visit Zain’s family soon in Gaza. The words which I heard most today from Zain’s mum were “الحمدلله” ~ Praise God. It’s right, in every circumstance we should be giving praise to God, even when we almost can’t believe what we see.

Co-worker Amar alerted us early this morning that the word from the hospital was that Zain’s situation was critical, he required resuscitation, and had been placed onto ECMO, the life support machine, which takes over the work of heart and lungs. He asked if we could come to the hospital to be with the mother as she was very upset.

When we arrived to hospital, Zain had been taken to a CT scan, and as he returned to the ICU, his mother was crying with worry about her boy.

She was very often in the company of caring mothers, who also have children in hospital. In particular today, the mother of Raied, also from Gaza, opened her arms and her heart and with great empathy, remained the side of Zain’s mum, dealing with the many phone calls which came from relatives, calls that Zain’s mum was too exhausted to answer.

The outcome of the CT scan was explained to the mother, and it was this that broke her heart even further. The doctors found that there is profound brain damage, affecting all parts of his body. They are not expecting Zain to recover from this. It’s hard to believe I am writing these words about this beautiful boy, who just yesterday morning was so full of life and joy.

Zain’s mother asked if it’s possible for her husband to come. I said we can try to see if the Erez border would give him permission, knowing from past experience, that such a request has not easily been granted before. However, after a phone call with Amar, I asked a nurse if it could be possible for someone from the hospital to write a short request for Zain’s father to come. Almost immediately the report, in wording so strong it gave me a shock, was placed into my hands to send on to Amar. Thank God for this quick cooperation from the busy medical team.

Exactly one hour later, I received the news from Amar that the father has been granted permission, he is coming to the hospital. Praise God for opening up that kind heart who generously gave a permit for the father to join his wife for this difficult time. It is a real miracle, and we see the kindness of God in this hard situation.

The father arrived later in the evening at the hospital. His greetings were polite, consistent with the strong social protocols of Palestinian Gaza Strip culture, but he also knew the urgency of the situation and was surely almost running through the doors of the hospital with only one thought in his mind, to see his wife and his son.

It was a beautiful moment as he arrived to the waiting room to comfort his exhausted and distraught wife (both I and Raied’s mum cried a little at this moment), before making his way to set his eyes on his three year old son.

True to the words ‘sacrifice of praise,’ even through this life and death situation, we praise God, who is always working.

This beautiful boy has been enjoying himself at all times over the weekend whilst he has been in the hospital. He is so joyful, and has a smile that delights everyone who sees it. At 8 o’clock this morning, Zain happily went into a big heart surgery at Sheba Hospital. When co-worker Sabrina and I arrived at the hospital, Zain’s mum was in the company of another mum whose ten year old daughter has also had a heart surgery. It was a delight to see that Zain’s mum was encouraged all day by phone calls with family, and by many parents from the hospital coming to visit her, sometimes bringing food and coffee. She remained in a bright and positive mood for the main part of a very long day. In total, the surgery took nine hours. The surgeon came to tell us that it was a very difficult surgery, but thank God, it had a good outcome. Zain did not need to have a pacemaker fitted today, which was one of his mother’s big concerns.

He is recovering now in the Intensive Care Unit. We are hoping and praying for a stable and full recovery for Zain, who is a joy to everyone who meets him, but especially to his family. Zain had his catheterization early this morning. Mum said that he was very happy throughout the evening before, and although it was hard for her to sleep, Zain had a reasonably good night going into the procedure today.
Mum and I spent the waiting time together, also meeting with Fayez and his mum who are also from Gaza. It took approximately two hours of time in the cath lab before he was brought back to his room to wake up. The hospital staff informed us that it had been a successful procedure, without complications.
They have confirmed that Zain will need a surgery, perhaps as soon as next week! Your prayers are appreciated.
Hide Comments Show Comments Zain and his mother arrived to Sheba Hospital today in order to have assessments and a catheterisation tomorrow. It was easy to recognise this elegant mother and young son, despite it being the first time we had met. This is Zain’s mother’s first time at the hospital, although he has been here before.
Despite being quite nervous to travel here from Gaza alone, she has pushed her fears aside, thinking only of the well-being of her son. It was a real pleasure to meet her, we are about the same age, and she was so friendly and very sweet. I will look forward to seeing her again tomorrow for Zain’s catheterisation. Zain had his first assessment today in over a year. He has had a surgery at Sheba hospital before, and many of the staff there looked at his picture on his permission document, exclaiming, “that’s what he looked like the last time we saw him!”  What a blessing to see him having grown and owning a reasonable state of health.

He was a little nervous when he arrived, clutching onto a toy car, but he became more comfortable as the day went on. Mum was very grateful that Zain’s doctor spoke Arabic. She explained the procedure of Zain’s catheterisation for tomorrow. Please keep the day in prayer for this lovely family, to have peace and strength for the procedure.
Hide Comments Show Comments 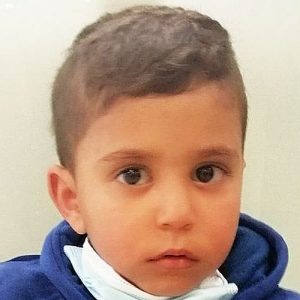 Zain does not yet have a local leader to advocate for prayer and financial support for his surgery.

As of right now, Zain still needs $6000 toward surgery and related expenses.