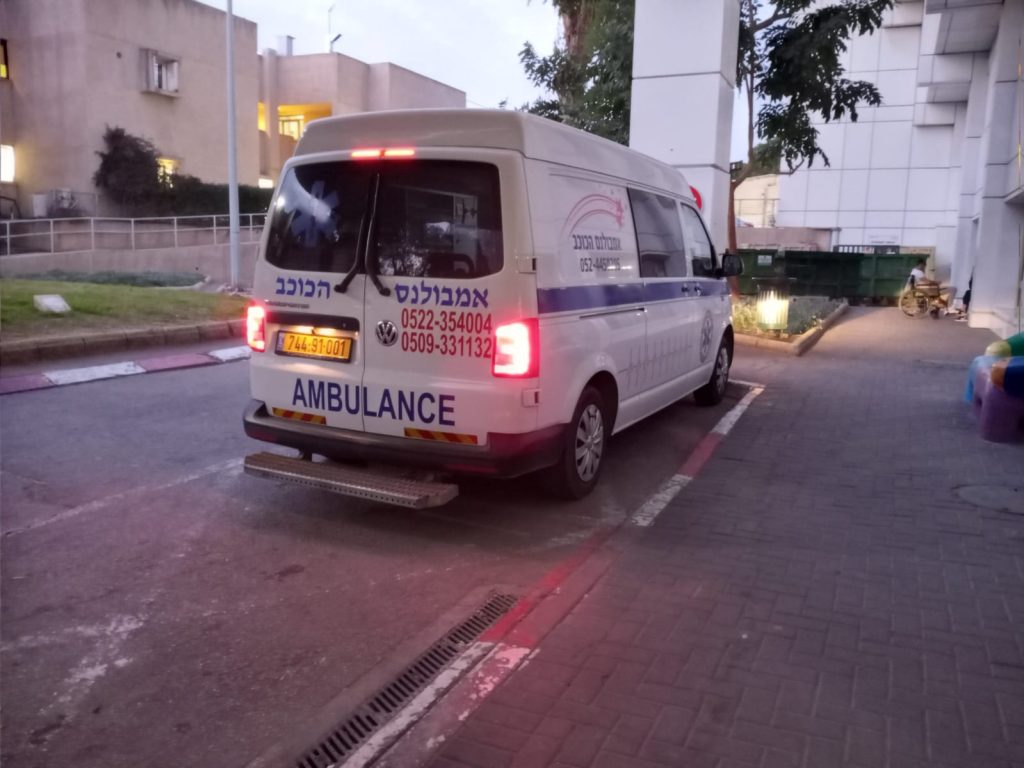 Besan’s day started fairly early, as she was taken into surgery around 8 am. The doctors worked to place a BT shunt in her tiny newborn-sized heart. We heard that this part of the surgery had gone fairly well. However, after many hours of calmly and patiently waiting, a group of staff from the hospital, including the head surgeon, came to break the news that when they had opened Besan’s chest, they had seen many of her blood vessels were closed.

The doctors promised that they would try hard to do their best to open the vessels as best they could, but were clear with the mother that Besan’s chances of survival from this procedure were low, and even in the case that she survived the procedure, her recovery was far from guaranteed.

The mother received this news steadily, and although there were some tears, she mainly whispered her praise and commitment to believing that God is above everything. She told me that although she knows the doctors are very good here, that everything is in the hands of God.
The waiting time passed quickly for this latter part of the day. Besan’s mum told me that she has three other children back in Gaza, a boy and two girls. Her husband is called Amar, the same as our Co-worker who first called her to offer help to bring Besan to Israel for surgery. Besan’s mum explained that this is her first time out of Gaza, and she had never thought that she would come here to Israel. She didn’t know that there were people and organizations who could and would help children like Besan.
Besan’s mother was full of praise for the hospital, and described the little community that the mums of the ICU have together, bound together by their situations. She has a particular new friend there from Hebron, and it sounds like the two of these mums have become friends.
Besan’s mother also told me that three days after giving birth, Besan went to the hospital in Gaza, and until she arrived in Israel, the mother was not allowed to enter the room to see her daughter or to touch her.
Before long, the secretary of the surgeon collected Besan’s mum and me and brought us to the surgeon’s offices. When a nurse arrived to translate, the surgeon gave the mother the news that they were not able to save Besan’s life. He said that he had never seen a case so severe as Besan’s. The mother cried a little as she declared “Al-hamdilullah” (praise be to God) and then a firm and genuine “shukran” (thank you) to the doctor.
An ambulance arrived after a few hours to begin the journey which would bring little Besan and her mother back to Gaza. Thank God for these two weeks of life which Besan had, barely ever out of the hospital. Thank God that we can trust she is with Him, Praise Him for every decision that He makes, and for His excellent leadership.
Please also pray for comfort for the mother and the family; may they know the love of the Father at this time.
May Your kingdom come, on earth as it is in heaven.
Hide Comments Show Comments

Doctors at Sheba Hospital are planning heart surgery tomorrow for our new baby Besan. Besan is being cared for in the Pediatric Cardiac ICU, so I was unable to photograph her, but did catch a few moments to talk with her young mother outside the ICU. She is very pleased and thankful for the decision to go ahead with surgery tomorrow.

This very small girl will undergo a BT-Shunt procedure. Little Besan will benefit from this as it should provide her body with more oxygen-rich blood thereafter, Lord willing.

The glory of God can be seen through this intervention. Let’s pray and bless tomorrow together. Bless our lovely Besan, her mother, and the medical staff who will carry out their respective tasks, all working together to equip Besan for a better future. 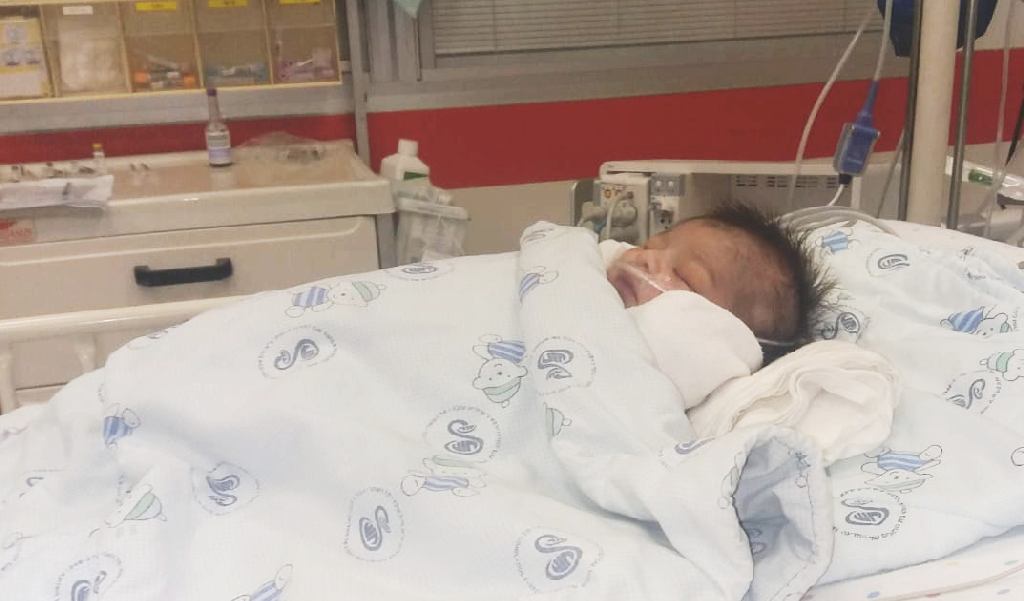 Today, the doctors at Sheba Medical Center decided to do a CT scan for Besan to assess how she is and where exactly the problem is in her heart. They need to think about what the procedure will look like for the precious little Besan, so that she can be healed in the future, if it’s God’s will.

Please pray for the precious little life of Besan and her lovely grandmother, that the doctors can find a way to help them. 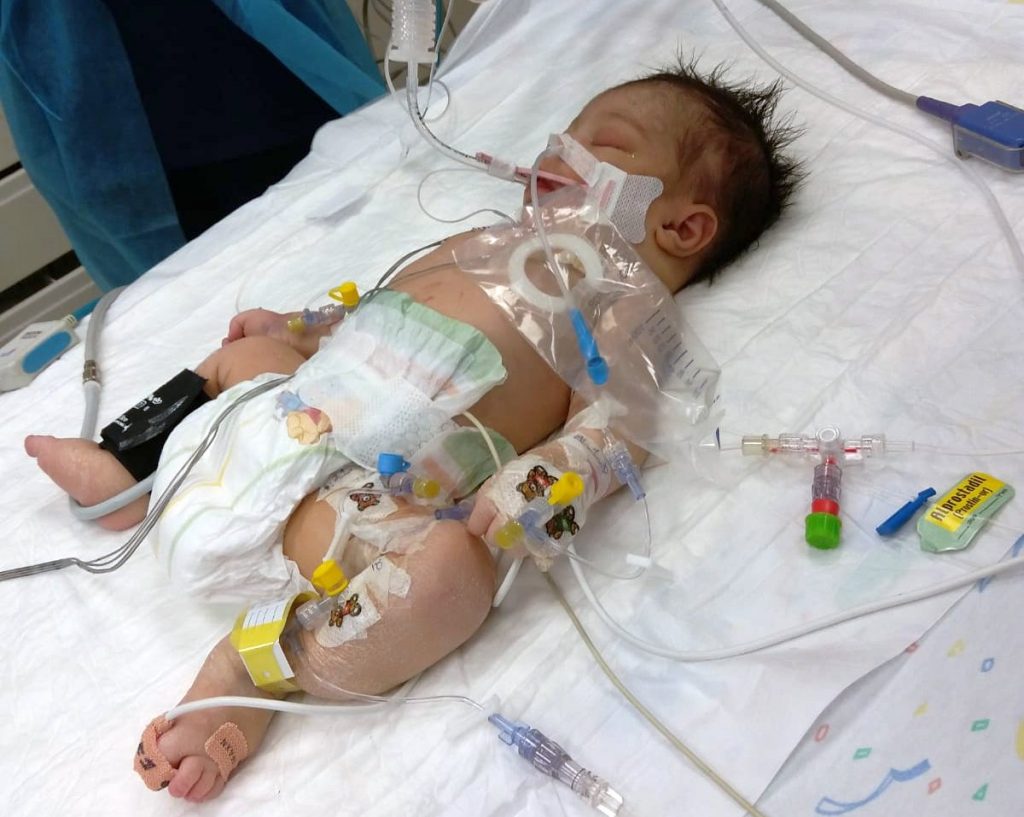 Thank God, Besan in the last hour safely reached the Sheba Medical Center in an ICU ambulance, and is now in good and loving hands in the pediatric ICU. Let’s support the staff there in prayer as they seek the way to save her life. 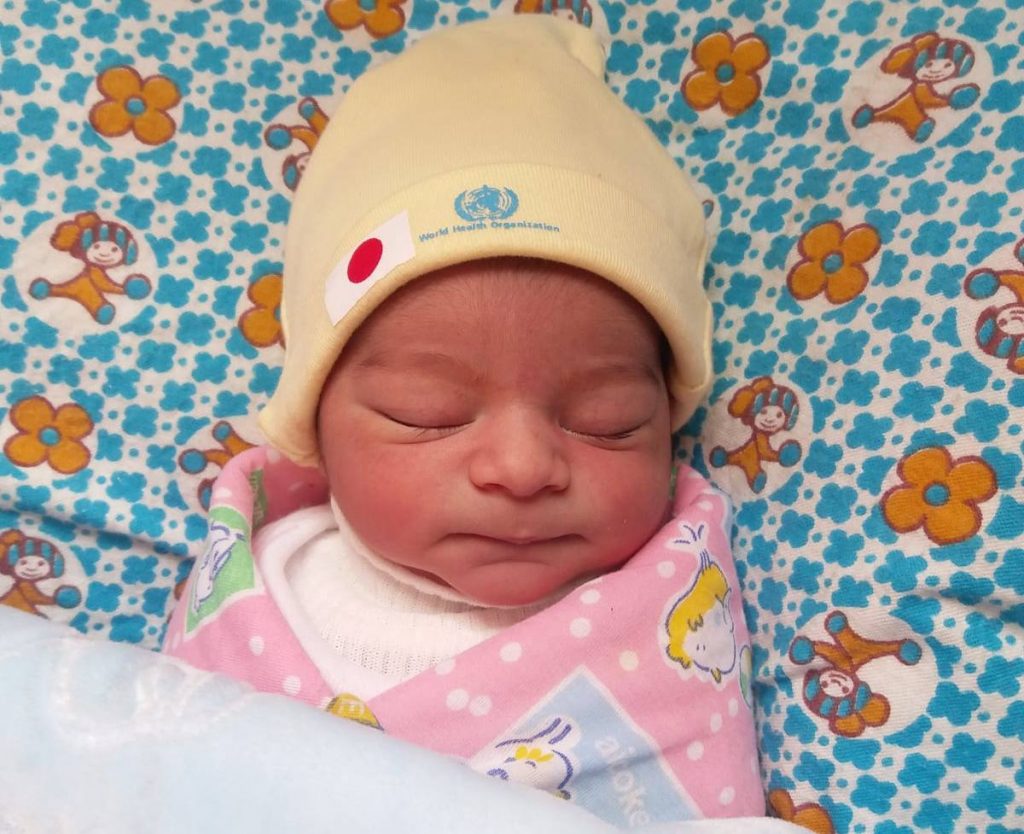 Newborn Besan was rushed to the ICU in Gaza when she turned blue after birth. An echo found complex congenital heart defects, and she was placed on mechanical ventilation to keep her alive until she could reach Israel. Doctors at the Sheba Medical Center have agreed to accept her, and we hope to transfer her to Israel tomorrow. 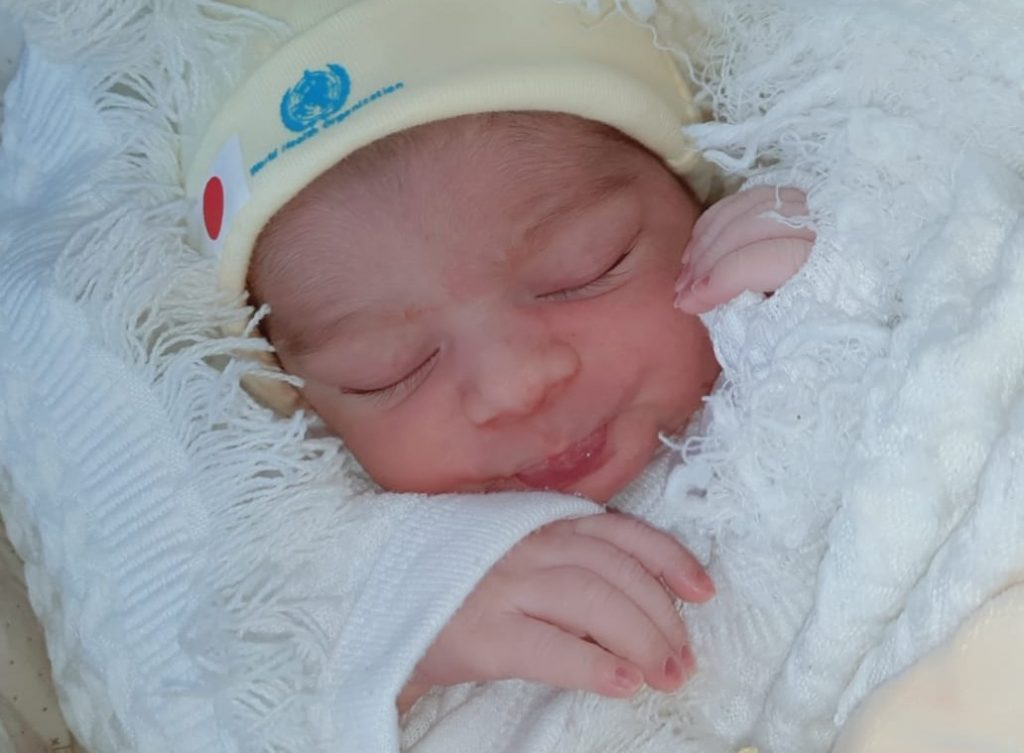 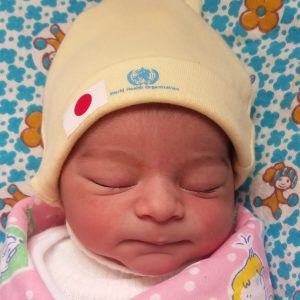 Besan is a days old child from the Gaza Strip diagnosed with complex congenital heart defects.

Besan does not yet have a local leader to advocate for prayer and financial support for her surgery.

As of right now, Besan still needs $6000 toward surgery and related expenses.