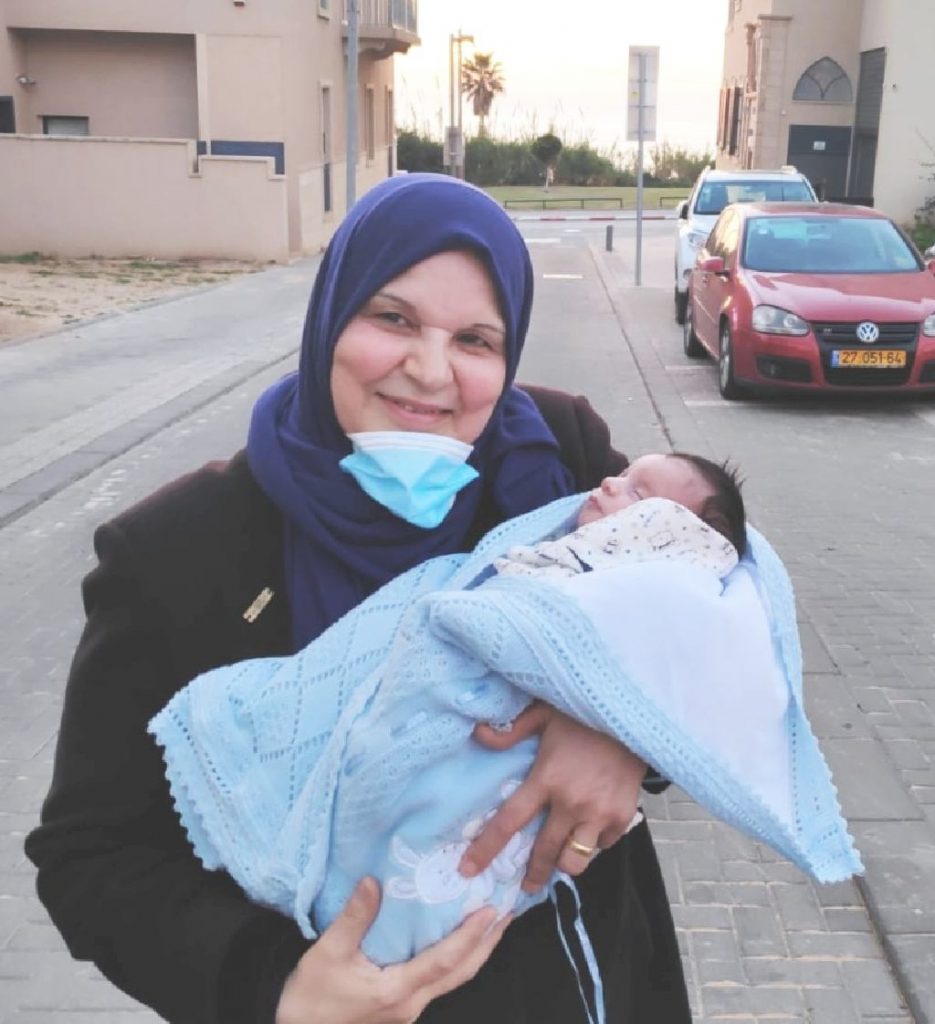 Today Sheba Hospital called to tell us that the medicine had arrived, the report was ready, and the little man Rafiq was ready to return to Gaza. Thankfully he had been able to access the assessments and treatments which had saved his life. In Gaza it had not been possible to find what was causing him to have such a low oxygen saturation that he needed to be intubated, but thankfully the technology and staff were available here to diagnose and treat the thrombus is Rafiq’s aorta.
Today, he and his grandmother stopped at our home in Jaffa, took a quick photograph in from of the sunset sky over the beach, and began making their way to Gaza.
Hide Comments Show Comments 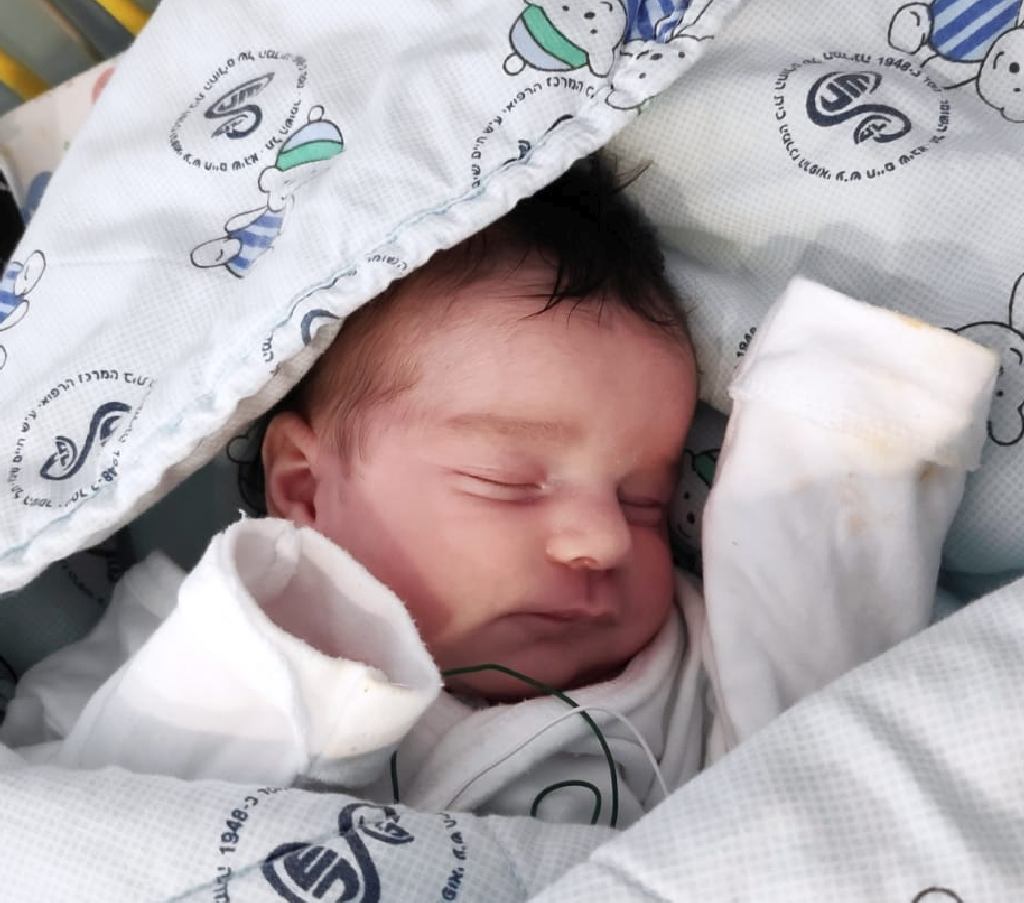 The day is etching closer when Rafiq is increasingly likely to be sent back home to Gaza. Closer, but still just out of reach though, so it seems. Rafiq’s grandma had all her bags packed today, expecting to leave Sheba Hospital.  However, after speaking with the doctor, it became clear that today was not the day.

Thank the Lord that one of my more frequent prayers (“Help us and give us favour!”) was answered this evening. The channel of communication broke through, and we learnt that Rafiq had had a blood clot in his aorta, which has been treated with Clexane injections, and this is the final reason which is preventing him from returning to Gaza this evening. The decision from the department is that he can be sent to a hospital in Gaza, where these injections can be administered safely, thus helping to prevent the occurrence of another blood clot. 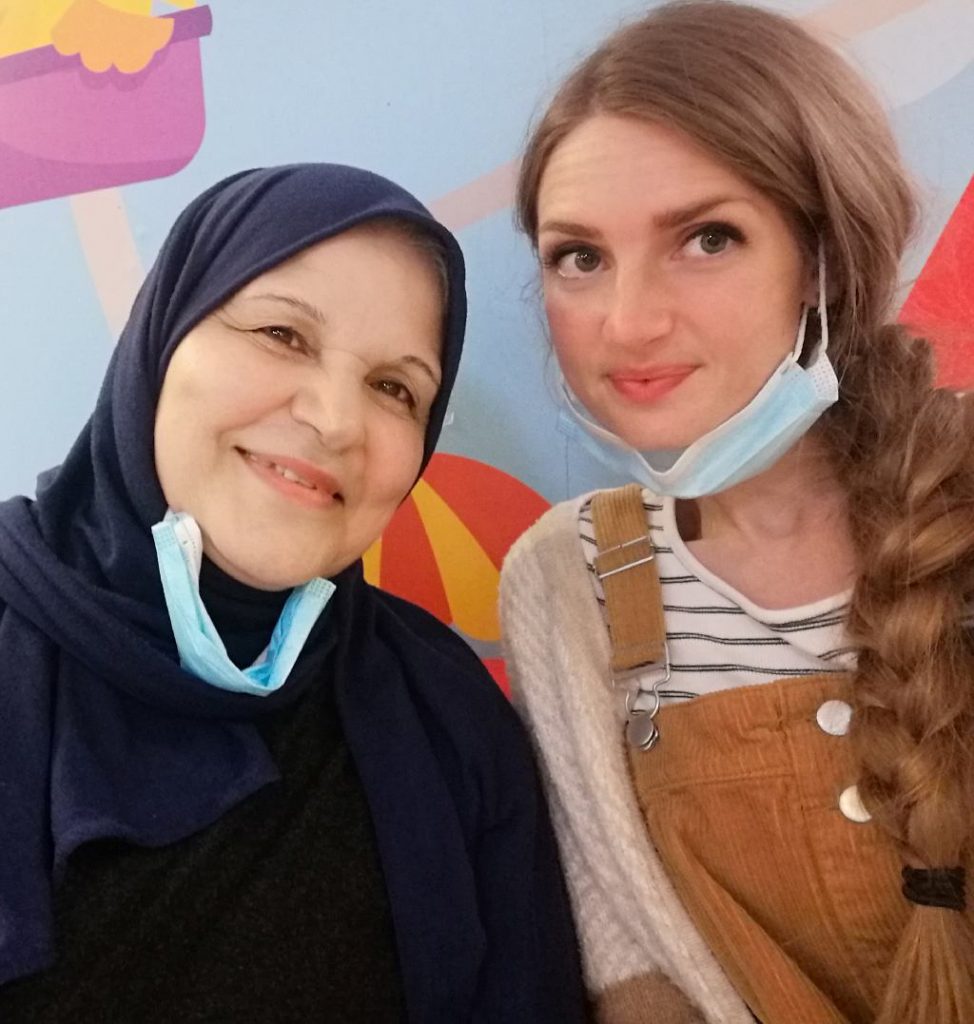 Rafiq’s grandma and I sat outside the ward for some time together, after what felt like a long day. She is a very lovely lady, and she breathed steadily as she re-set her hopes, to be leaving the hospital tomorrow. I thanked her for being such a faithful grandma for Rafiq. 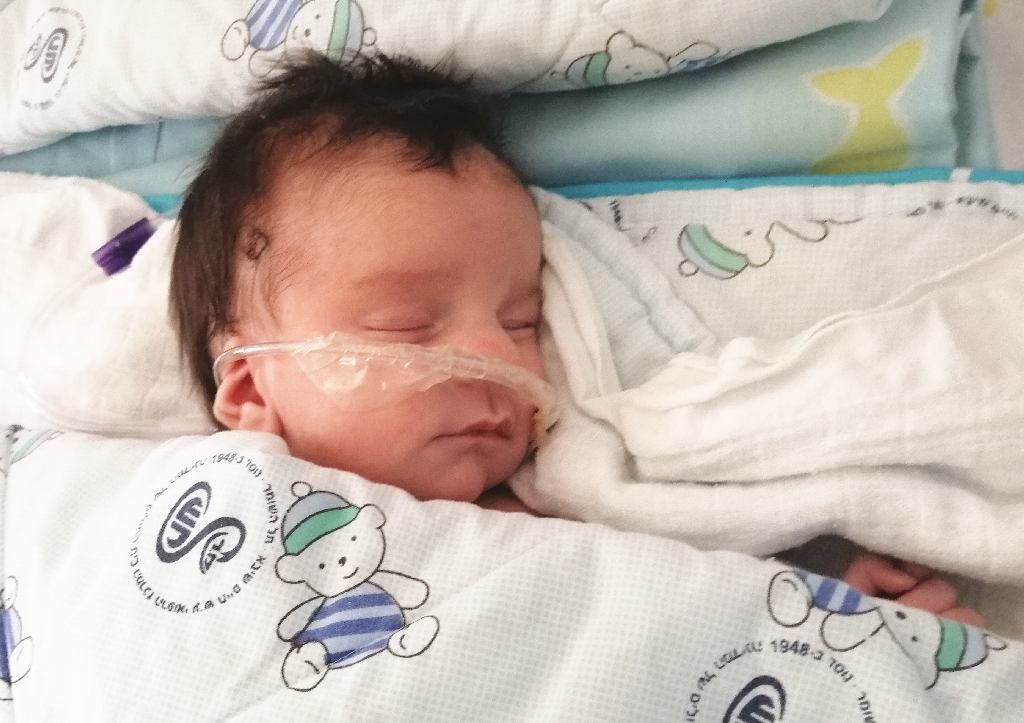 Rafiq was sleeping soundly when co-worker Carina and I visited him today at Sheba Hospital. His grandma was welcoming and expressed her gratitude for the doctors here in Israel who have helped her grandson more than was possible in Gaza. Rafiq is the first brother to a beautiful band of three blue-eyed sisters whom we had the pleasure of seeing in photos today. Grandma says it’s too early to tell if Rafiq’s eyes will turn blue or green like his sisters’, or whether they will stay like hers, bright brown.
Rafiq is still not yet weaned from oxygen, and not feeding so well on his own yet, so these are the next steps of improvement for him. He does not have any specific diagnosis, although was born prematurely. Despite his difficult start in life, he appears to be stable, so we need to find out where he will best recover, and if he can return to Gaza.
Please pray for open communication with everyone involved, wisdom, and for the health of this tiny boy.
Hide Comments Show Comments

Thank God that when co-worker Carina went to Sheba Medical Center today to visit Rafiq, he was extubated and on the other side of the ICU. Though he is extubated, he still cannot breathe entirely on his own. Due to this, he is on high oxygen-flow.

There is no therapy for this precious little boy at present, but the doctors want to do a blood test in the next few days, to make a plan as to how they can help him.

Please pray for wisdom for the doctors and for his mother and for this little boy. 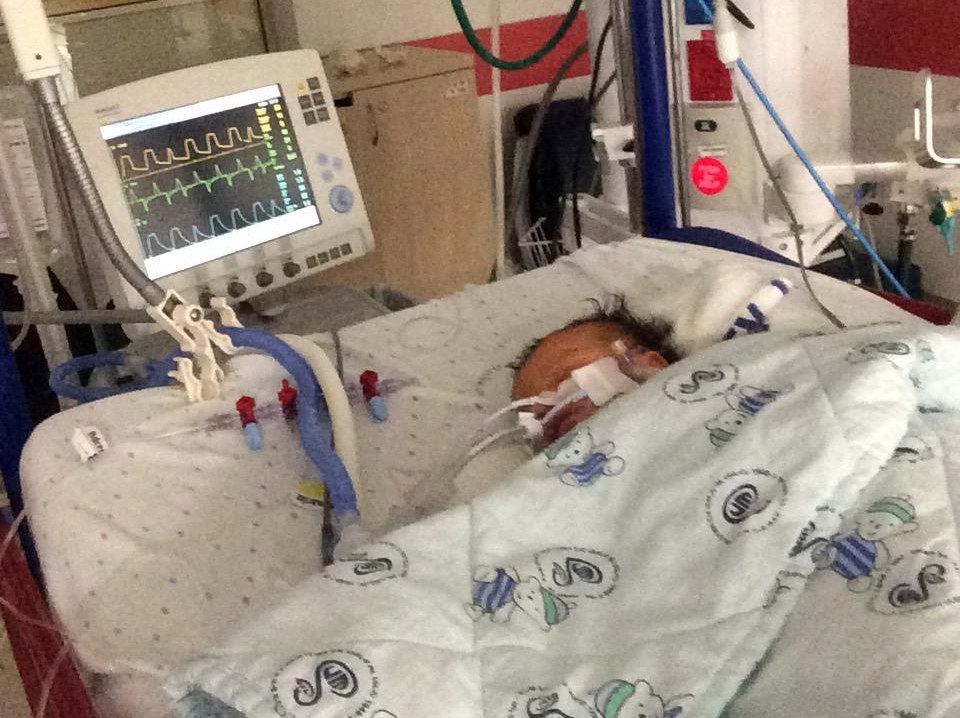 Thank God that the cute Rafiq reached the Sheba Medical Center safely in an ICU ambulance yesterday and now is given the possibility of healing in the pediatric ICU. Today he had an echo and it appears it is not a heart defect which is causing his respiratory distress. The doctors need to think about how they can help this little precious boy to be healed soon. Let’s support the staff there in prayer as they seek the way to save his life. 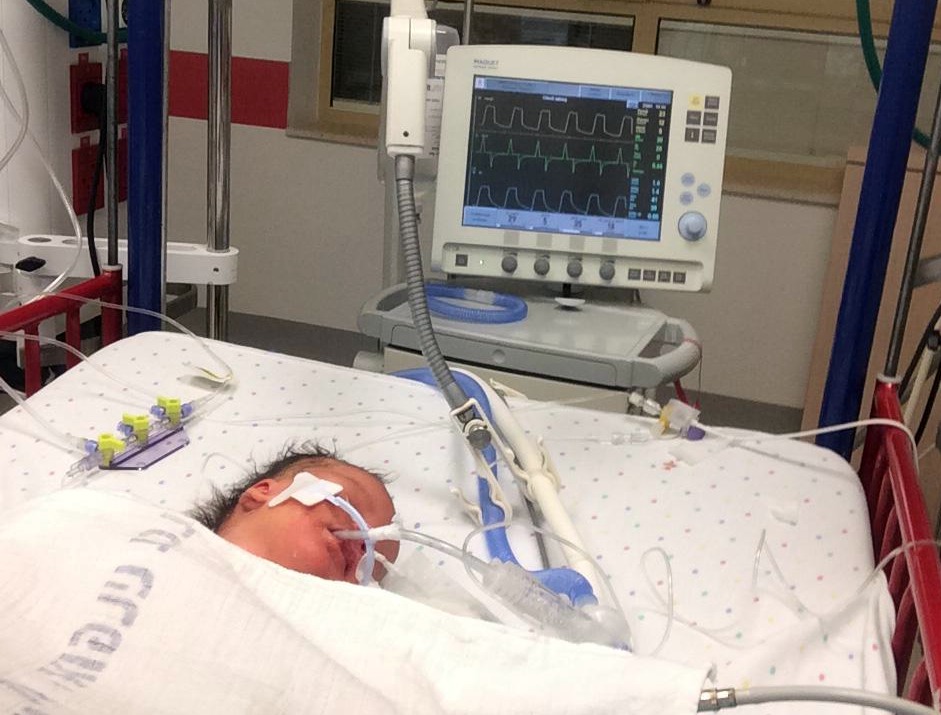 Newborn Rafiq reached Israel this afternoon in an ICU ambulance, in a fine example of prioritizing the saving of a life over the Torah prohibition on traveling on the Sabbath. Doctors in Israel will be evaluating him to learn why he is unable to breathe on his own after birth. 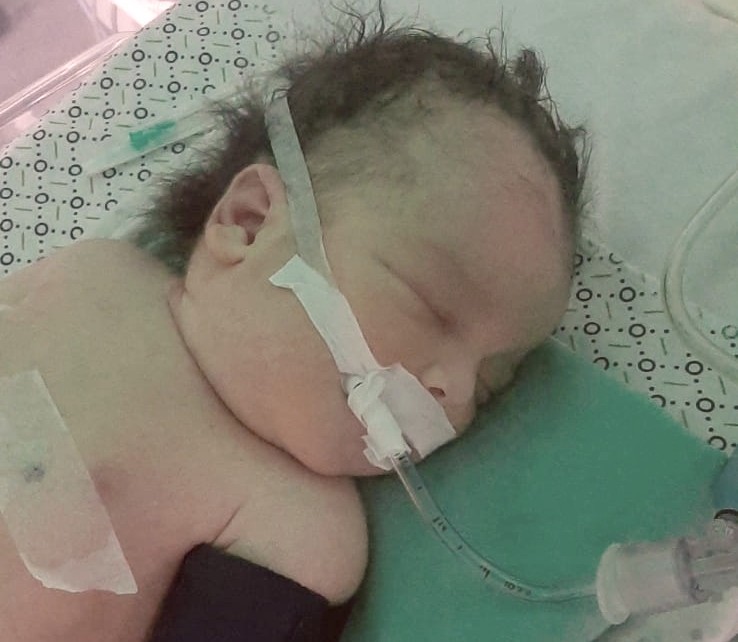 Doctors in Gaza have appealed for help in Israel for newborn Rafiq, who is in the ICU on mechanical ventilation for as yet unexplained reasons. Our Gaza coordinator Amar is working with the Sheba Medical Center to arrange an emergency transfer. 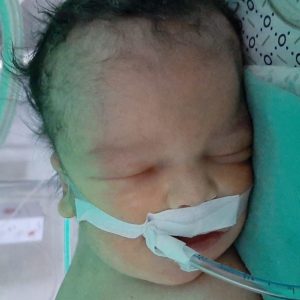 Rafiq does not yet have a local leader to advocate for prayer and financial support for his treatment.

As of right now, Rafiq still needs $6000 toward surgery and related expenses.