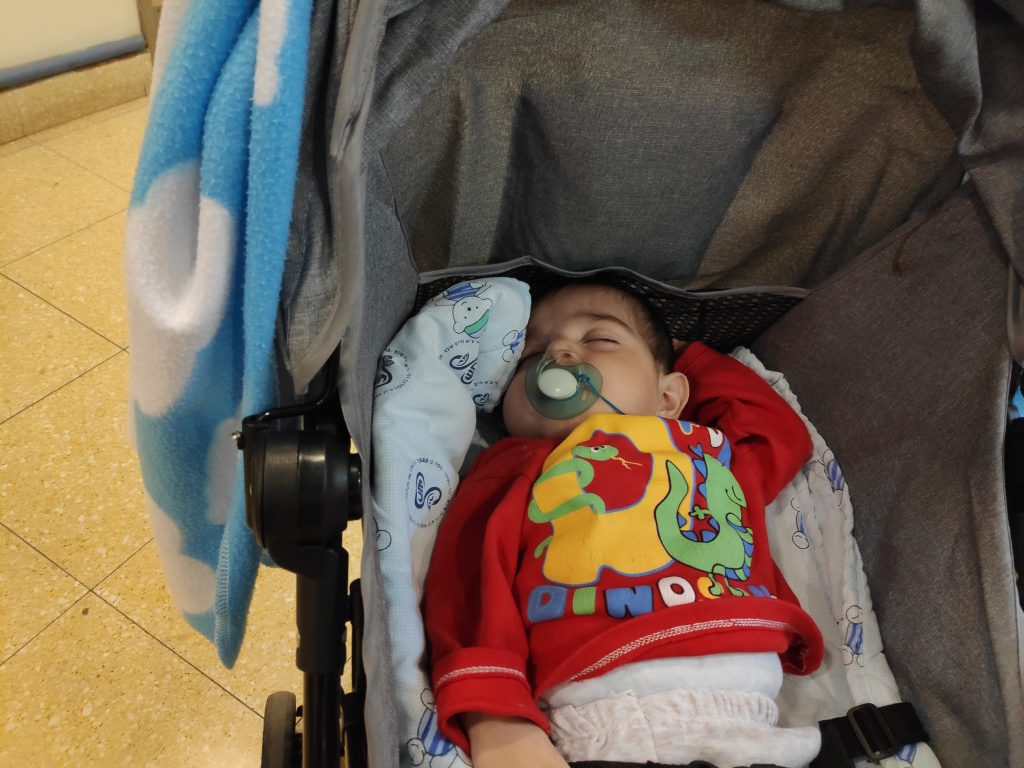 The day for our little Mir started early today because he is staying at our guesthouse in Jerusalem at the moment, and it takes about an hour in the morning to drive from there to the Sheba Hospital. Mir’s first appointment was with a geneticist as they believe Mir’s heart trouble could stem from a genetic condition, although this needs yet to be explored.  After his genetic appointment, little Mir had to see the neurologist. This was a quick appointment and the doctor was satisfied with his neurological condition. He is responding to noises, smiling and making good eye contact. However, both of the doctors agreed that little Mir is yet too weak, and needs exercise and weight-gain. After this long day of appointments, our little Mir was tired and fell asleep. Joining him was his mother, who also slept in the Shevet van on our way back to Jerusalem. Please pray that Mir will gain weight and strength, and that his mother can be patient and calm about this situation. Pray also the doctors will come to understand the root of Mir’s heart trouble and how best to treat it.
Hide Comments Show Comments 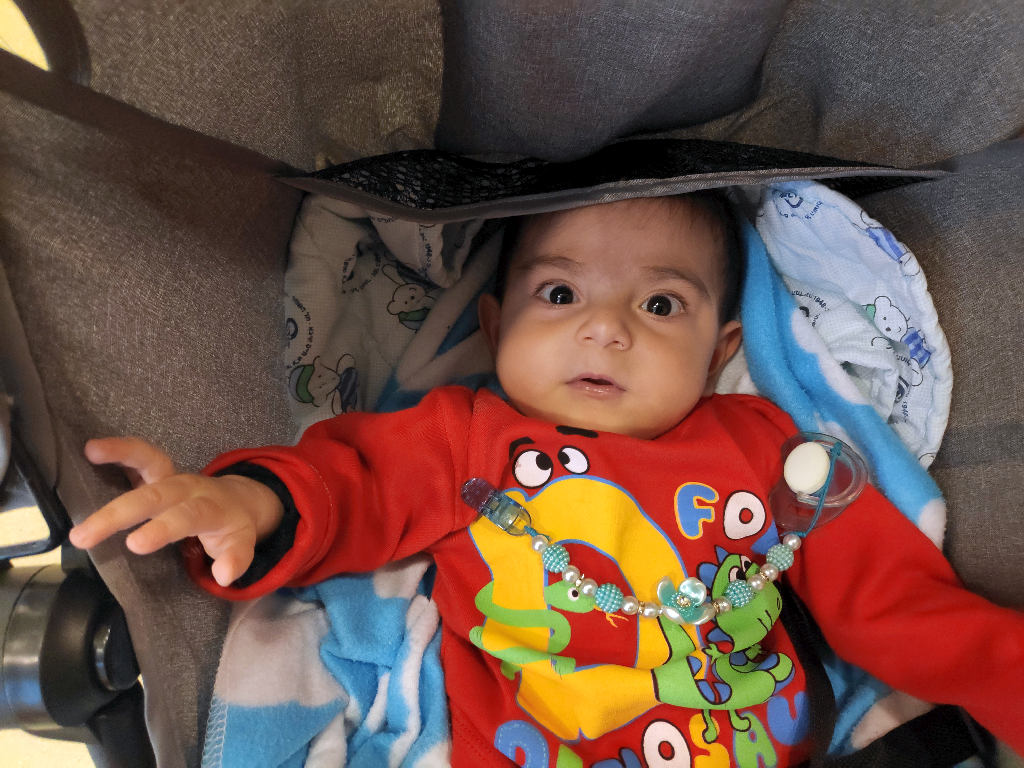 Our little Mir visited Sheba Medical Center hospital today for an echo. The echo revealed Mir’s pacemaker is working very well for him. I was impressed by this little man though. He didn’t cry at all during the whole echo. The only thing he did was to move his legs a lot, so we had to hold them. All in all, this was one of the most peaceful echos I’ve been witness to so far at my time with Shevet. 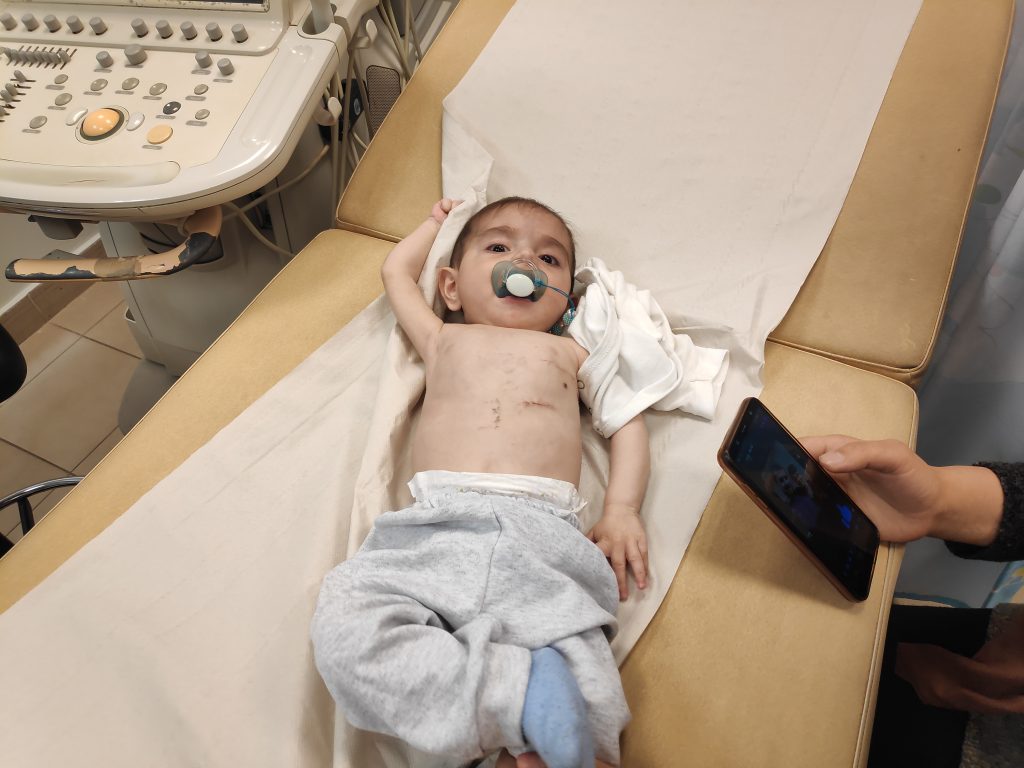 If you had not heard the machines, you could have fallen asleep. Mir’s mother had a few questions about Mir for the doctor, thankfully she speaks Arabic. The friendly doctor explained everything to her and even drew a picture for her to make things easier for her to understand. That was very nice and helpful of him. The outcome of the Echo is that the doctor wants to discuss the case of Mir again with other doctors. After that, they will know what kind of surgery they want to do to repair his TGA, and if he needs just one surgery or more. Please join me in the prayer that this little precious boy may continue to be so calm. May his mother remain calm and patient about the whole situation also.
Hide Comments Show Comments 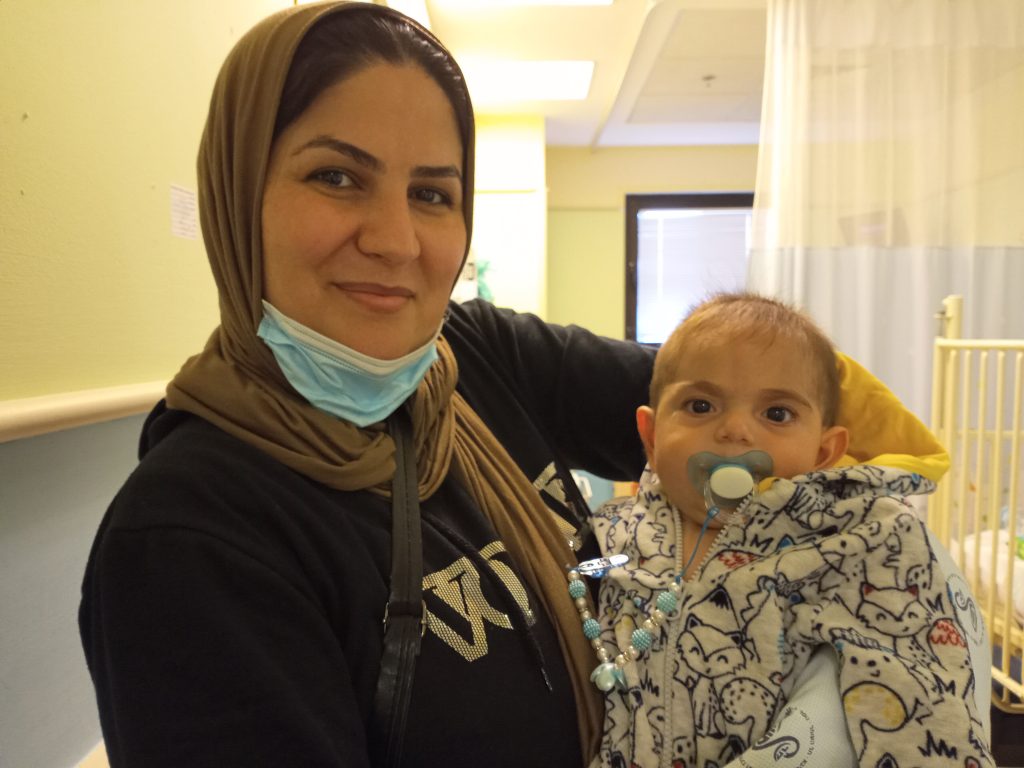 Our dear Mir is back in our Jaffa community home with us tonight as he was discharged this afternoon from Sheba hospital, three days after his pacemaker surgery. Thank God for this lovely boy’s steady recovery. His mum was so wonderful as always, and double-checked to make sure she understood everything from the nurse. In ten days more, Mir will have an echo to evaluate his heart function. We also hope the hospital will soon be able to repair his L-TGA within the next few weeks, so please keep praying for him as his treatment continues.
Hide Comments Show Comments 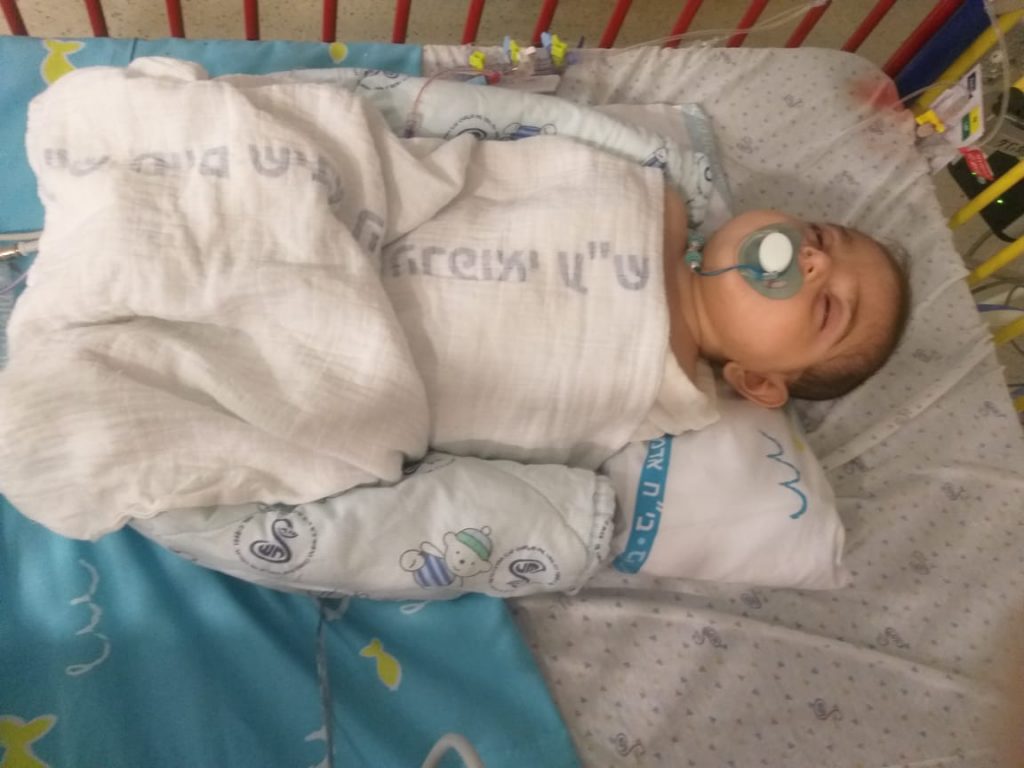 Our lovely boy Mir has recovered well from his pacemaker surgery yesterday. His mother sent a happy message last night to say he is doing well. Today, he was moved out of the intensive care unit, back to the intermediate department, as he is recovering so well. The doctors saw him to check his pacemaker function, and his mother was happy to know that everything so far seems to be going well for Mir. He spent most of the day sleeping today, and we look forward to seeing them again tomorrow, and perhaps learn more about the timing for his next surgery.
Hide Comments Show Comments 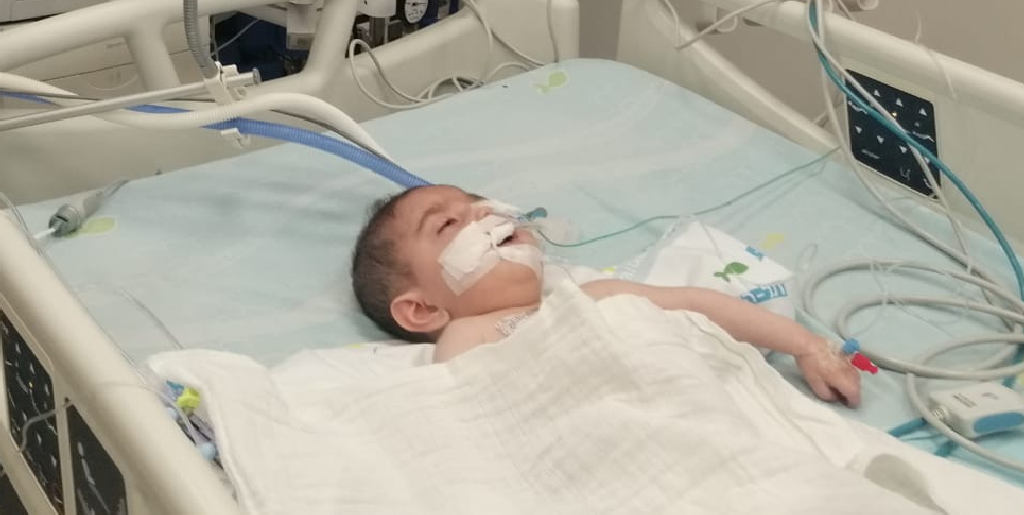 Mir is such a lovely boy and we all adore him. He came out of his pacemaker surgery after two hours. It was successful, thank God, and now, after he is recovered from this, the doctors will plan to repair his structural problems as well. 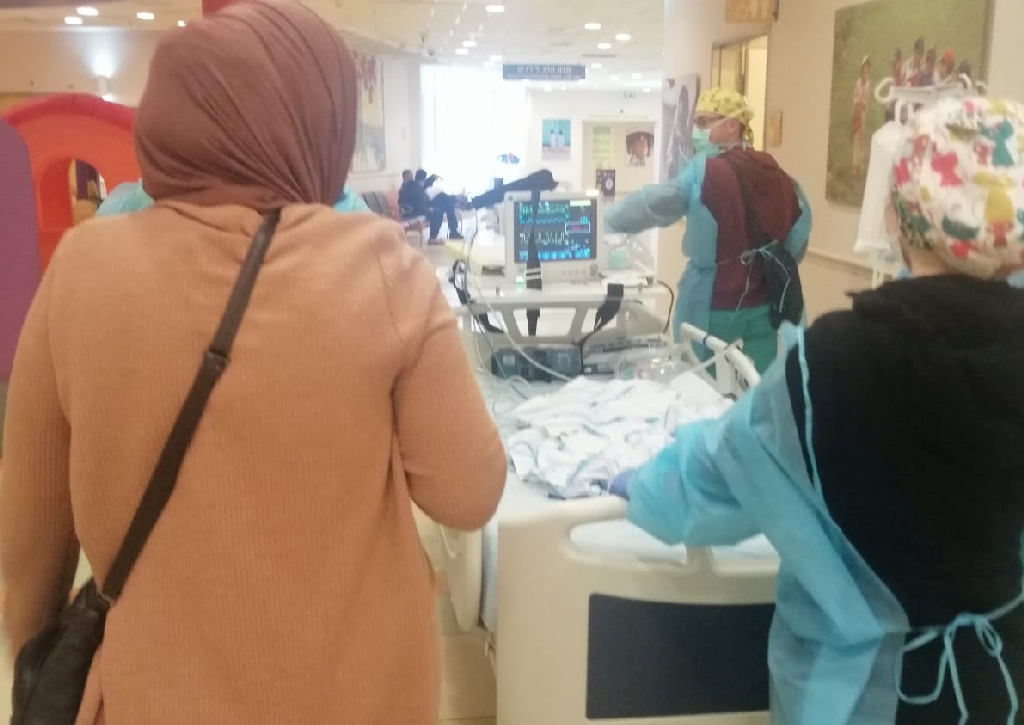 Throughout the day of her son’s first surgery, Mir’s mother was so peaceful. She was often praying under her breath and conversing with the other Kurdish families who are also in the hospital. She appreciated the time the families were able to sit together, was encouraged by it, and said there isn’t anything shared quite like this in the hospitals where she is from. 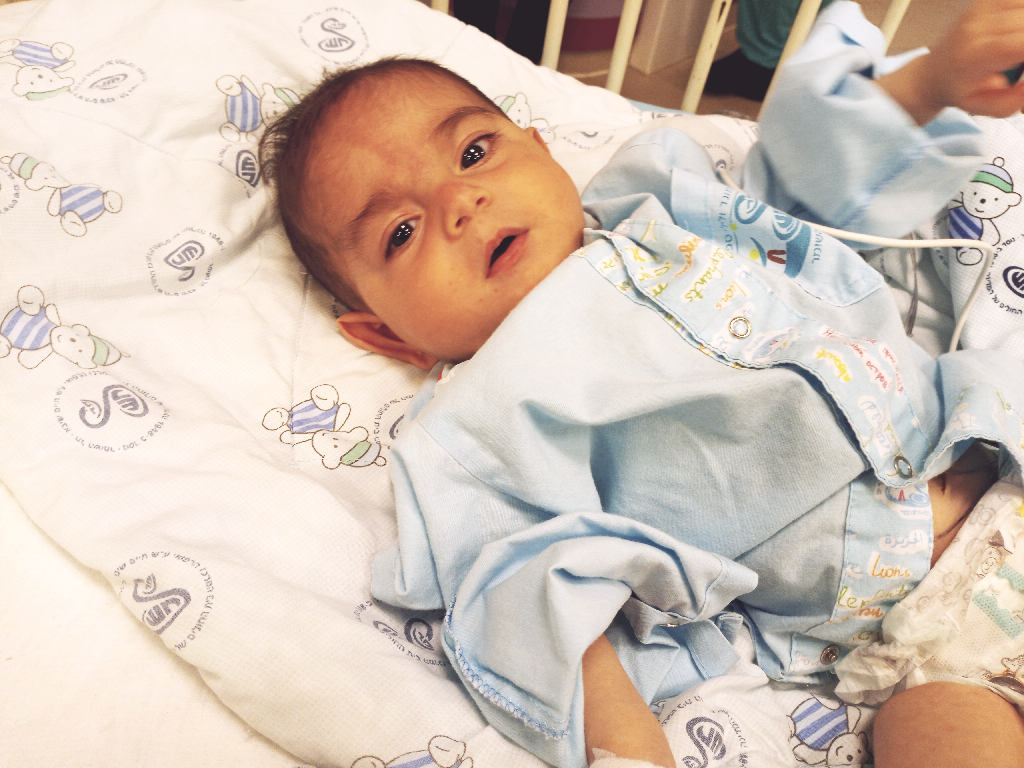 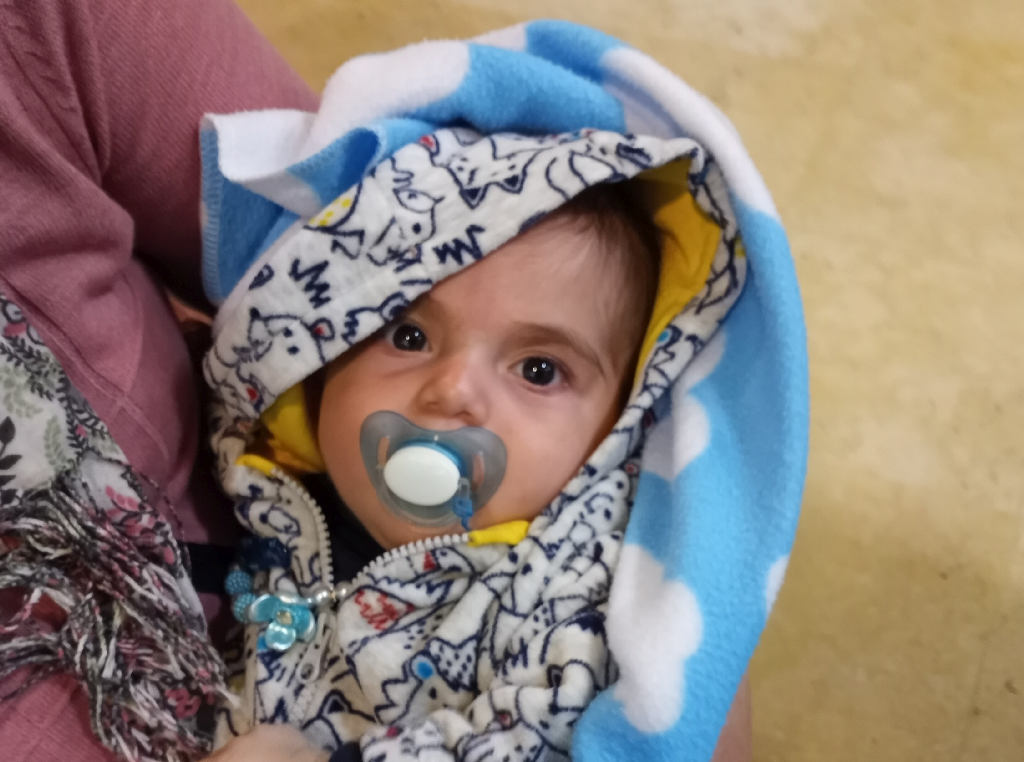 We admitted Mir tonight for his pacemaker surgery tomorrow; his mother had a mixture of emotions as she said goodbye to the other families, but thankfully Mir was admitted with another child, so she is not alone for her first night in the hospital.

Once we got into the hospital room at Sheba hospital, there was a rush of things that were done to attach Mir to the monitors. They also took his vitals, they gave him another corona test, some blood work, and a canula insertion. Throughout everything, Mir coped so well. He resumed his usual contemplative demeanor while rolling around in the crib.

Please pray for this sweet boy as he goes into his first surgery tomorrow.
Hide Comments Show Comments 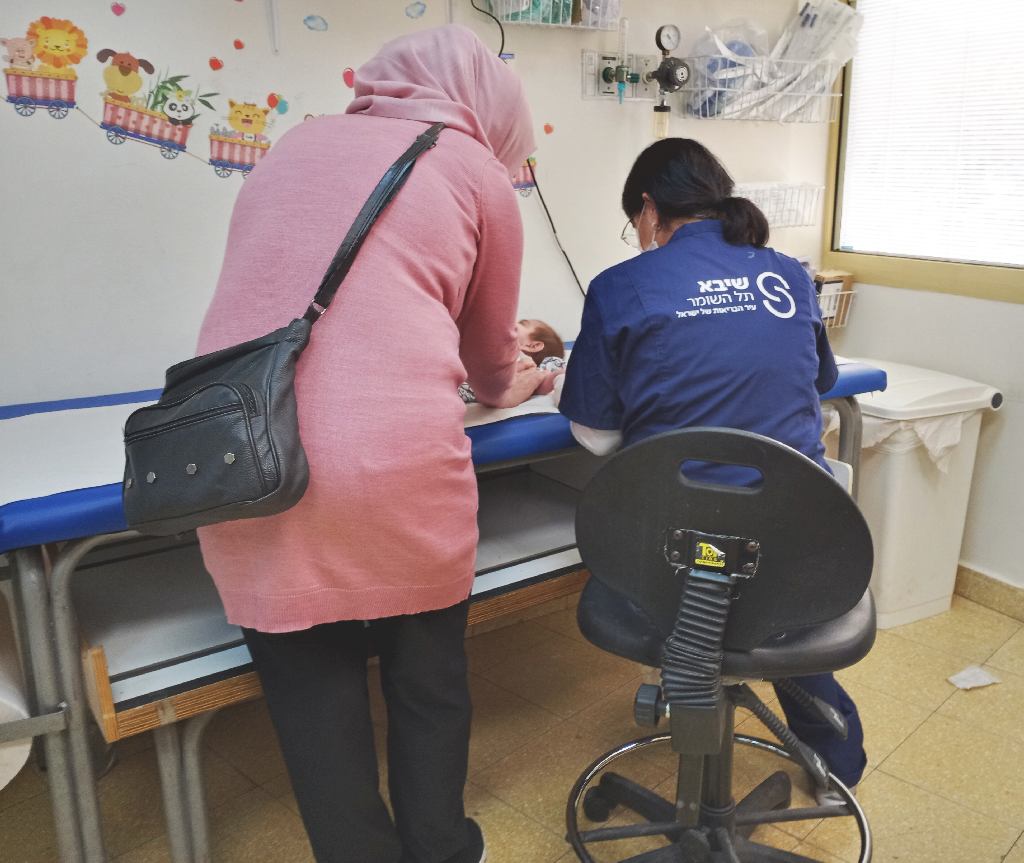 Seven month old Mir had his first assessment today at Sheba hospital after arriving from Kurdistan this past Thursday. Because all of the new Kurdish families are quarantined today, this was the first extended time we had with Mir and his mother.

It was a busy day. When we checked into cardiology, they sent us downstairs for a blood test before the echo. Co-worker Georgia and I were surprised at how little Mir cried when the nurse drew blood. He was very calm! He seemed to really like interacting with everyone; before his echo he was relaxed and playing with his feet. 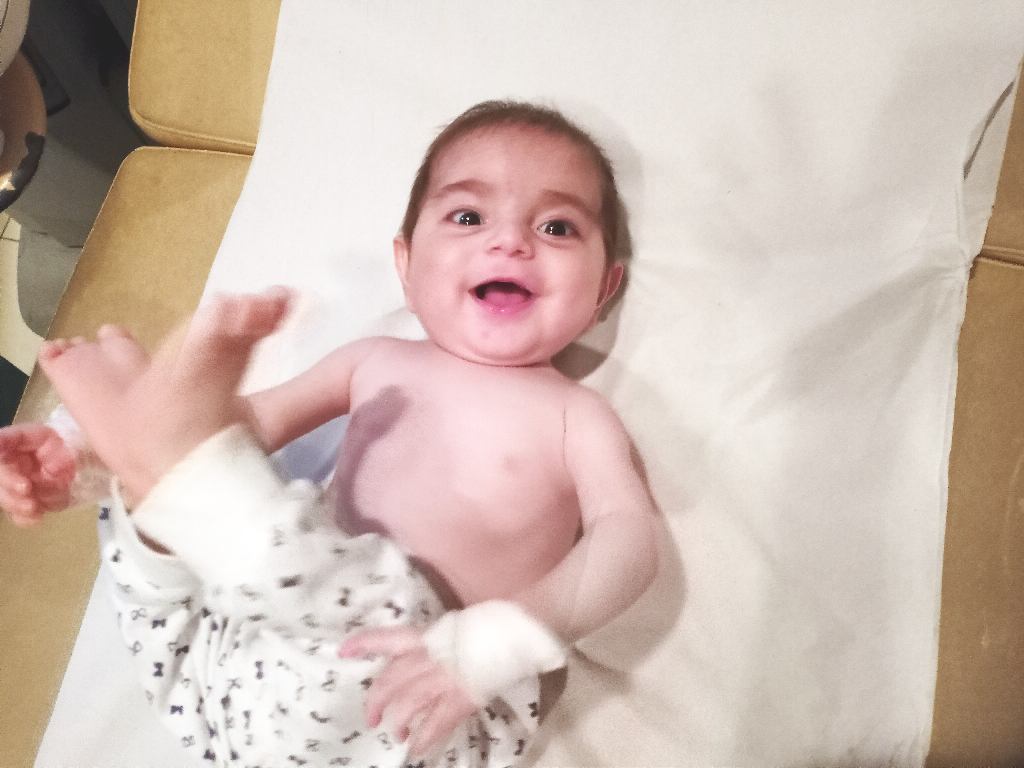 The technician took over 200 snapshots of his heart, which confirmed the diagnosis of L- TGA which is when the right and left ventricles are switched. The doctors will discuss his case in their meeting and then his treatment will go from there. 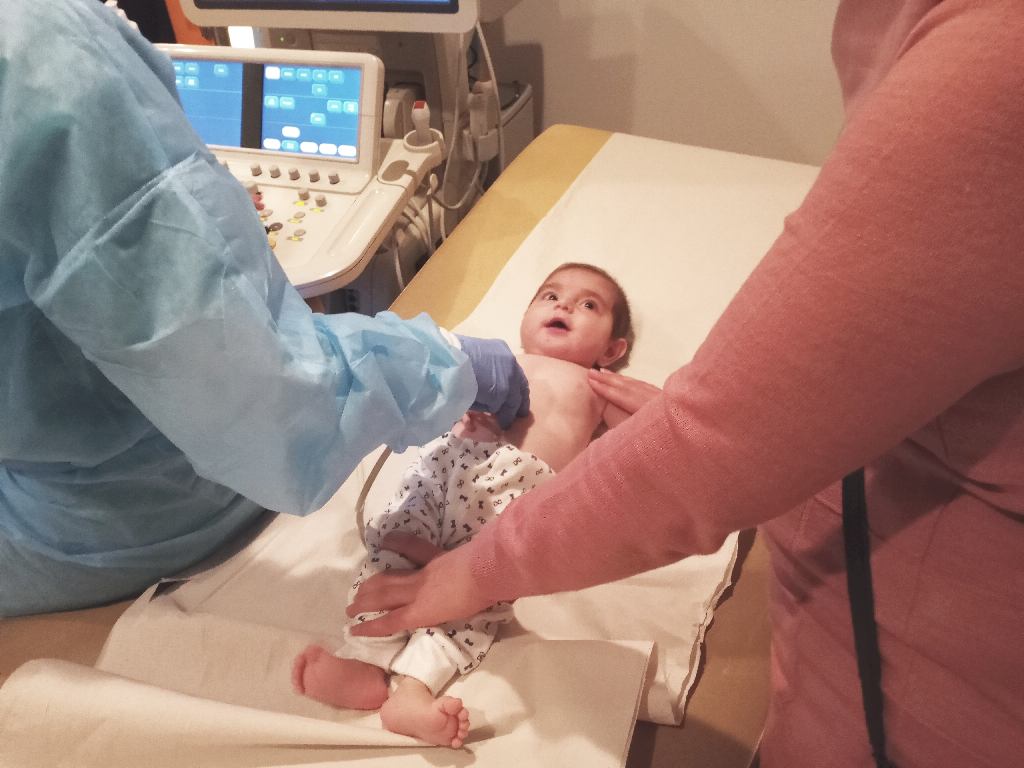 The first hospital day for Kurdish families is often intense and overwhelming. New country, new language, new hospital, new system, new everything. One thing that stayed with me was when Mir’s mother said sometimes doctors in Iraq told worried parents the answers they wanted to hear, that everything was fine, even when it was not.

I hope this family can find rest and peace here knowing that lies are not what they will find here. The answers may be hard at times, but they will be honest. I also hope so much that Mir’s mother will come to know that the best and utmost is being done for her son on the part of all concerned.

Please pray for Mir and his mum as the process begins of waiting for surgery and all that this potentially involves. May she be filled with peace and hope in the knowledge that her son is being ceaselessly cared for. 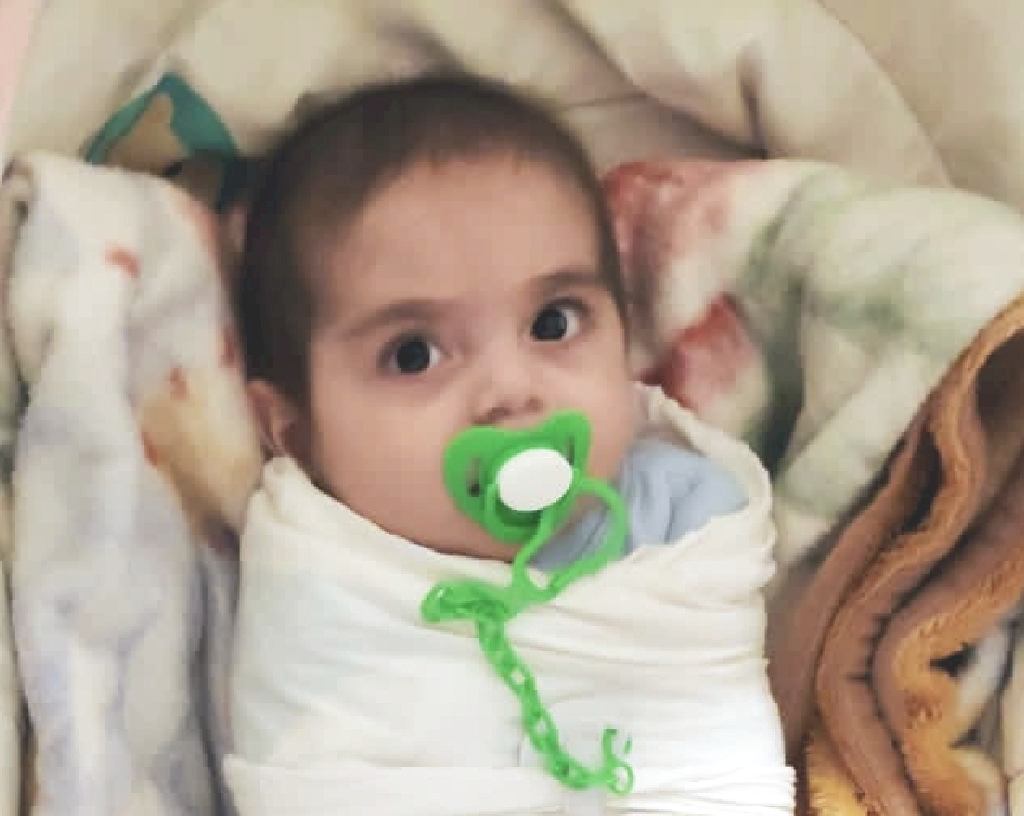 Today little Mir and her mom arrived with five other families at the Jordan boarder crossing to Israel. We traveled there with our Shevet vans to collect them with their luggage. We enjoyed a little concert of crying babies. All the babies received some milk at that point, and then we were ready for the last wing of their traveling, to our community home in Jaffa.

Leaving the crossing point, the security man checked the passports, and said to all of us in the car with a very friendly voice, “Welcome to Israel!”

I thank God that a way was fashioned for these families, including for Mir and her mother. She will have her first appointment next week, so please pray for the upcoming treatment and for the whole time they spend here with us in Israel! 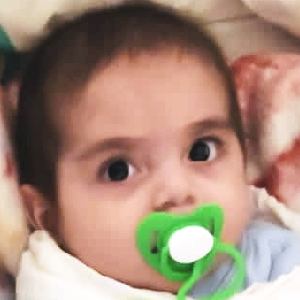 Mir is a months old child from Kurdistan, northern Iraq diagnosed with a congenital heart defect.

Mir does not yet have a local leader to advocate for prayer and financial support for her surgery.

As of right now, Mir still needs $6000 toward surgery and related expenses.