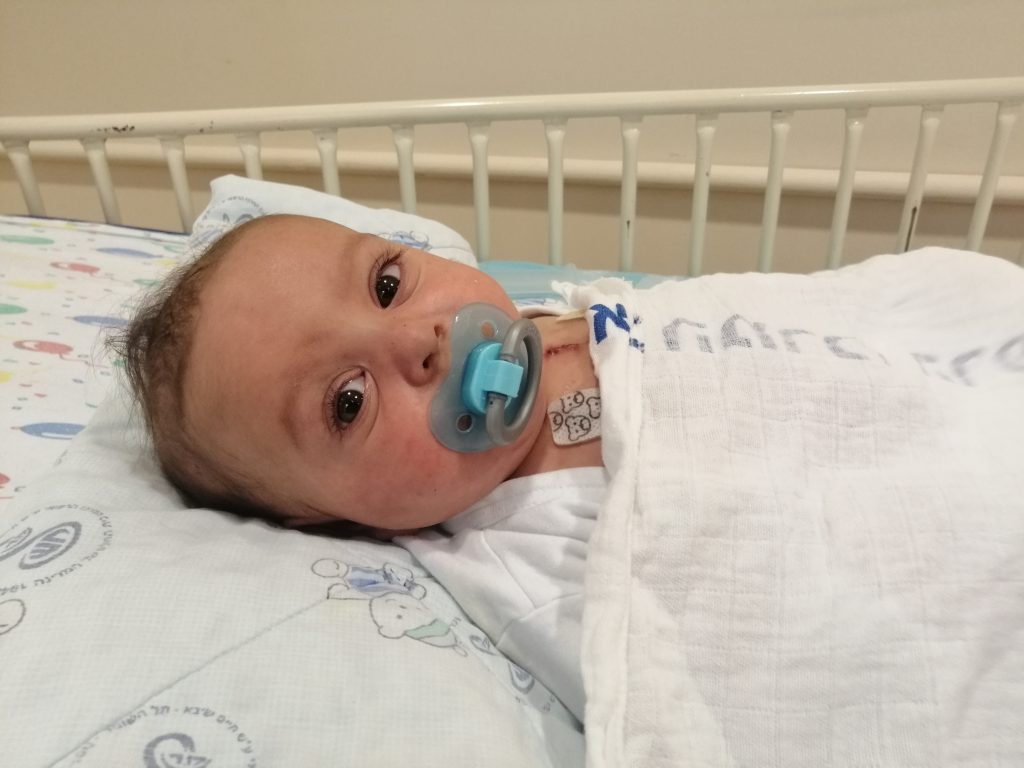 Sweet Maili has been recovering well in the hospital since her surgery last week. Her mother is worried that the oxygen levels are sometimes low. However, the echo today showed that Maili’s heart is looking good, and the doctor encouraged us that any saturation of over 75% is acceptable for Maili’s heart now.
It could be that part of the connection made in Maili’s heart surgery is a little narrow, and causing her oxygen to be lower. But the plan for Maili is to see how she adjusts and improves; we are hopeful that she will continue to get better and better every day. If not, it could be that she needs a catheterization to widen the connection and help the blood flow.
If everything goes well, Maili might even be coming back home to us in Jaffa tomorrow!
Hide Comments Show Comments 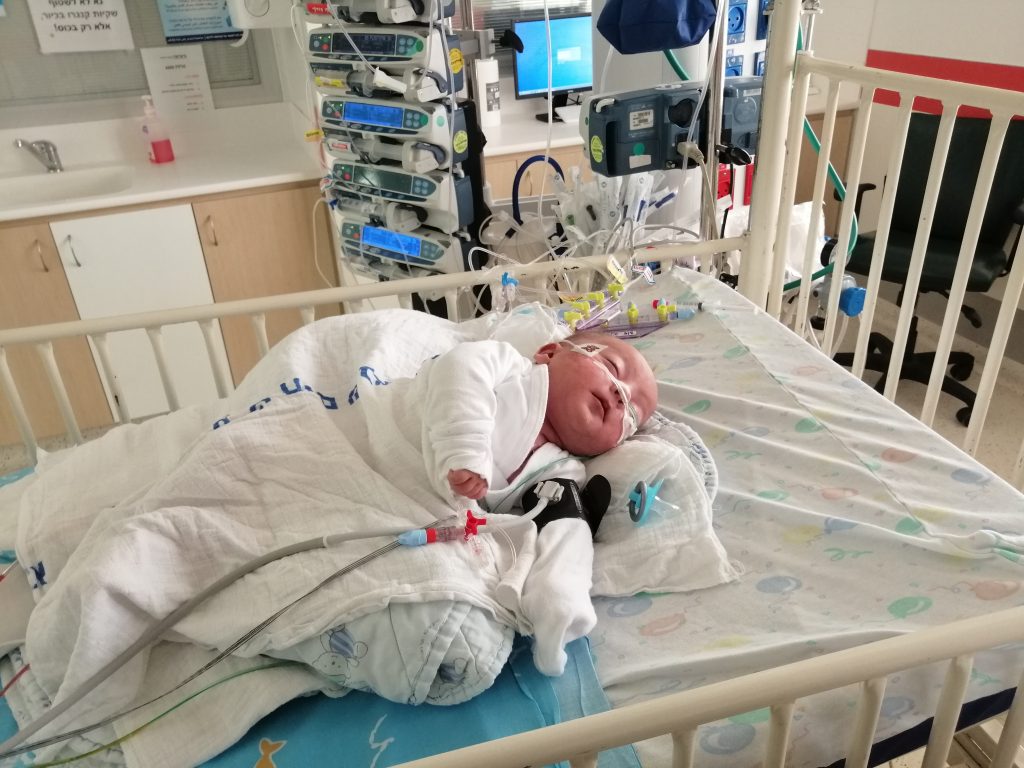 After waiting for Maili’s long and quite difficult time in the OR last night, it was a joy to reach her hospital room today and see that she had been extubated!
Thank God for this big recovery. Even the cardiologist from last night expressed how happily surprised he was to see how well she was doing. “She had us worried for nothing!” he said. 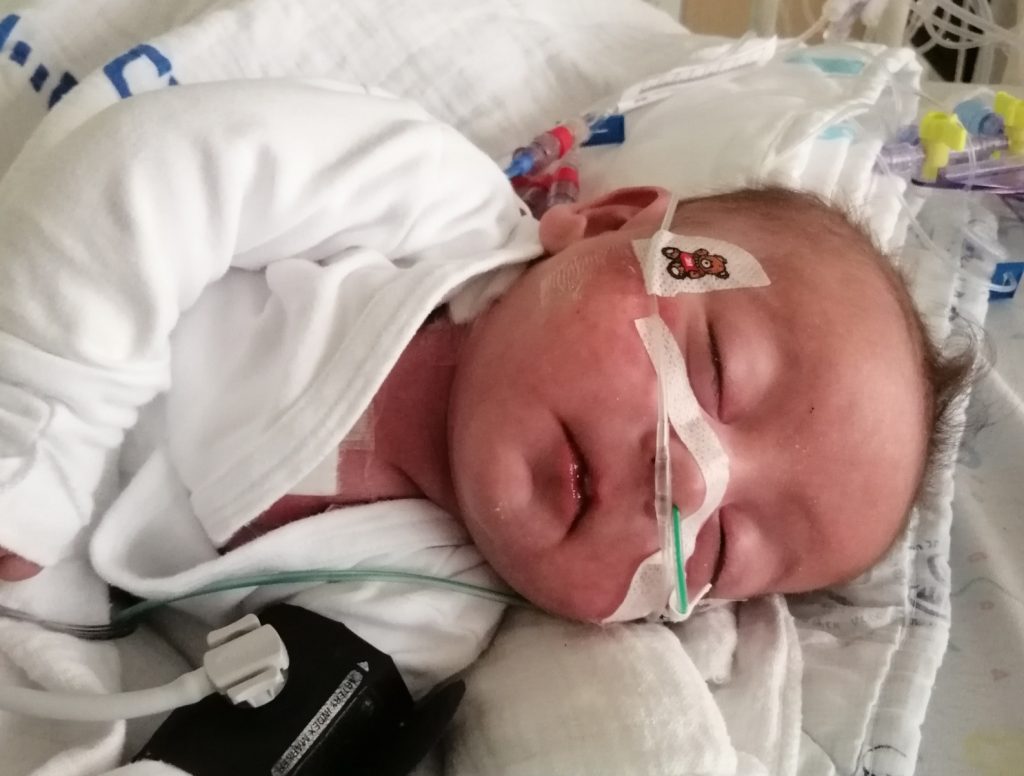 Maili’s mum was on the phone non-stop with her husband, laughing and joking together with him, and enjoying Maili’s improved condition. It is a pleasure to be able to share these moments and see through to the other side of the worry.  Thank you for your prayers for this little one. 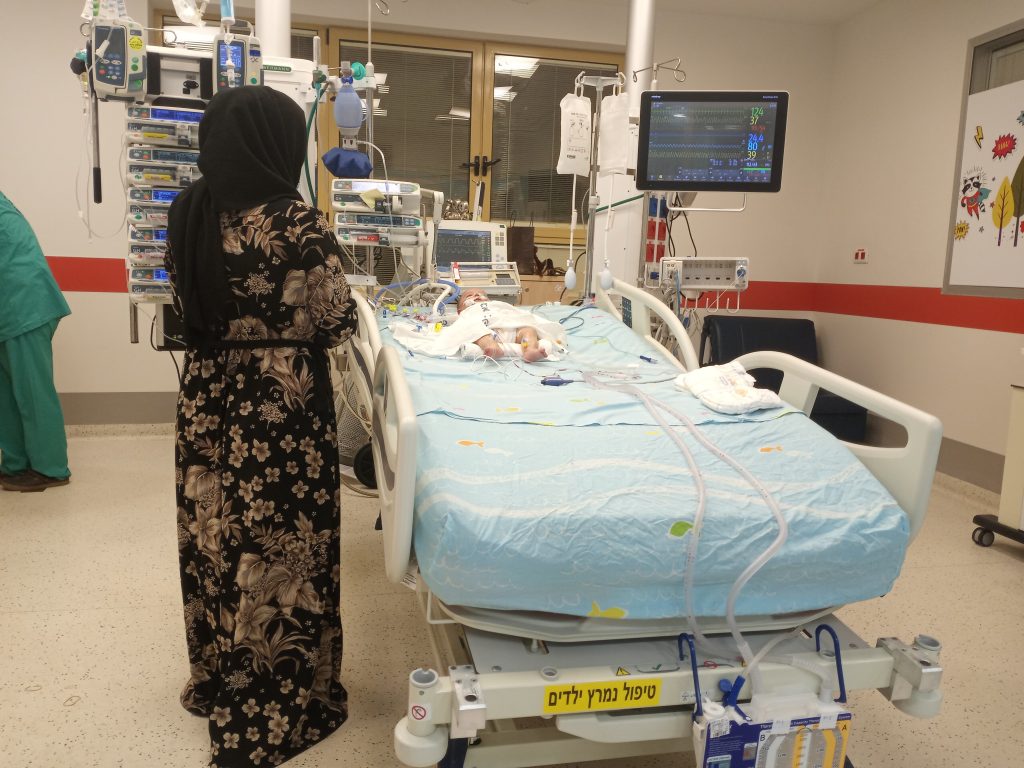 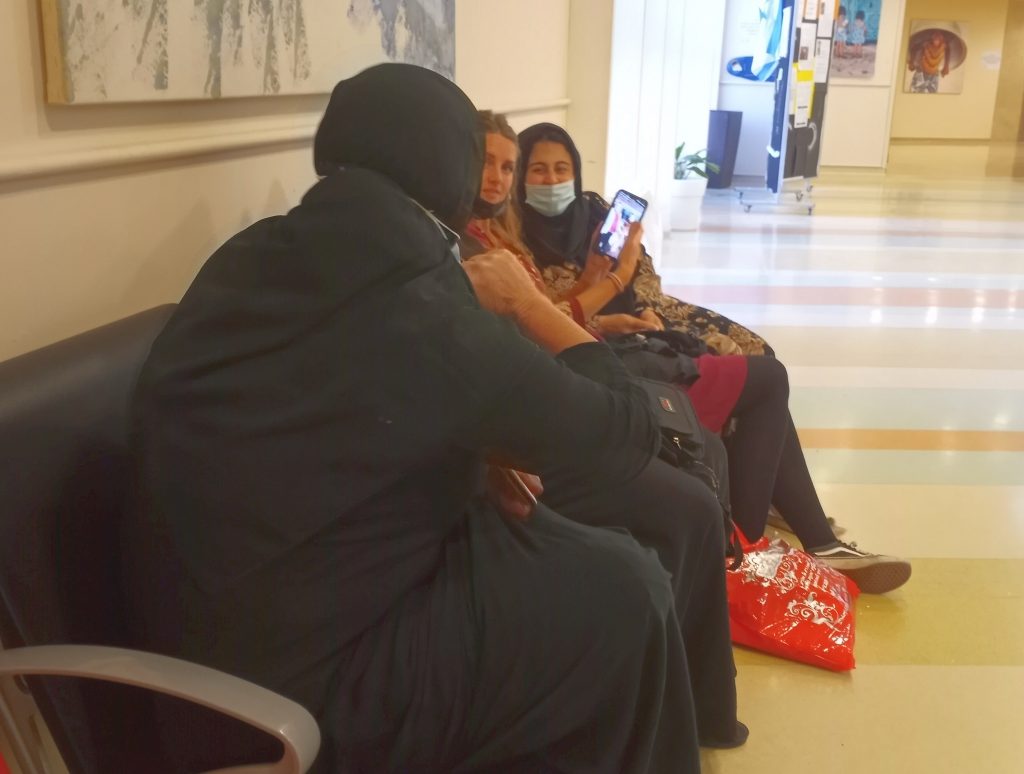 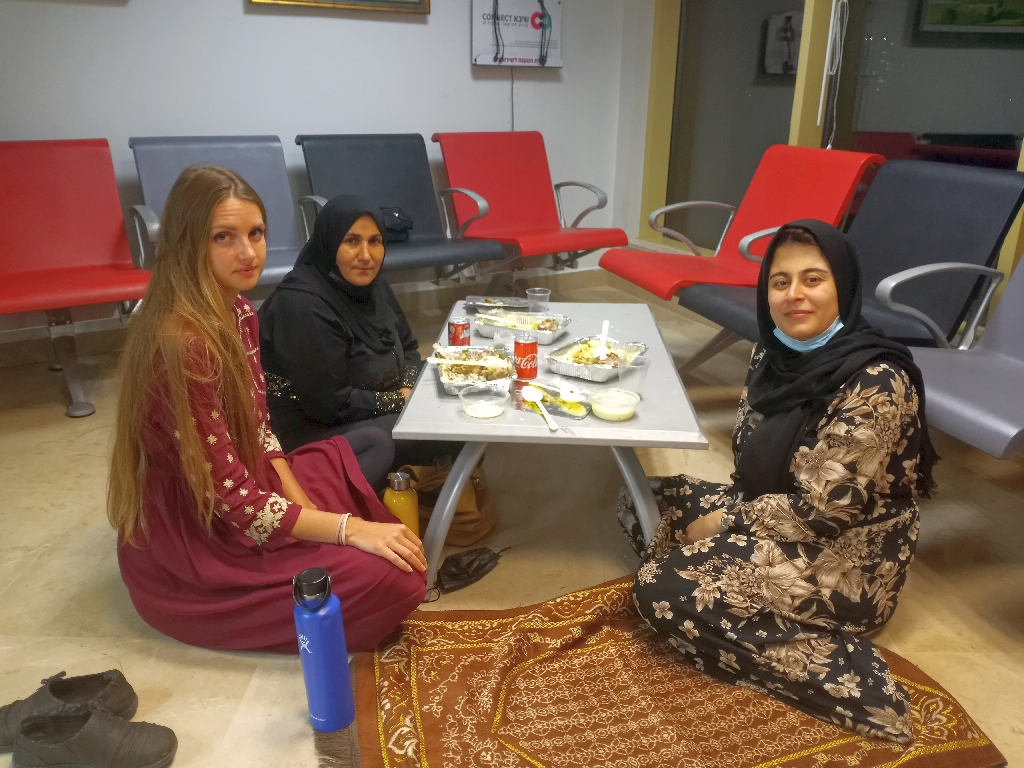 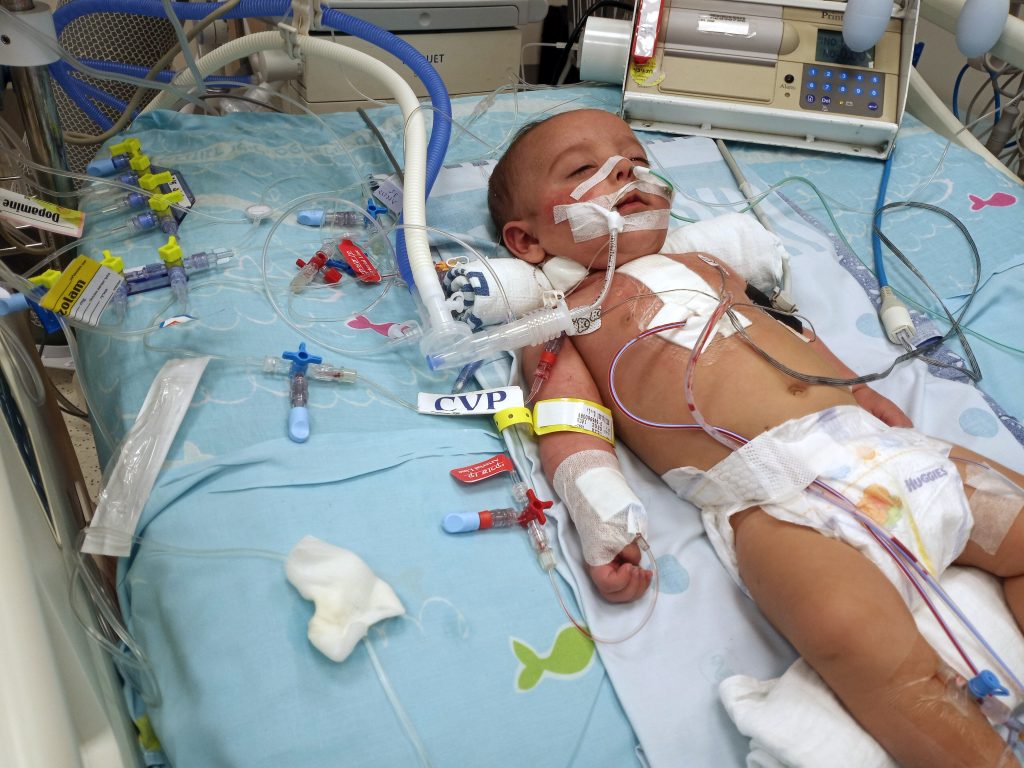 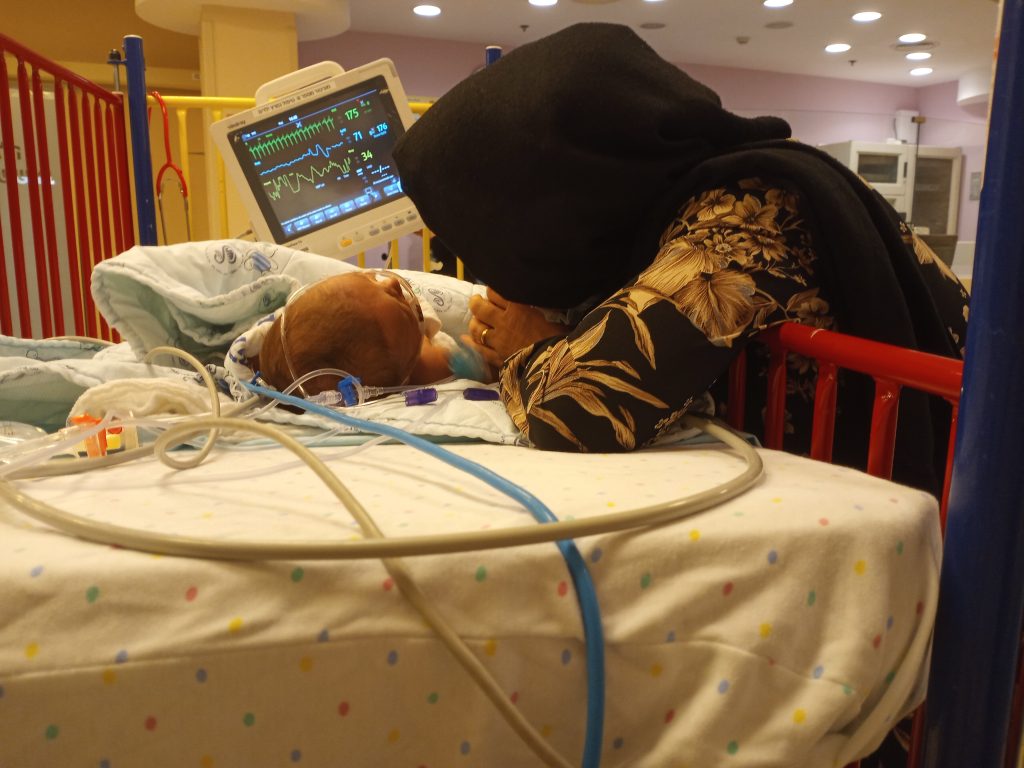 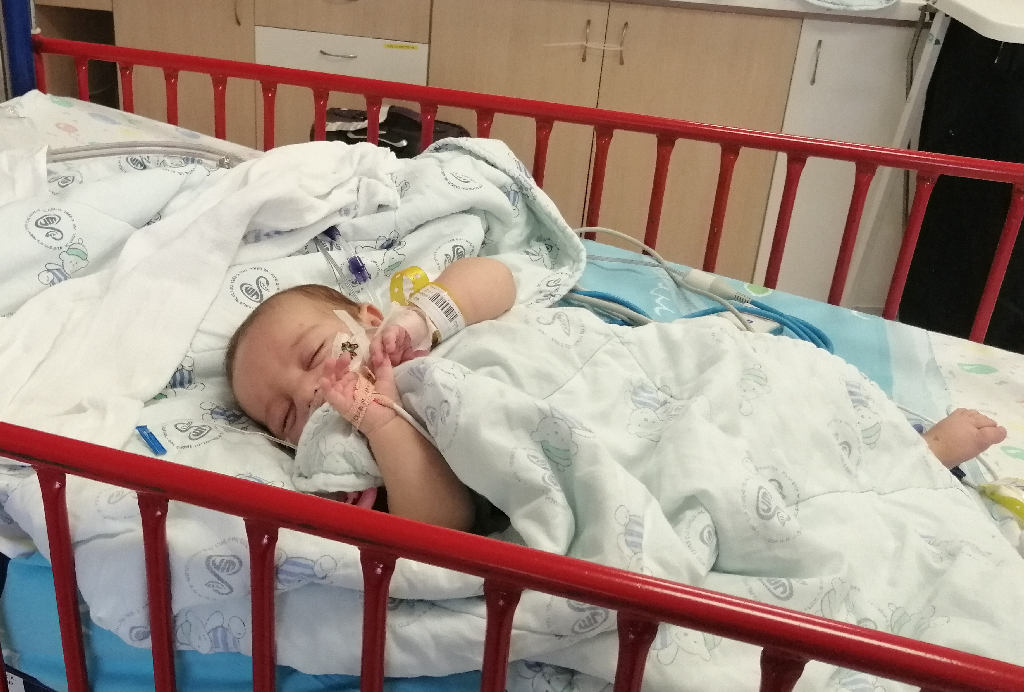 Maili had her diagnostic catheterisation today. It was not too long, only a couple of hours. The mother was very worried but she had her friends around her which surely helped to pass the waiting time.
After being brought out to her room, Maili’s oxygen levels dropped which required her to be put onto high-flow oxygen. This whole ordeal was very stressful for her mother who proceeded to faint in the midst of it. Thankfully, she was surrounded by a team of competent nurses who were quickly able to assess that she was fine, in need of rest, and overwhelmed by the experience.
Maili however, was transferred to the ICU, where she quickly stabilised. Her mother left to rest in her room. Please pray that she will have strength in her own heart as she trusts that Maili’s little heart is in the ever-capable hands of God.
Hide Comments Show Comments 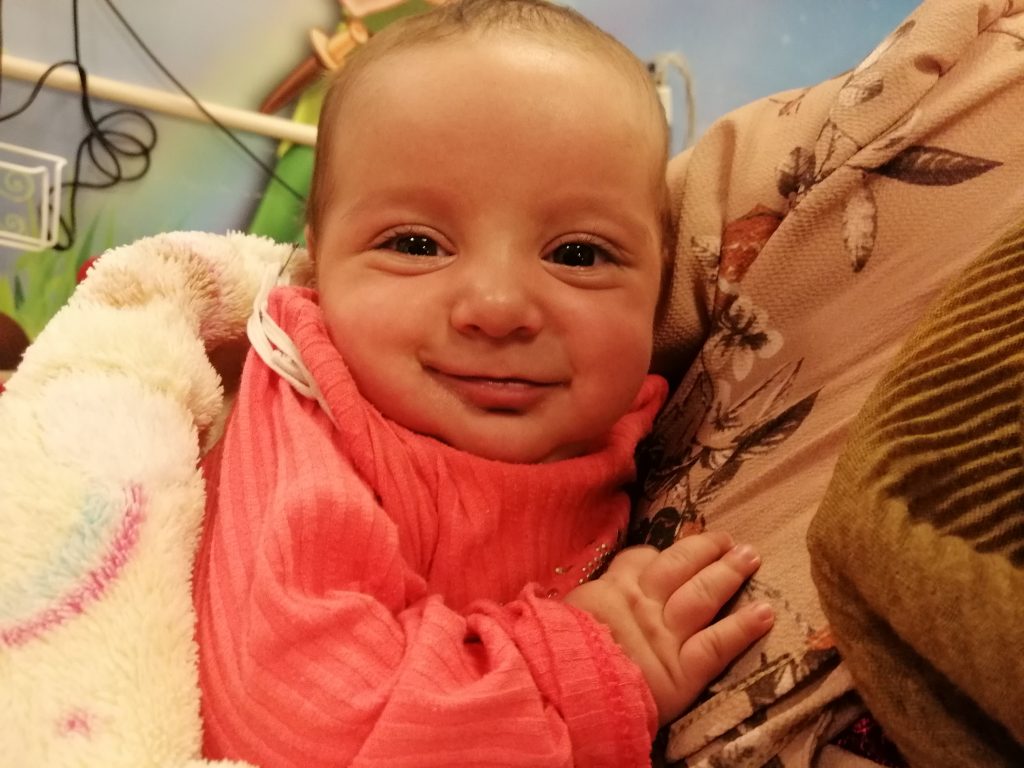 We had a phone call today from the nurse at Sheba hospital inviting Maili in for a catheterization tomorrow! Her appointment was scheduled for next week, and so this was a nice surprise. 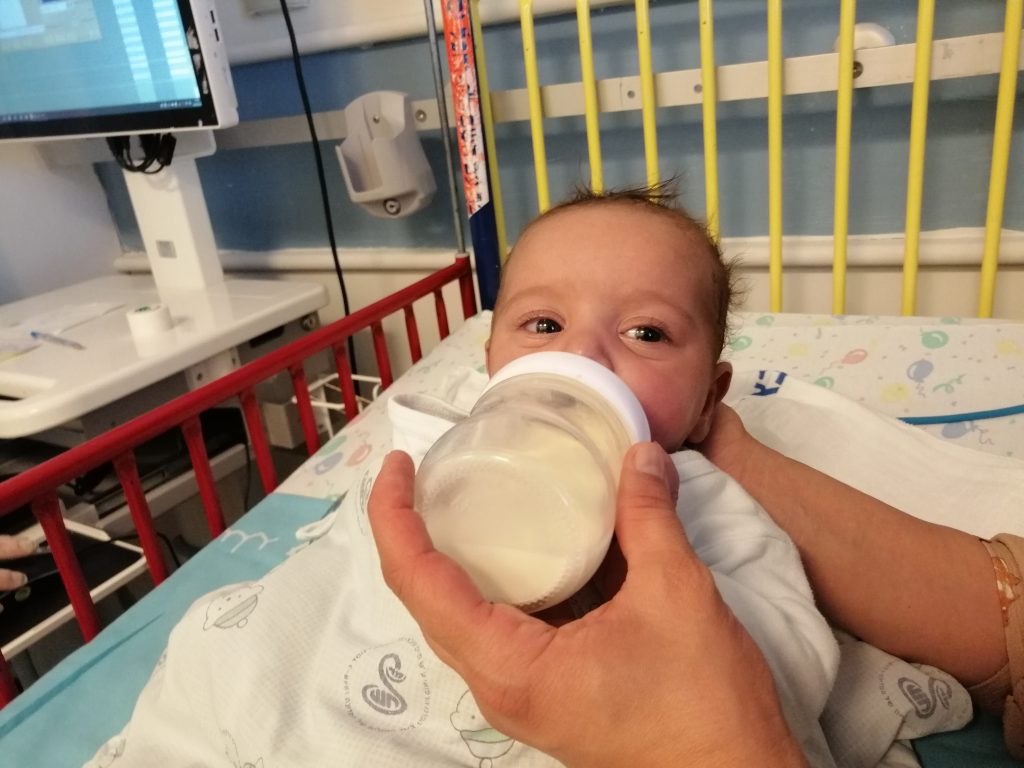 Maili’s mum is very nervous, and Maili herself was very upset by every part of the echo and examination today. The attending doctor was extremely patient and kind, and took her time to make sure that she explained Maili’s heart condition thoroughly, as well as the catheterization procedure tomorrow. 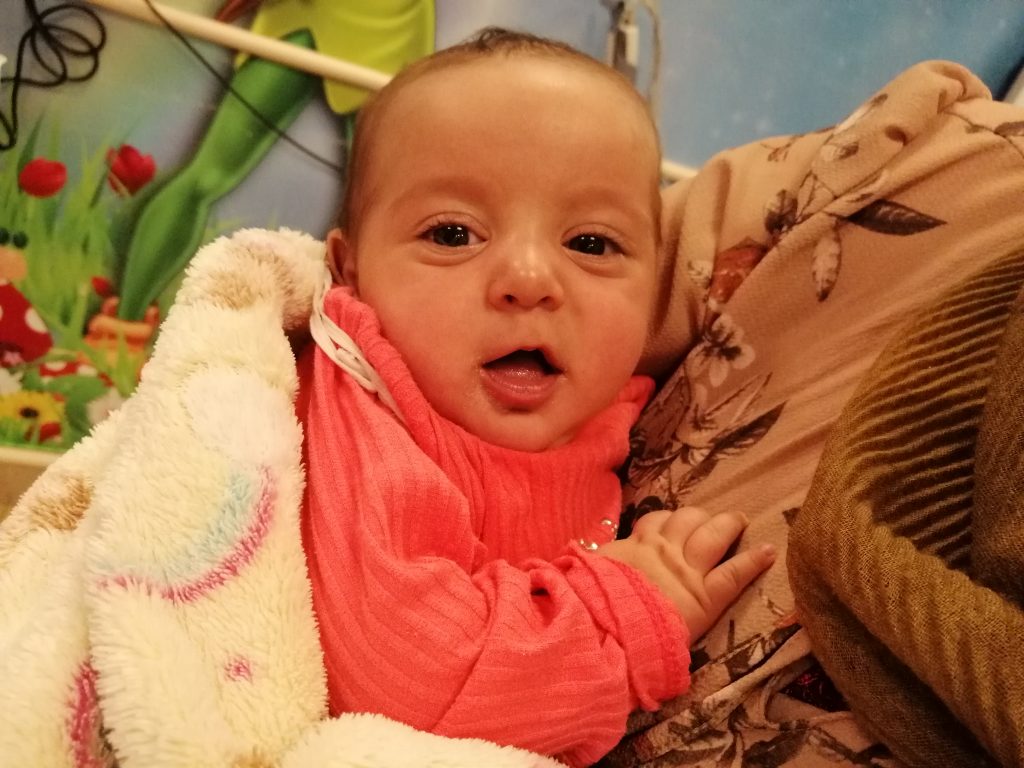 The purpose of tomorrow’s cath is to determine whether Maili’s heart is ready to have a major heart surgery or not. It’s possible though that she will not yet be ready for such a procedure, and therefore the doctor might see that it could be helpful to place a stent to help her blood flow as Maili grows and her heart gets ready for the big surgery.
Maili was admitted to the cardiac unit, and prepared for the procedure tomorrow. Please pray that it will go well and for peace in her mother’s heart.
Hide Comments Show Comments 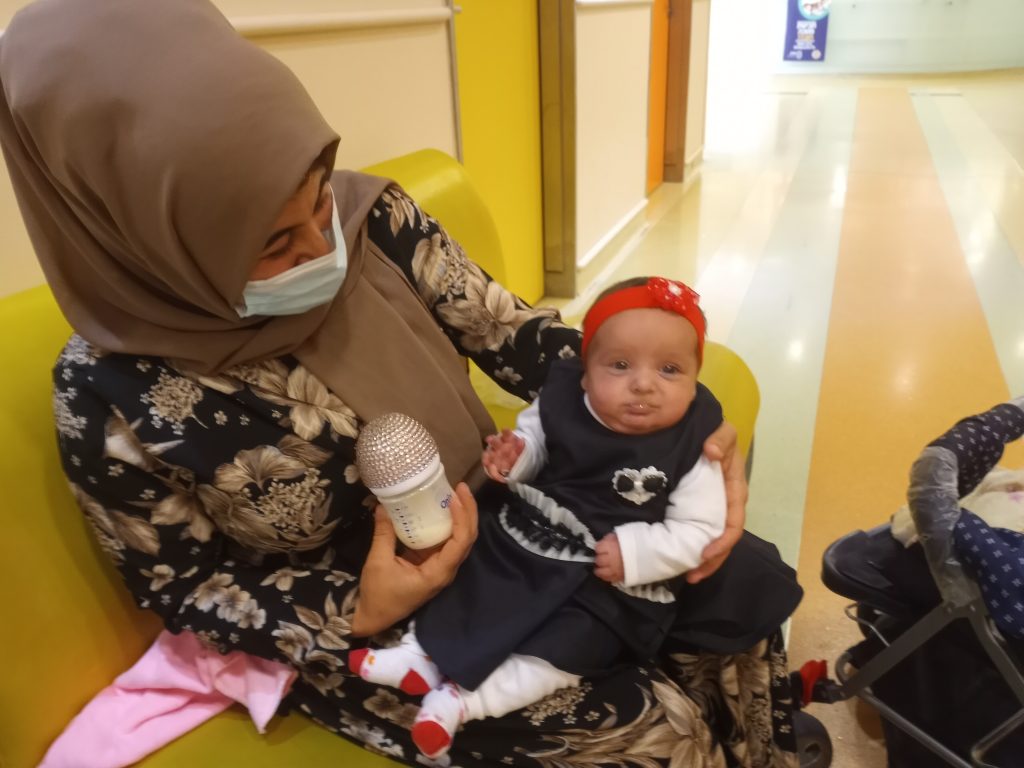 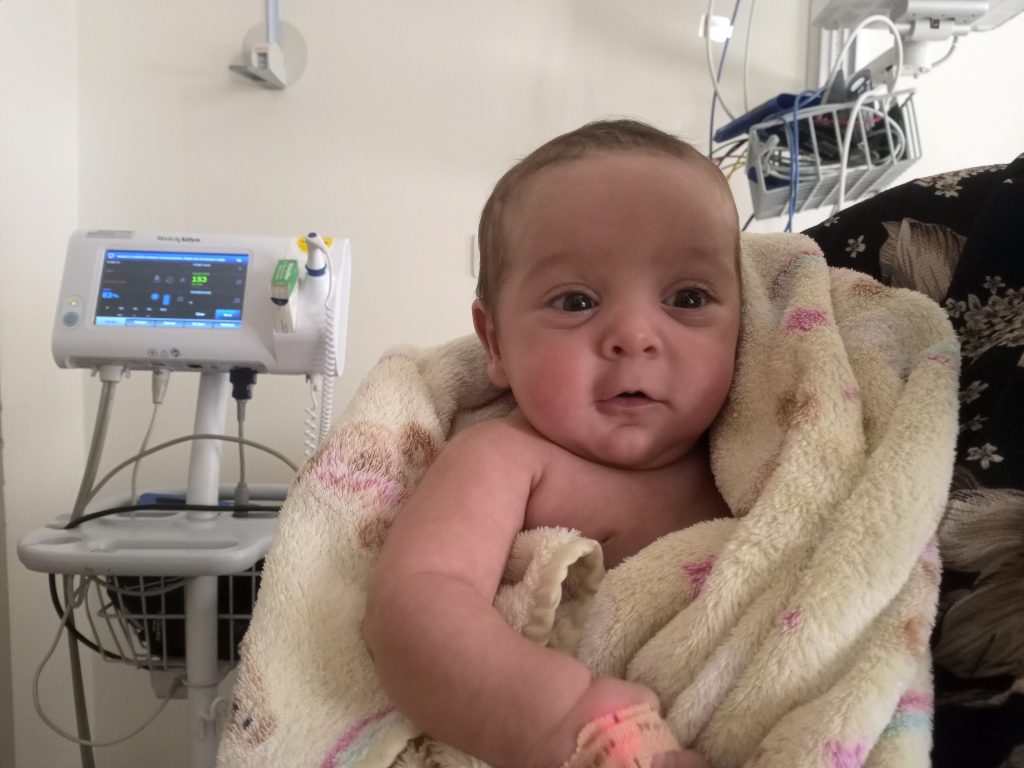 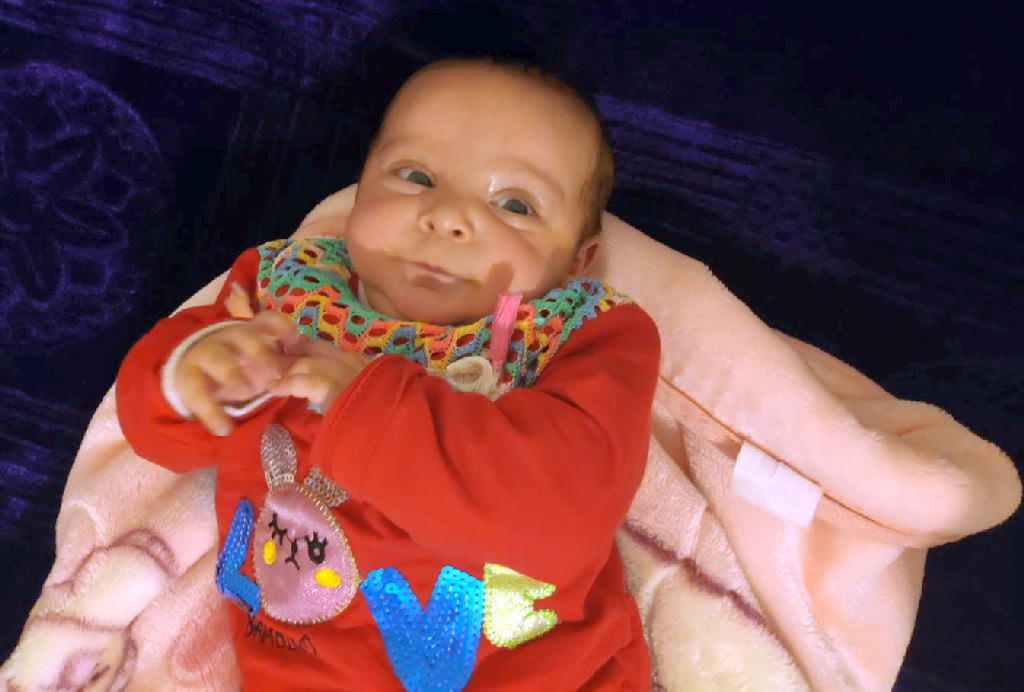 Maili and her mother arrived in Israel today by crossing the Jordanian border into Israel, along with two other Kurdish children and their chaperones. Maili is four months old, diagnosed with pulmonary atresia in Kurdistan;  her first appointment at Sheba hospital will help elaborate on her condition. Until then, Maili and her mother are quarantining in our Jaffa community home with seven other families who came recently also from Kurdistan. 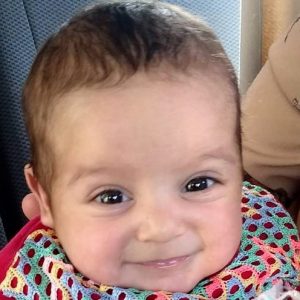 Maili does not yet have a local leader to advocate for prayer and financial support for her surgery.

As of right now, Maili still needs $5000 toward surgery and related expenses.