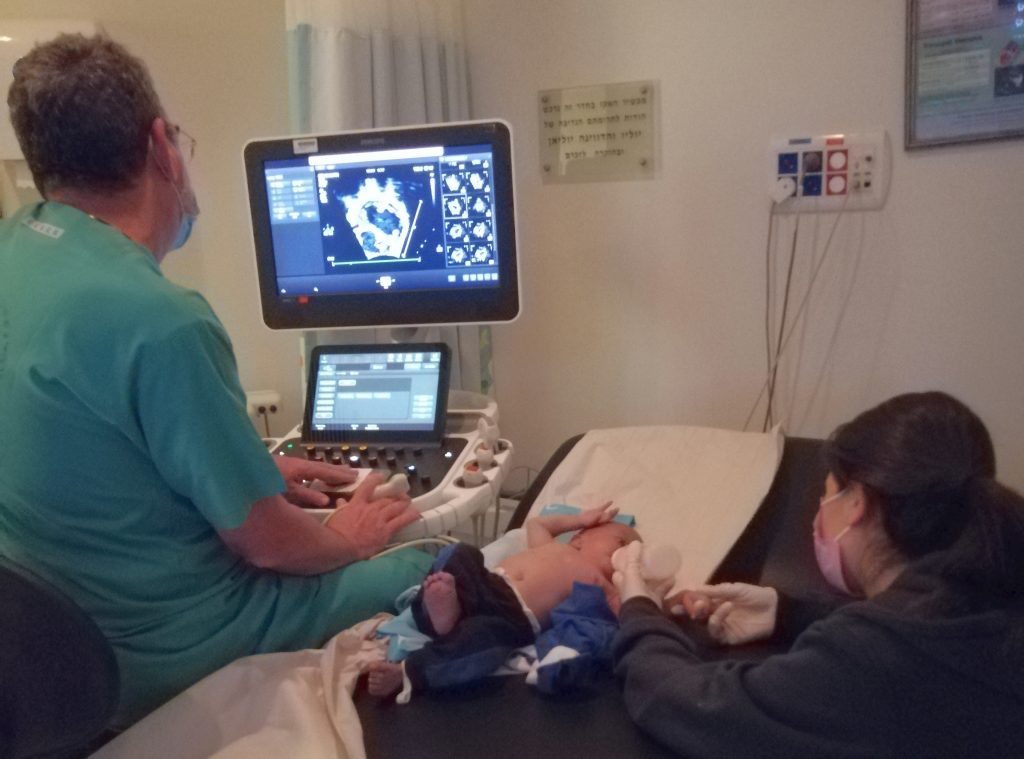 Sulaiman attended his CT scan this morning at Sheba hospital. He and his mother seem to attract attention wherever they go, and today within the first five minutes of arriving at the CT scan area, an Israeli lady greeted them, and asked where they were from. 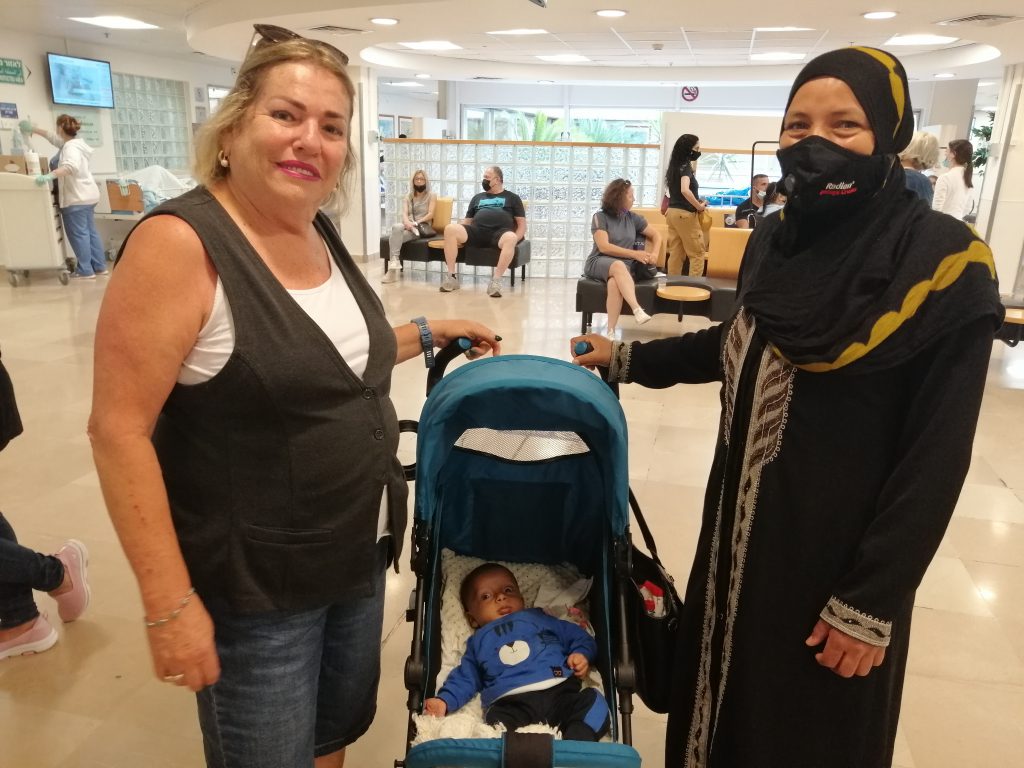 She spoke in Arabic, saying she thought it necessary to know Arabic as someone living in Israel. She was so touched to hear that Sulaiman and his mother had come all the way from Iraq for a life-saving heart surgery in Israel, which they are unable to access in their own country. Sulaiman’s new friend teared up as she expressed how happy she was to hear that her country is extending its privileges of world class health care, to children like Sulaiman. 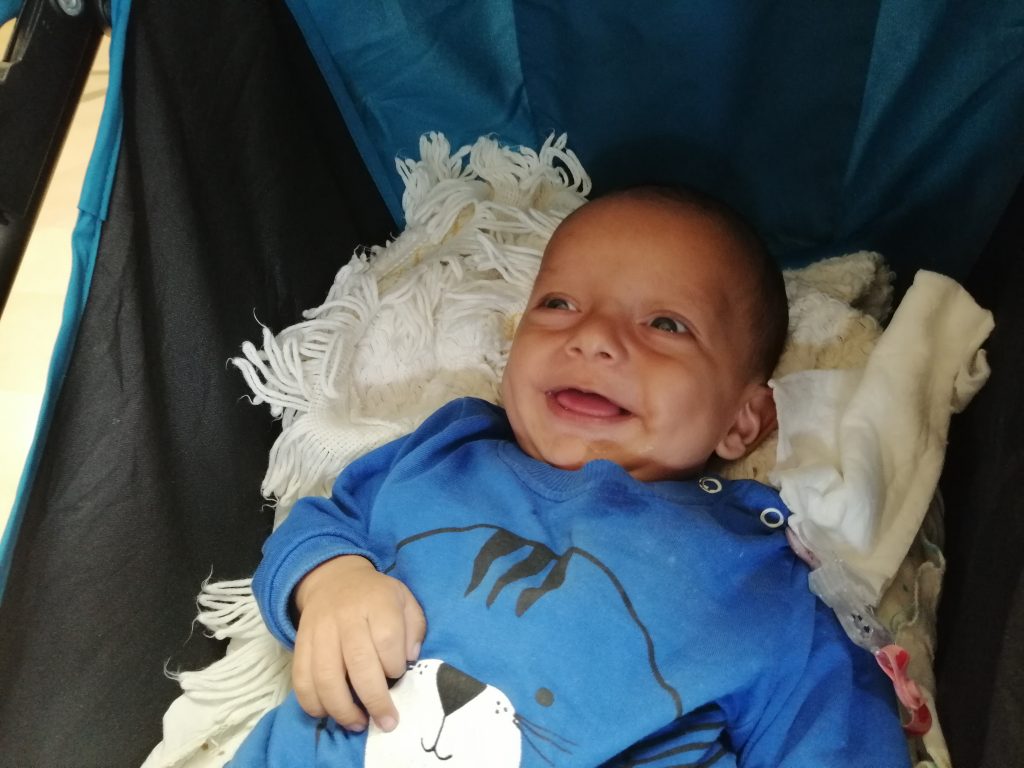 Sulaiman was extremely happy to be meeting new people of course. He has such an adorable smile and makes very cute noises.
Sulaiman was upset by the process of having the cannula placed for the CT scan, and he was not able to have any milk to help him calm down, as he was fasting. Soon he slept with the sedation, and the CT scan was over with very quickly.
After some time spent waking from the sedation, during which time Sulaiman acquired another admirer, he had an echo. His mother felt unwell at this stage, and so one of the kind echo technicians held Sulaiman’s hands and gave him milk during the echo so that his mother didn’t need to stand up for the duration of the echo.
Sulaiman later had a corona test, and ultrasound, all of which were to prepare him for his surgery, which is potentially going to be on Thursday this week. As Sulaiman’s mother says, “Allah Kareem.”
Thank God for His best plans for little Sulaiman.
Hide Comments Show Comments 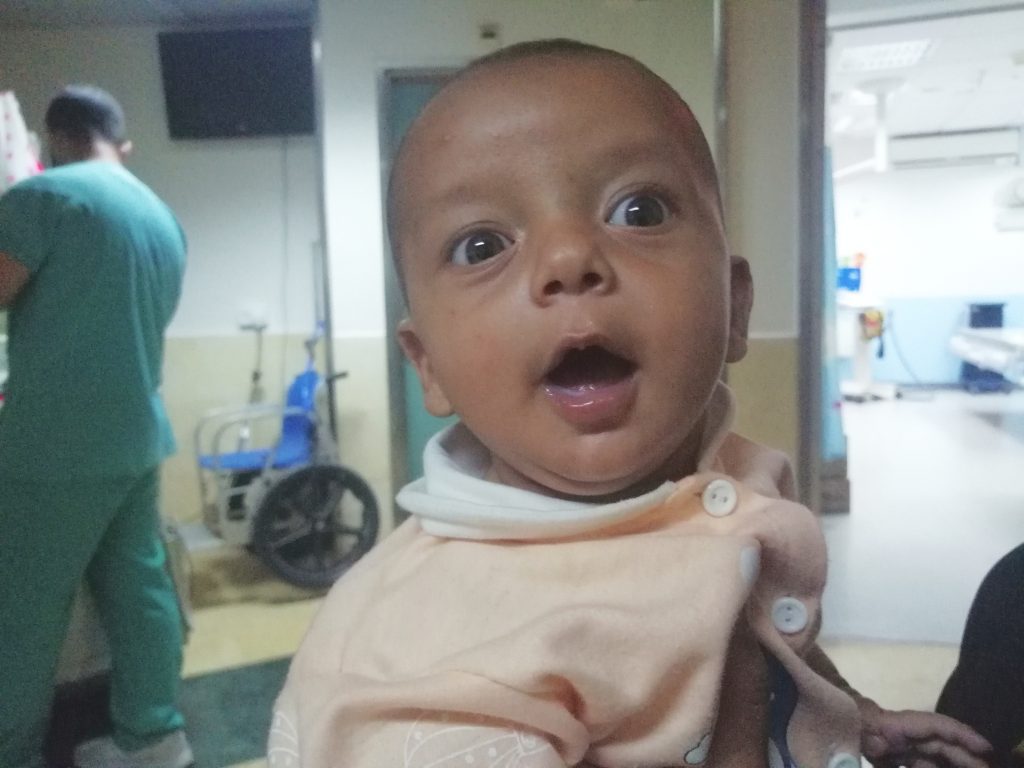 Sulaiman, we found out today, is definitely an extrovert. He loved all the attention he got from every person who came to see him at the hospital. He is smiley and was babbling with beautiful sweet noises. He is a treasure for his mother, who today was so tense with worry. 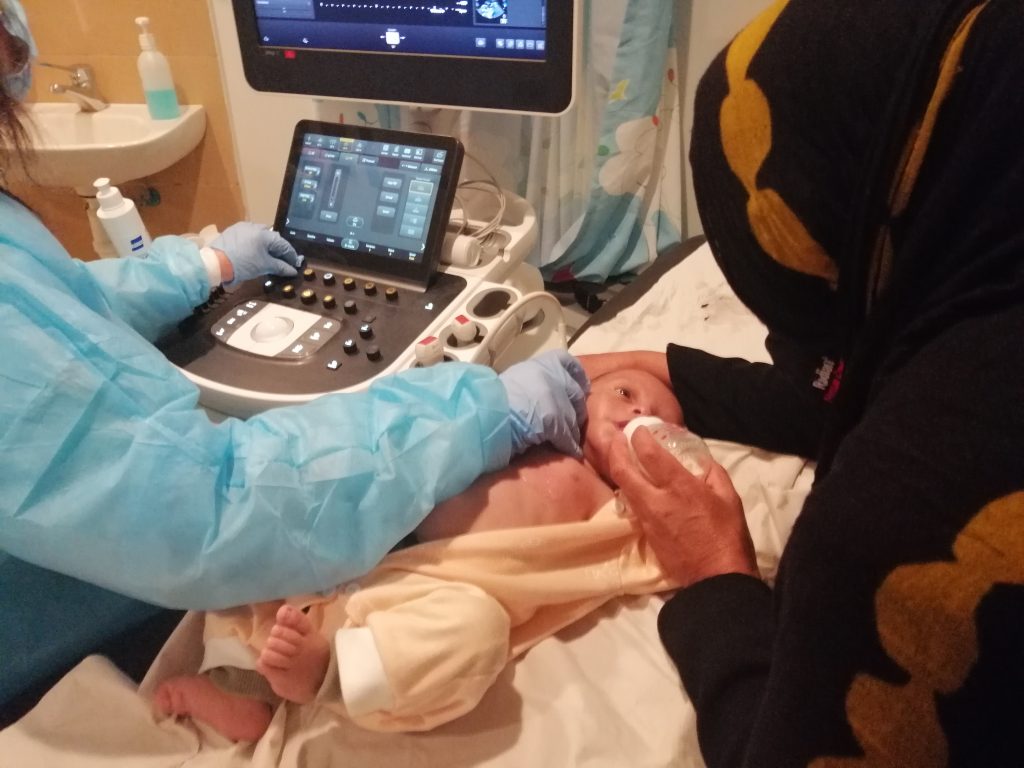 He had a full battery of assessments today: echo, ECG, weight, blood test, chest x-ray. Each of these opportunities to meet somebody new, which he loved, was sadly ruined for him by the unpleasantness of the procedure which he had to endure each time. Sweet Sulaiman found comfort in the arms of his mother. 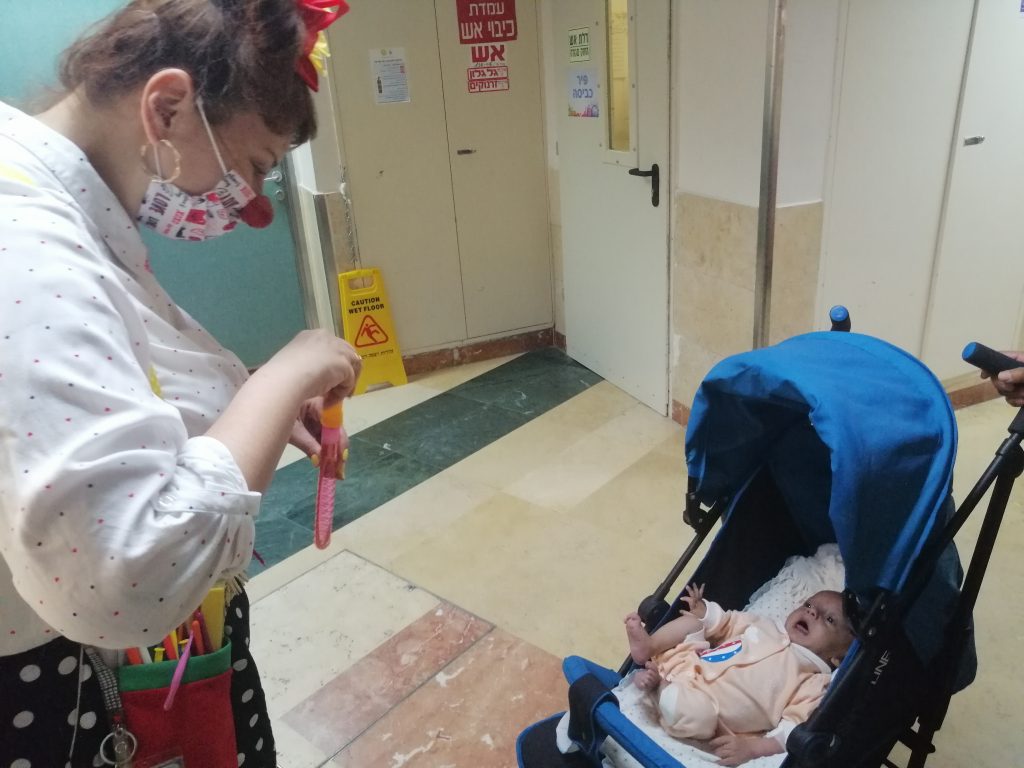 The doctor confirmed his diagnosis of d-TGA, and that he does need to have a big surgery. However, Sulaiman’s case will be discussed with the medical team before there can be a plan about the specifics; the big question for many of the parents is, can this be corrected in one surgery or does it require two? As Sulaiman’s mother said throughout the day, “Allah Kareem,” acknowledging that God is in control and gives well to us. 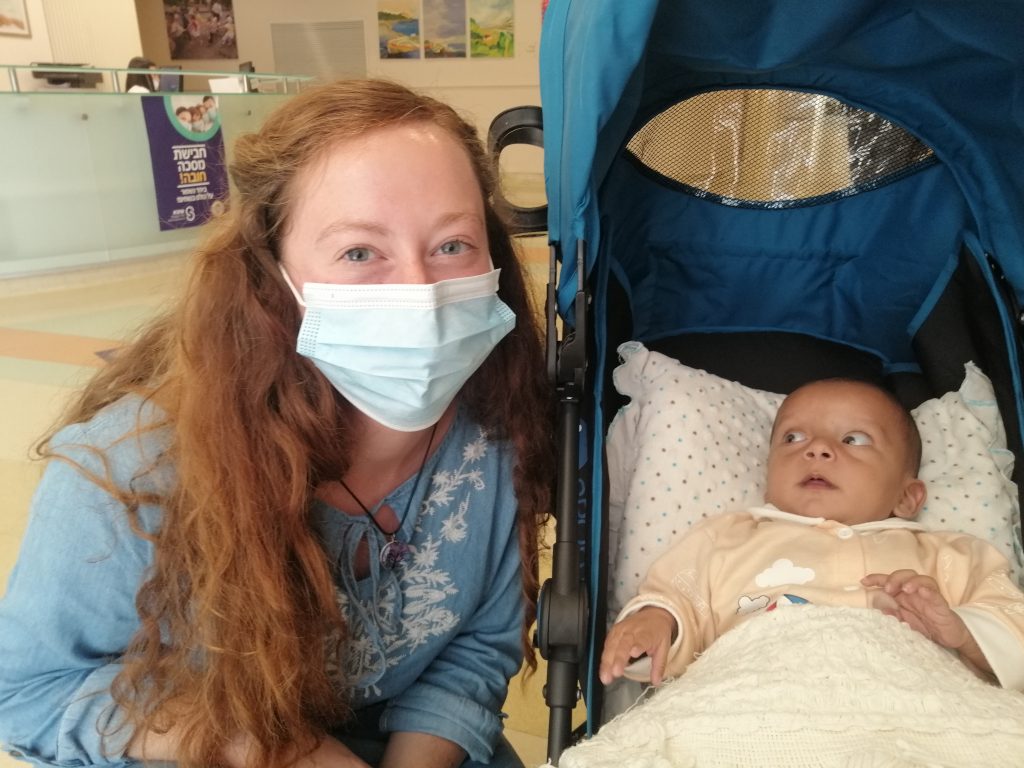 Please pray for this sweet family as they wait for the surgery.
Hide Comments Show Comments 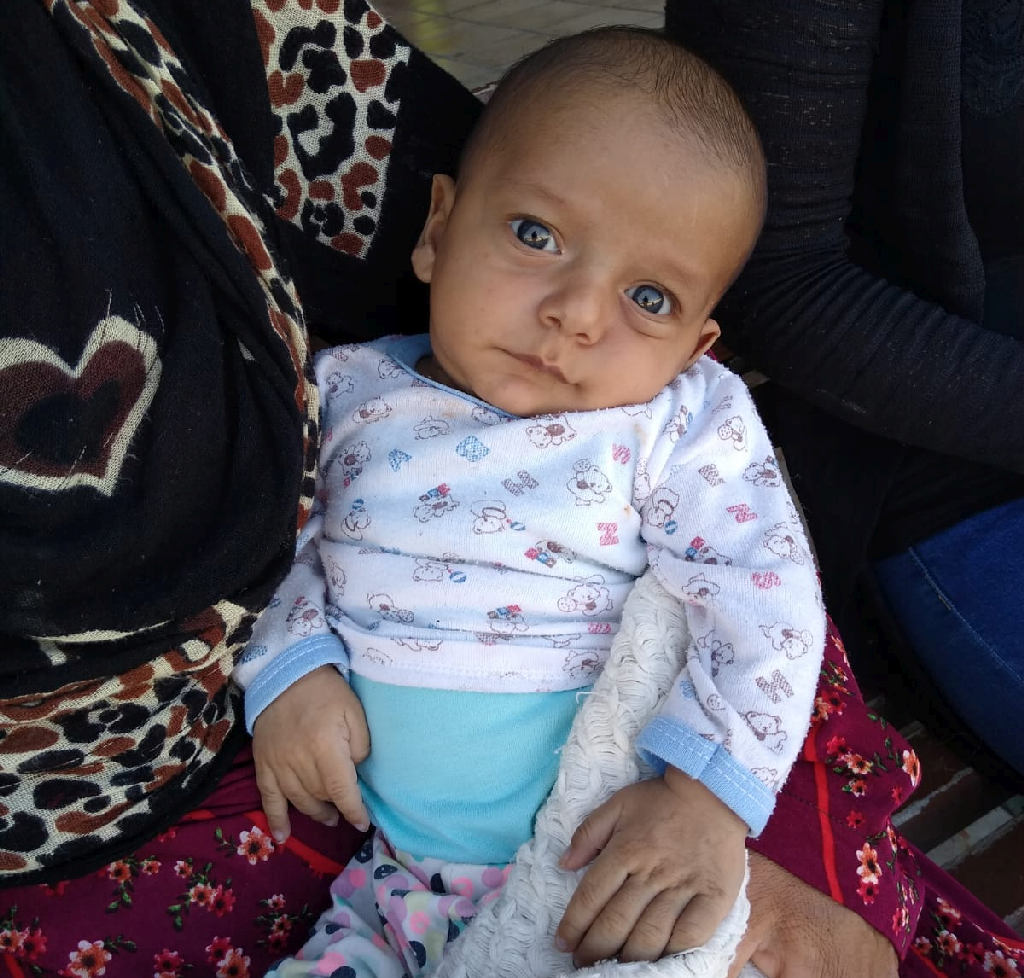 When I heard the news that Sulaiman and his mother are crossing the border from Jordan to Israel today, I was very happy to hear this. For a couple of days now, they’ve been waiting in Jordan on their visas to enter Israel. I was on standby to collect them knowing they could receive permission at any time, but they continued not to. 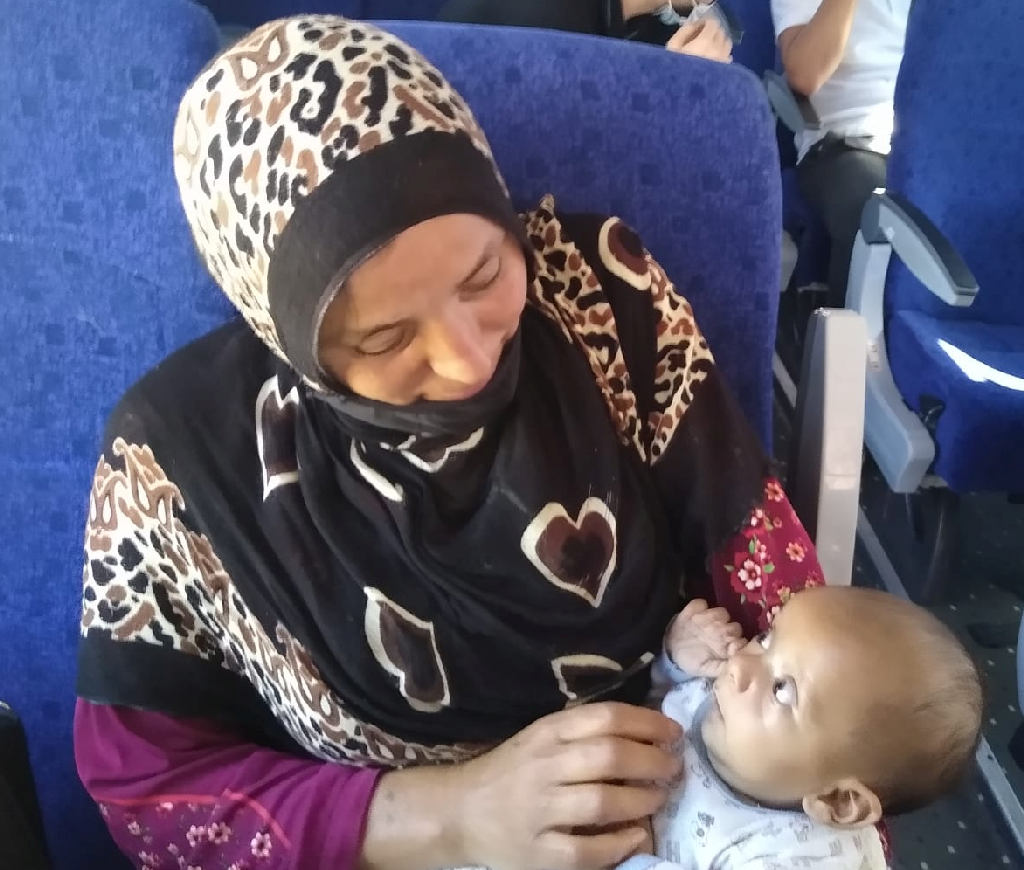 Especially for Sulaiman, it was quite urgent to come because he’s not in a very good condition. But we want to trust God and his timing, and so we are glad that He now made the way for them. 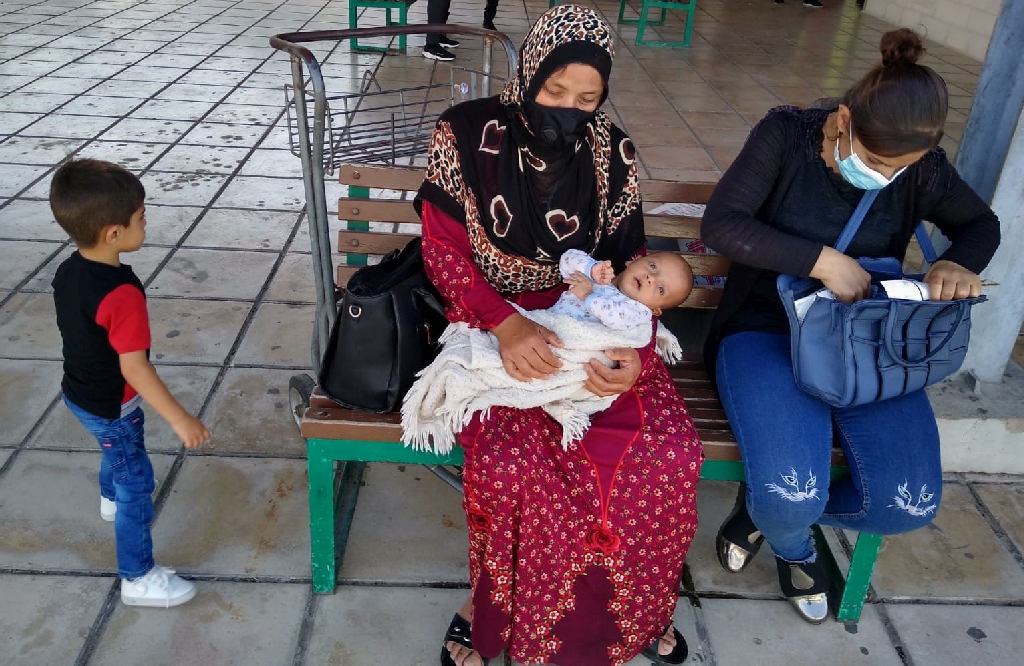 When I arrived at the Jordan border crossing, Sulaiman and his mother were already on the Israeli side of the border, waiting for me with another family. They simply got in the Shevet van, and we drove to our community house in Jaffa. 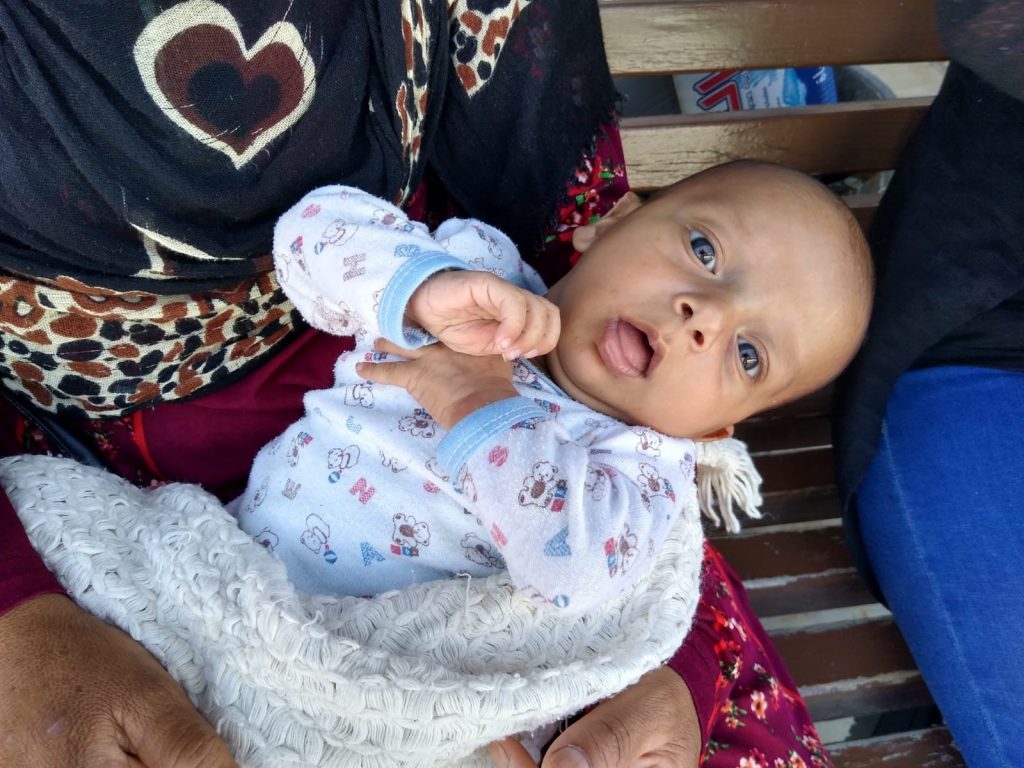 They will have to stay in quarantine for the next two weeks, but the assessments in the hospital can already start this comning week. Thank God that they are now with us. Please pray for Sulaiman’s condition and the coming treatment.
Hide Comments Show Comments 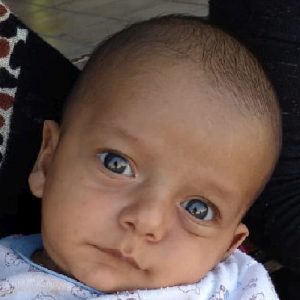 Sulaiman is a three month old child from Kurdistan, northern Iraq diagnosed with transposition of the great arteries.

Sulaiman does not yet have a local leader to advocate for prayer and financial support for his surgery.

As of right now, Sulaiman still needs $8000 toward surgery and related expenses.