Today at Sheba hospital, doctors decided, based on yesterday’s CT scan results, to go ahead with a catheterization for little Karim. I sat with Karim’s mother in the waiting room during Karim’s procedure. She was nervous.
After an hour, Karim came out of the OR. It went well. The doctors were happy with the result. They will see how Karim is after a couple of hours, and will decide if he can be taken off the ECMO machine.
Karim’s mother is relieved, but she still has a hard time with her little boy being so sick. Please pray that she will have the strength to cope with the situation and pray for Karim’s healing and recovery.
Hide Comments Show Comments 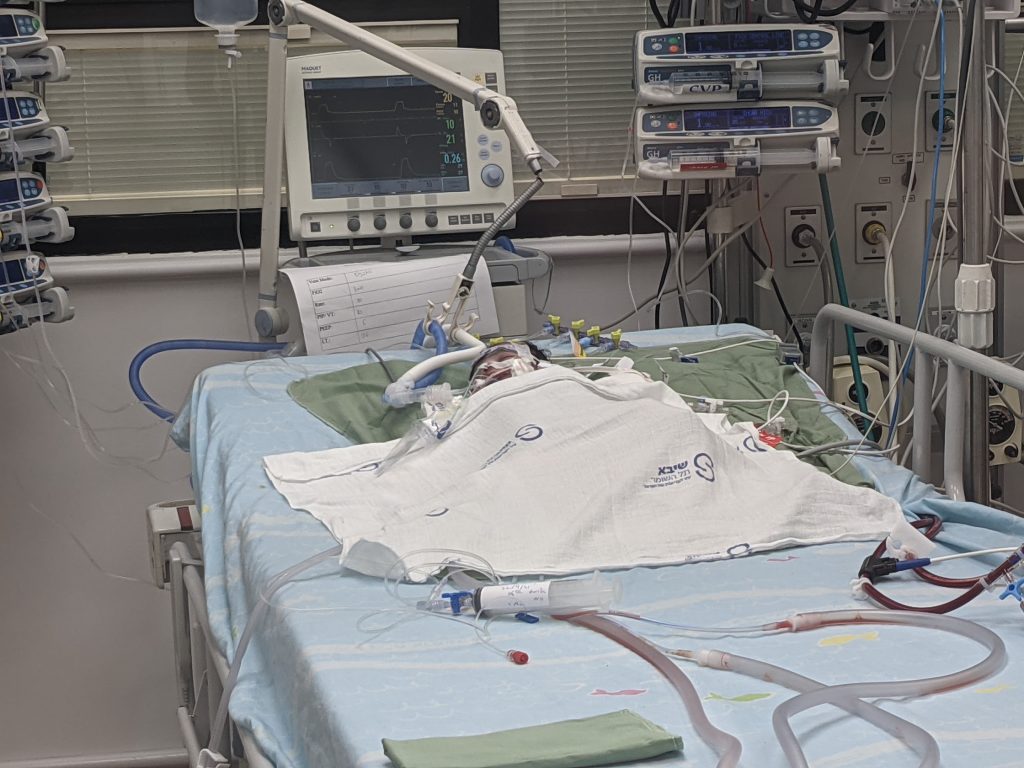 I stopped by Sheba hospital to visit Karim in the pediatric ICU this morning. His condition has not changed much, but he seems to be stable on the ECMO machine. Co-worker Julio and I spoke briefly with Karim’s doctor, who said Karim would have a CT scan today, due to concern about stenosis. When the doctors see the results from the scan, they will decide whether to do a catheterization.

Later on, Karim’s mother was in relatively good spirits, though very concerned about her little boy, and was eager to take me to see Karim through the window in the ICU. Please pray for a complete recovery for Karim, and strength and courage for his mother. 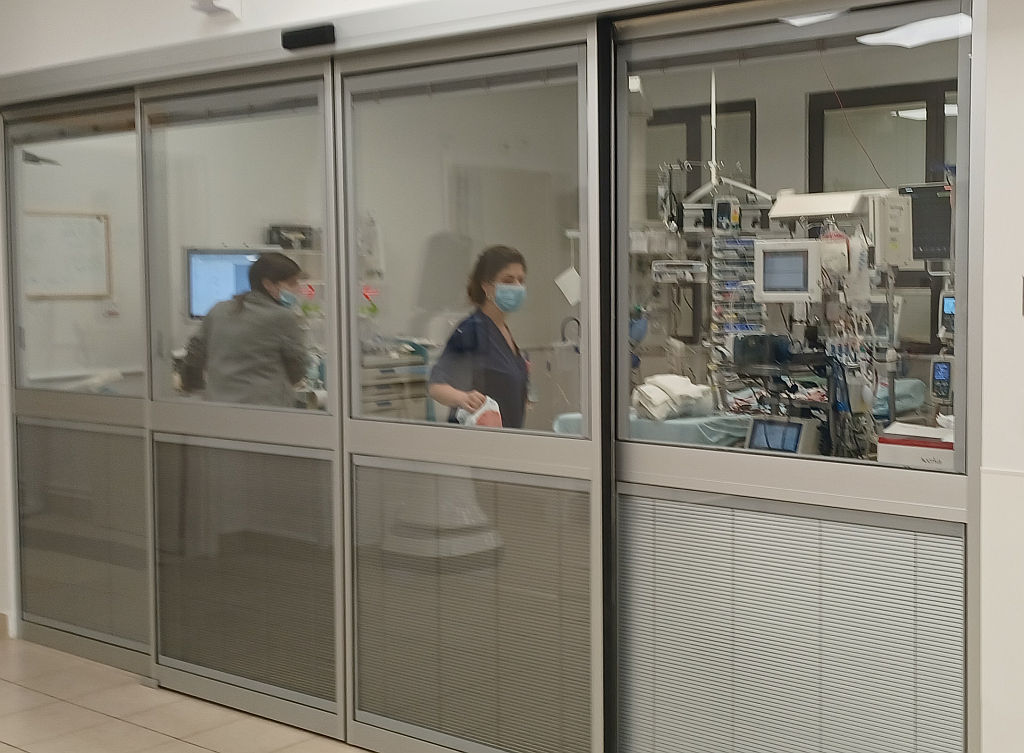 I visited KarIm today at Sheba hospital, almost 12 hours after his surgery. He was in the ICU bed and a nurse was taking care of him. The doctor told me that Karim is still in critical condition. He is on the ECMO machine and he is bleeding a lot. So that makes the situation more critical. I wasn’t able to go into the room because of Kareem’s condition. Also his mother was in a different place in the hospital. I couldn’t find her today.
Please pray that Karim’s bleeding will stop, that God will give the doctors wisdom to make the right decisions during this critical time, and for Karim’s mom, for strength to cope with all of this.
‘Yes, my soul, find rest in God; my hope comes from Him.’ – Psalm 62:5
Hide Comments Show Comments 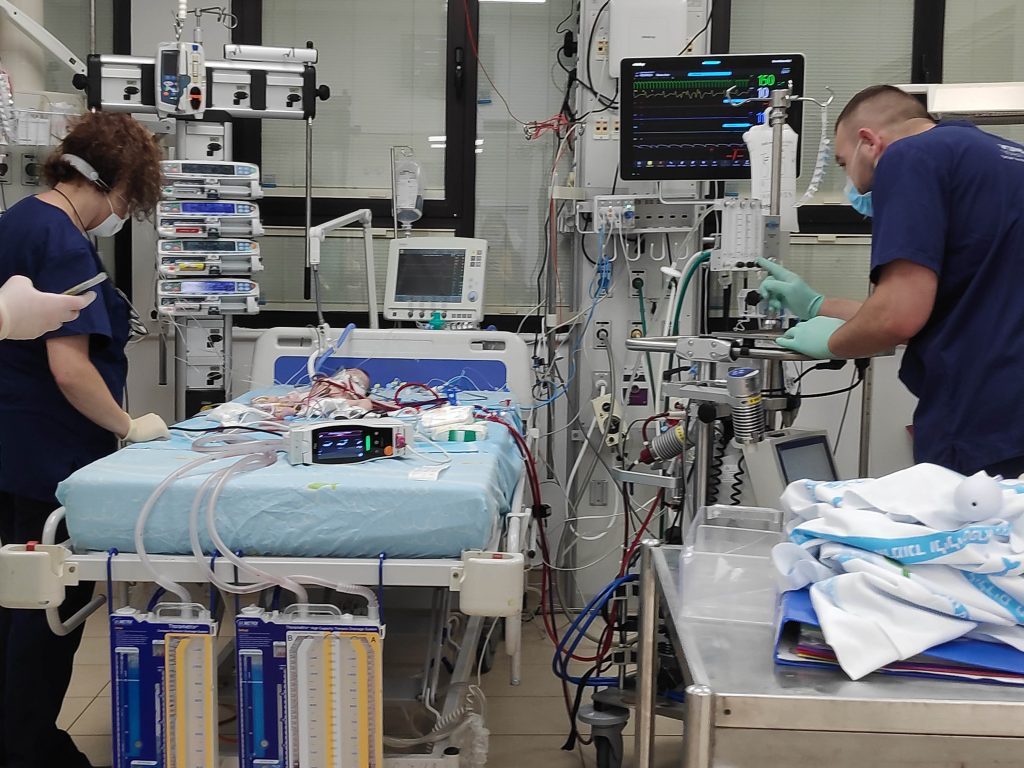 Today, the little Karim entered into heart surgery at Sheba Medical Center. The doctors confirmed many times that he is a difficult case and that his journey is going to be long and difficult. They couldn’t say how long Karim’s surgery would be. It was eight hours in the end, but it was successful. 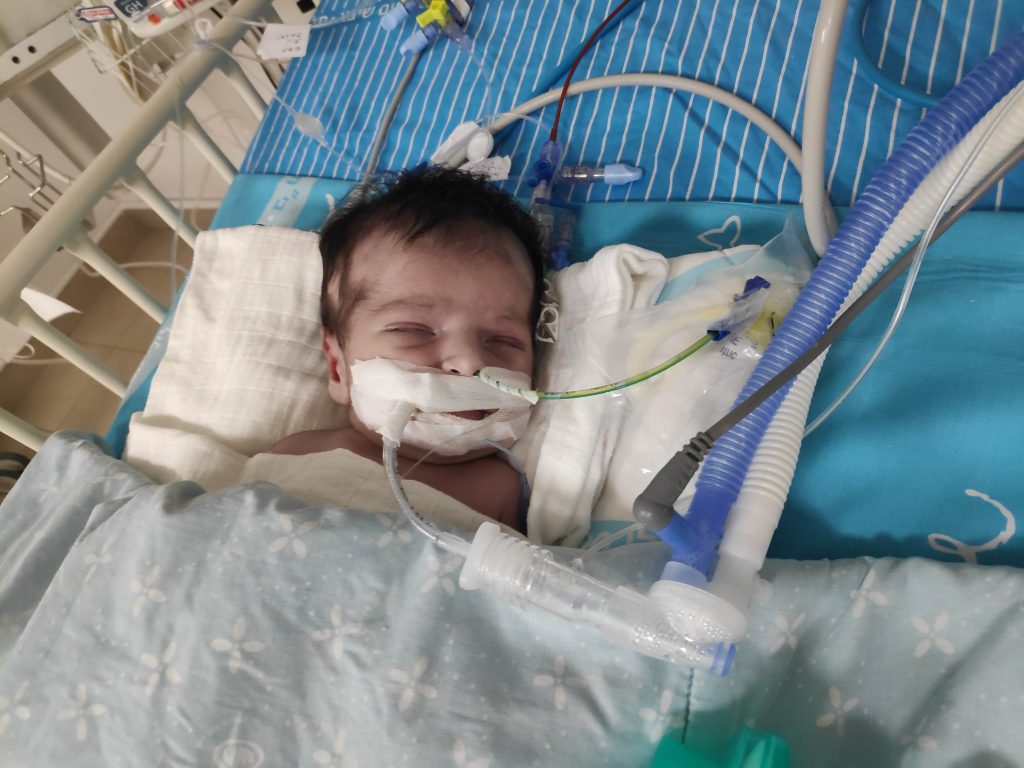 Doctors were able to fix the problems they set out to repair. Now Karim’s heart is weak from the procedure and he has been immediately connected to an ECMO machine.

He is in a dangerous and difficult condition now. His blood pressure and his saturation are low. Your prayers for Karim are much appreciated and needed.
Hide Comments Show Comments 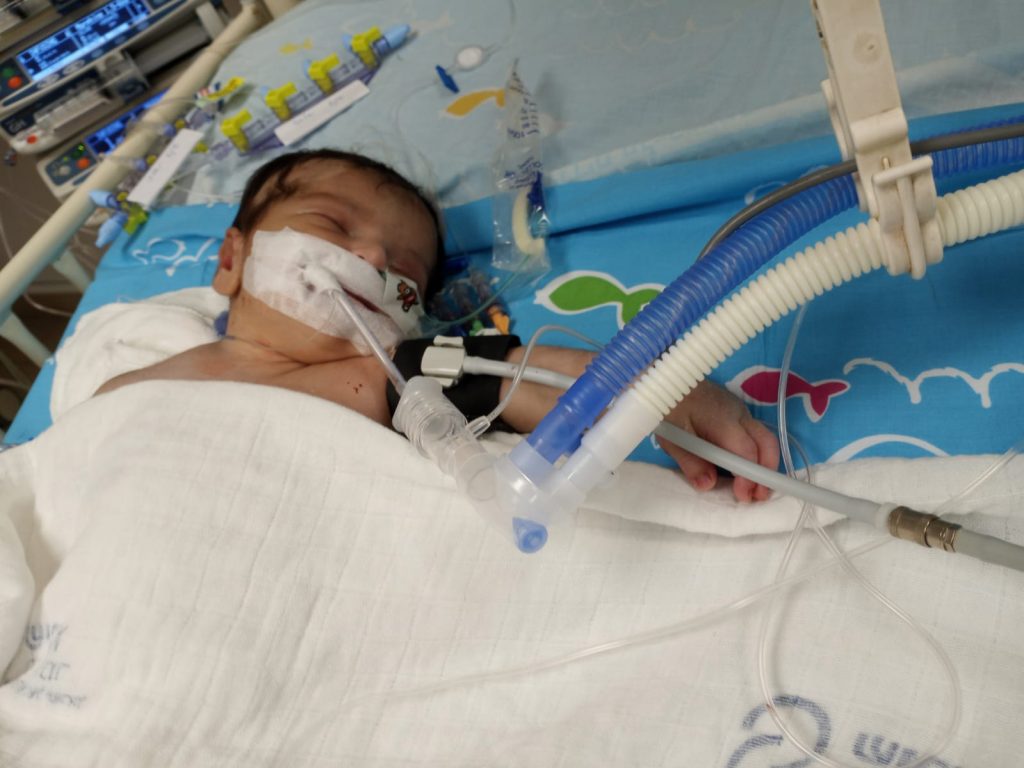 A little baby boy named Karim came from the Gaza strip this past weekend in an ambulance together with his lovely young mother to Sheba Hospital. Today, I’ve met Karim’s mother for the first time. She is a nice woman and shared that she has one more child older than Karim, waiting for her at home. 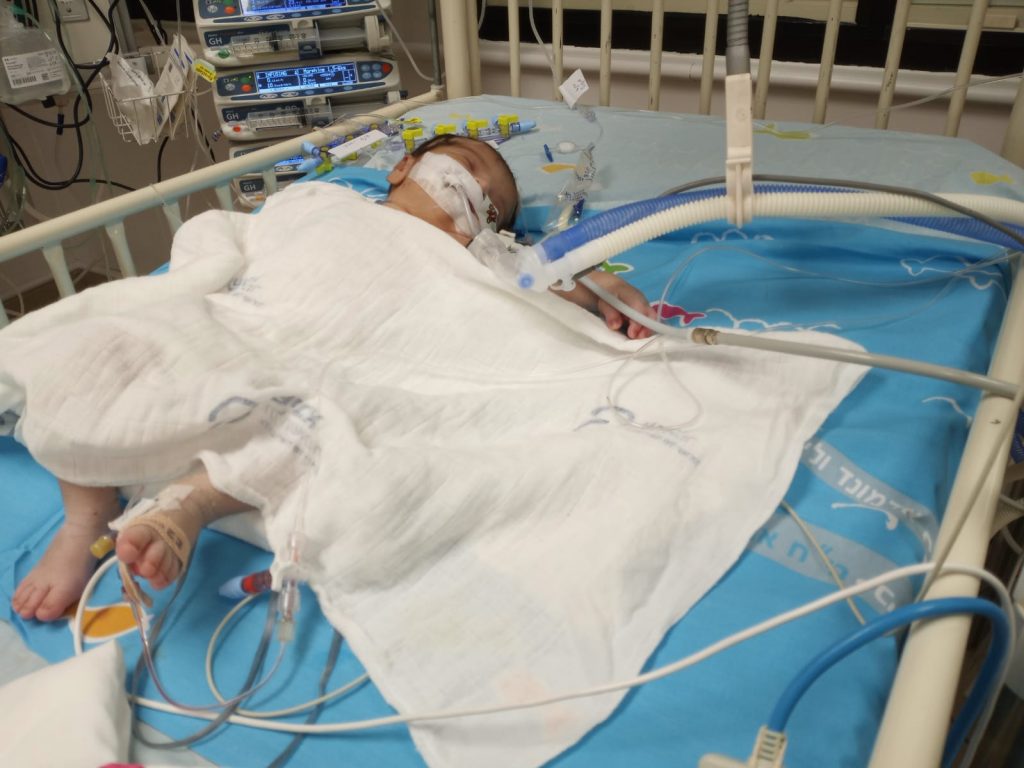 Doctors at Sheba explained that Karim is a difficult case. He has a few heart problems which might require more than one surgery over the years. This information was very difficult for Karim’s young mother to receive and she cried a lot.
Please pray for her to find peace and trust in God in the whole situation, as he always knows what is best for the life of these children. She would like to return to Gaza and send Karim’s grandmother as chaperone because it’s so difficult for her.
Hide Comments Show Comments 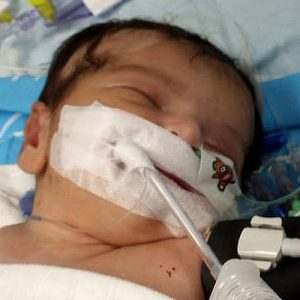 Karim is a weeks old child from the Gaza Strip diagnosed with hypoplastic left heart syndrome.

Karim does not yet have a local leader to advocate for prayer and financial support for his surgery.

As of right now, Karim still needs $11000 toward surgery and related expenses.