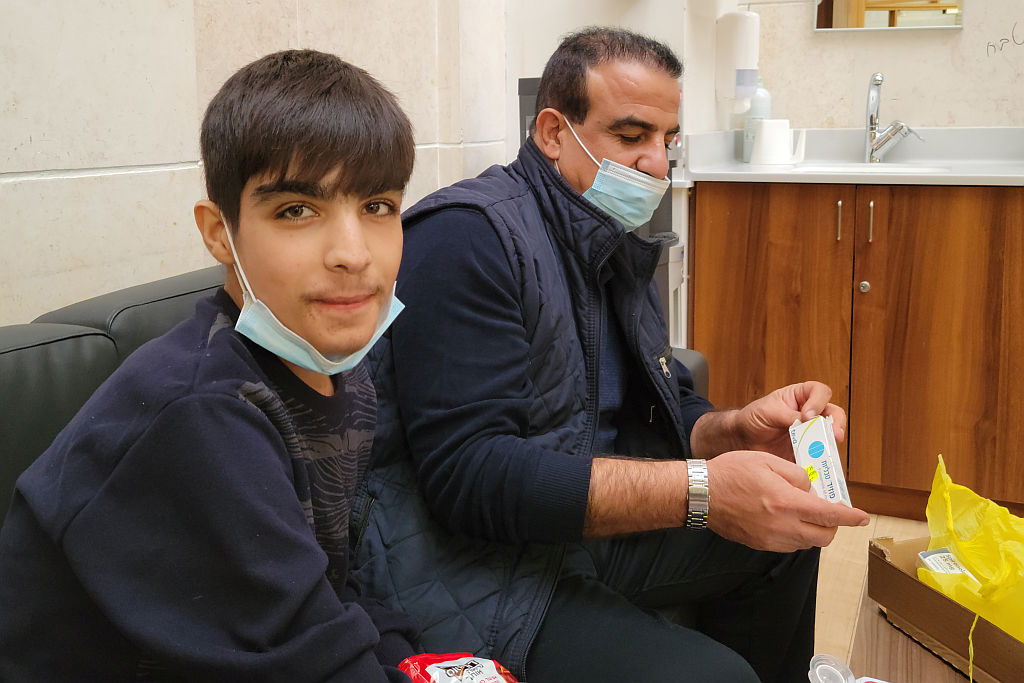 Farooq and his father were all ready to go to Schneider Children’s Medical Center this morning, as Farooq had an appointment for an echo there.

The cardiologist cleared him to return to Kurdistan! The doctors are all so amazed by Farooq’s impressive recovery. All of us at Shevet are so thankful for the healing He has provided for Farooq.

Please be praying for his continued recovery, and the upcoming trip to Kurdistan. 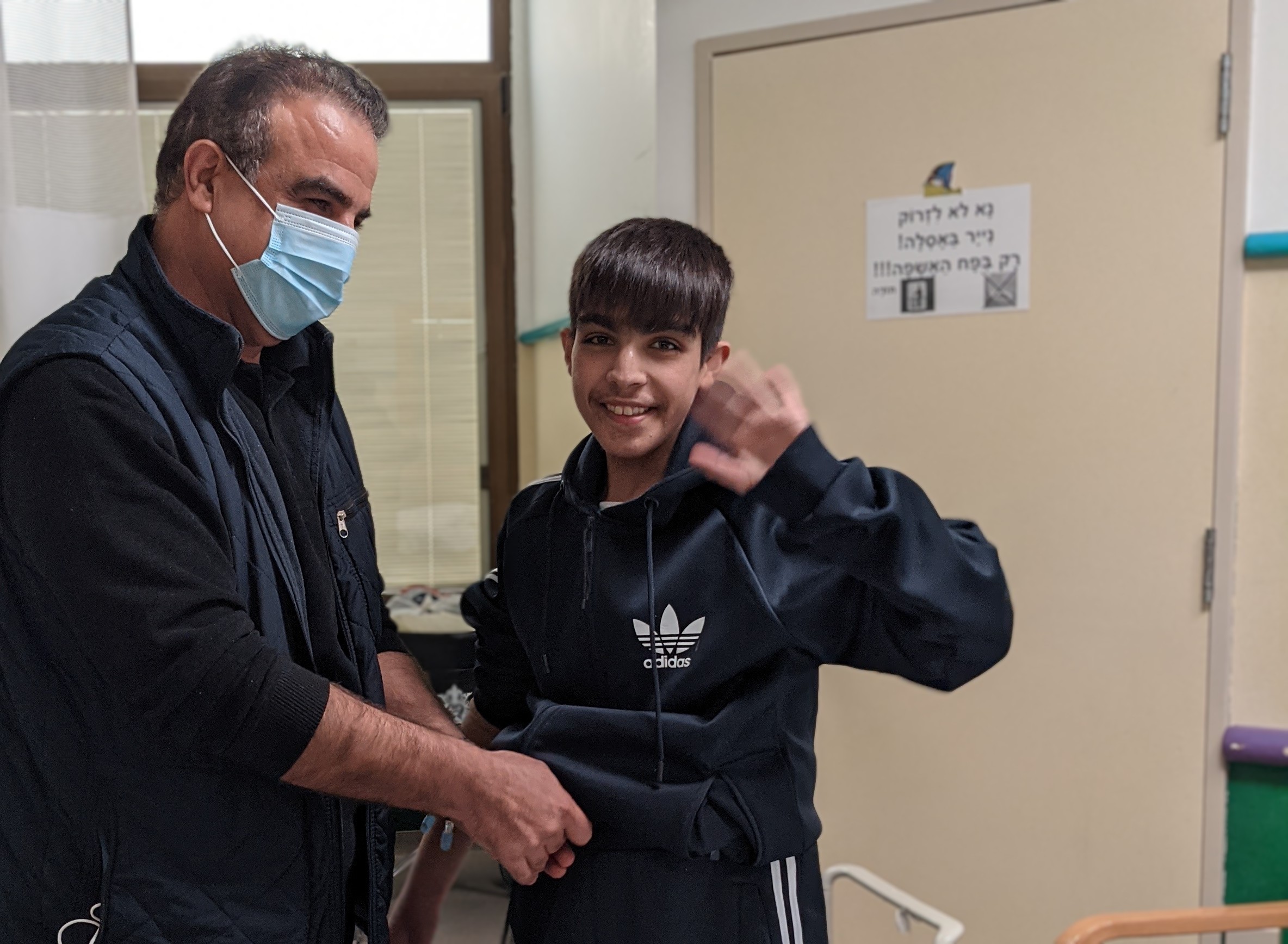 Medical staff, including doctors and nurses at Schneider Children’s Medical Center, could not allow Farooq’s discharge to Jaffa today to proceed without a special send-off ceremony. He is seen above with a delighted smile over his new lease on life and his chance to finally step foot out of this hospital where he’s been confined since entering Israel. 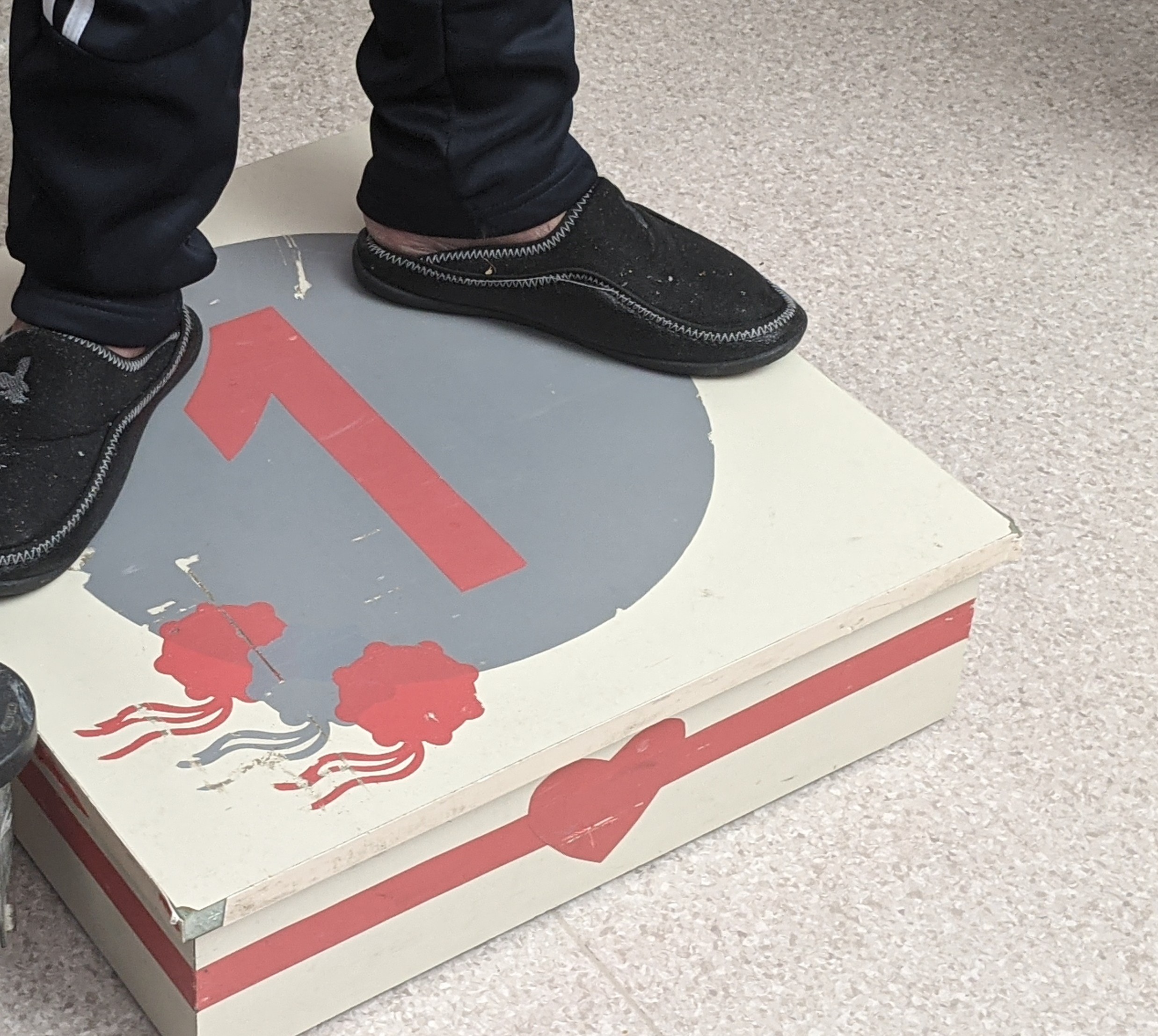 First, they had him step up on this painted wooden platform. It had the number one on it, proclaiming Farooq to be the number one patient extraordinaire, who passed with flying colors! 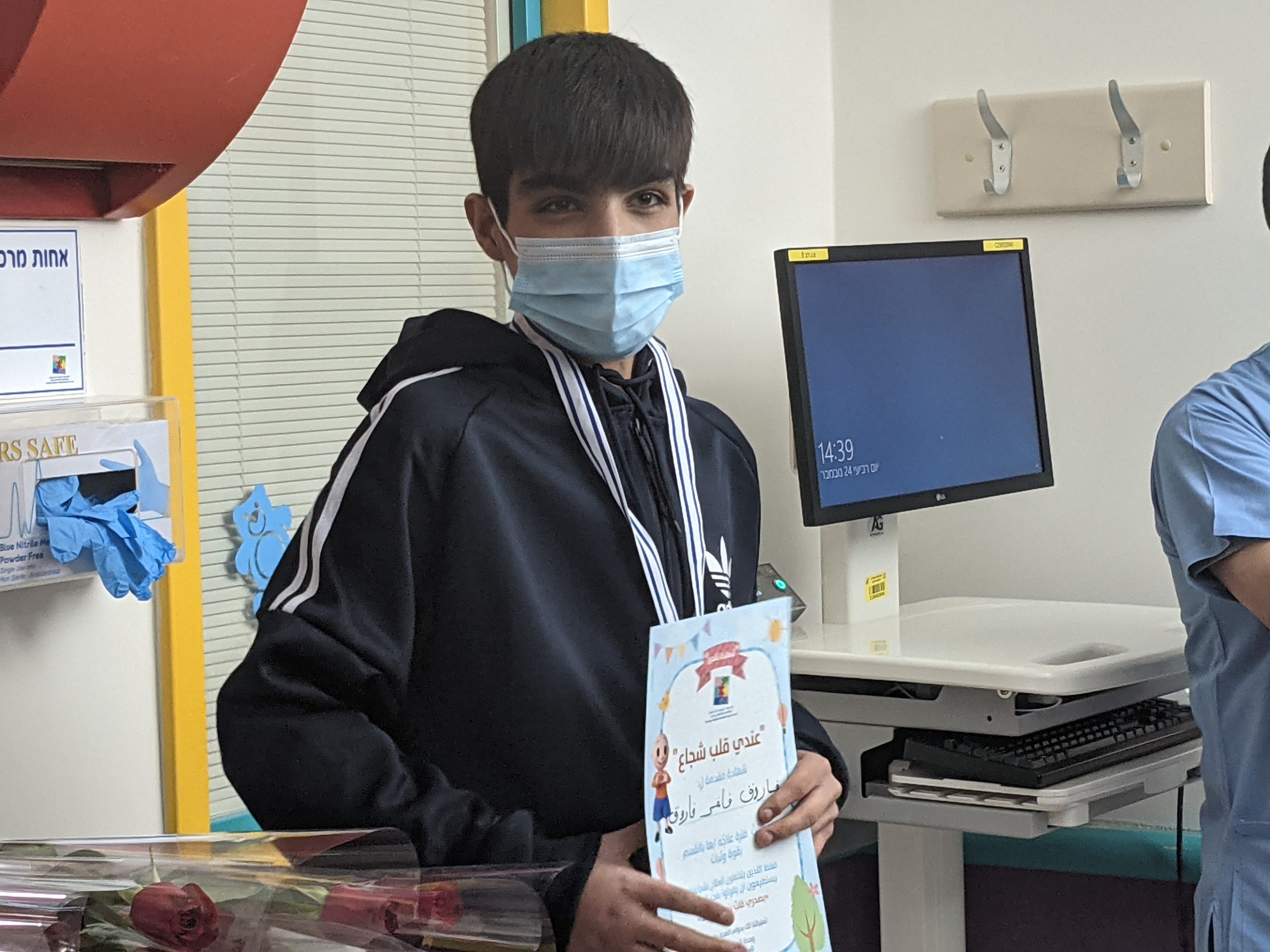 Next, they placed a medal around his neck and handed him a certificate of successful high-risk surgery completion. 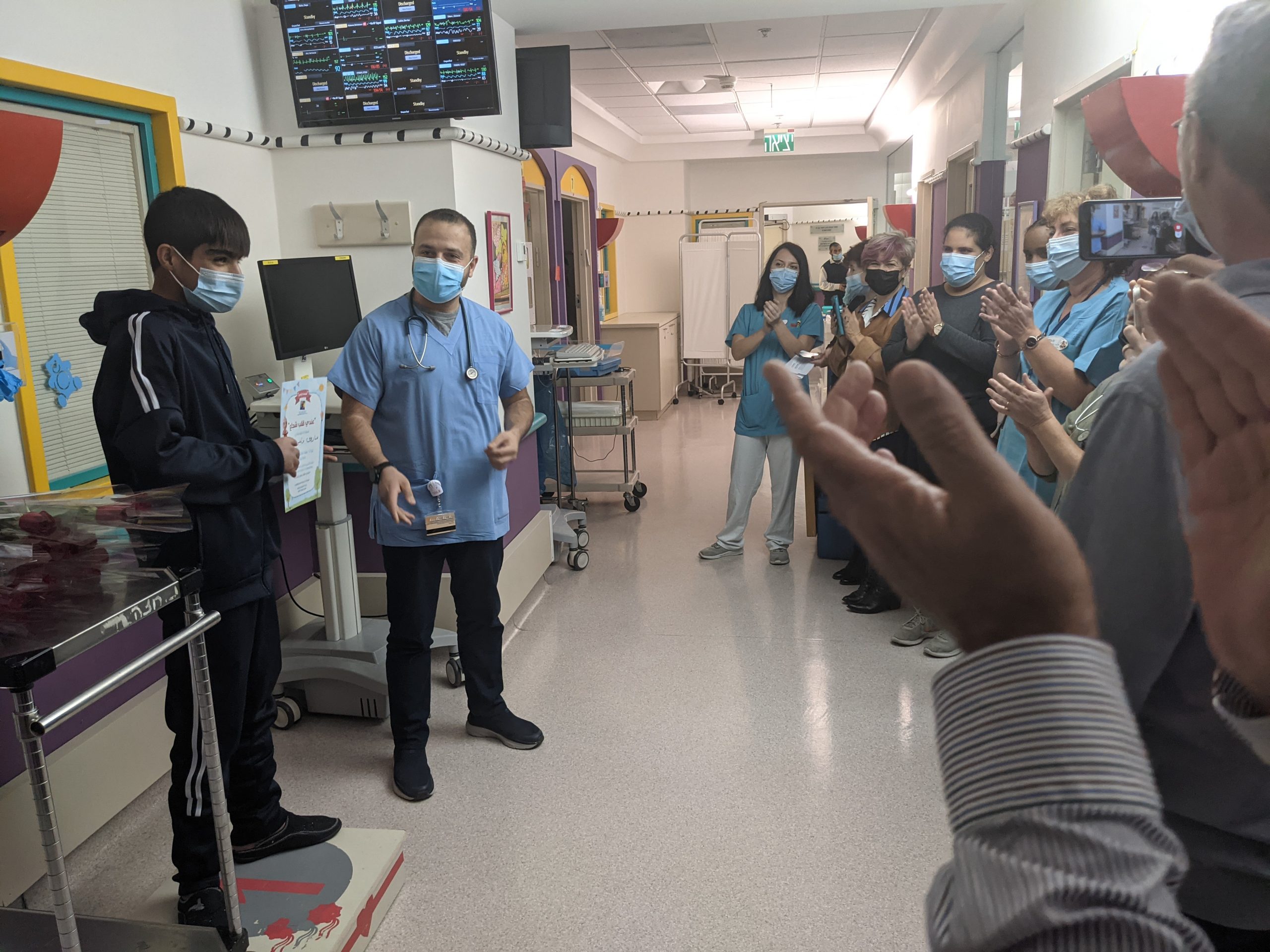 Then they clapped and cheered for him. A nurse of roughly 15 years at the hospital said this was unprecedented; she’d never seen such a successful, clean-cut recovery before from such a high-risk pool. 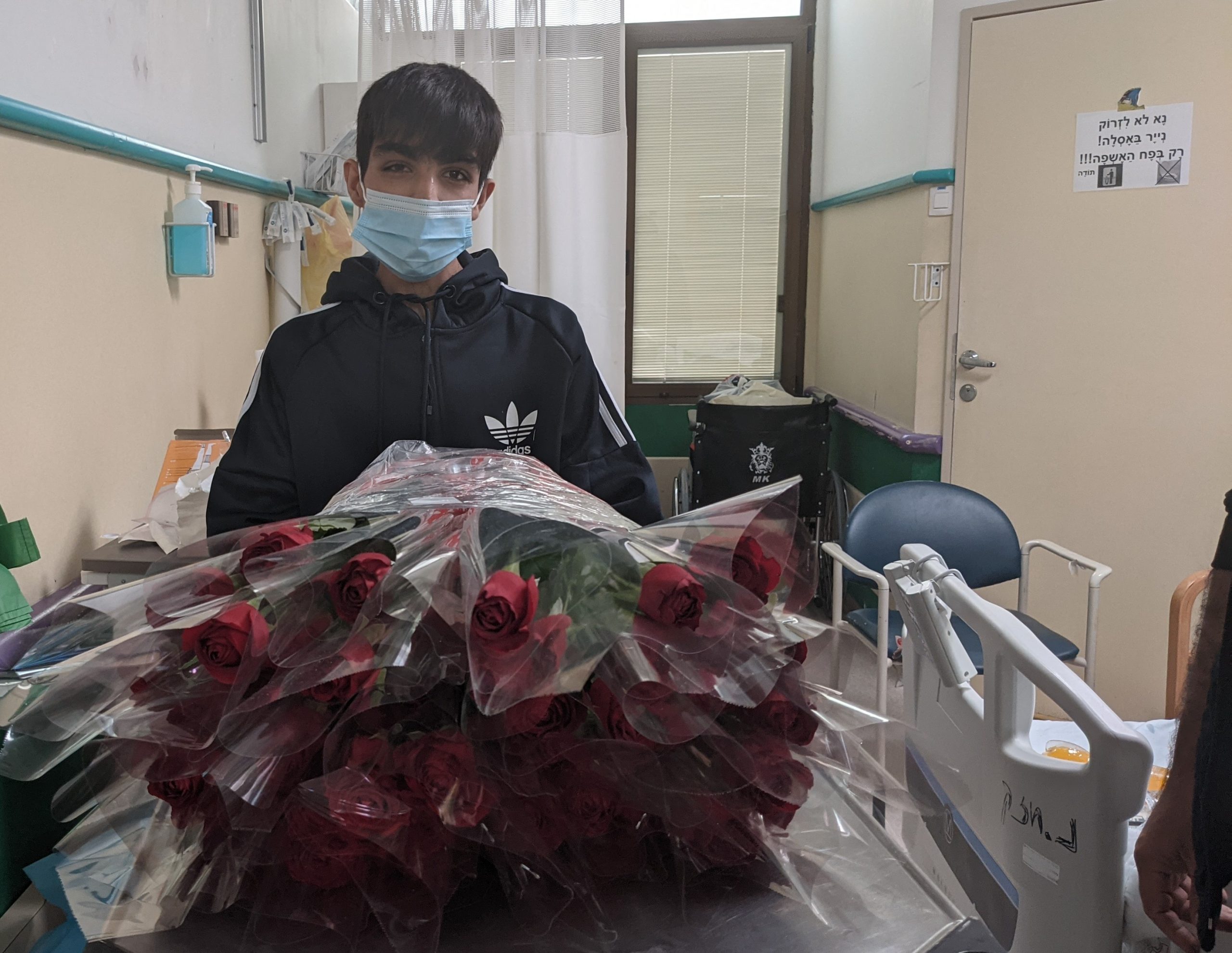 Finally, Farooq handed out single roses, at least three dozen of them, to all the medical staff on the floor, handing two or three to particularly kind nurses.

Farooq will spend about a week at our community home in Jaffa, enjoying walks on the beach with his father, sampling some of the home-cooking of our Kurdish moms, and getting to know our loving Shevet staff, until he is called back to the hospital for a follow-up and possible discharge back to Kurdistan.

Thank you for your prayers for this special number one patient. 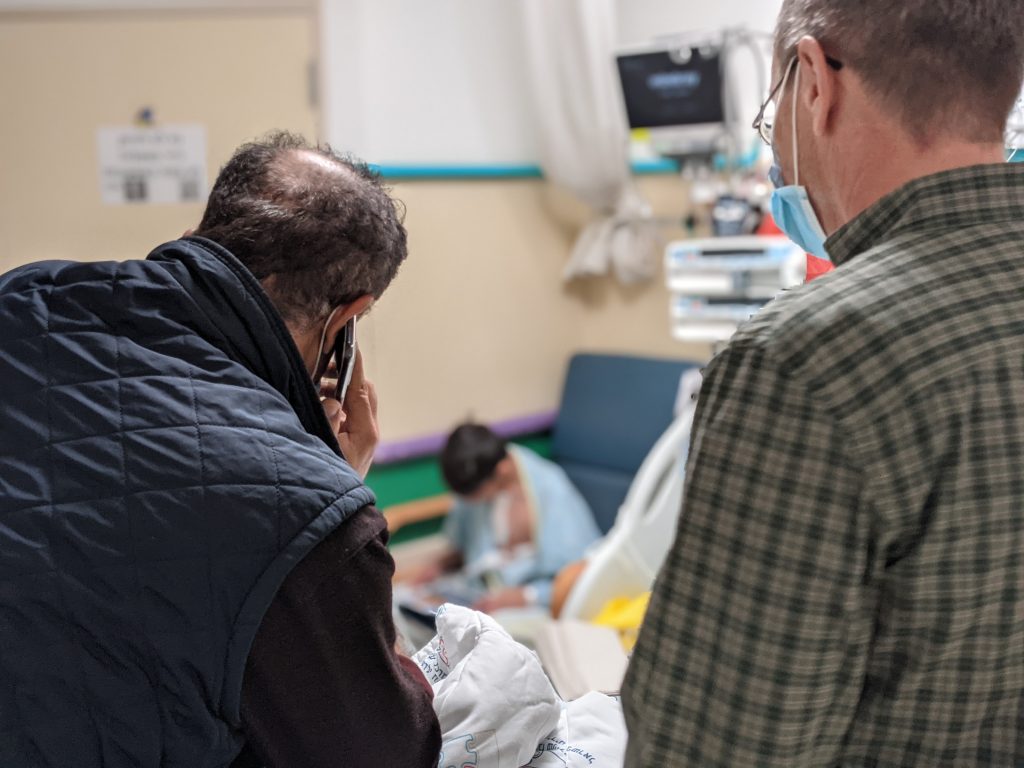 We found Farooq sitting up in a chair in his room this afternoon at Schneider Children’s Medical Center. 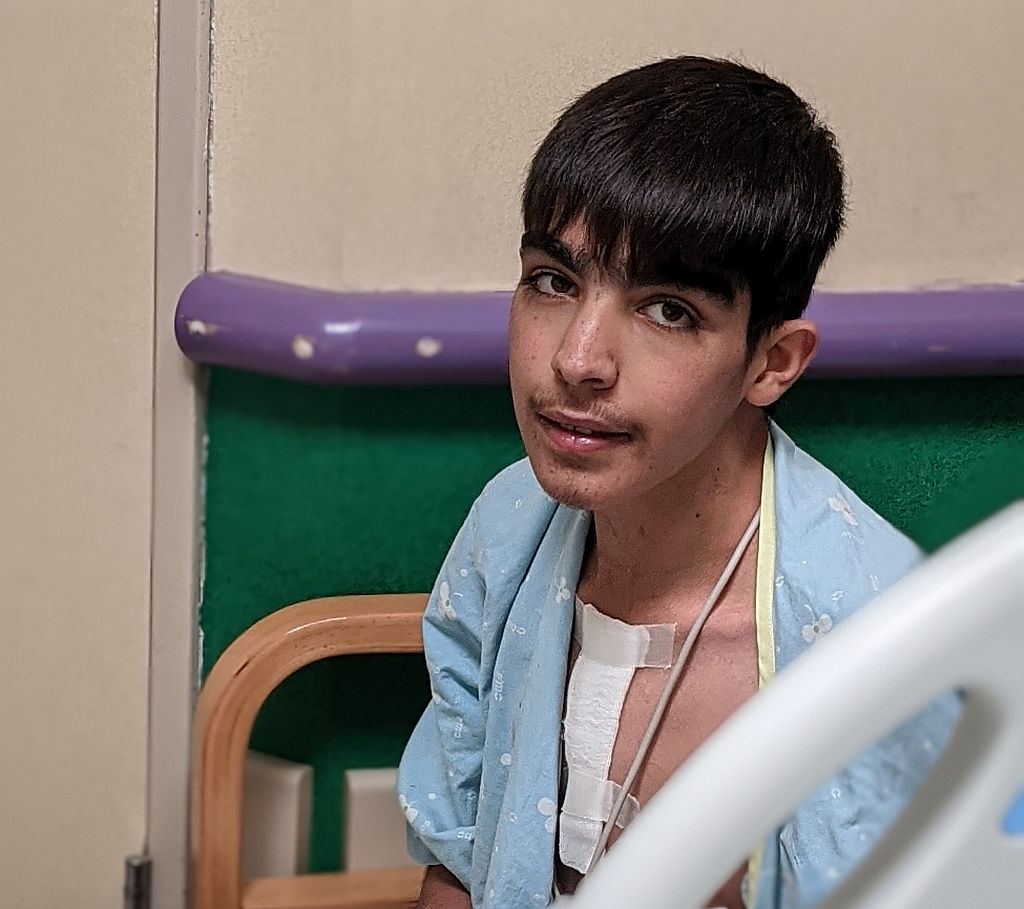 He was playing a game on his tablet. 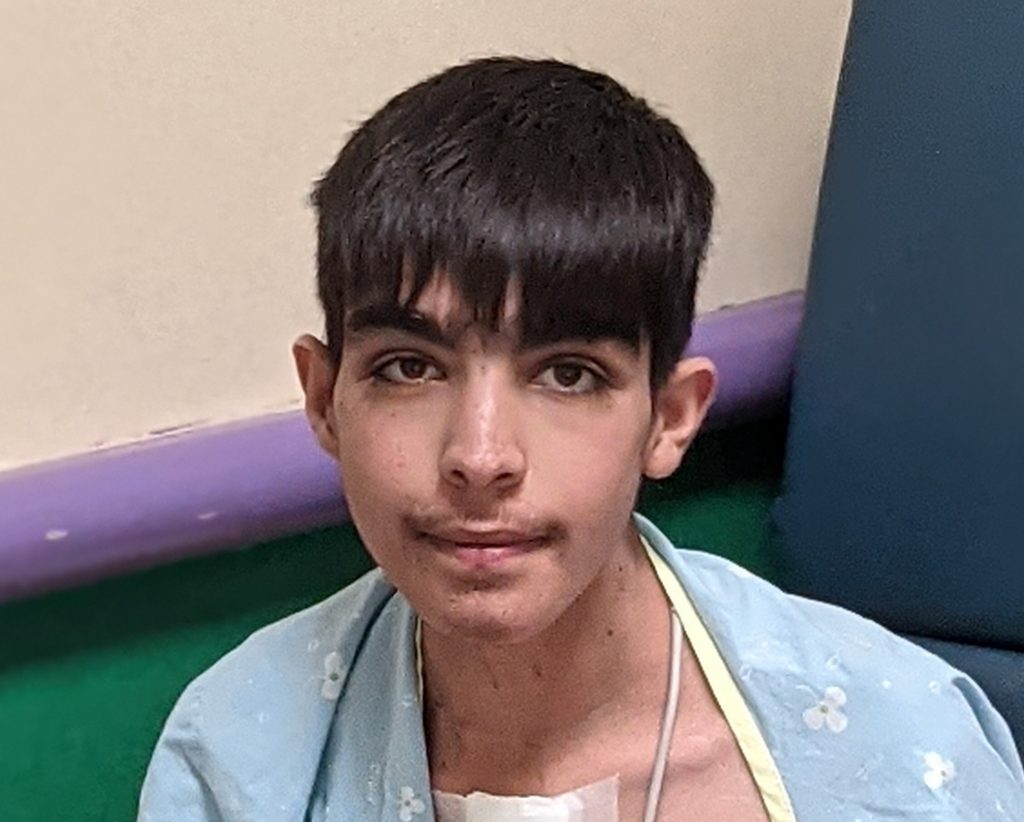 Farooq’s doctor says he lost 20 kilograms of fluid but some fluid still accumulates. They’re now waiting to see if his heart function will improve.

Your continued prayers are highly coveted.

Busy with his tablet, Farooq is doing very well. He’s sitting up in a chair, walking a bit and finding the strength to lift a cup to his own mouth. 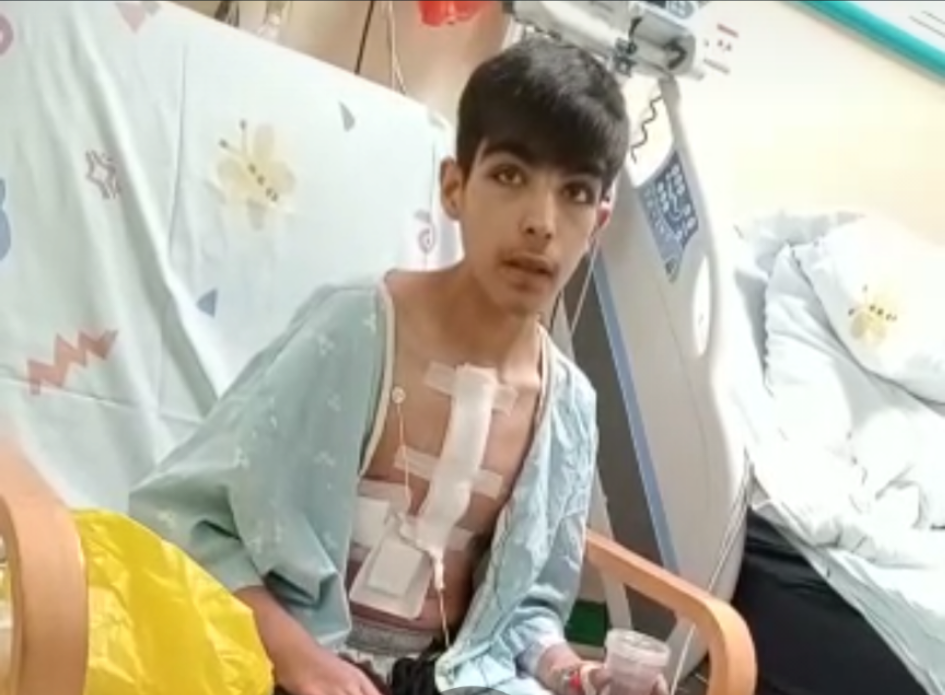 We are amazed at this young man’s progress. Please keep your prayers coming. This was supposed to have been a high risk surgery. We continue to watch and hope for young Farooq.

God bless him and bring him into a future filled with promise.

Co-worker Jonathan and I went to Schneider Children’s Medical Center in Petah Tikvah, to visit with Farooq and his father.

We found Farooq awake and thirsty. His father gave him a bit of water with a straw.

After that, it was time for a chocolate candy bar, followed by some chocolate pudding. The nurse in Farooq’s room said Farooq can have anything he’s got a hankering’ for. 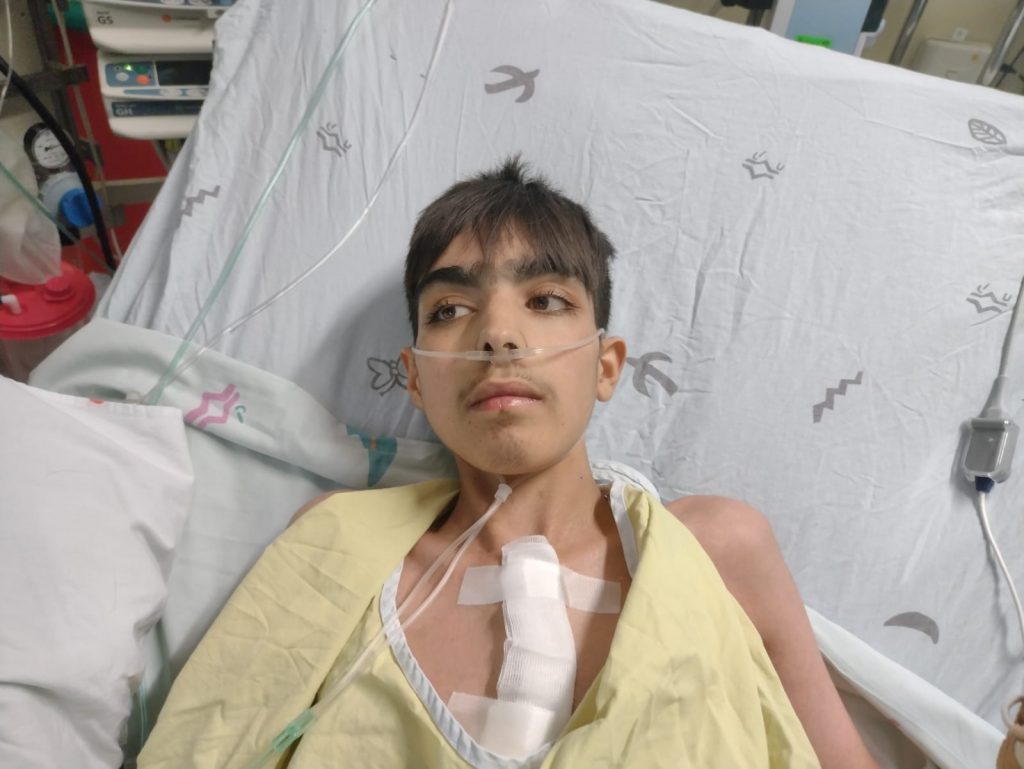 Farooq is on a bit of oxygen for now, but otherwise was successfully extubated almost immediately after surgery. 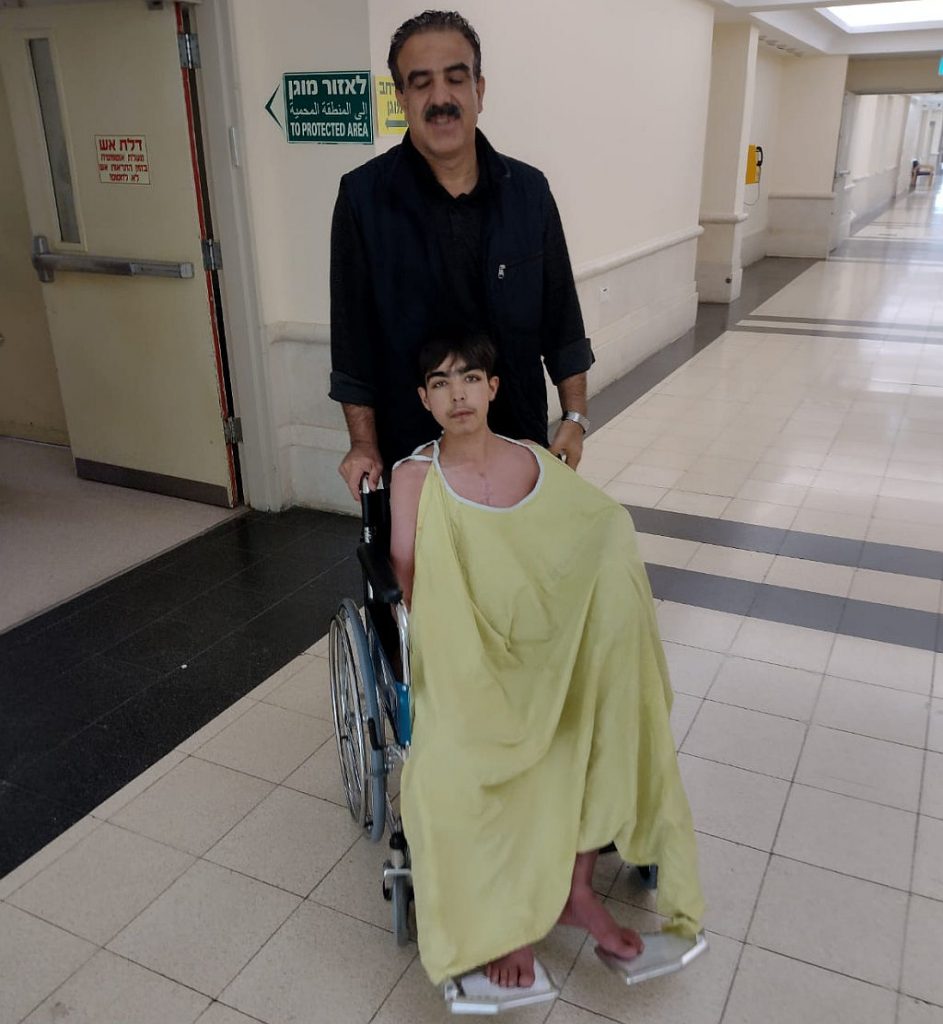 At near 8:30 this morning, Farooq was rolled out for his surgery at Schneider Children’s Medical Center.

Farooq’s father was quietly moving his son forward, no doubt full of the concerns of a loving father, but showing little or no emotion as the wheel-revolutions made their repetitive echo in the corridor, and the distance of the surgery floor was gained. 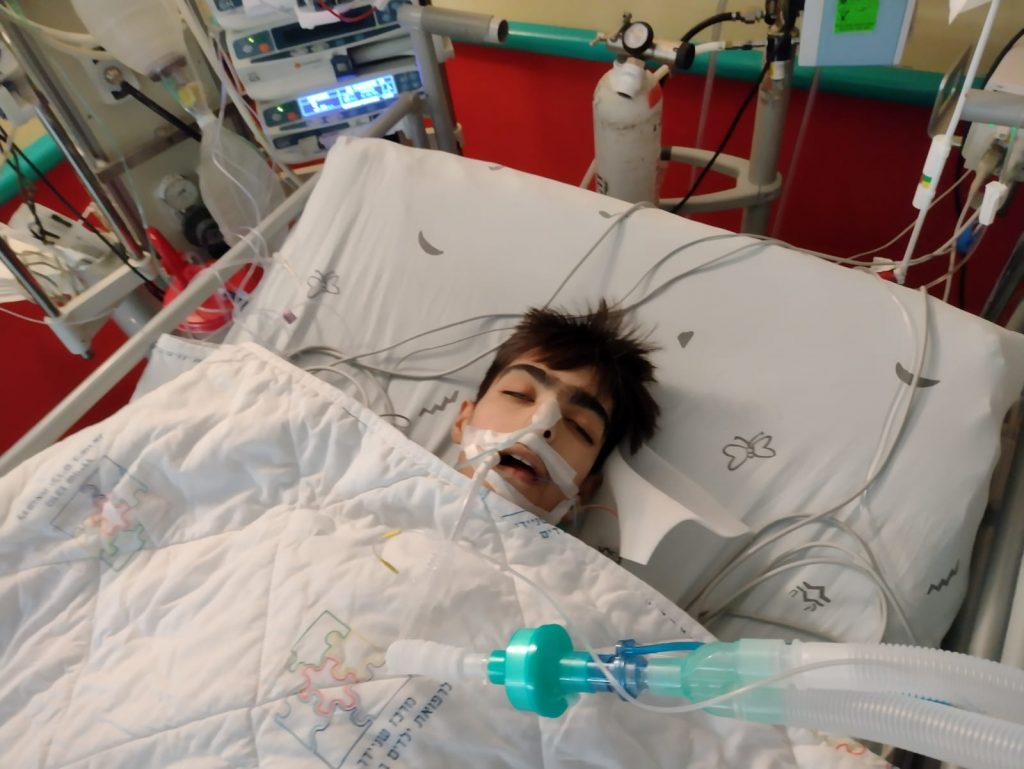 They were told the surgery would take up to seven hours, which it roughly did. Doctors believe the replacement of the pulmonary valve went well. Farooq is intubated in the recovery ICU and is stable.

Your prayers for him are greatly appreciated. 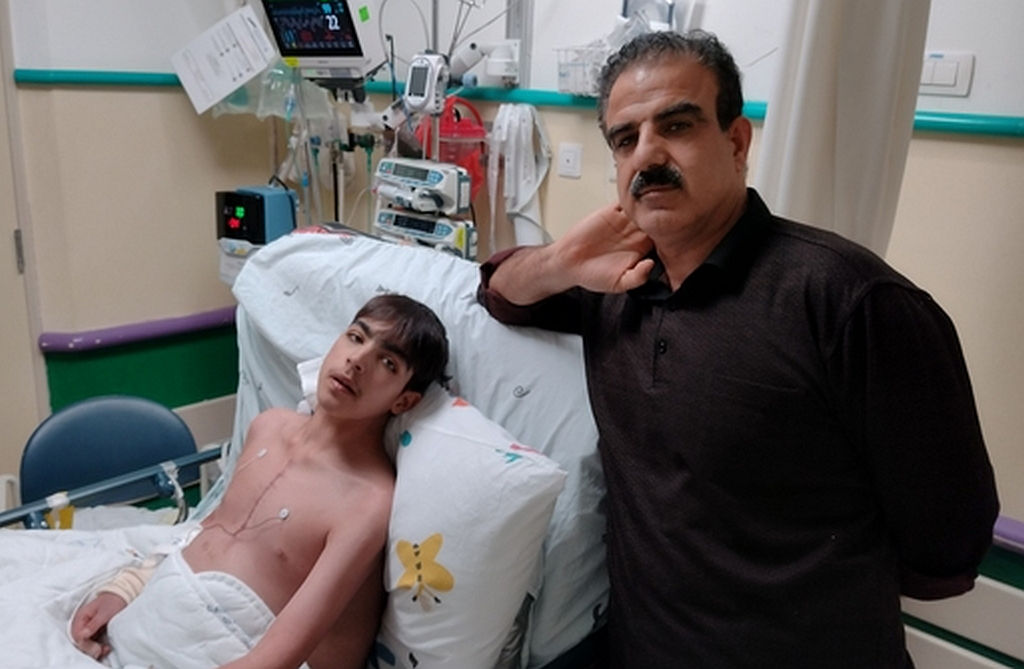 Thirteen-year-old Farooq from Iraq will be taken in for his heart surgery tomorrow morning at Schneider Children’s Medical Center, after a CT done there today to map the anatomy of his heart.

The fluid retention in his legs has been reduced, but his abdomen is still swollen. Please pray for him and his father during this high-risk surgery and the long and difficult recovery that may follow. 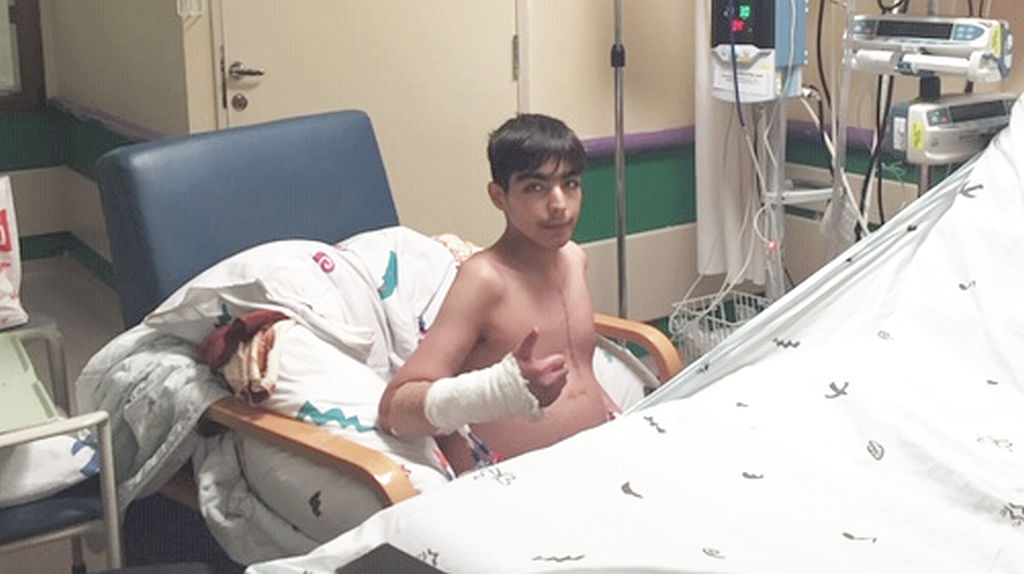 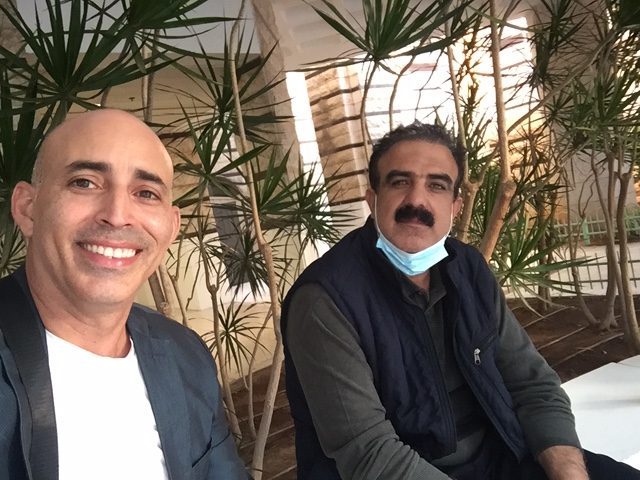 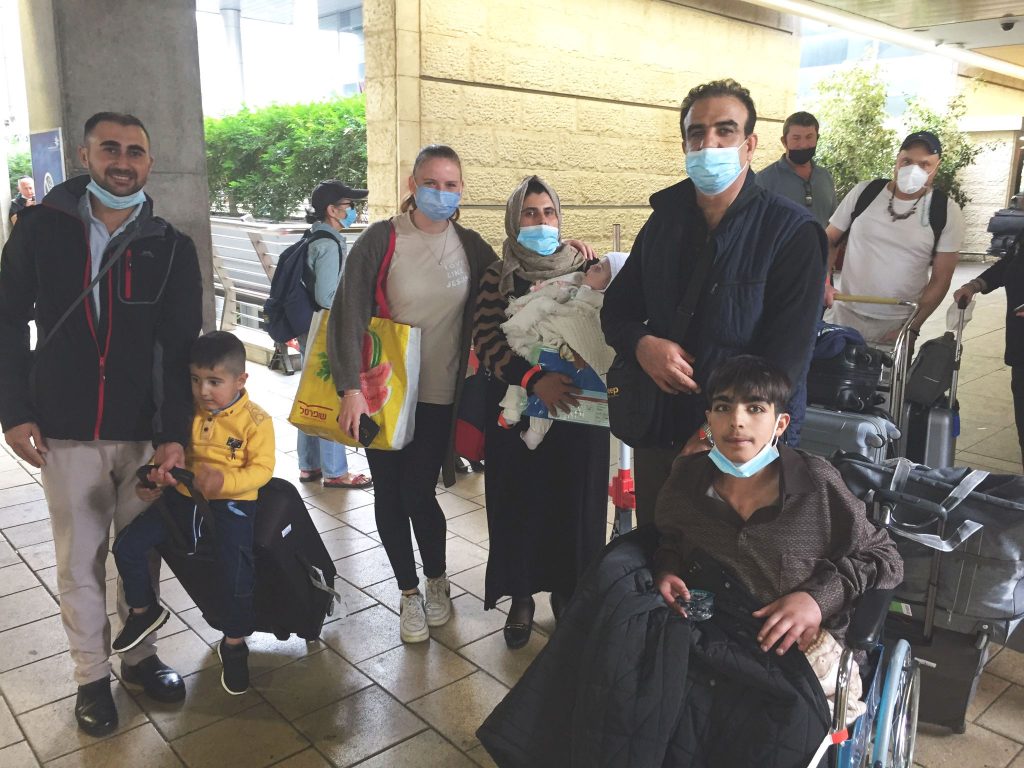 Farooq and his father, above right, travelled together from Kurdistan with other families to Israel, arriving this morning. Until the time they arrived, there was no place for Farooq in any hospital. 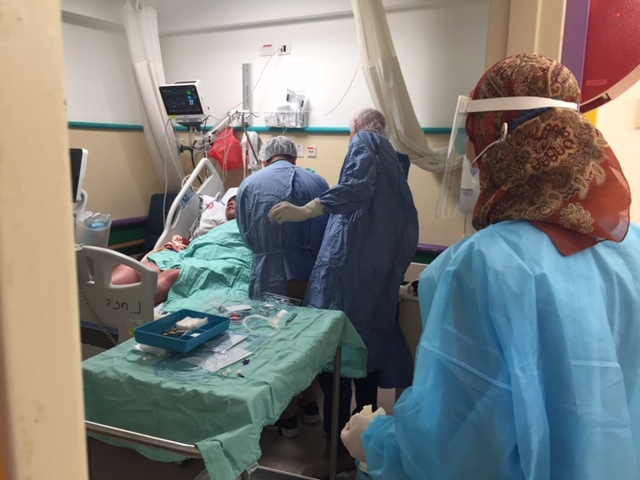 It was a miracle that God opened the door at Schneider Hospital where they accepted him just in time for his arrival this morning!

We met them at the airport. Faruq is not in a good condition, looking very tired and was needing transport in a wheel chair. Thankfully we could go immediately to the cardiac unit at Schneider Hospital. 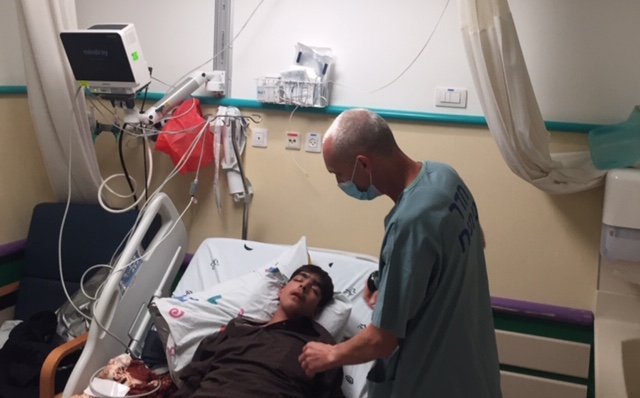 There was a very helpful lady in the International Health department, as we are not familiar with working with this hospital.

Farooq was taken good care of today by the doctor and nurses there, who performed assessments, including an echo. We hope tomorrow to know more about what treatment could be available for him. He is in a bad condition, with extremely swollen legs and belly, having back pain. We need to pray for this boy; he is a teenager, fourteen years old, and we need to pray that God will give him new life. It is very sad to see him so sick. 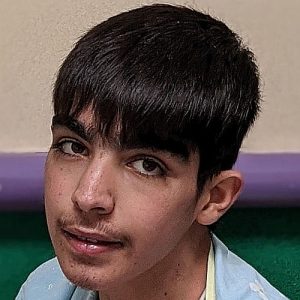 Farooq is a thirteen year old child from Kurdistan, northern Iraq diagnosed with Tetralogy of Fallot.

Farooq does not yet have a local leader to advocate for prayer and financial support for his surgery.

As of right now, Farooq still needs $9900 toward surgery and related expenses.