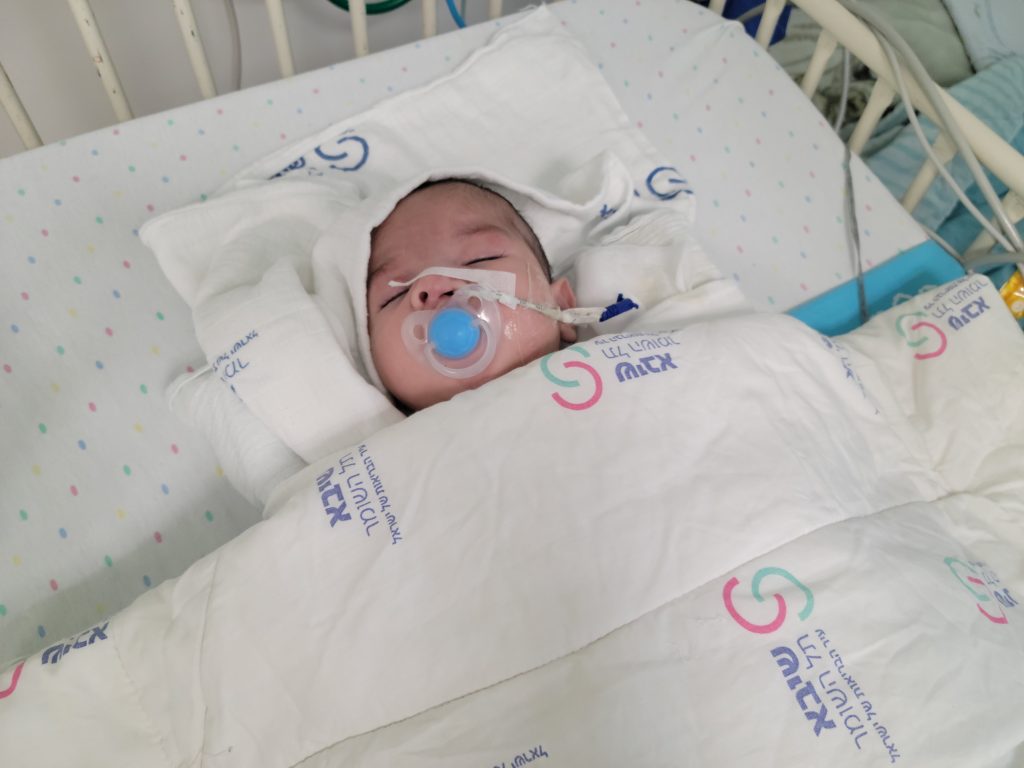 Sweet little Musa was sleeping peacefully when I found him in the secondary Pediatric ICU of Sheba hospital. This is good news because his condition is continuing to improve.

His grandmother was very friendly and said that they were both doing well.

There are no plans of discharge in the foreseeable future for Musa due to his not eating well. Please continue in prayer for him, that God would continue to heal him. 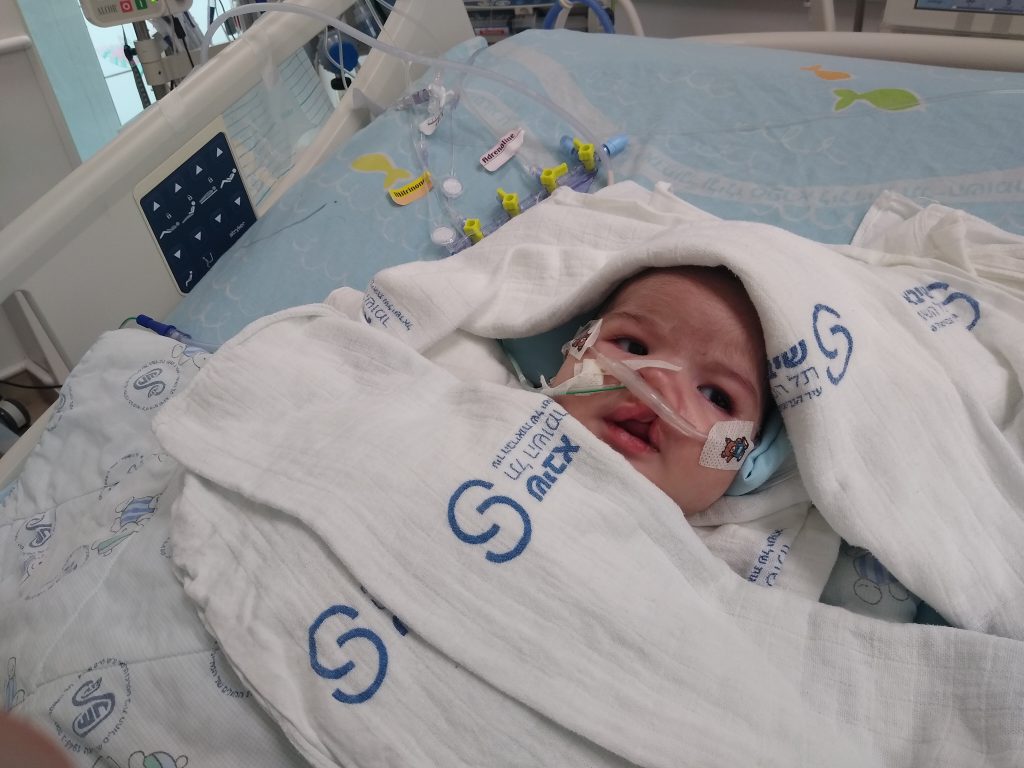 I went to Sheba Medical Center Pediatric wing today to see Musa. Musa’s grandmother was excited to tell me that Musa had been extubated and was breathing on his own! She hurried me to his room so I could see for myself, and she had the biggest smile the whole time I was with her.
Musa is doing well after his surgery, and his grandmother is looking forward to taking him home to his parents, who are very excited to see him.
We don’t know yet when he will be discharged, but it’s good to see him recovering well and we pray discharge will be soon.
Hide Comments Show Comments 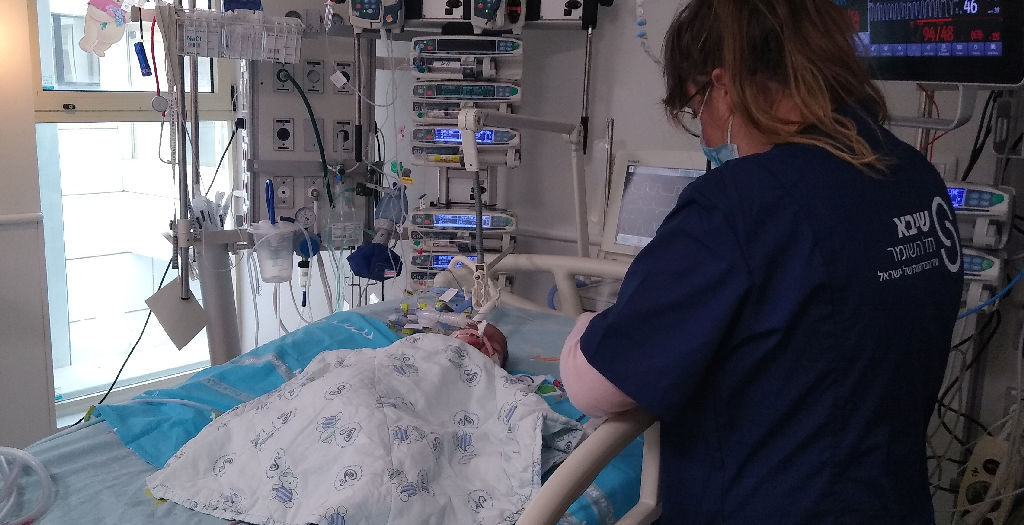 Musa is recovering in the ICU at Sheba hospital after his surgery yesterday. Overall, he’s doing well. He is still intubated at the moment. Doctors tried to remove the oxygen tube yesterday, but Musa still needs it. They will try again tomorrow.
Musa’s grandmother is doing a wonderful job taking care of him. She told me today that she loves Musa like her own son, and this is evident in the care she gives him.
Hide Comments Show Comments 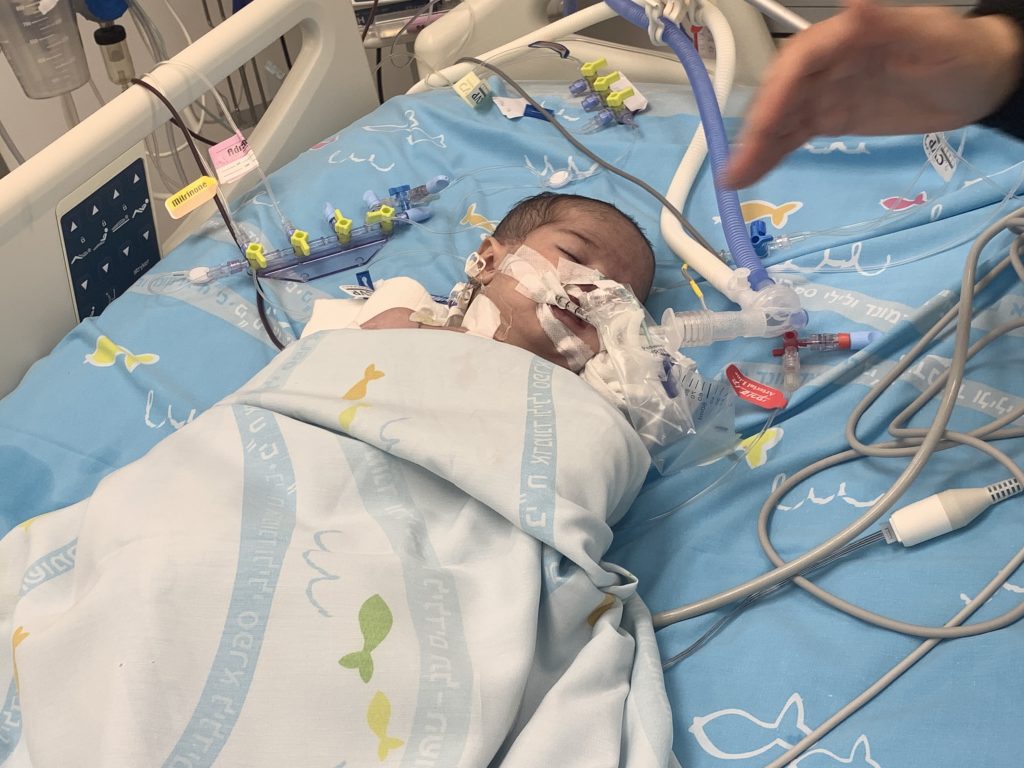 At Sheba Medical Center today, the unexpected right ventricle surgery for Musa was a success. We praise God the doctors found out about the need for this surgery before Musa and his grandmother left for Gaza.

Musa’s grandmother was very worried during the surgery, but after the surgeon told us everything was fine, she cried over the good outcome. She said her concern for Musa is as though he were her own child, and it really touched my heart to see her caring so much for precious Musa. 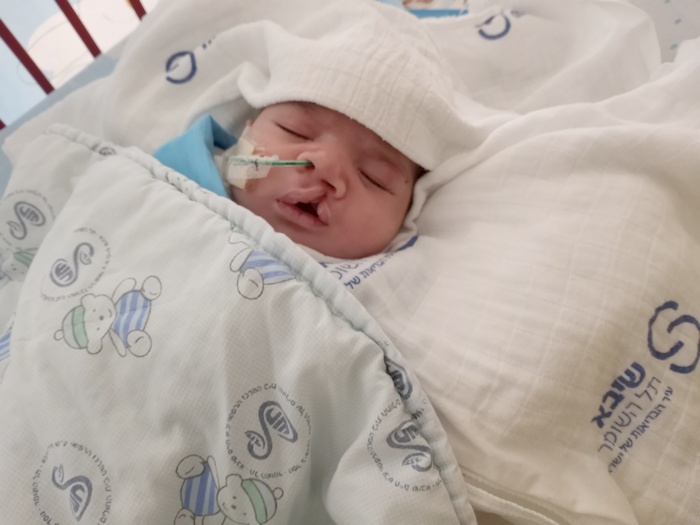 We thought Musa was on the cusp of going home to Gaza, but this week his cardiologist ordered a CT scan, and yesterday after it was done, the doctors decided he would need a second heart surgery.

When I learned this today his grandma was very anxious that he would again go to the OR, but at the same time I couldn’t help but appreciate and admire God’s sovereignty in delaying Musa’s return to Gaza such that he could have this CT scan and have the doctors see the need for another operation.

He currently has a fever, but once this has passed he will be able to go to surgery. 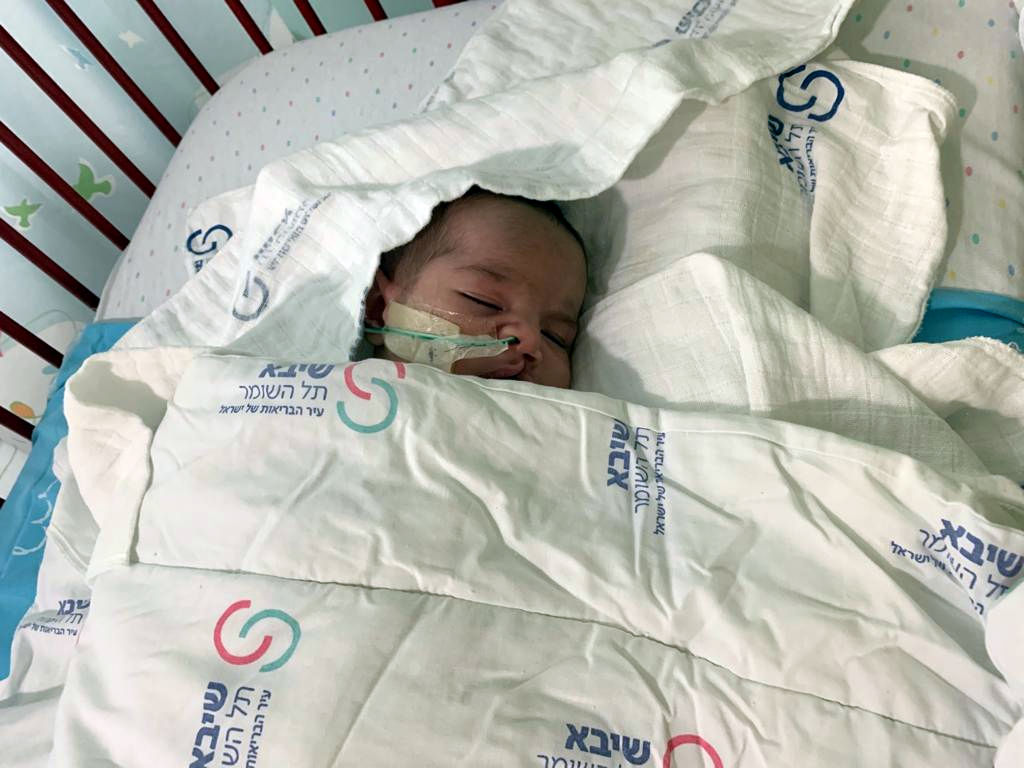 Coworker Ella and I visited Musa at Sheba Hospital today and he is doing really well. He’s still waiting in the hospital to go home.

He needs a special feeding pump to be able to go back to Gaza however. When he has the pump, and if he is still doing well, then he can return home.

We mustn’t forget Musa’s grandmother. She has been very patient in the waiting and is very caring for her grandson. 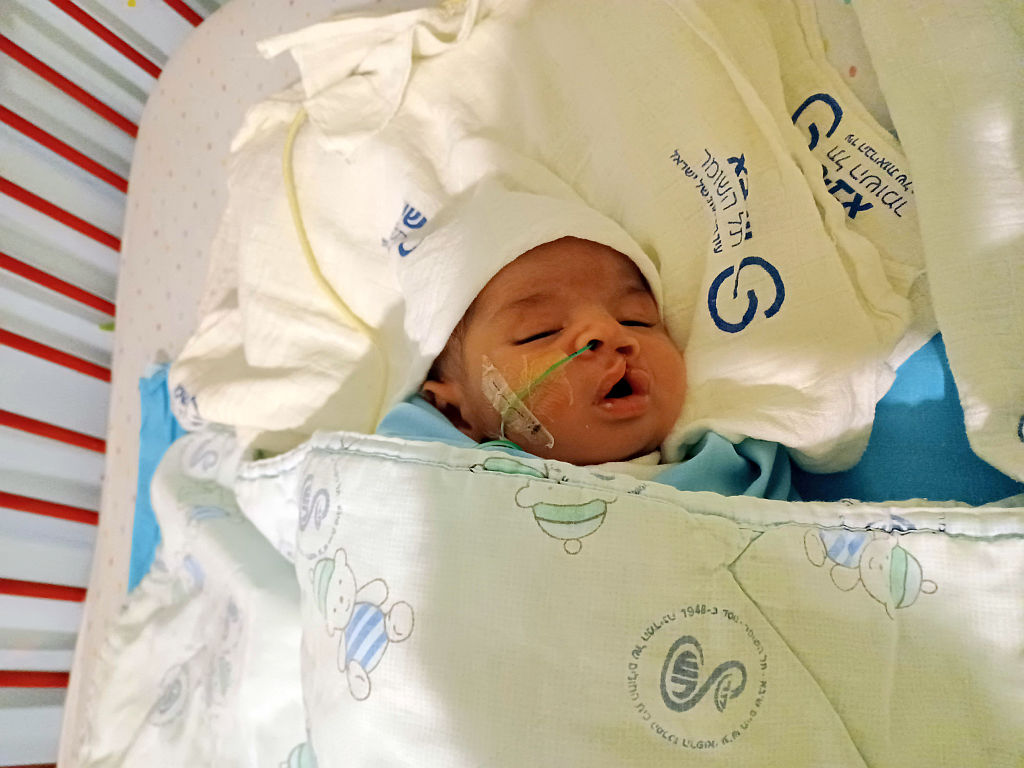 Musa is doing well. He had an echo at Sheba hospital today, which showed that his heart is okay. Musa is just waiting until he has gained more weight. Then it is safe enough for him to go home.
After a while he will have the surgery for his lip, but this is a concern for later.
Hide Comments Show Comments 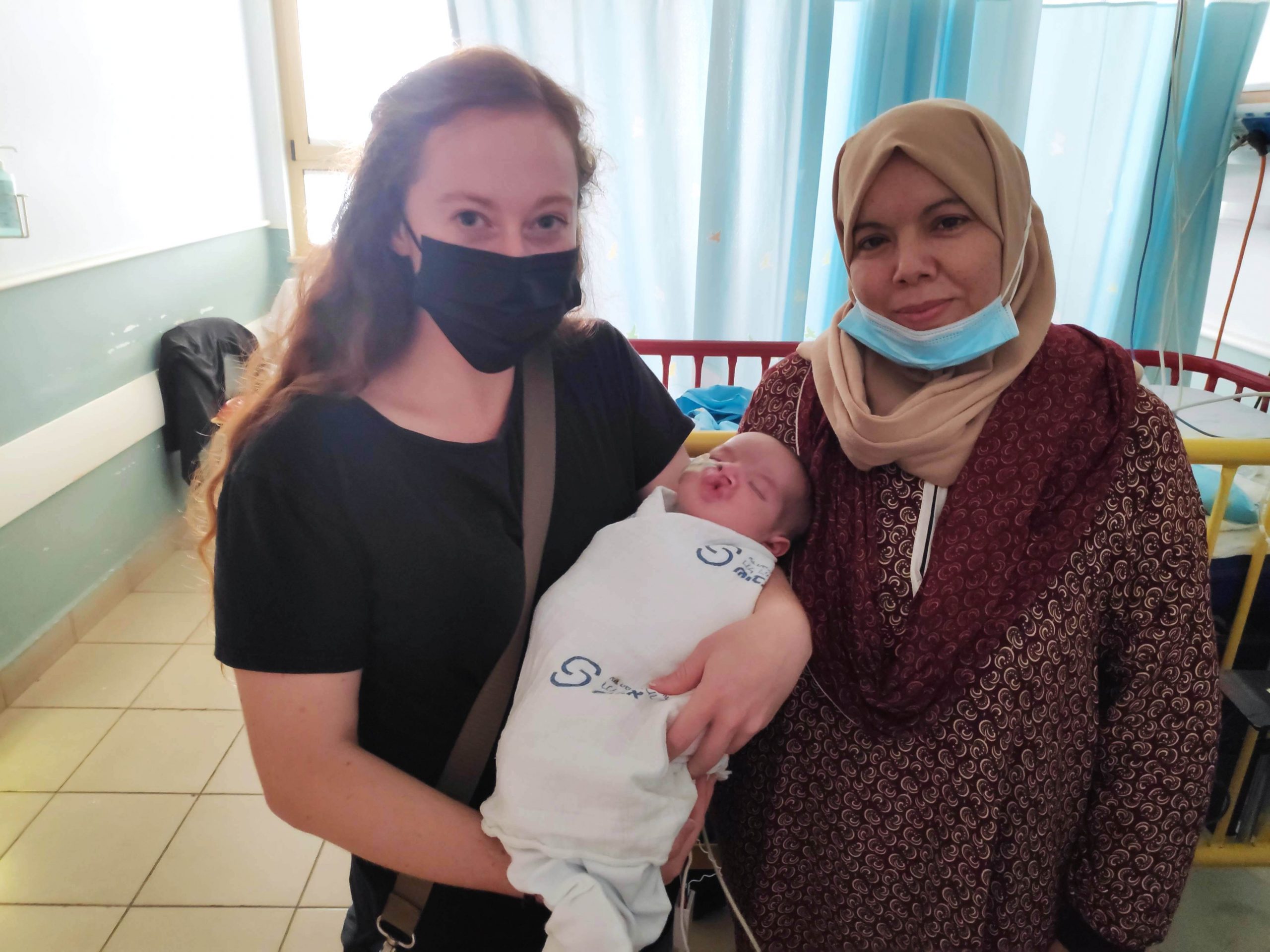 Today coworker Alena and I went to Sheba Hospital to visit cute baby boy Musa and his lovely grandmother.
Musa’s grandmother seems really tired. Alena offered to bring her some coffee and to hold Musa for some time, as he was crying a bit.
So we got some coffee and went back to her room, where Alena took this cute boy in her arms. He felt really comfortable and was falling asleep immediately.
During the weekend, Musa got moved out of the Pediatric cardiac ICU to the normal ward, which is nice because that means he is in a better condition. Your prayers are still appreciated though, as he is still waiting for his surgery.

Please pray also for continued strength for his grandmother as it is not always easy for her, but she is doing a great job with taking care of her beloved grandson.

Tiny Musa is recovering slowly but well after his surgery at Sheba hospital last week.
Today, we were able to bring him a special bottle that will help him eat until he has surgery to correct his cleft lip.
His grandmother is taking very good care of him and is eager for him to have this next surgery. Please pray that Musa will continue to recover well and can be extubated soon.
Hide Comments Show Comments 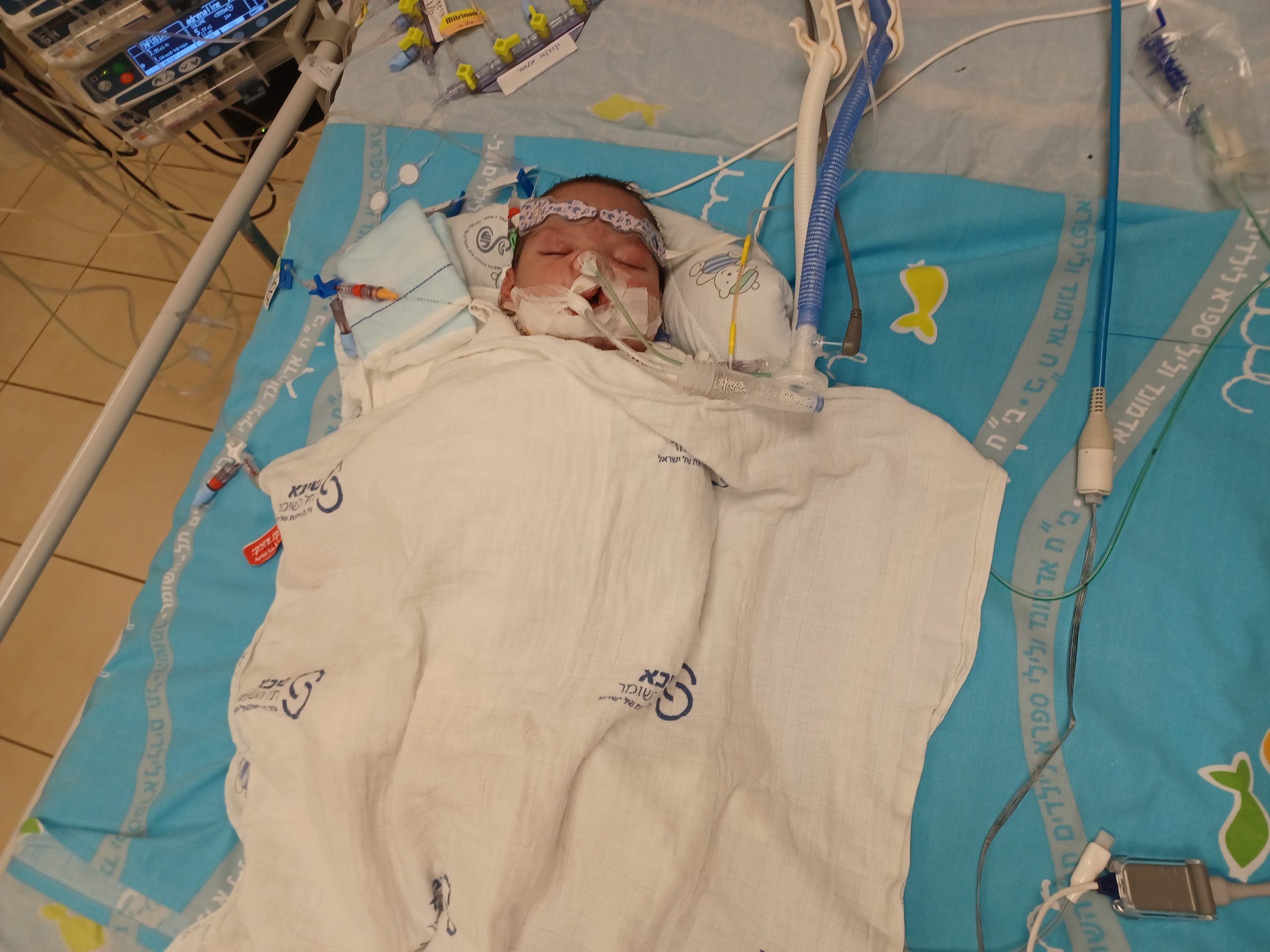 Yesterday, Musa had his surgery at Sheba Medical Center after some time of waiting. The surgery went really well. Better than expected. Praise the Lord!
Musa is still intubated and he will need some time to recover. But for now he is stable.
Thank you Lord for your blessing over Musa. Please keep praying for him.
Hide Comments Show Comments 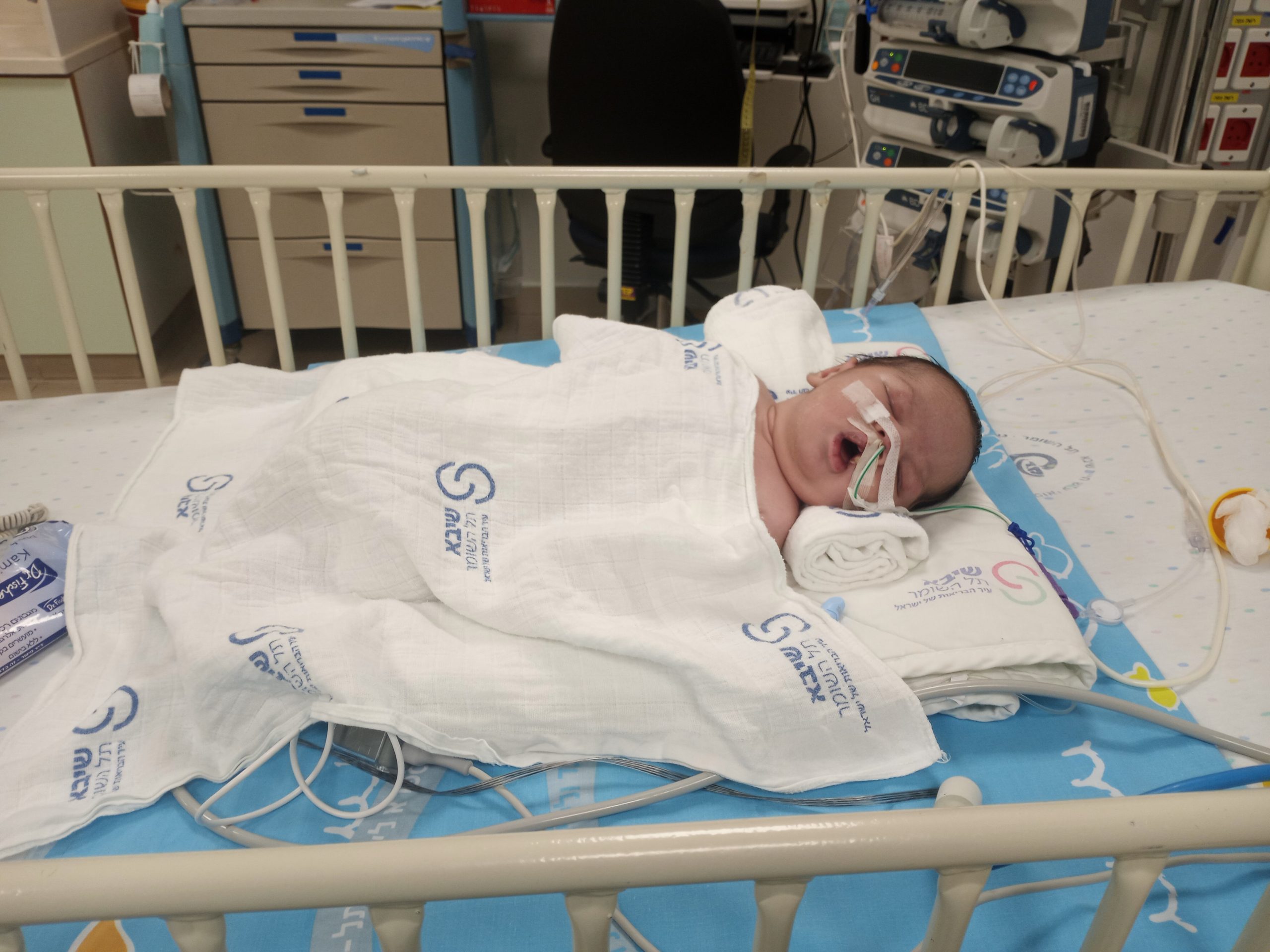 Musa was scheduled for surgery at Sheba Medical Center yesterday, but he had another fever, so it is postponed now until Wednesday.

Please pray that his fever would not come back and further delay his surgery. His grandmother is with him and she is faithfully by his side, even when he has sleepless nights.

He is now on a different floor, the Pediatric Cardiac ICU, and he has been extubated, which is a change from when he first arrived. Please keep praying for this lovely boy.
Hide Comments Show Comments 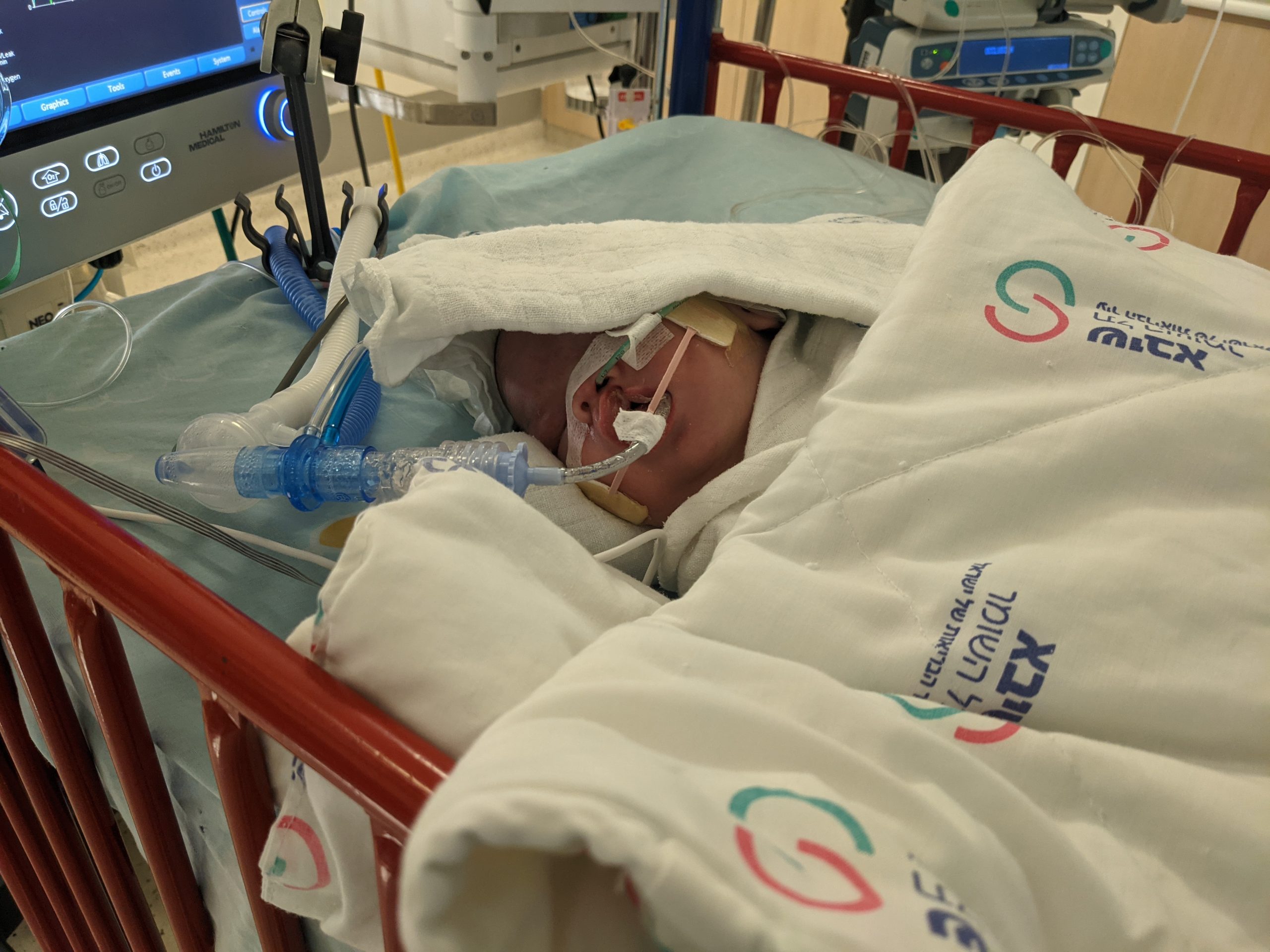 Musa was scheduled for surgery today, but it was postponed due to an infection in his blood. He’s receiving antibiotics and the doctors hope he can have surgery later this week.
Please pray that the infection will clear up quickly so they can move forward with his operation.
Hide Comments Show Comments 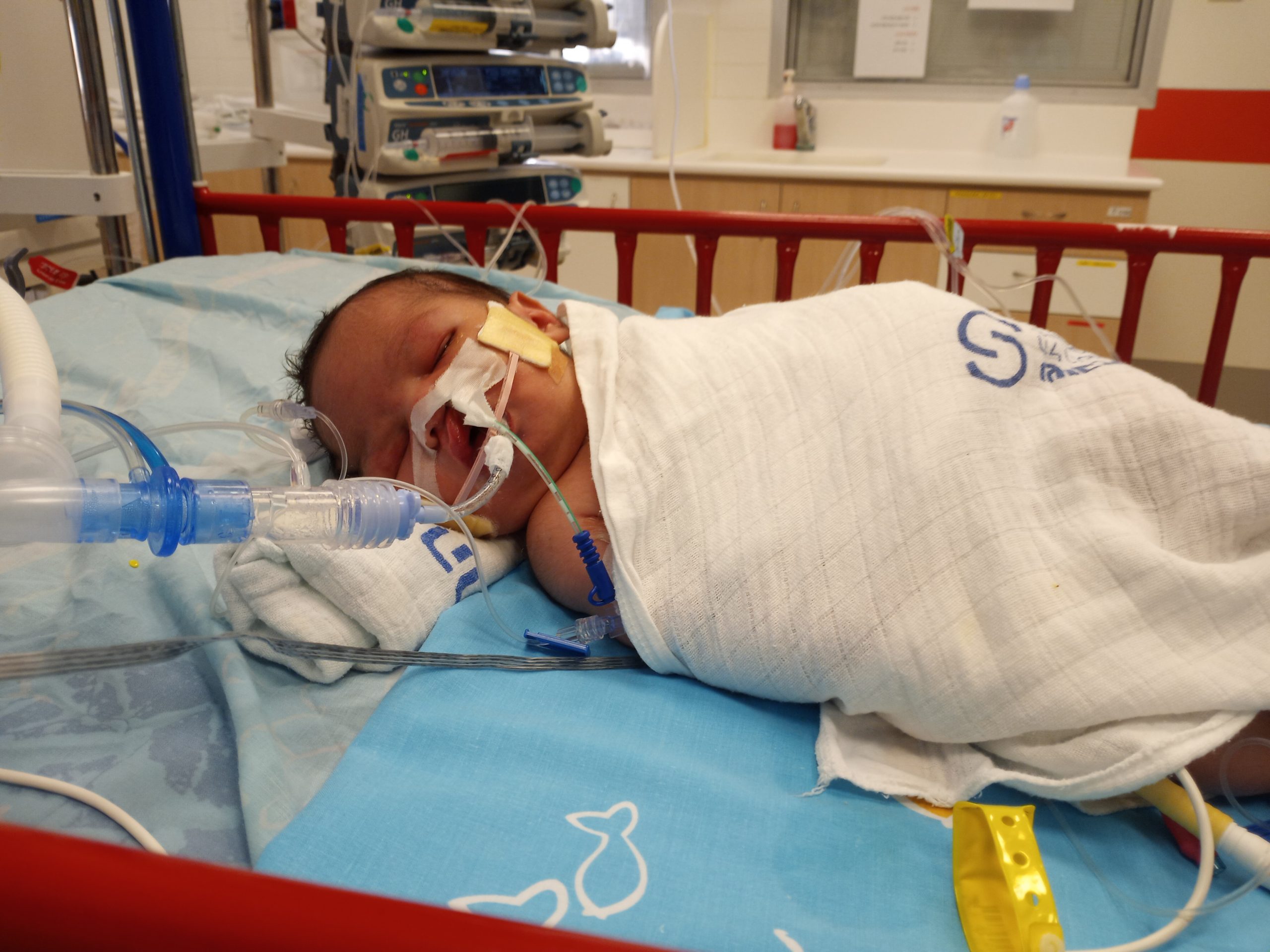 Musa is a new patient from Gaza; his family has been waiting many years to have a child, so he is the first for his parents, his grandmother told me today. 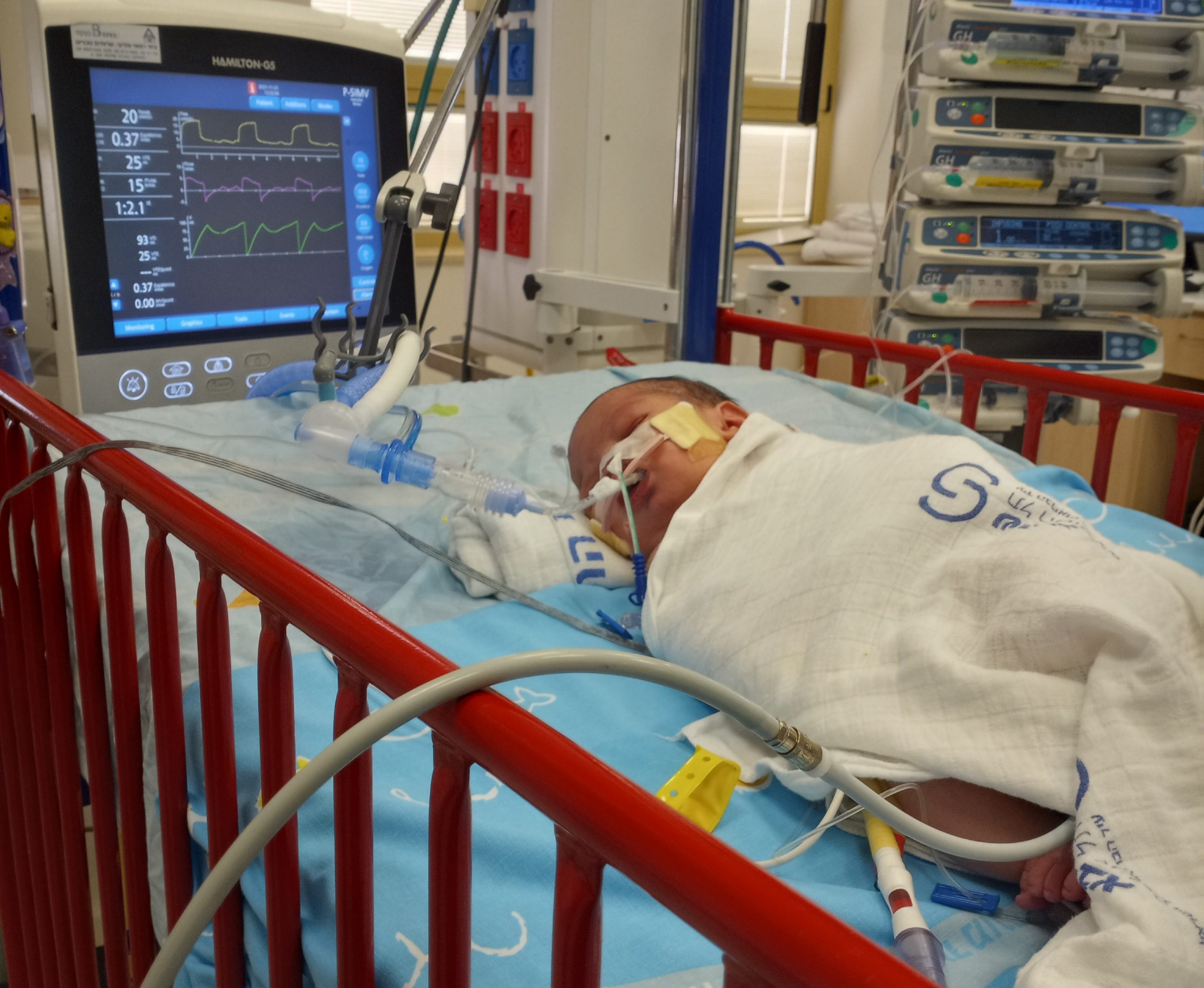 He arrived on Friday and is currently with a medicine to keep a small hole in his heart open in order to supply blood to the lungs. God willing he will have surgery on Tuesday.
Musa’s grandmother is a very lovely lady, an educational therapist. I showed her around the ICU as she adjusts to this new place. Please be praying for both of them this week.
Hide Comments Show Comments 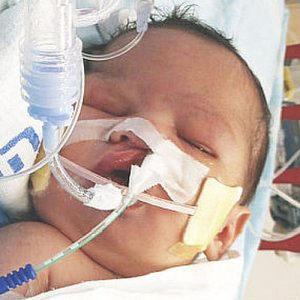 Musa is a week old child from the Gaza Strip diagnosed with Tetralogy of Fallot.

Musa does not yet have a local leader to advocate for prayer and financial support for his surgery.

As of right now, Musa still needs $9000 toward surgery and related expenses.