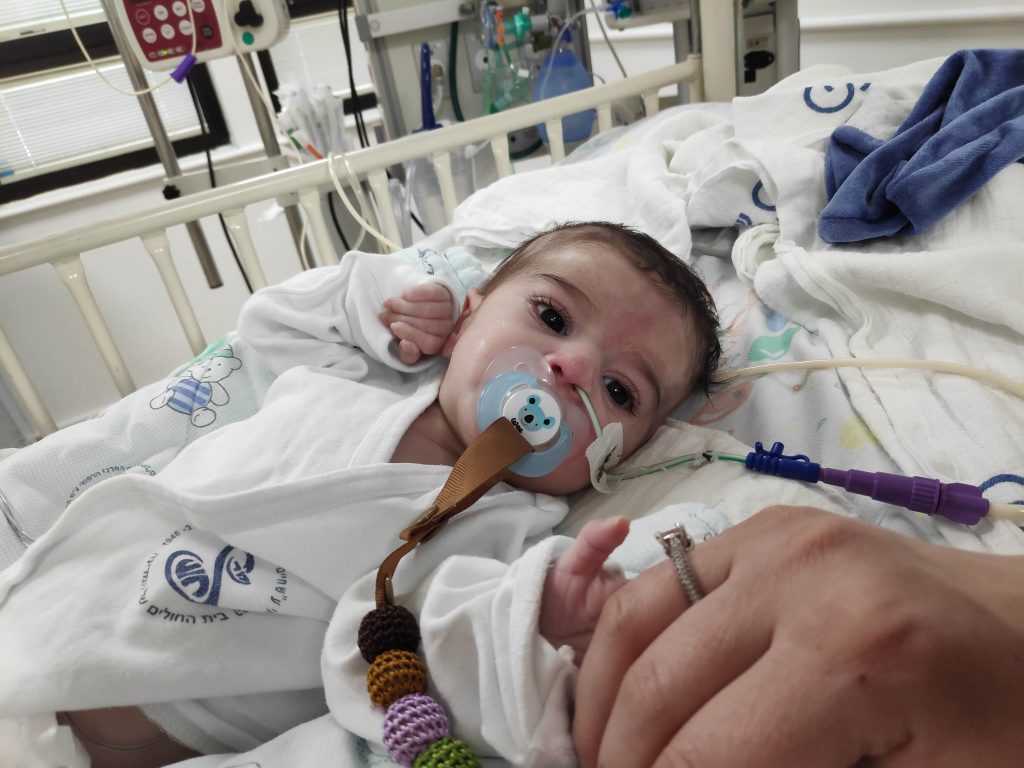 Rohat had an MRI in Sheba hospital on Sunday because he was weak and it took him longer than it should usually take a child to wake up after his surgery.

Today the results of this MRI scan have been discussed with Rohat’s mother. The neurologist said that Rohat’s neurological development is not in the condition of a normal three month old child, they suspected as much but confirmed it today. The doctors do not yet know if it is a temporary or permanent problem.

However, he has improved in the last two days.  They still want to keep Rohat in the hospital and continue to monitor how he develops. It is important now to give him time and it needs to be silent in his room and not too much light. Rohat still needs to have his second heart surgery at around two months, but for now it is not urgent.

It was one of the first times today that I saw this cute boy awake after his surgery. He is a really sweet boy with beautiful eyes. His mother is a lovely and funny woman and is by Rohat’s side all the time as she doesn’t want to leave him alone. She is taking the best care of her beloved son. In general, she is a good-minded and it is nice to spend time with her. She is quite worried about Rohat’s neurological condition and therefore not so happy anymore.

Please pray for her to trust in God in the whole situation and for Rohat to recover well. 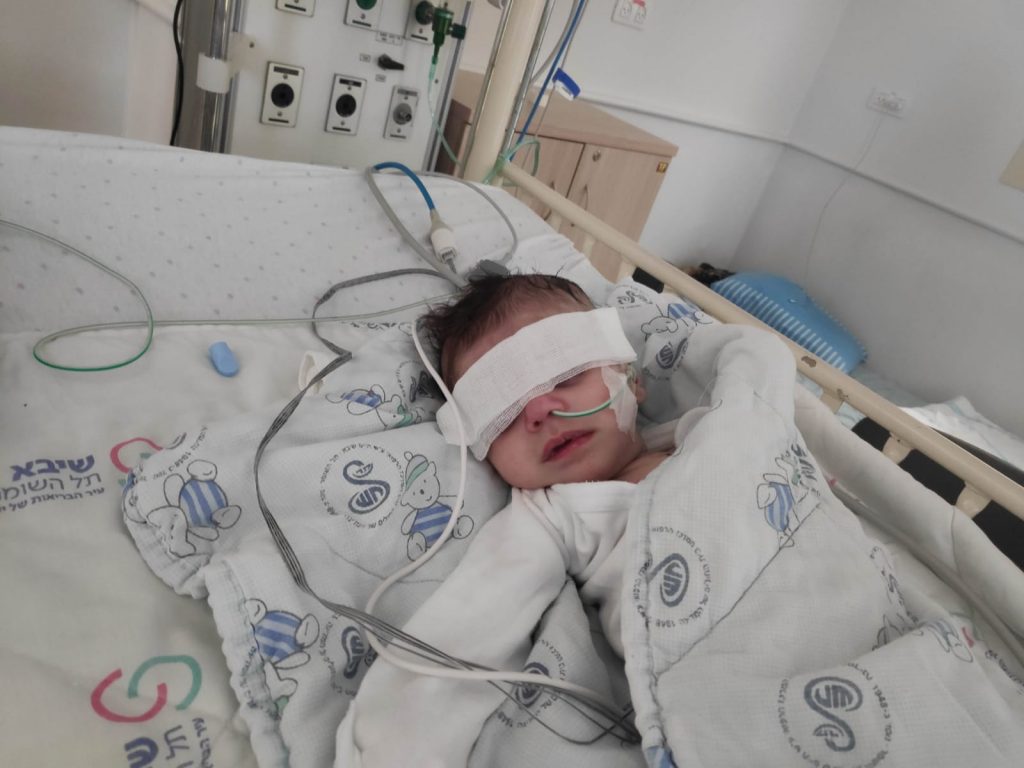 Over the last few days in the Sheba Hospital Pediatric ICU, Rohat has been waking up and becoming more alert without the sedation medication.

His mother was a bit worried because he cried all day yesterday and much of this morning, but the doctor in the ICU told me this is actually a good sign because it means he’s awake and responding normally.

Even so, the doctors are a bit concerned about Rohat’s neurological state, so they will do an MRI on Sunday to check and make sure everything is okay. God willing, they will proceed with his second surgery next week.
Hide Comments Show Comments

When I visited Rohat this morning at Sheba Hospital I found him wide awake and breathing on his own! His mom was excited to tell me he’s beginning to eat again and doing very well. The doctors plan to perform the second stage of his arterial switch next week after he’s had a little more time to recover from the first surgery. 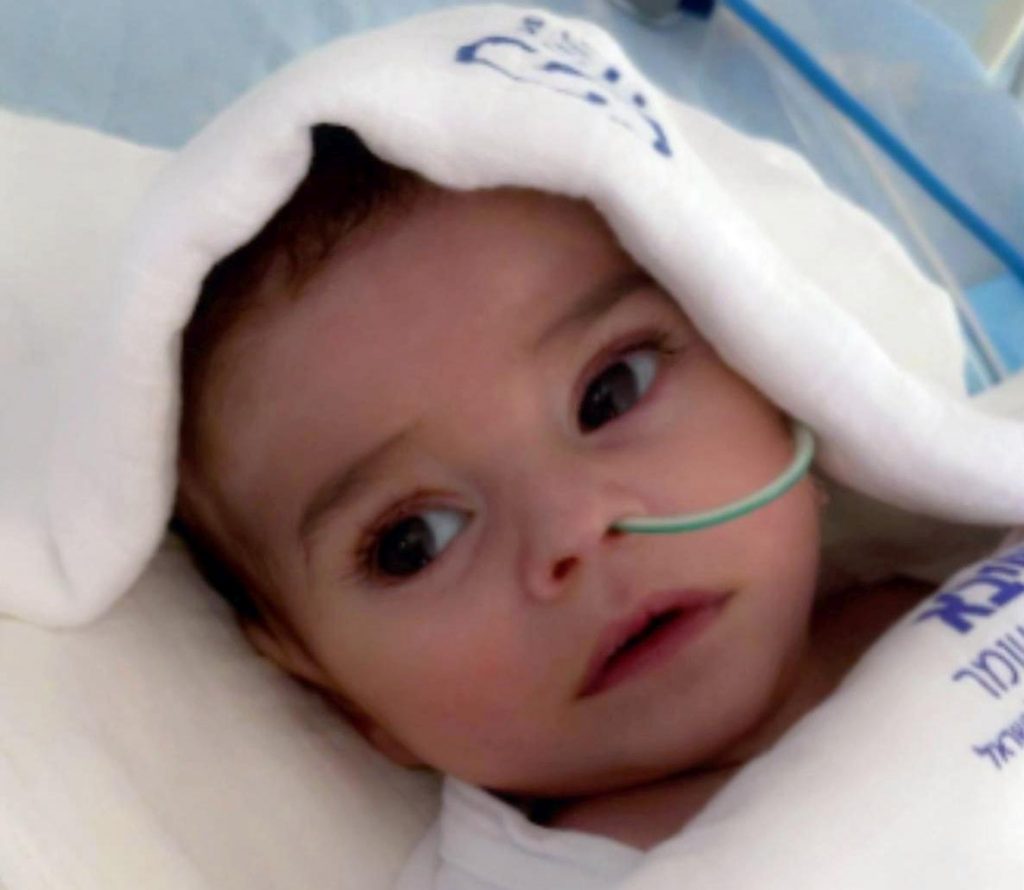 Rohat’s mom is a lot of fun to be with, and I’m glad to see she’s in good spirits waiting for the next surgery. She’s very excited that Rohat’s awake now and responding to her. 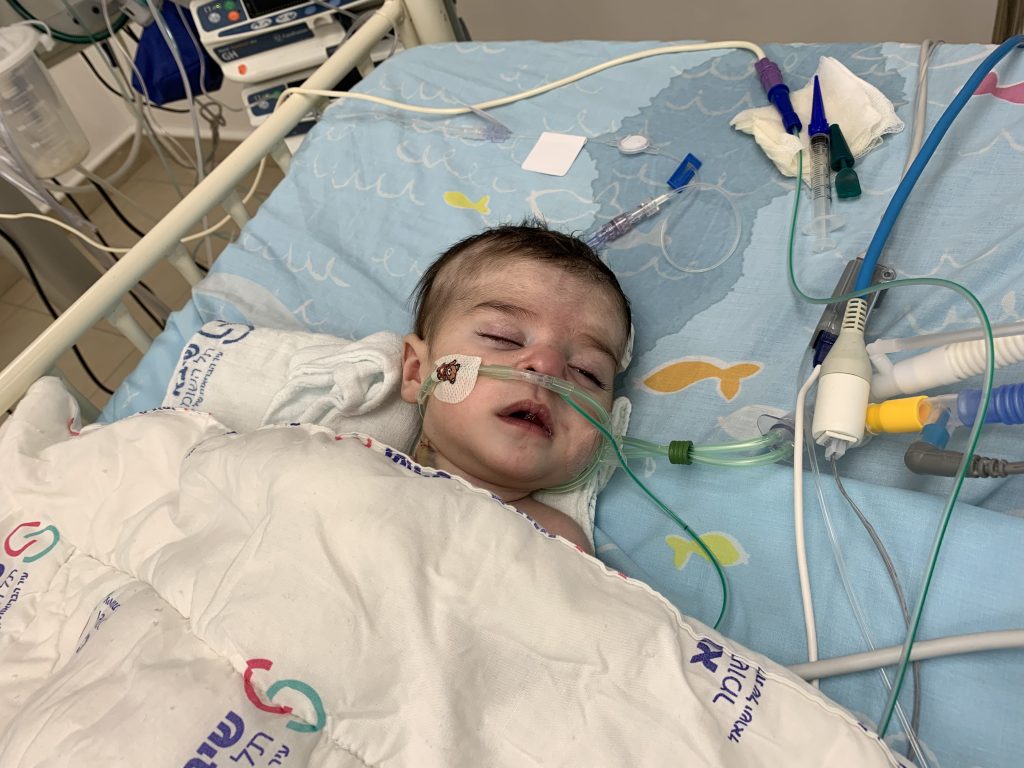 Rohat is improving. The sedation medication will be decreased so that Rohat will be more awake. He also needs less oxygen and the doctors want to try to feed him today. Rohat’s other medication levels are also being a bit decreased.

All in all, everything is looking better than it was for little Rohat and the doctors are happy for this development. Rohat’s mom is also much relieved with Rohat’s improvement. Rohat will be ready for his second surgery soon hopefully.

Please pray for continuing improvement and for a successful upcoming surgery. 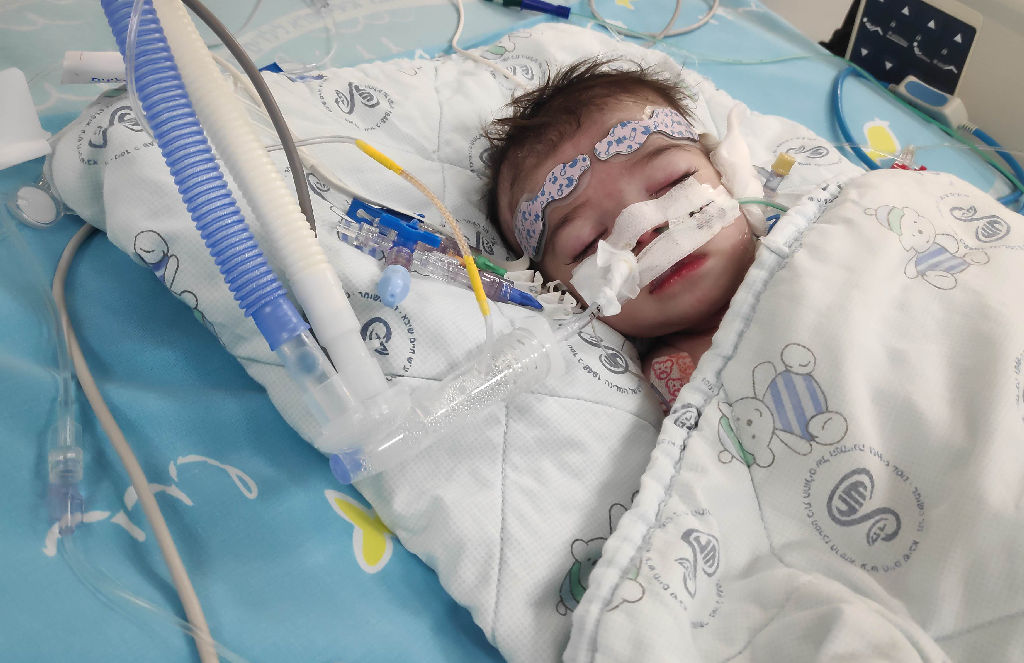 I visited cute Rohat and his mom in the Sheba Hospital Pediatric ICU. I saw that her beloved son is still intubated. That is normal after the surgery Rohat had yesterday.  Even before the surgery, he was intubated for quite a long time, because of his virus.
He is doing well overall after his surgery yesterday. His mother was in a good mood and would just like to know when he is having his next surgery and after that, how long they will have to remain in the hospital.
I told her that no child is like the other child and no surgery like the other and no recovery like the other, so I don’t know and the only one who does know exactly is God.
That being said, let us pray that she might know that as well and that she continues to be the lovely and patient woman that she has been until now.
Pray for healing over Rohat’s precious little life.
Hide Comments Show Comments 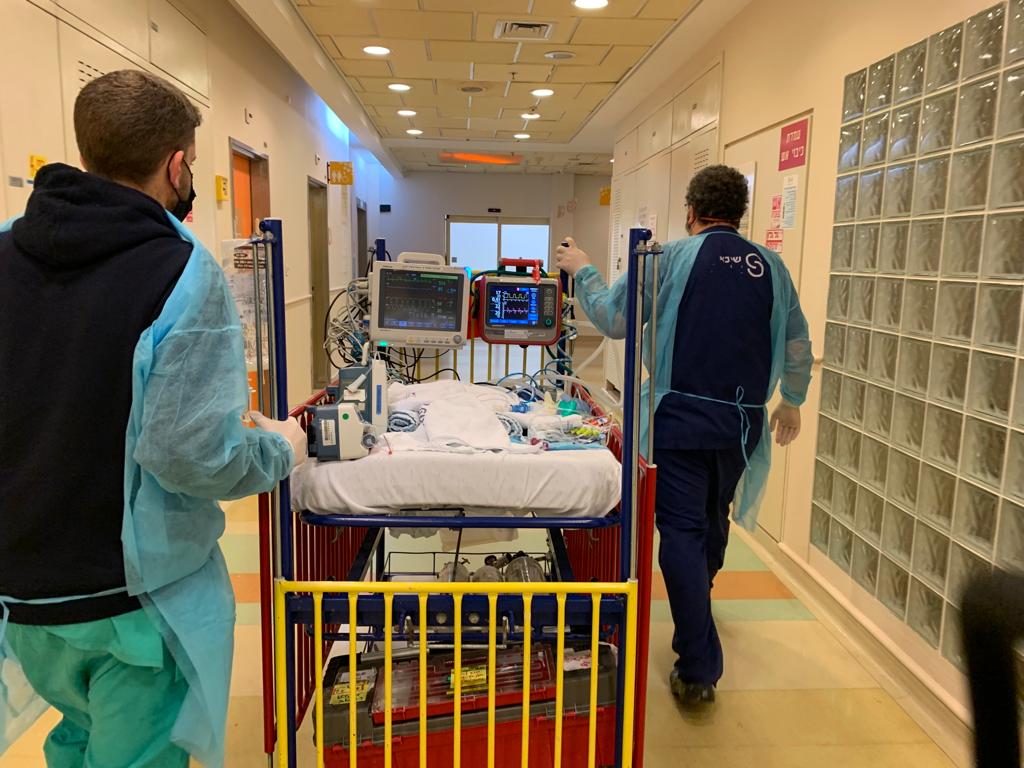 After three weeks in Sheba Children’s hospital fighting a virus, little Rohat went into surgery today to correct the transposition of his great arteries.

After beginning the operation, the doctors decided that the full transposition surgery was too dangerous for Rohat at this point. What was planned to be a one-stage correction of his condition, turned into a preparatory surgery in which the doctors placed a BT shunt and a band on the pulmonary artery to prepare Rohat’s heart for the big surgery. God willing, the second operation will take place within two weeks.

Rohat’s mother was initially very anxious when the surgeon came out to explain that they could not complete the big surgery as planned, but the doctor reassured her that this will be better for Rohat.
For much of the time during the surgery, Rohat’s mom was surrounded by other mothers of children in the ICU, who were so kind and encouraging to her. 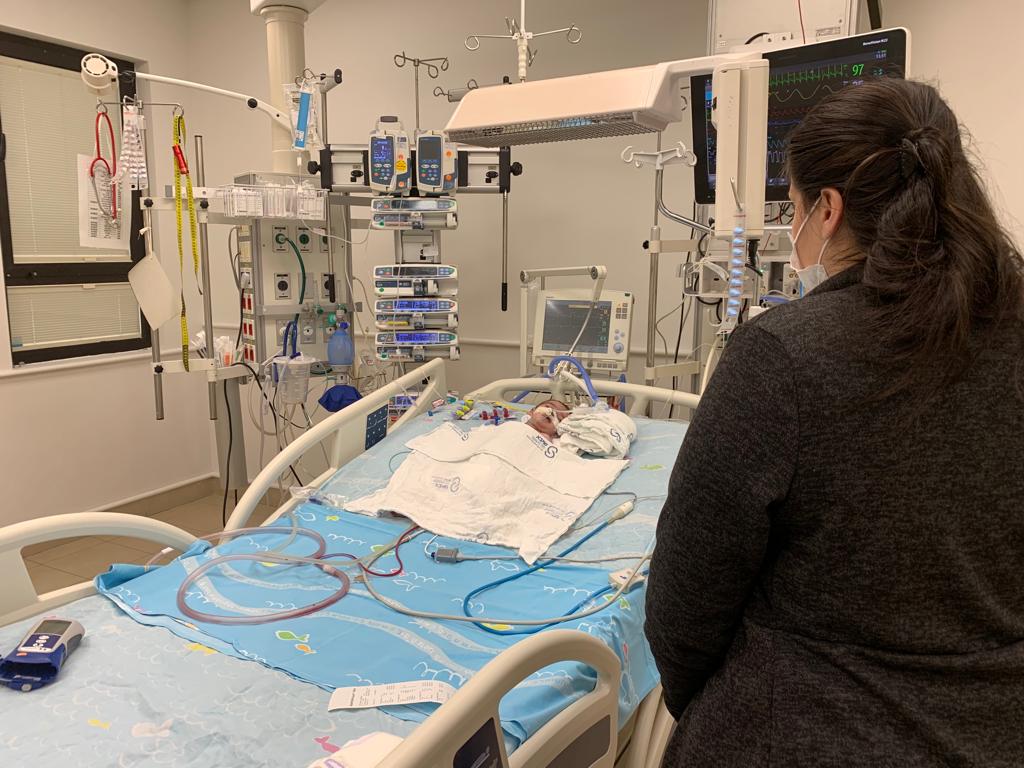 Praise God for a successful surgery! Please pray that Rohat’s heart will be strengthened by the interventions today and will have been made ready for the big surgery in a couple of weeks.
Hide Comments Show Comments 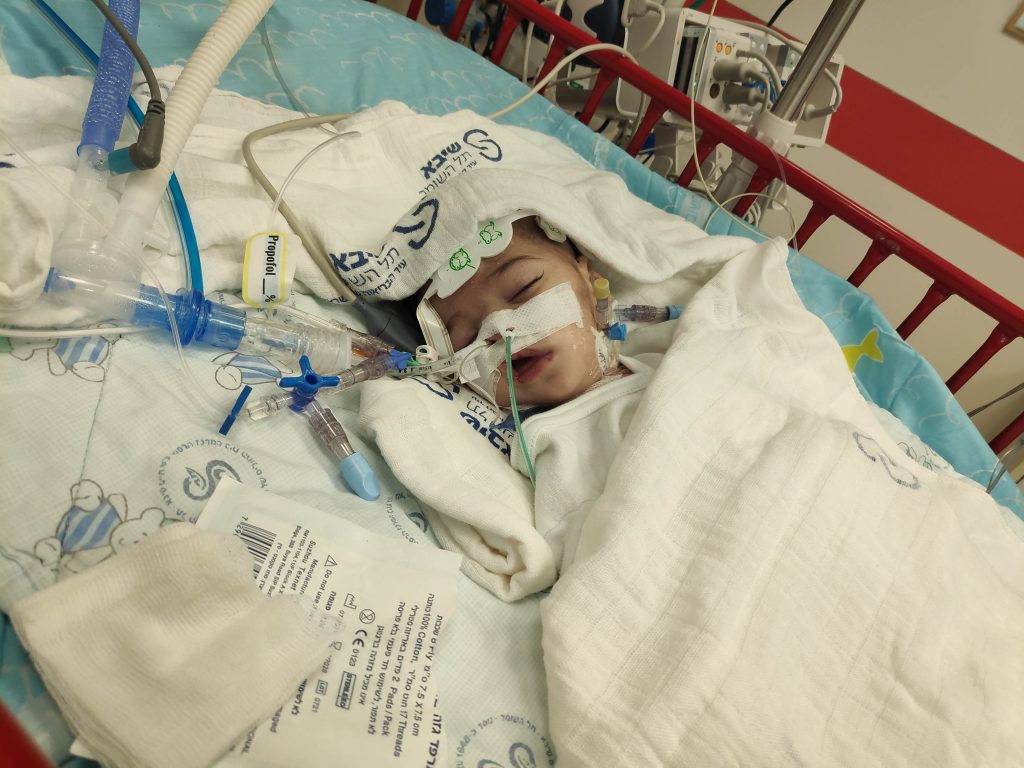 Little Rohat looked very peaceful today when I visited him at Sheba Medical Center. Sleeping in his tiny hospital bed.

He is still fighting the virus, but the hospital is trying to extubate Rohat tomorrow and if he is able to breathe on his own, without needing oxygen, they will wait until he has recovered from the virus to have the surgery.

If he can’t breathe on his own, they want to attempt the needed surgery this week. Rohat’s mother is aware of the situation and keeps a positive outlook. She is adjusting well to the hospital and was joking a bit today. She seems to be a funny mother.

Please keep praying for her and her cute beloved son Rohat. 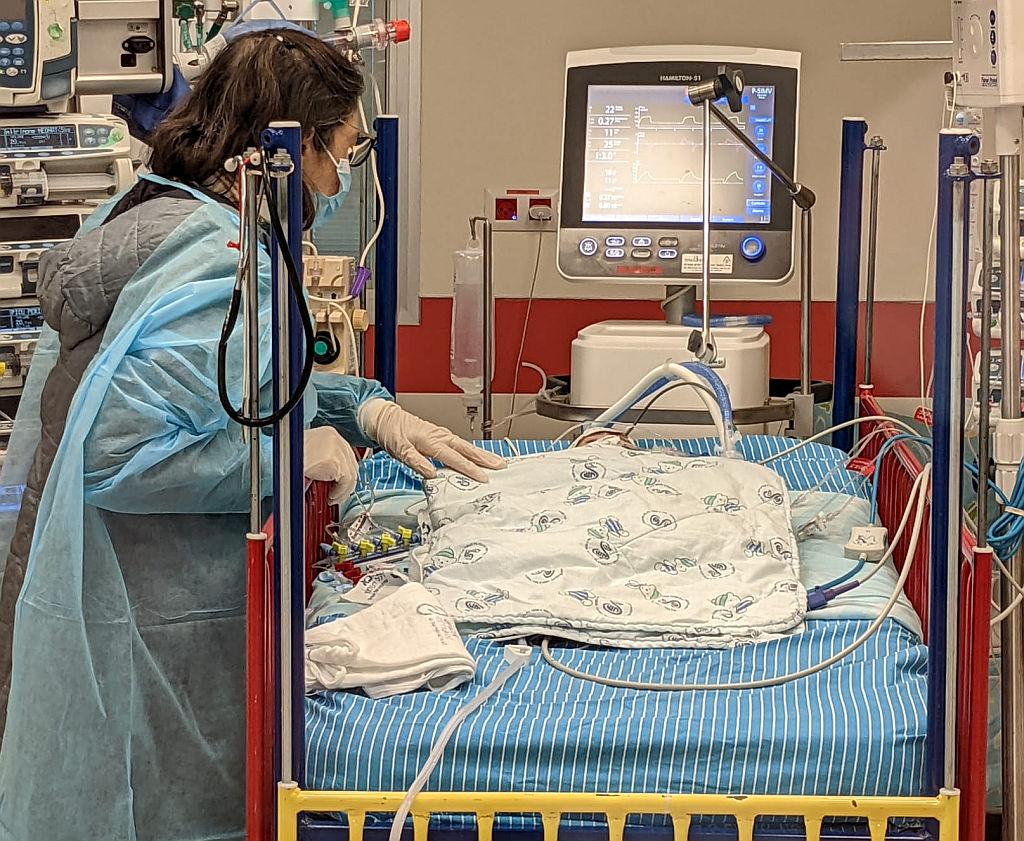 Coworker Margarita and I visited little Rohat in Sheba Children Hospital’s Pediatric ICU. He was hardly visible in the hospital bed. 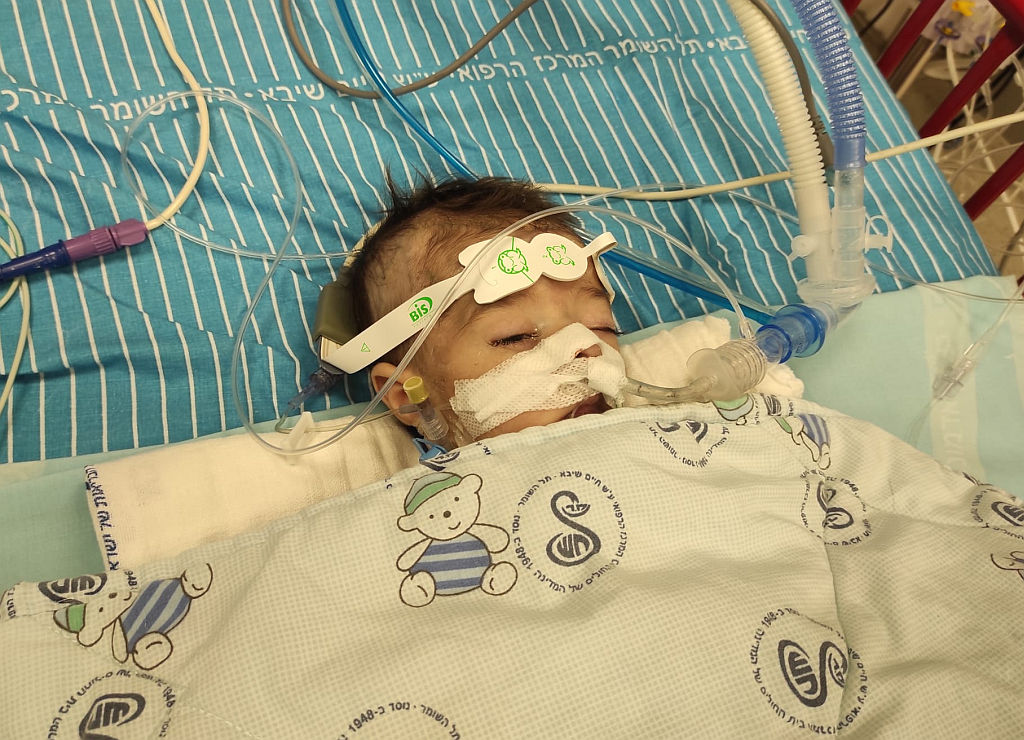 Margarita got a closer look.

Rohat was given a chest x-ray today, other than that, there has not been much change for him.

Doctors cannot say exactly how long it will take the virus Rohat has to run its course, but hopefully once they see the virus is getting better, they can extubate him.

Please pray for Rohat and pray for patience for Rohat’s mom who has been in the hospital one week now, and Rohat still not recovered from this virus yet. 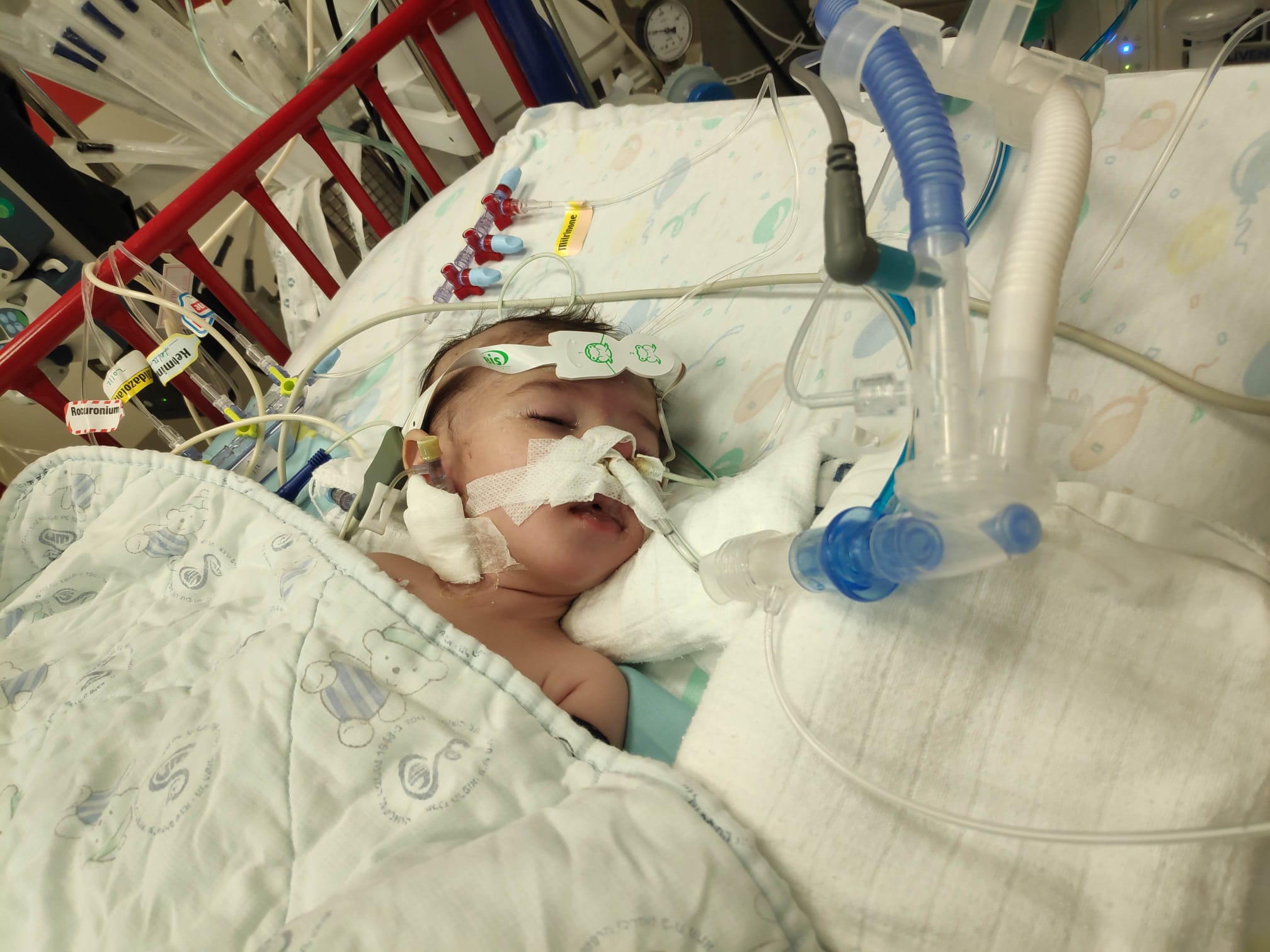 Finally doctors at Sheba Children’s Hospital discovered what kind of virus Rohat has and are now able to treat him appropriately. The Virus is called RSV. The doctors are suggesting to postpone Rohat’s surgery until he overcomes the virus.

Please pray that Rohat is well very soon and for patience of his mother. 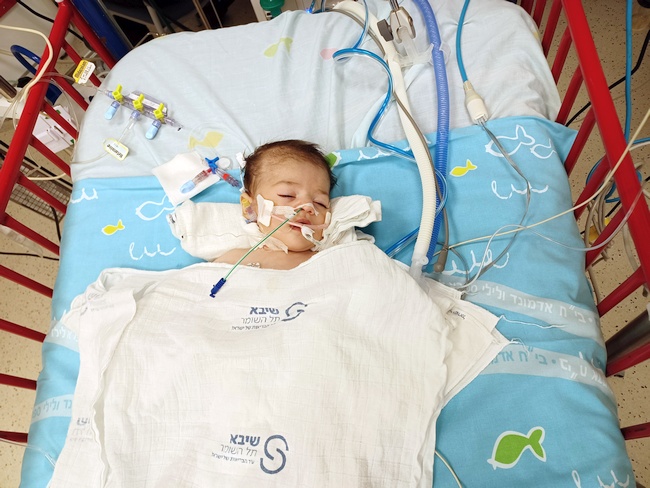 Rohat was placed on a ventilator today. There was a problem with his lungs, so the doctors needed to intubate him.

After running a couple of tests, the doctors think he has a virus. It will take a while for the body to heal from the virus, so they will keep Rohat intubated until the virus is gone.

The good news is that the heart is not worse then before. So there are no changes in that area, thank God.

Please pray for this little boy. And also for his mother who is very concerned. 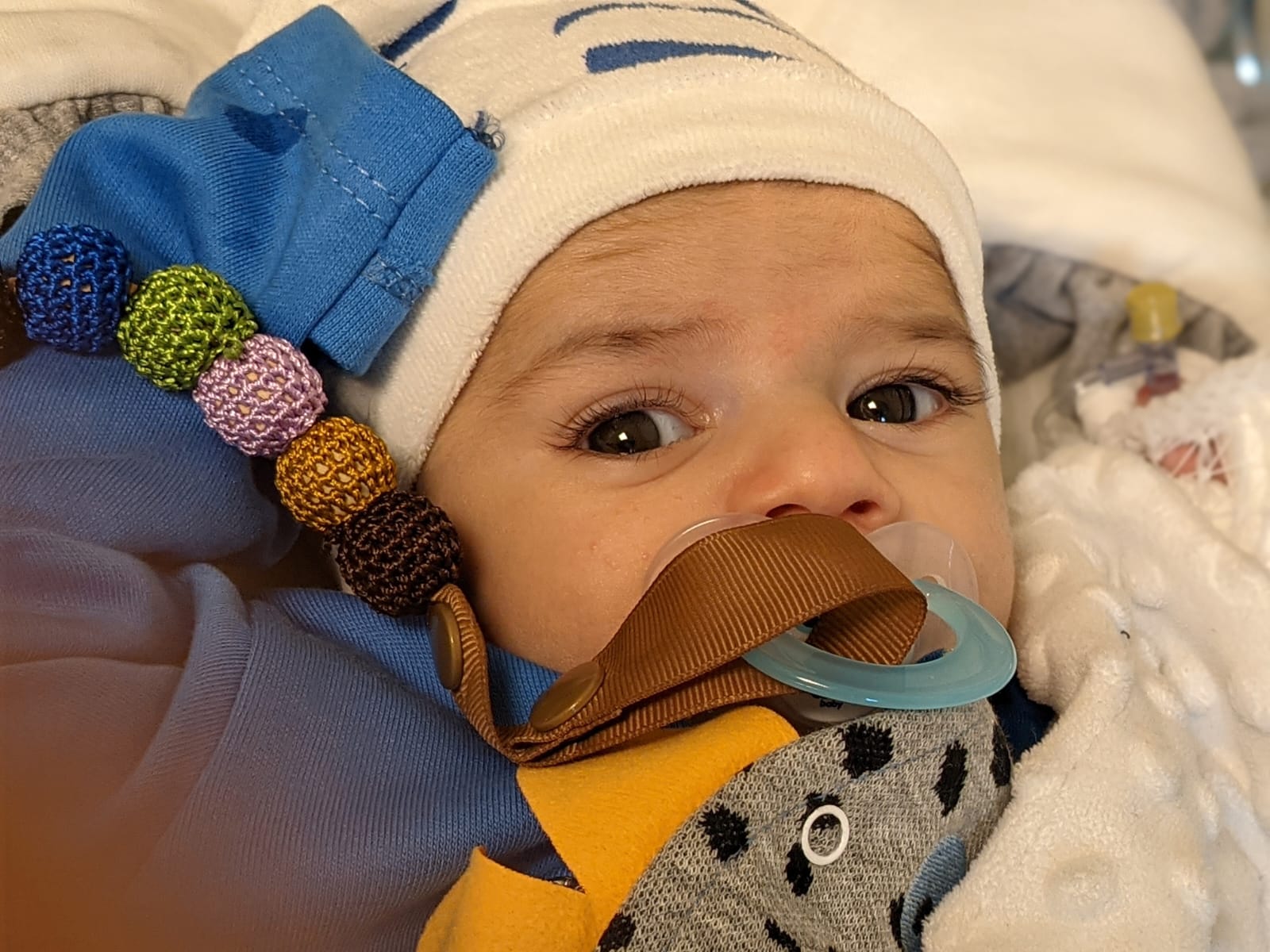 Little Rohat was having some difficulty with his feeding and breathing while still in quarantine at our Jerusalem Guesthouse which became more acute during the evening on Friday. 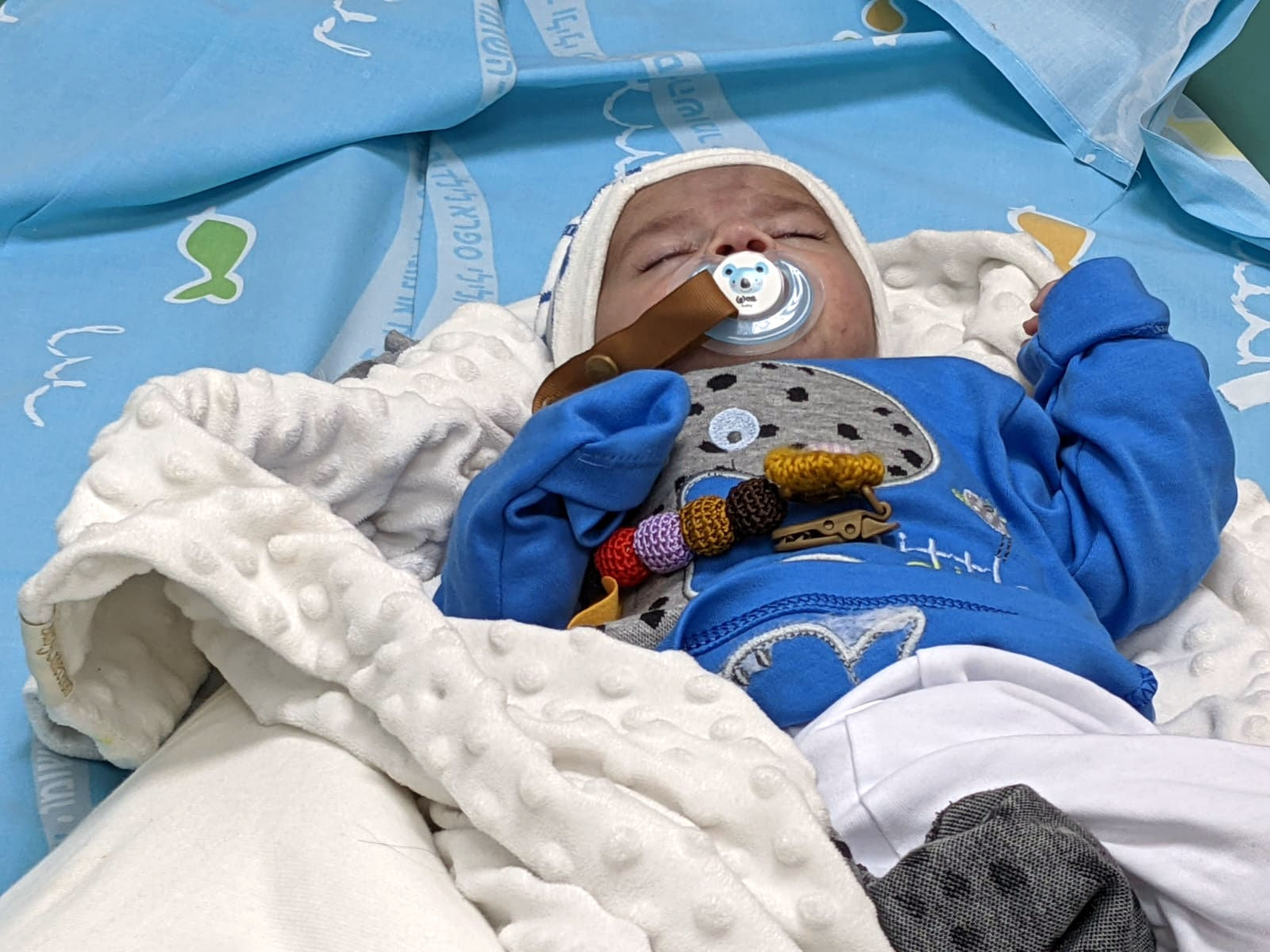 Coworker Jonathan and I brought him and his worried mother to the Sheba Pediatric ER at about 7:00 Friday night, where Rohat was given thorough and immediate care in every quarter. 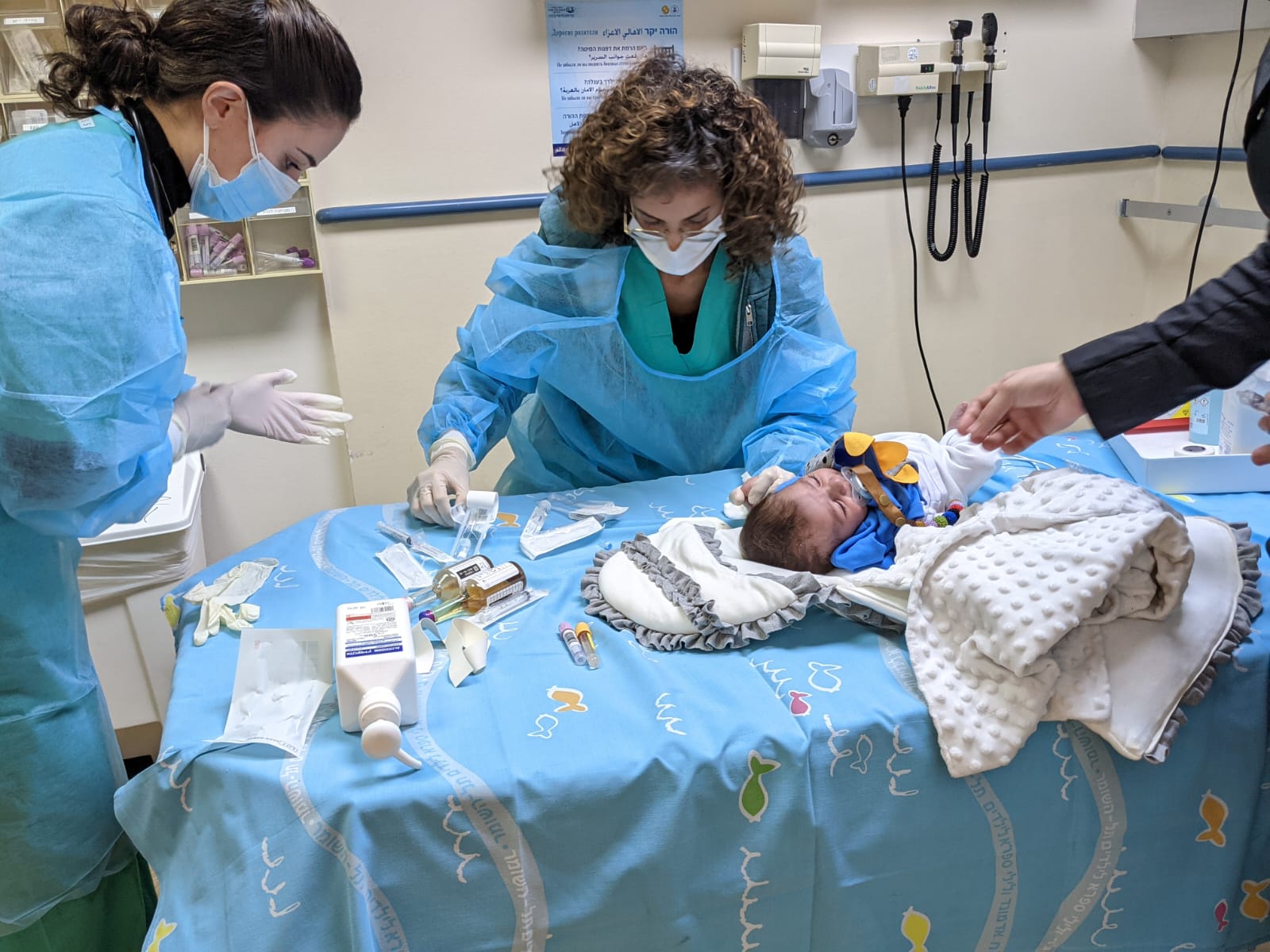 They began with a blood test to determine the existence of a possible virus or bacteria causing some respiratory distress, 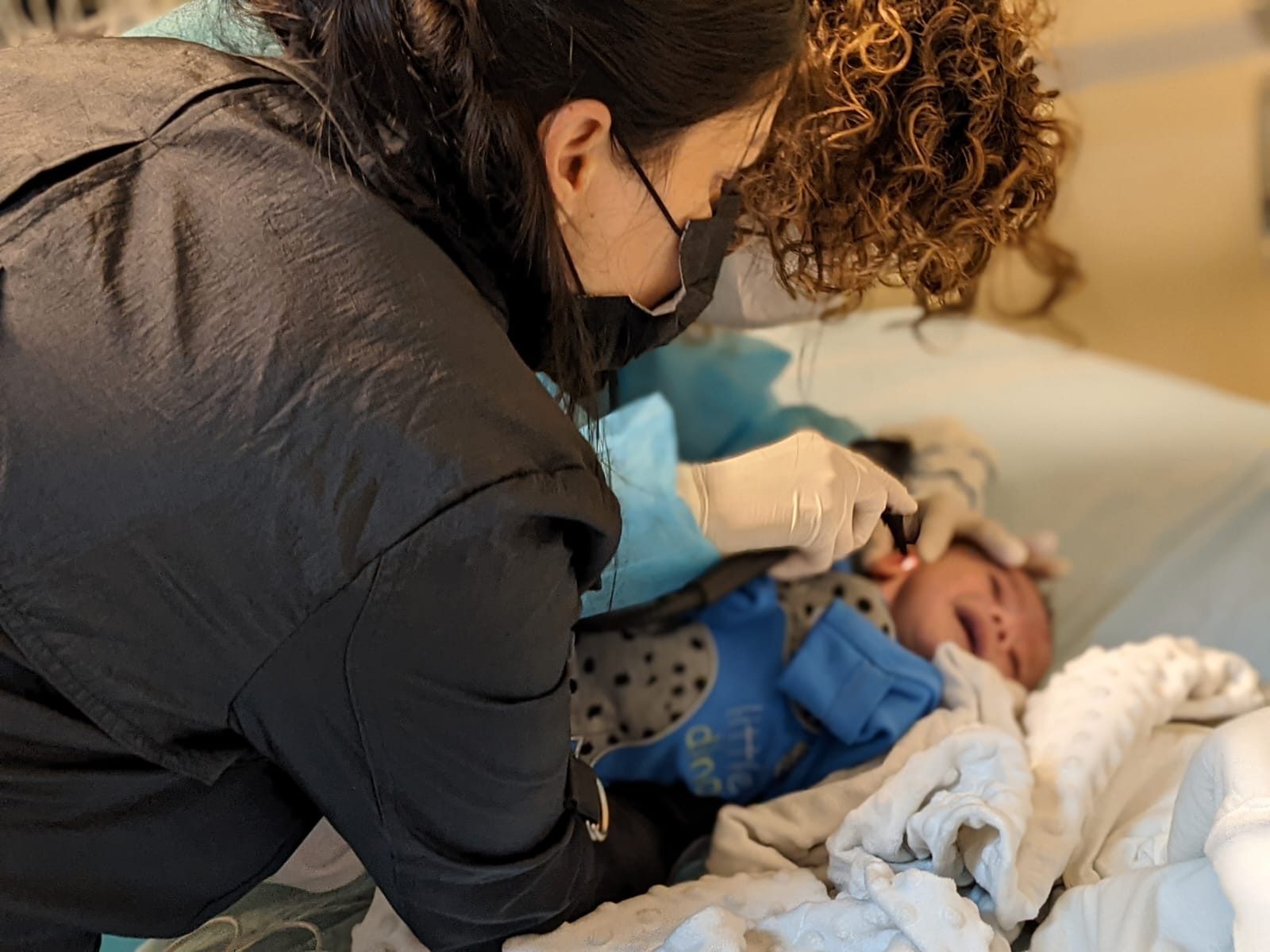 followed by an ear and throat exam, a chest x-ray, and an IV drip containing sugar and salt was ordered as an electrolyte restorative measure. 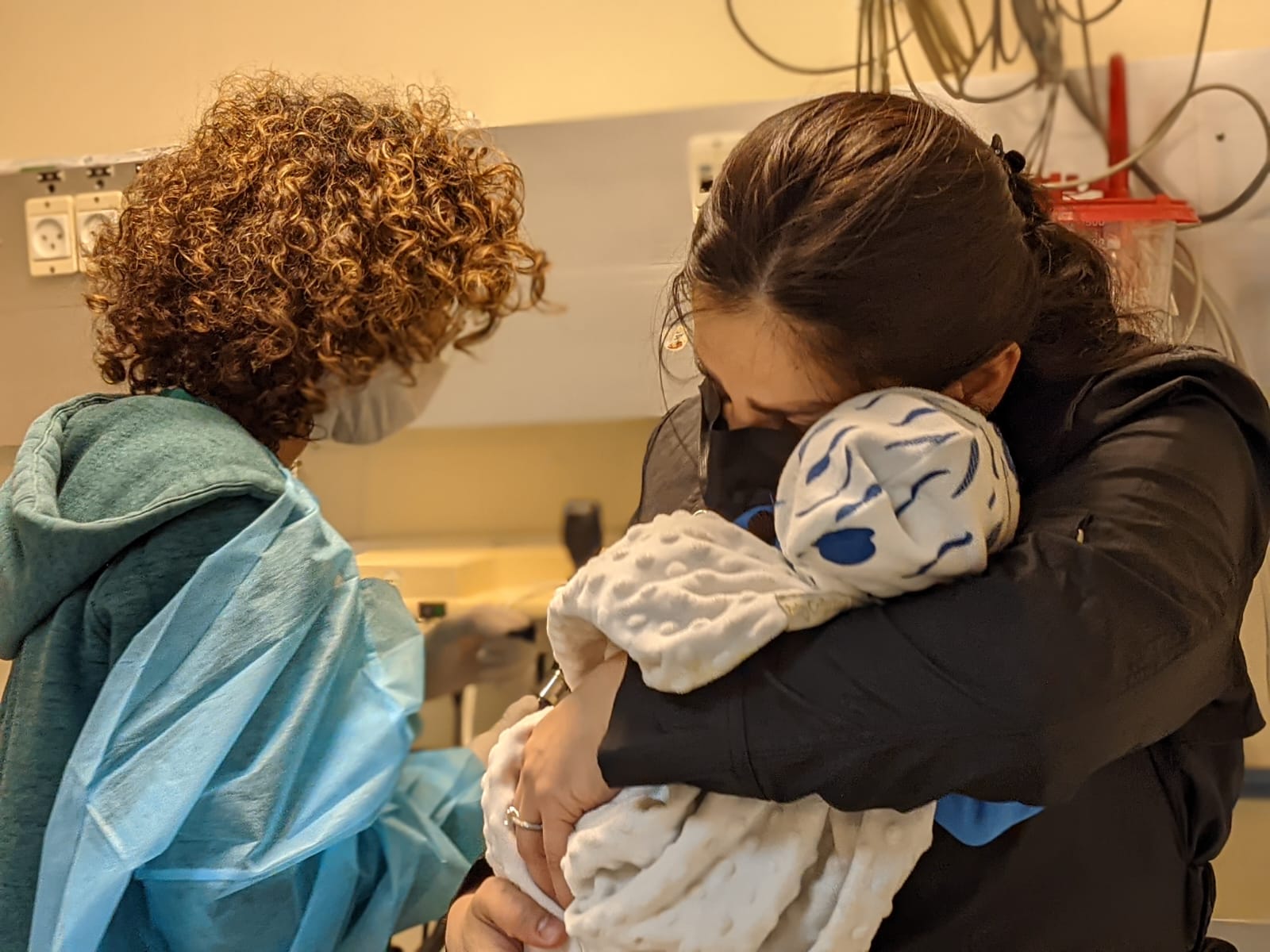 He was then wheeled away to the intermediate ICU. 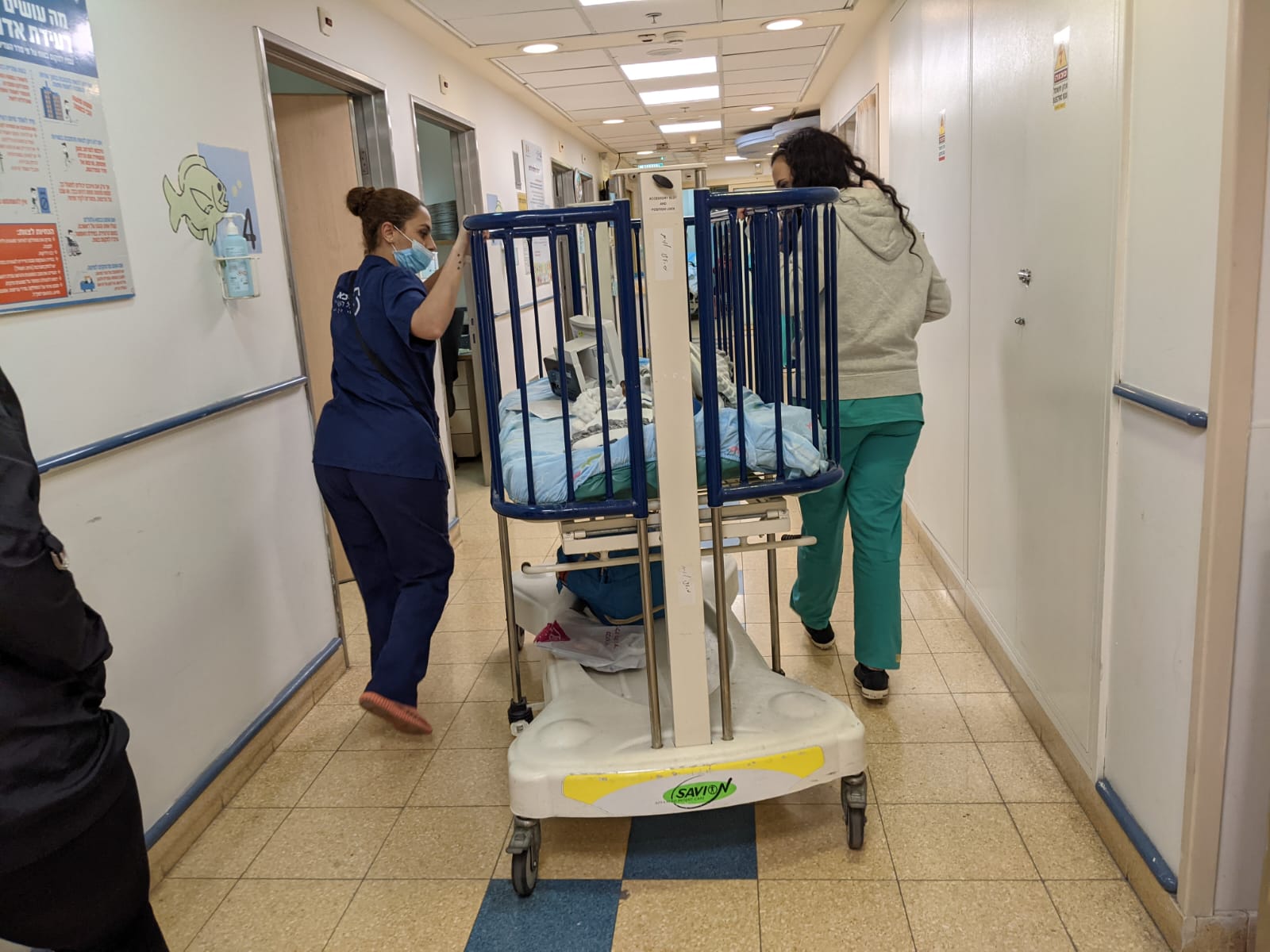 There, they gave Rohat a nebulizer to help with his breathing, set up the IV and would watch him around the clock, which they began doing the moment we arrived: 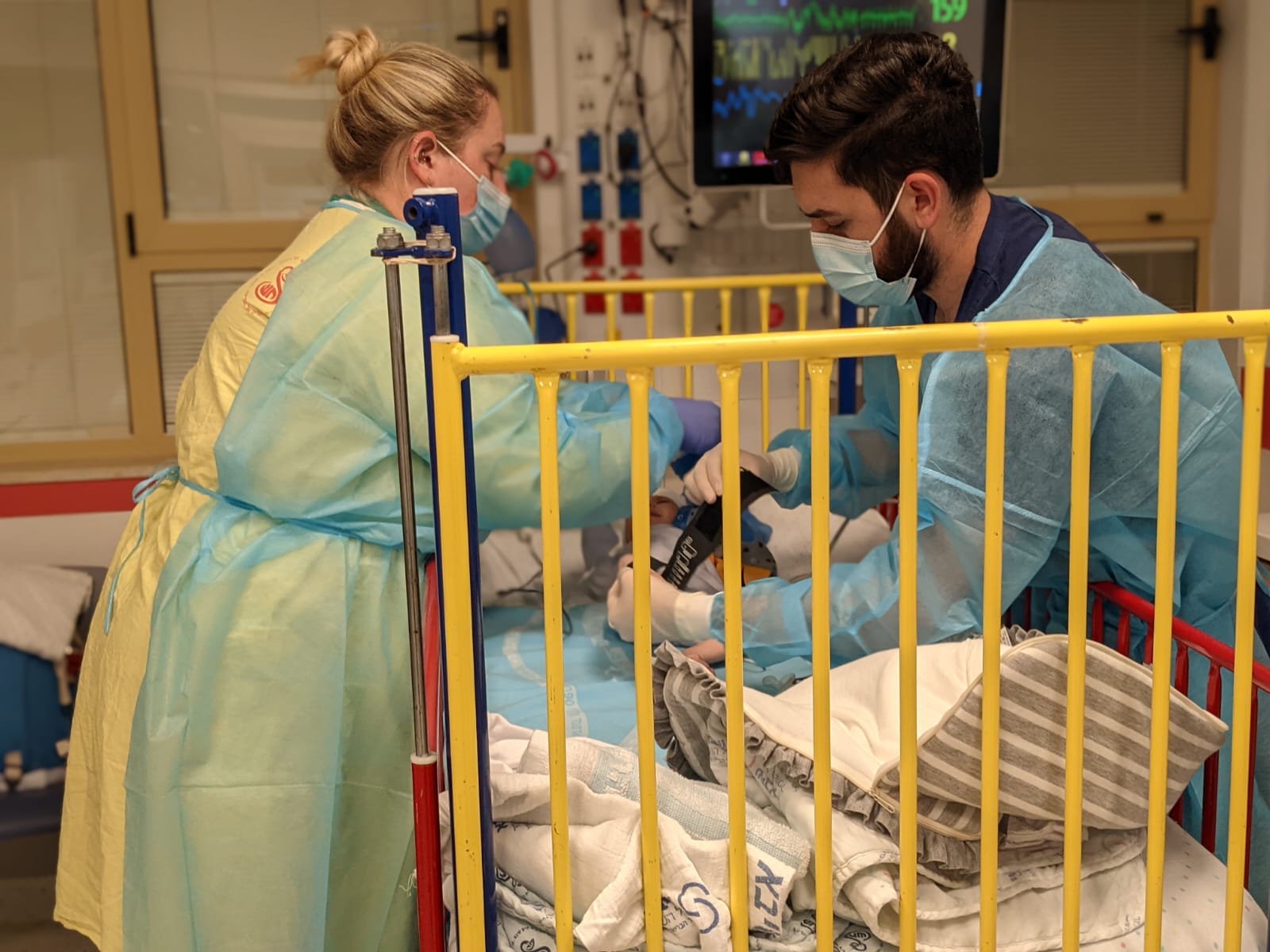 We are thankful for a caring facility in Sheba Hospital that responds in a state of readiness toward those in need whether by day or, in this case, by night.

Rohat from Kurdistan just arrived at the Ben Gurion Airport and went to the hospital immediately with his mother today for his initial assessment. He had an appointment for an echo so that the doctors can make the decision about the next steps.

Rohat is stable and will have a surgery, but we don’t know the date yet. His mother was very tired from the journey by plane, but she seems very friendly and I’m looking forward to spending more time with her together after their quarantine in our Guesthouse in Jerusalem. 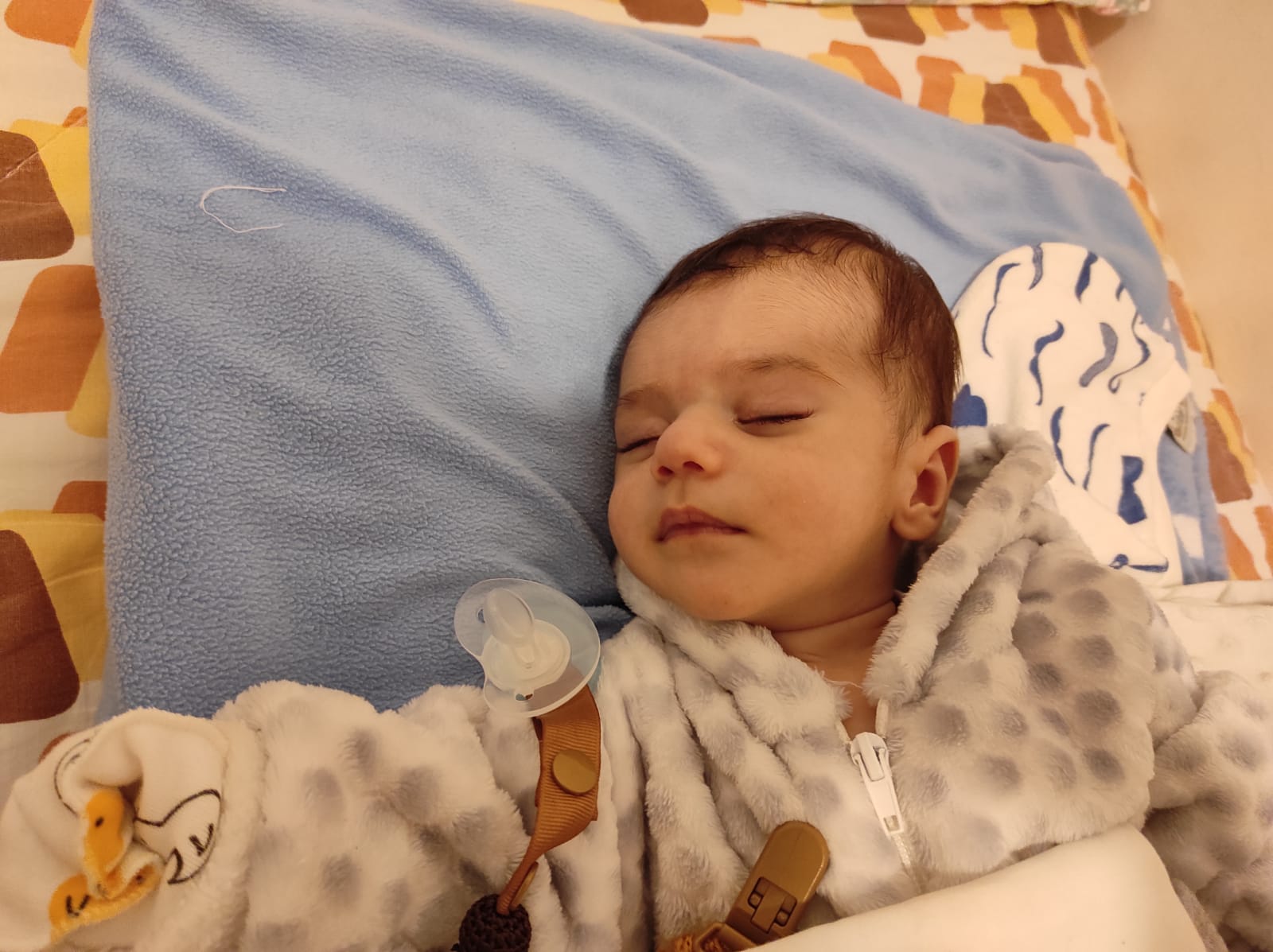 Please pray that Rohat’s mother will feel welcome here and that Rohat will remain stable until his procedure. 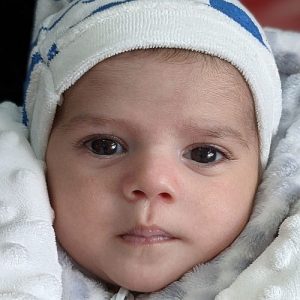 Rohat is a two month old child from Kurdistan, northern Iraq diagnosed with transposition of the great arteries.

Rohat does not yet have a local leader to advocate for prayer and financial support for his surgery.

As of right now, Rohat still needs $7000 toward surgery and related expenses.